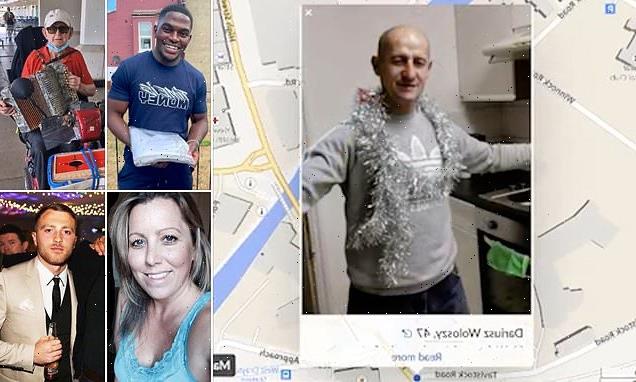 Another year of bloodshed in the capital: Interactive map reveals EVERY London murder of 2022 with grim tally of 106 victims – despite Met chief Sir Mark Rowley claiming city is ‘fantastically safe’

The number of murders in London fell by 17 per cent during 2022 according to provisional figures collated by MailOnline, declining from 132 in 2021 to 106 at the end of last  year, with the country’s top police officer insisting the capital is ‘fantastically safe’.

Among teenage boys, in 2021 there were a record 30 murdered. Last year this fell to 13 – a 57 per cent drop – but knife crime is still a major problem in the capital as almost 60 per cent of those killed, died from knife wounds. One teenage girl, Sabita Thanwani, 19, was murdered. Her body was found at the halls of residence at City University on March 19.

The first murder victim of 2022 was Dariusz Wolosz, 46. He was stabbed to death in early hours of the morning on January 4 on Tavistock Road, West Drayton.

The final victim of the year was 39-year-old Stephanie Hansen. She was found at a house on Willenhall Drive in Hayes at 10.13am on New Year’s Eve.

Yesterday, Metropolitan Police commissioner Sir Mark Rowley insisted that the capital was not dangerous. Addressing the media, he said: ‘London is a fantastically safe global city. Of course no city’s perfect, but if you look at crime rates… it’s a safe place to live and work and enjoy yourself.’

How to use the interactive map:

Click on an individual name on the sidebar on the right and the map will automatically zoom to the location. It is then possible to read further about each crime and follow the link to the original MailOnline coverage. You can also scroll around the map and zoom into a particular neighbourhood before clicking on the dot to find out more about the victim.

Your browser does not support iframes. 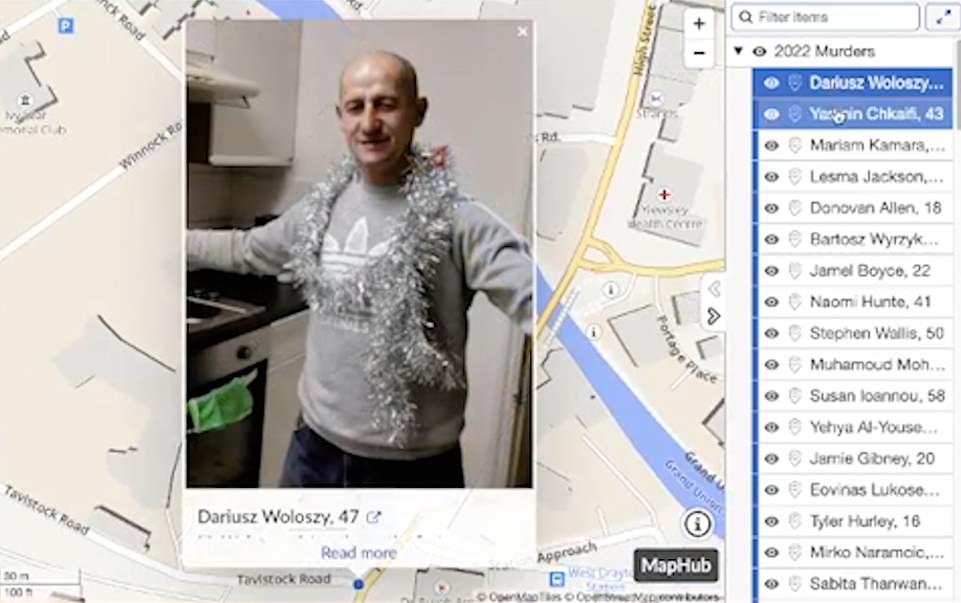 To use the map, click on a name on the right hand side bar and it will zoom to the location. From there you can read more about what happened and follow a link to the original MailOnline story 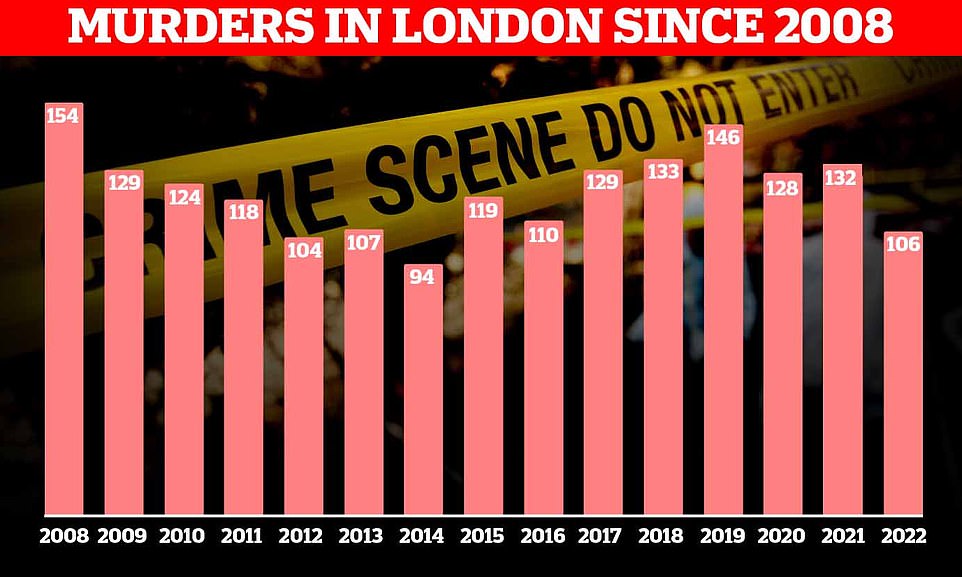 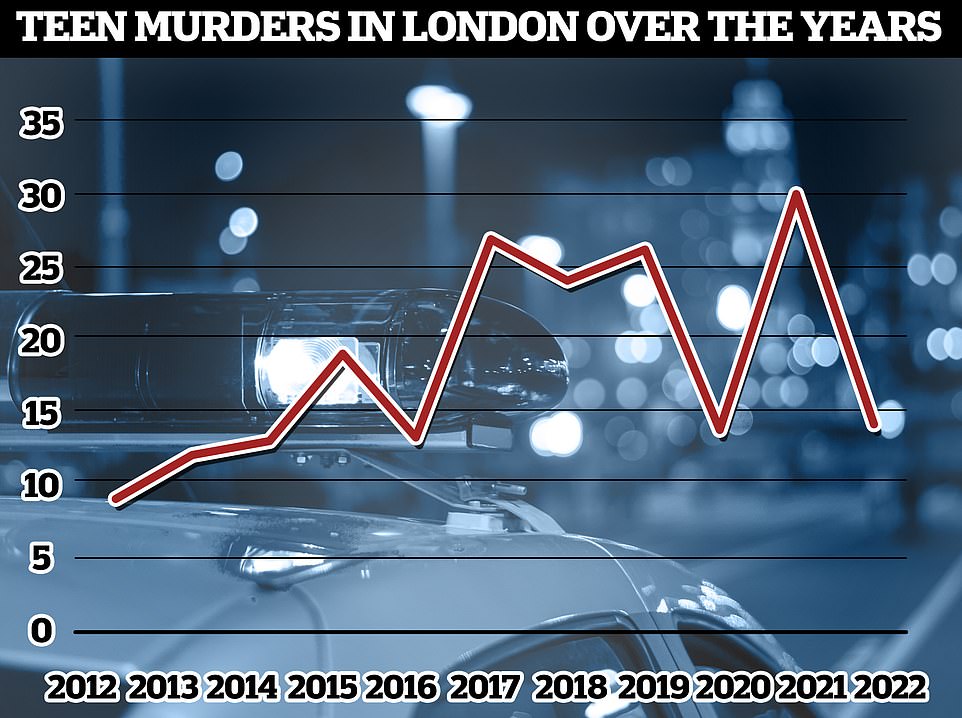 A total of 14 teenagers were murdered in London last year. Of that figure, 13 were boys who were victims of stabbings

The youngest murder victim of 2022 in the capital was 11-month-old Hazel Prajapati, who died in Great Ormond Street Hospital in September 20.

The oldest victim was Thomas O’Halloran, 87, who was stabbed to death in Greenford, west London on August 14.

A total of four children were murdered, including brothers Marley and Elijah Thomas, aged five and two. They were found dead at their home in Dagenham on December 16. Their mother Kara Alexander has been charged with their murder.

Commenting on the recent figures,  Susan Hall AM, leader of the GLA Conservatives, said: ‘Sadiq Khan has let Londoners down.

‘Crime remains high and both the Met Police and the London Fire Brigade are in special measures. 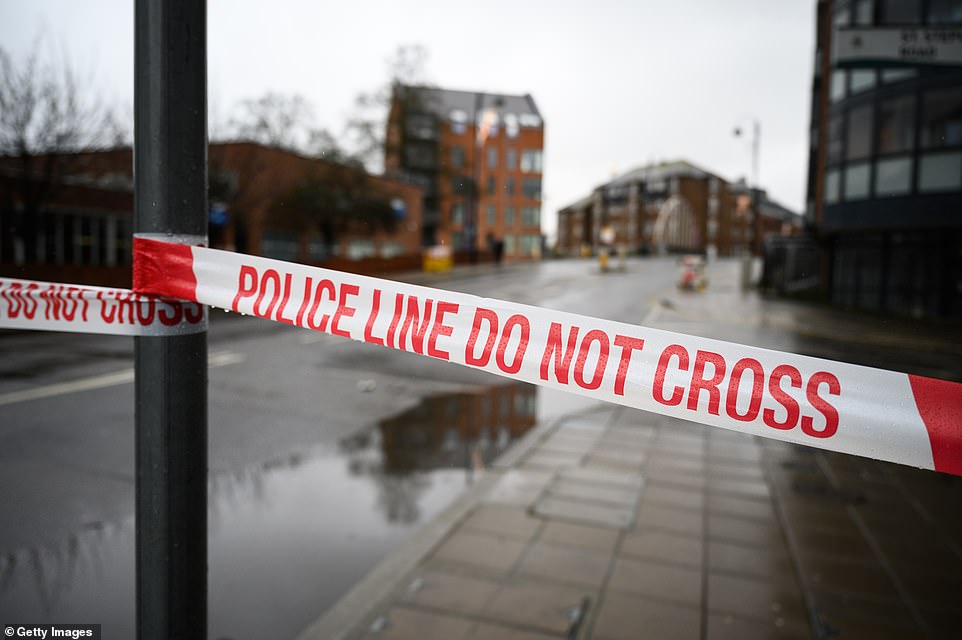 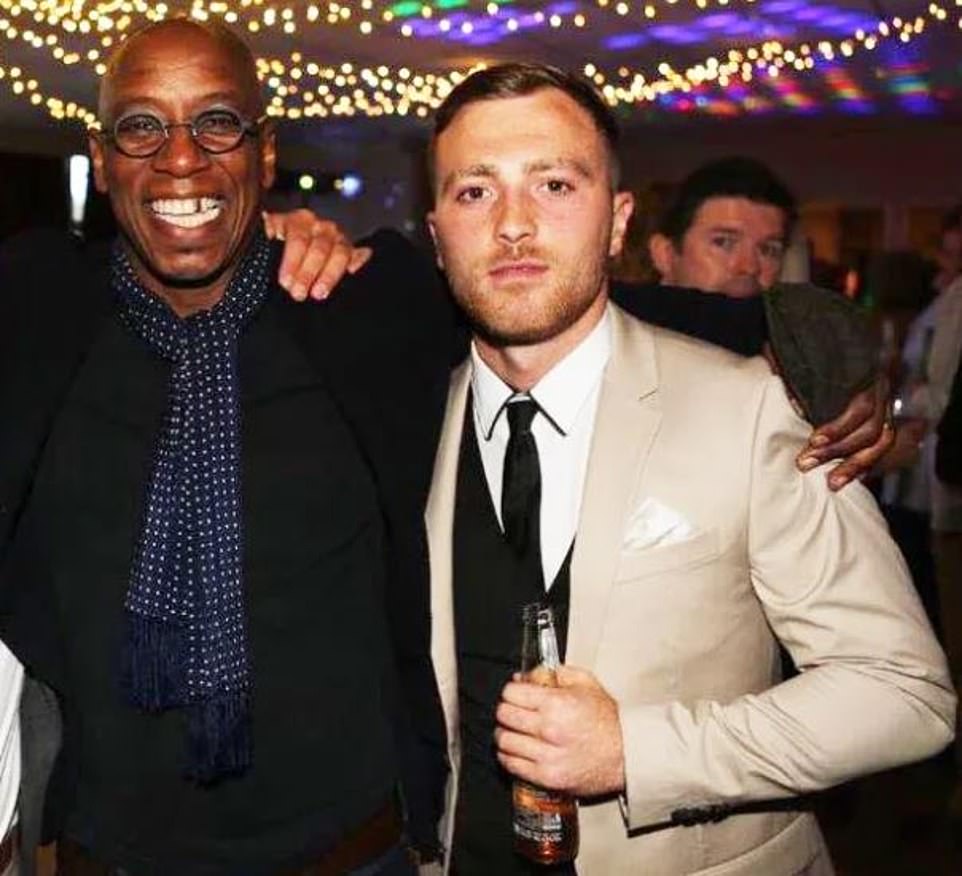 Reece Newcombe, pictured, was slashed with a glass bottle and killed on Richmond Bridge on November 26. He was a boxing trainer and friend of legendary Arsenal striker Ian Wright, pictured left 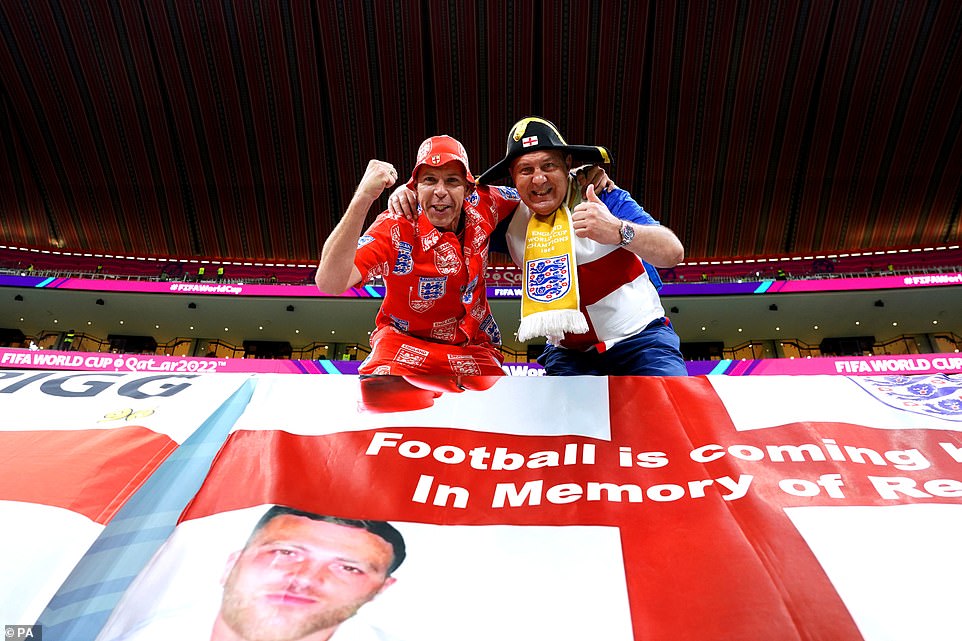 While the murder rate in the capital has reduced over the past 12 months, according to the Office for National Statistics, the Metropolitan Police responded to 13,405 knife crime incidents between October 2021 and June 2022.

The statisticians took figures from across England and Wales which showed there were 679 homicides during the 12 month period, with 258 involving a knife or another sharp implement.

According to figures collated by MailOnline, of the 107 murders recorded in London during 2022, 64 of those deaths were as a result of stabbings or other sharp force injuries, such as Ian Wright’s boxing trainer friend, Reece Newcombe, who died after being stabbed by a piece of glass on Richmond Bridge, southwest London on November 26.

Some 14 people died as a result of assaults or strangulation, 18 deaths were unexplained or inconclusive – especially in cases where a body had been decomposed. 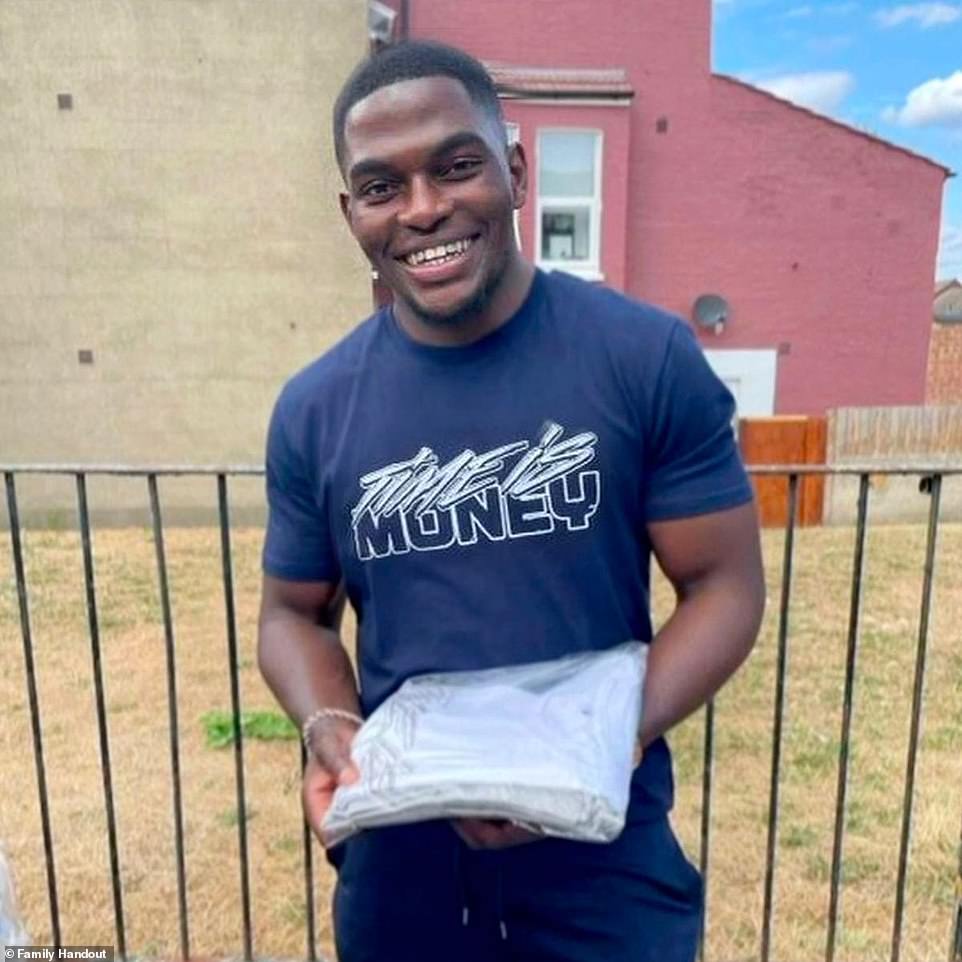 Chris Kaba, pictured, was shot dead by the Metropolitan Police in Streatham Hill, south London on September 5. The firearms officer who discharged his weapon has been suspended from duty while the Independent Office for Police Conduct completes a homicide investigation into the incident 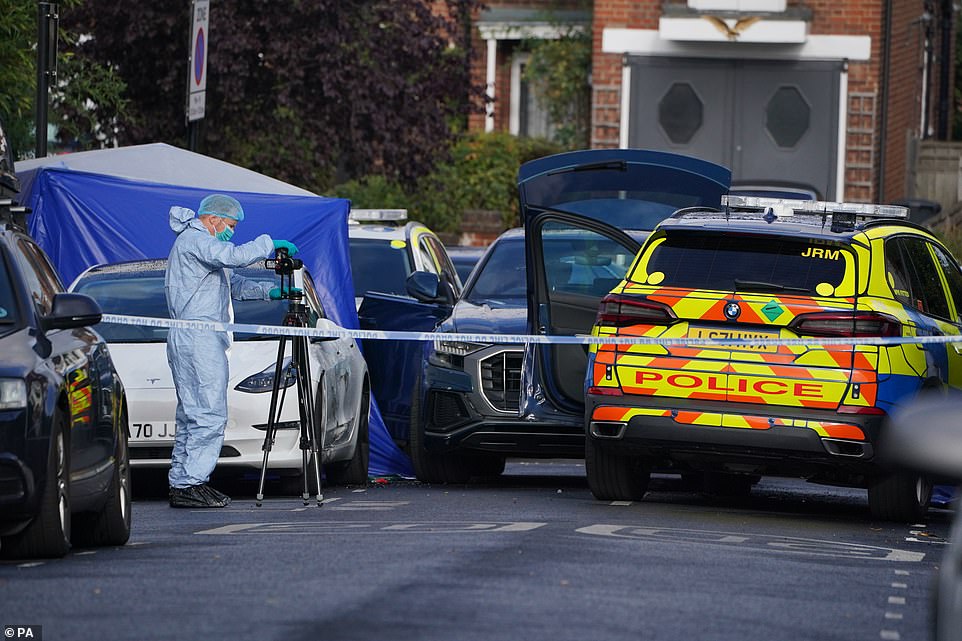 Mr Kaba was boxed in by police on Kirkstall Gardens, Streatham, pictured, when a single round was fired by an armed officer

Deliveroo driver Guilherme Messias Da Silva, 21, was on one of his final shifts in London as he prepared to return to escape London’s spiralling cost of living crisis when he was caught up in a gangland assassination.

The young man was on Railton Road in Brixton on Sunday, October 30, when a gunman targeted Lemar Urquhart – known as Perm. During the gangland hit, Mr Da Silva was knocked off his scooter and killed. Moments later Mr Urquhart was dead, having been shot at least eight times. He was one of seven people who had been shot to death in the capital during 2022.

Among the seven gun-related homicide investigations is that of Chris Kaba, who was shot dead by the Metropolitan Police in Streatham during a tactical stop on September 5. The Independent Office for Police Conduct later announced it was launching a criminal investigation into the shooting, prompting Scotland Yard to place the officer on suspension. 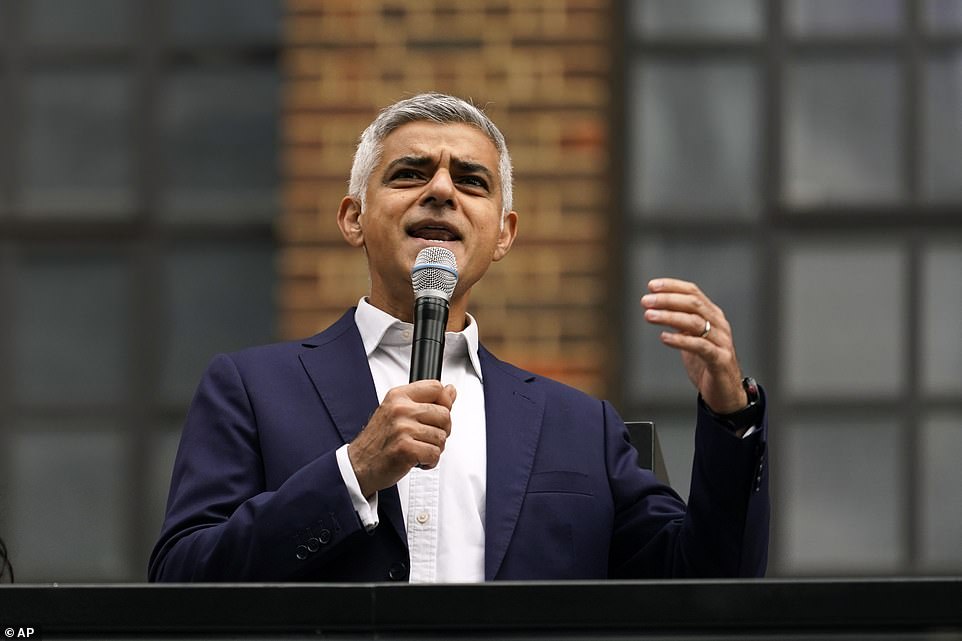 Mayor of London Sadiq Khan, pictured, has been criticised by rival Tories on the London assembly over the city’s murder rate. However, his office said the situation was improving as a result of record investment in the police

A spokesman for Sadiq Khan said: ‘Tackling violence and making London safer is the Mayor’s top priority and he’s determined to build on the progress being made in the capital by continuing to be both tough on crime and tough on the complex causes of crime.

‘Record investment from City Hall in the police and in prevention and early intervention through London’s Violence Reduction Unit has led to violence in the capital reducing since 2016, with knife crime, gun crime, burglary and teenage homicides all falling – bucking the national trend. And last year the number of murders in London was at its lowest since 2014, with teenage murders falling by more than 50 per cent compared to the previous year.

‘But the Mayor is clear that one death is too many and the level of violence in London remains far too high. That’s why he is continuing to take action by supporting our hardworking police officers, expanding neighbourhood policing and investing record amounts in early prevention and support programmes for young Londoners. This includes intervening at critical stages in their lives and providing positive opportunities, support and mentors to help divert vulnerable young Londoners away from violence and towards training and employment.’ 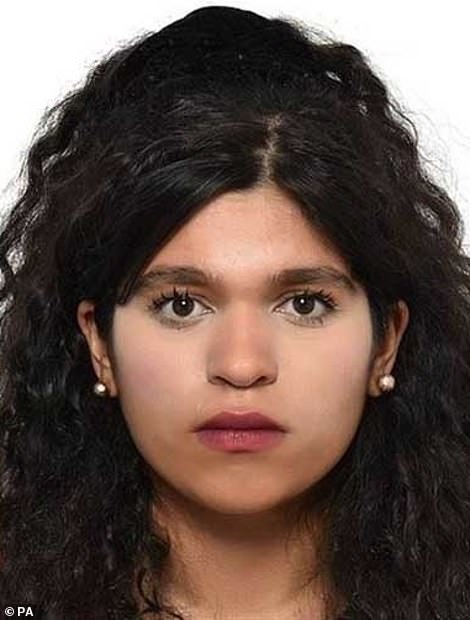 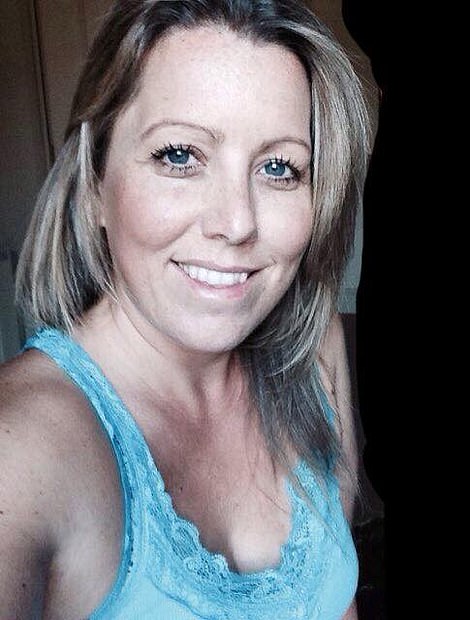 Sabita Thanwani, 19, left, was murdered in her student accommodation at City University in Clerkenwell in March 2022. She was the only female teenager murdered in the capital last year. She had suffered serious injuries. Kara Alexander, 44, right, has been charged with the murder of her sons Marley and Elijah Thomas, aged five and two. They were found dead at their home in Dagenham on December 16 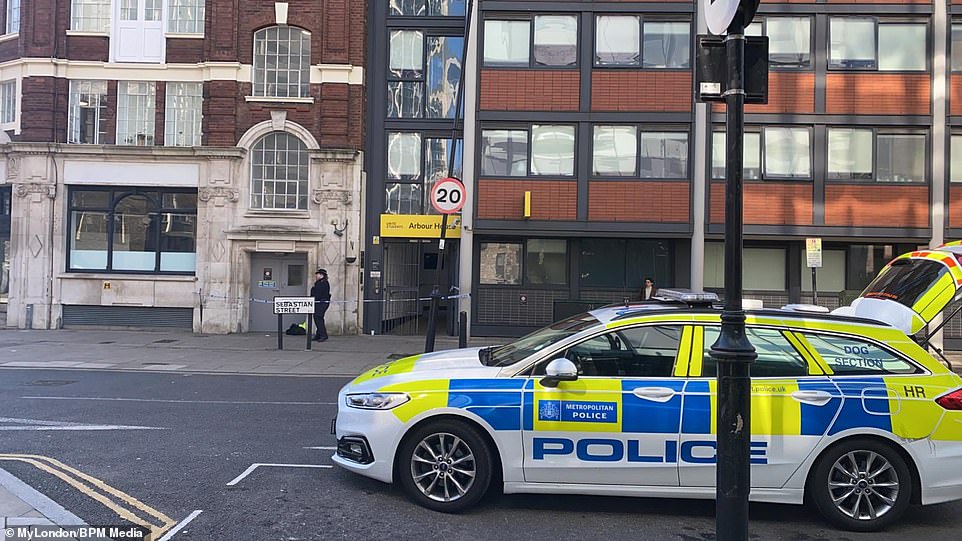 Police were called to Arbour House in Clerkenwell on March 19 following reports that a female student had suffered serious injuries. Ms Thanwani was declared dead at the scene

The 12 months to May 2016 was the last period that Mr Khan’s predecessor Boris Johnson was in charge at City Hall.

They mayor’s office also cited a drop in gun crime by 21 per cent and burglary of 23 per cent.

According to the ONS the rate of violence in he capital per 1,000 of population in London is 26.97 compared with an average figure across England and Wales of 35.56.

Mr Khan was responsible for implementing the Violence Reduction Unit which seeks to prevent crime by early intervention providing opportunities for 100,000  young Londoners. His team suggests the results an be seen in reductions of the murder rate, knife crime and robbery.

The VRU is also responsible for trying to reduce the number of school exclusions.

Scotland Yard told MailOnline: ‘Each and every homicide is devastating – these are victims, not just statistics. They all have families, friends and loved ones that were left behind when their lives were tragically cut short.

‘Although the number of homicides fell last year, we are not complacent. We will continue to use every measure available to keep Londoners safe and bring offenders to justice.

‘Tackling violence remains front and centre of our focus and we are working with our partners and the communities we serve to target the root causes of these devastating crimes and find long-term solutions.’

According to the Met, there were 109 homicides recorded which is a 17 per cent reduction on 2021 and the lowest number since 2014.

Officers are investigating 14 teen homicides, which is a 53 per cent reduction on 2021 and the lowest since 2014.