GUN-TOTING militias are arming themselves across America as they fear a coming "Civil War" as Joe Biden prepares to become president.

Hundreds of far-right groups have sprung up across the US and are ramping up recruitment in the fallout from the highly charged election and the coronavirus pandemic. 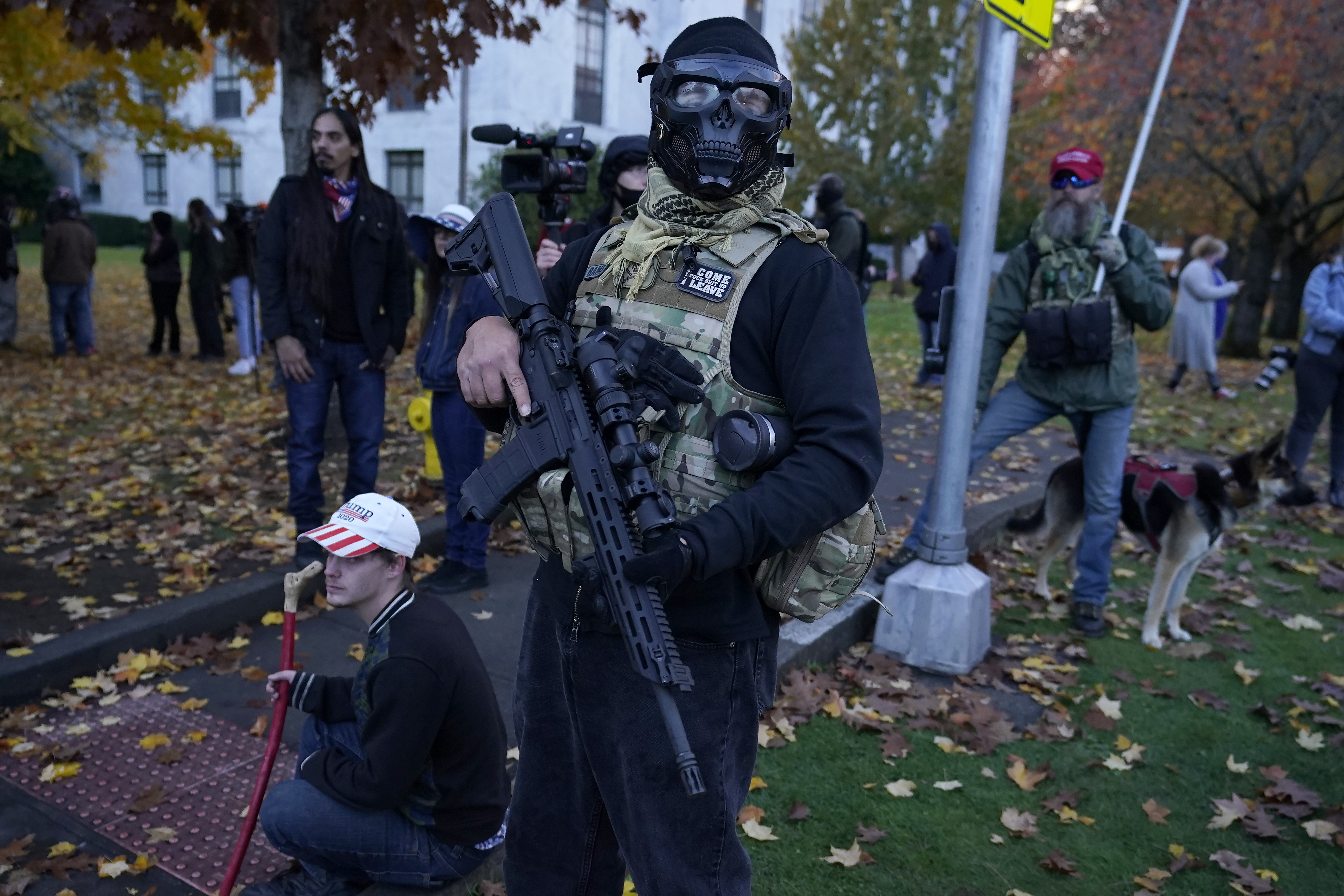 Online forum My Militia – which promotes itself as an "American Patriot Network" -has more than 20,000 users and has seen a flurry of activity in recent weeks.

The network claims there are 544 militias currently active in the US, carries instructions on how to make explosives and improvised weapons, survivalist tips, threads dedicated to conspiracy theories, and lists of names of members of "Antifa".

It come as President Donald Trump refuses to concede as he claims – without evidence – that the election is being stolen from him despite losing both the popular vote and electoral college.

Experts told The Sun Online these groups are being empowered by Trump'srhetoric and warned the United States is becoming a "powder keg" set to explode.

Dr Rakid Ehsan, a research fellow from think tank the Henry Jackson Society, said the rise of the these groups is "deeply concerning" for the US.

Many of the self-appointed militiamen say they are preparing to ride out mass civil unrest, others more dramatically predict an upcoming "Civil War", and then some are actively encouraging their comrades to take up arms.

"This country will never be the same. Bad s*** on the horizons here folks. Be Ready," warns a user named Ranger3%, from New Hampshire.

He has a picture of a man in combat fatigues and carrying a rifle on his profile, and identifies as a member of known far-right group The Three Percenters.

Pictures are shared by users as they goad each other to "prepare" by showing off weapons such as assault rifles and bear mace.

Disturbing content is filed away on the "resources" section of the website, which includes sections such as "intelligence", "tactics" and "munitions". 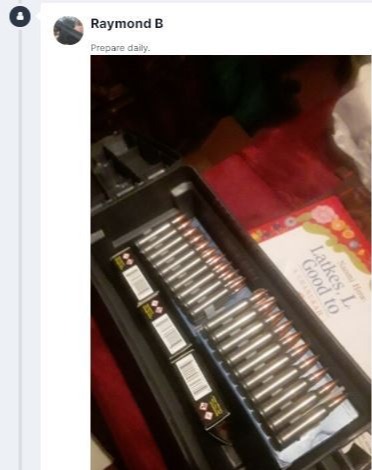 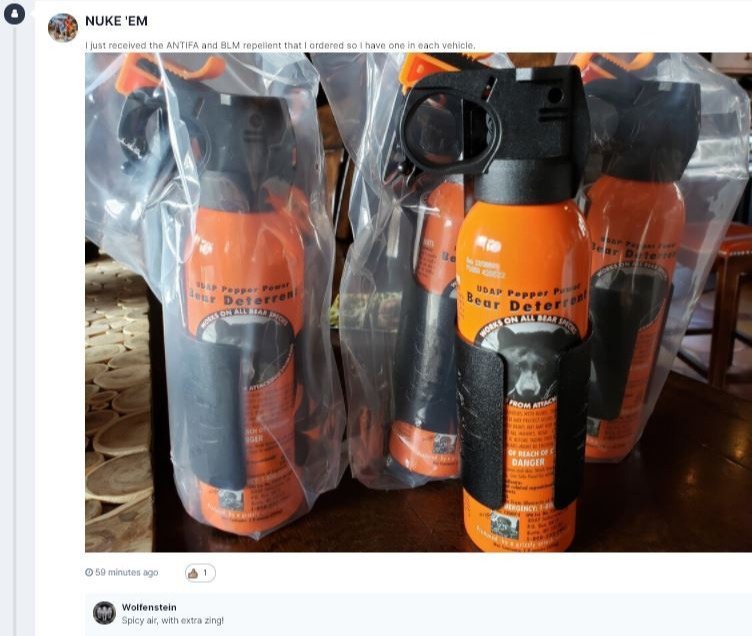 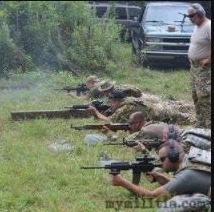 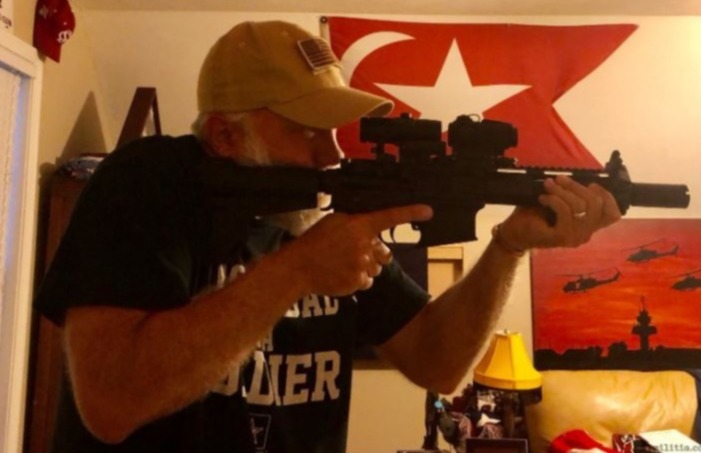 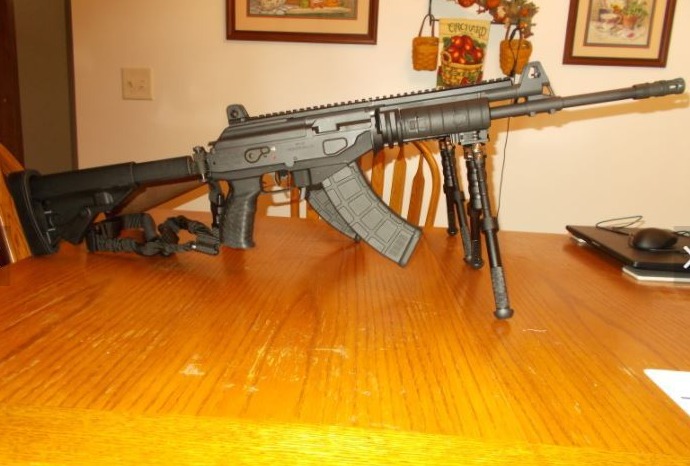 One post in the "intelligence" forum allegedly contains a lists of names of members of Antifa in Portland, Oregon.

And a post also publishes the names of 650 people who were said to have counter protested the Unite the Right rally in Charlottesville in 2017.

In the "tactics" section one user shares a video which details how to use legal parts to create a homemade silencer and how to convert a rifle into a machine gun.

Under "munitions" you can find links to documents such as the infamous Anarchist Cookbook, a manual that continues instructions on how to make bombs.

Threads even contain guides on how to construct a homemade grenade launchers, mines, flamethrowers, anti-tank weapons and even napalm.

Other posts detail how to make Molotov cocktails and how to set boobytraps like the ones used by the Viet Cong during the Vietnam War. 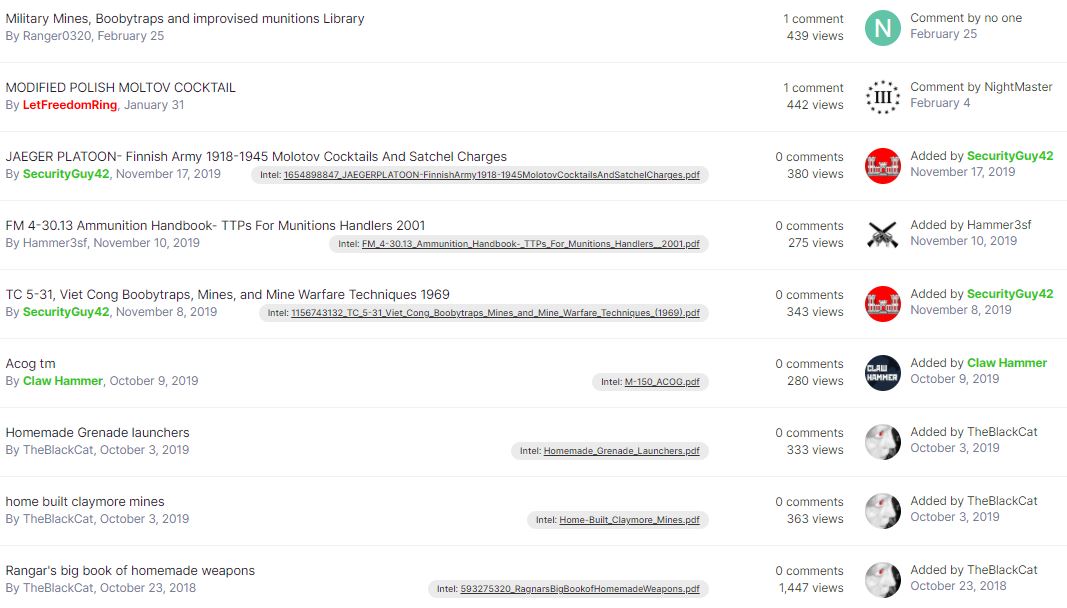 One user named Cherokee, from Alabama, posted warning users "get ready for Civil War II" with a screenshot of a tweet by Biden pledging to tackle gun violence.

He writes: "All my assault rifles self-identify as muskets. Y'all this is the call to be at the ready. If I ain't never felt it before, I feel it now."

Another, named Andrea M, from Maryland, writes: "If Biden succeeds in stealing the vote, our country will cease to exist. Now is the time to fight for our country. "

And in one thread asking "what would a modern day civil war look like?" users fantasize about an upcoming conflict in the US.

Marcusd, from Colorado, who claims to be an Iraq War veteran, writes: "I have served my country once already in combat. I am not afraid to do it again."

Another thread urges users to "sit at the war table" and rise up to make sure Trump wins.

OkieSwampFox, from Oklahoma, writes: "Even if he doesn't win…We need to make sure that he does…we must be ready to defend our rights.

"There is no turning back now."

Other common threads have the users railing against tech companies and the media, discussing fears over Democrats trying to take away their guns, and talking about voter fraud. 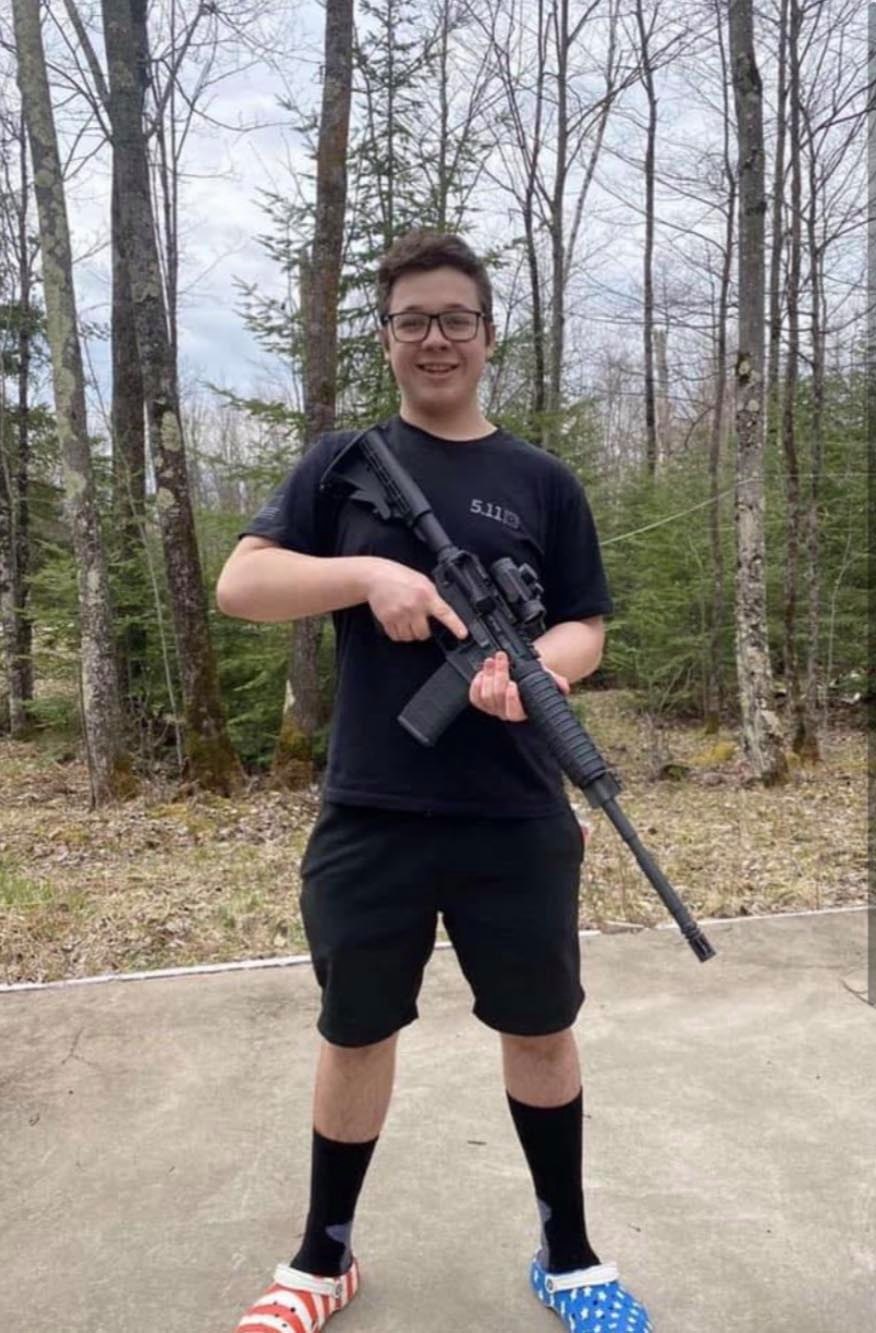 Dr Ehsan told The Sun Online the situation is a "powderkeg" as he warned these groups want to "take the law into their own hands".

"The US is a fairly young country, and they have a very big decade coming up," Dr Ehsan said.

"We have organisations of this nature in the United States for decades, but what I sense is there has been an acceleration of their growth and their rank and file memberships."

He continued: "Mainstream conservatives questioning American democracy and the rule of law after the election could be seen as legitimizing these militia groups."

Dr Jessica White, a research fellow at the Royal United Services Institute, told The Sun Online that Trump's rhetoric is helping to "empower" these groups by spreading false narratives about the election.

She told The Sun Online the coronavirus pandemic has also helped "open a space" where conspiracy theories and extremist content can thrive and to a degree become "normalized".

"The polarization of the political climate is incredibly toxic," Dr White said.

"Trump himself has encouraged in some ways the right wing extremists to respond to Covid, respond to racial injustice protests and respond to what he views as an illegitimate election.

"Those have all combined and fed the environment for these groups to thrive." 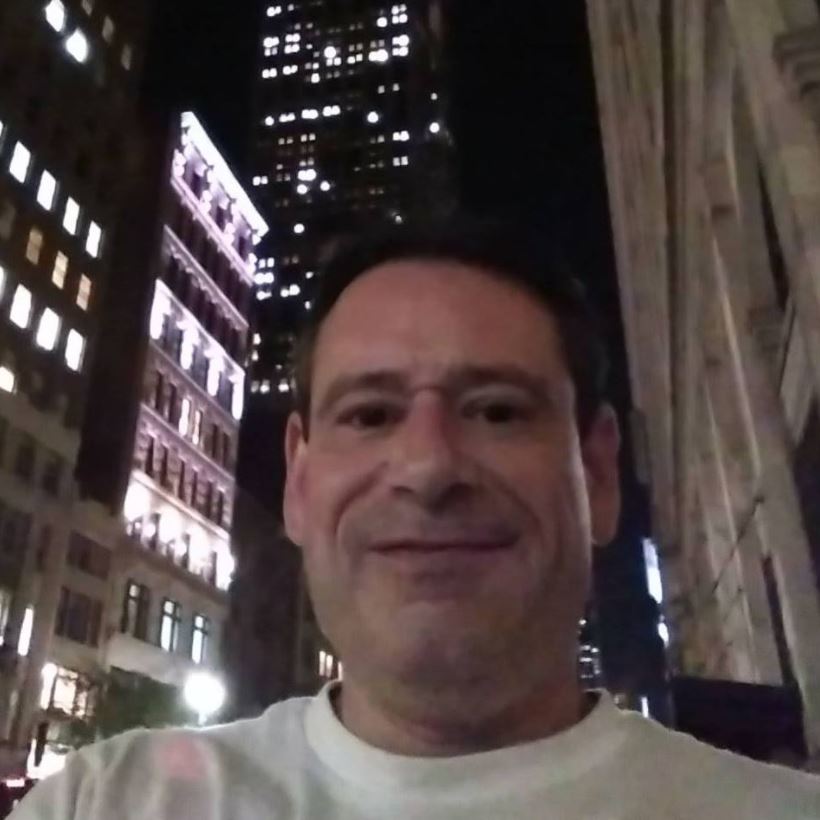 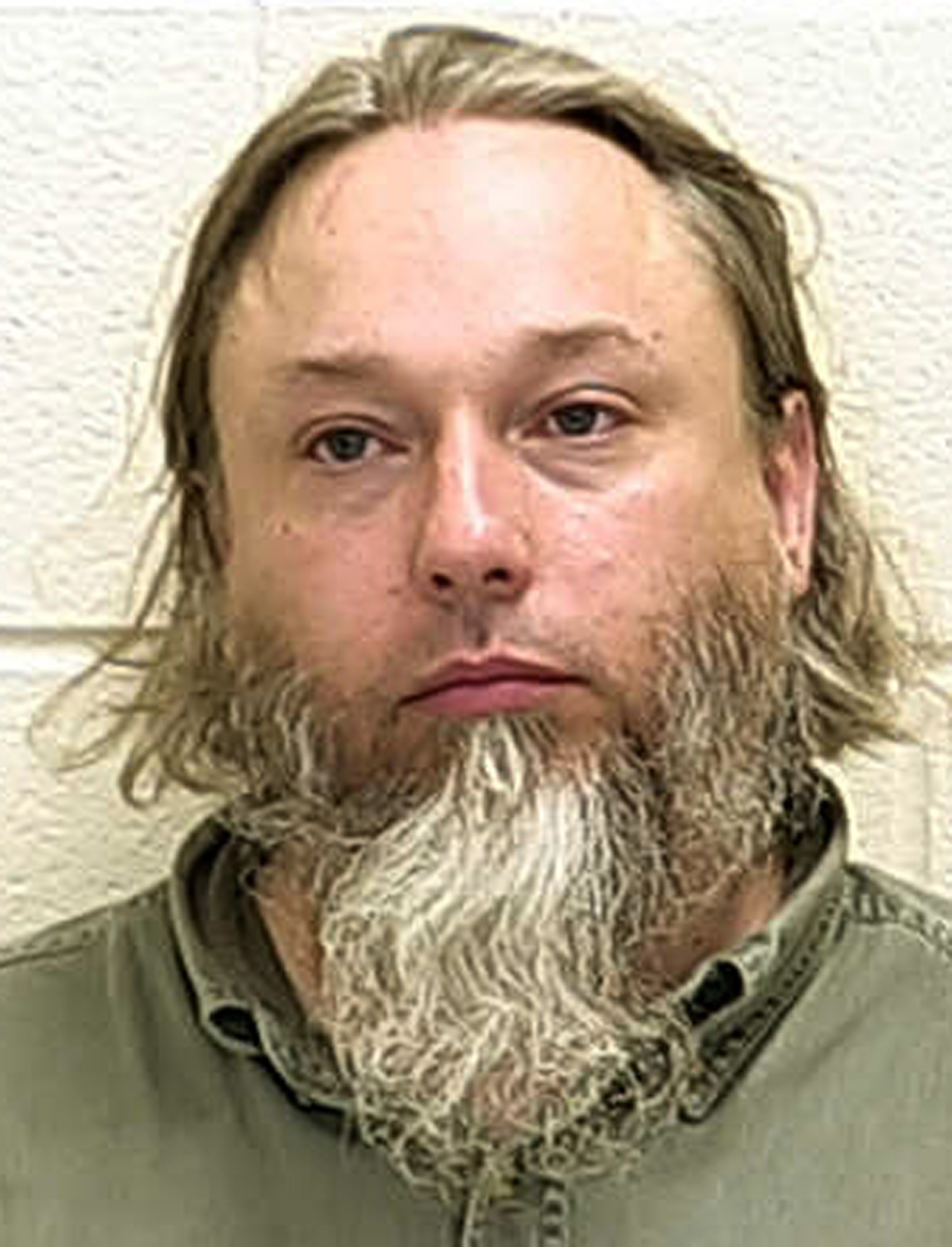 My Militia has already been linked to violence, with Brian Maiorana arrested after he threatened Democrat senate minority leader Chuck Schumer.

Maiorana, 54, from Staten Island,is reported to have used the site as he called for "pipe bombs" to thrown at "mobs of potentially non-violent protesters".

Police found the sex offender had in his possession a semiautomatic pistol, a Taser, a crossbow, an expandable baton, the upper portion of an AR 15 assault rifle, and several rounds of ammunition.

Suspected mosque bomber Michael Hari, 49, is also reported to have used the site to try and organize his "White Rabbit Militia".

Prosecutors say he attacked with Dar Al Farooq Islamic Center in Minneapolis – as well attempting to bomb a women's clinic in Champaign, Illionis.

He is reported to have used My Militia to attempt to call people to take up arms in his hometown of Clarence as he was on the cusp of being arrested by the FBI. 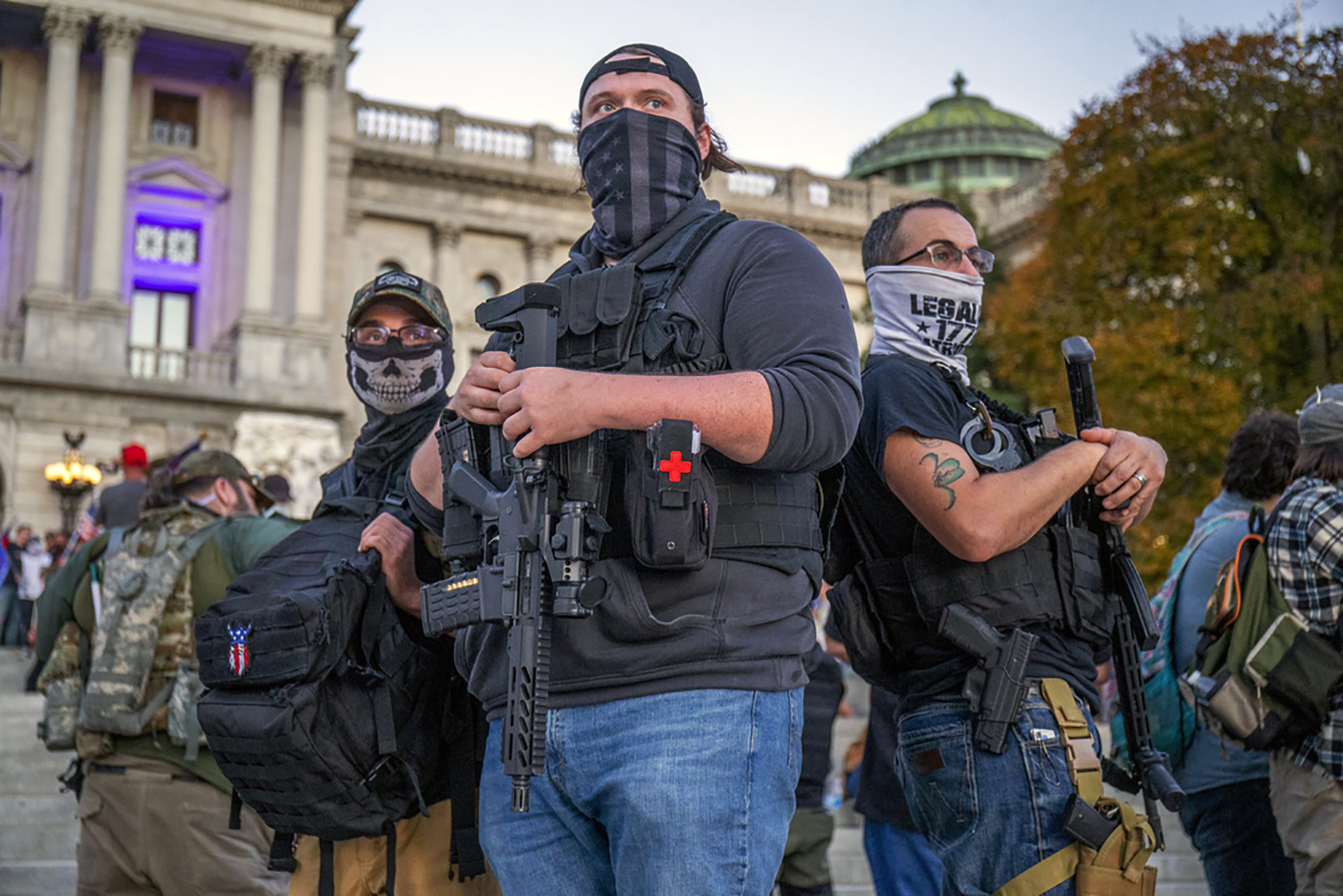 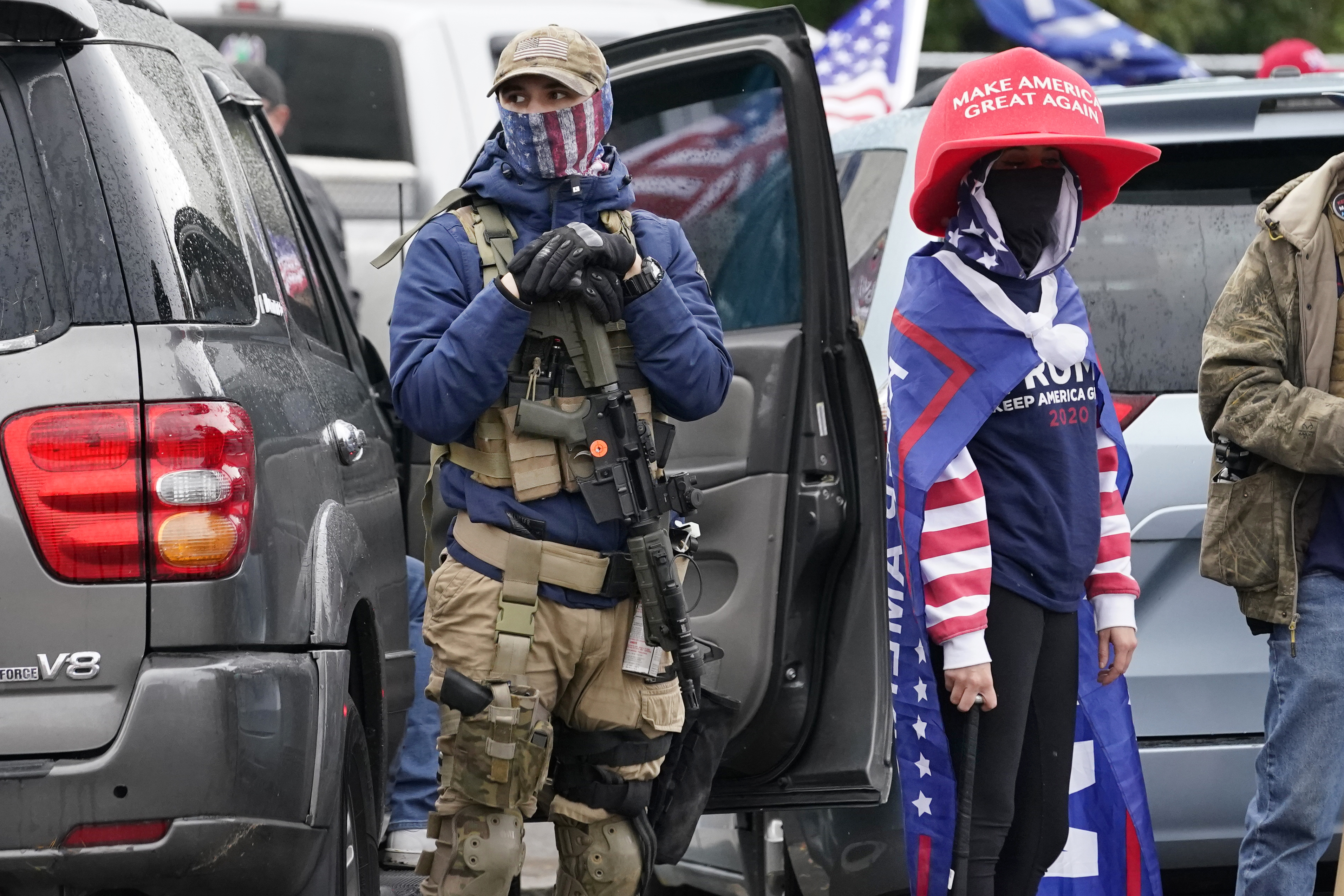 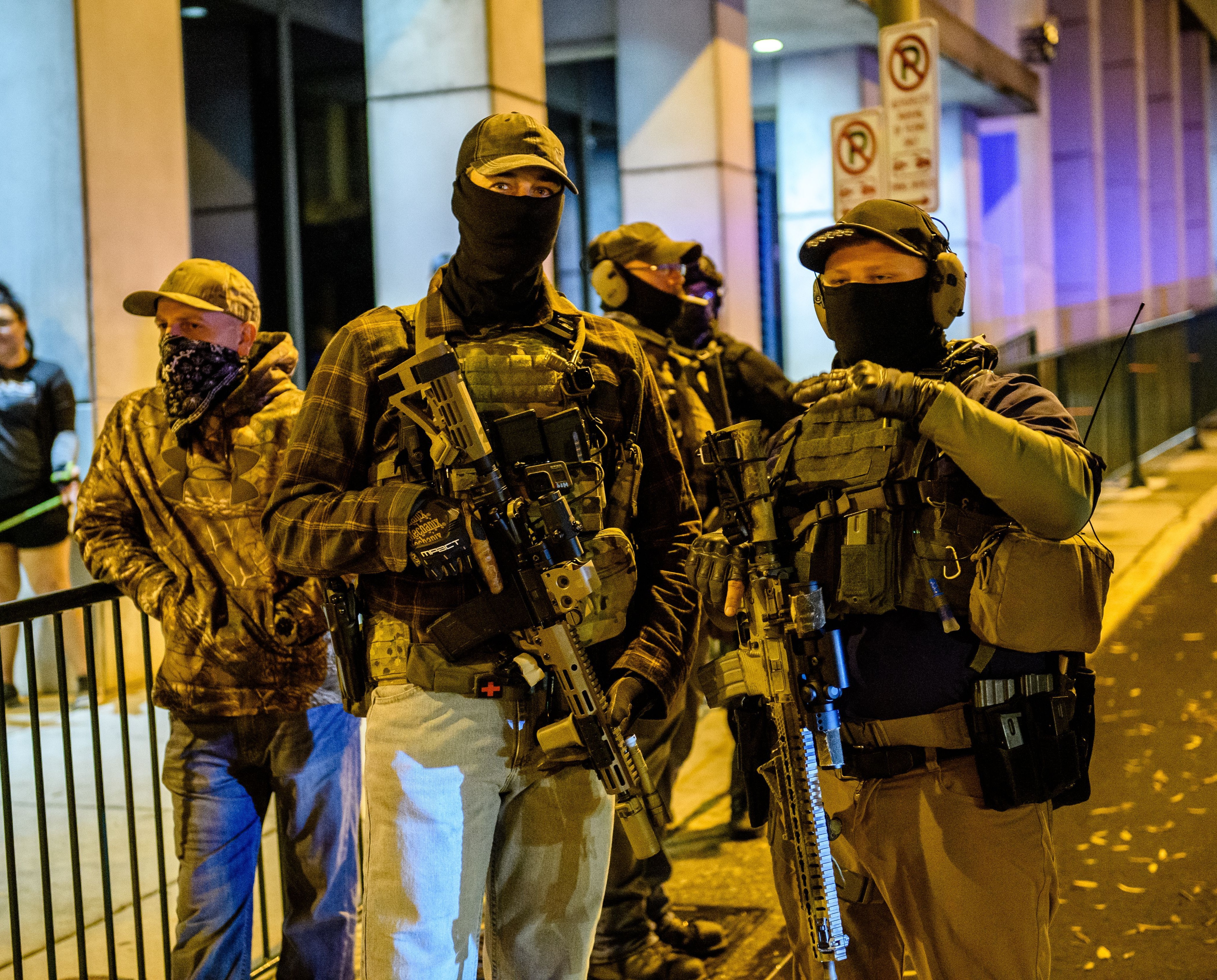 Trump has been condemned throughout his presidency for failing to take a tough enough line on far-right and white supremacist groups.

The President even said during the first debate with Biden that far-right group the Proud Boys should "stand back and stand by" – a comment he later disavowed but that was seized upon by the organization.

He chillingly warned members of the group are "posted outside DC" ready to take action to keep Trump in power.

It comes as Trump fired Chris Krebs, the director of the Cybersecurity and Infrastructure Security Agency, after he defied the President by not endorsing his claims of voter fraud.

The President and his team continue to dispute the results of the election – with Rudy Giuliani holding a sweaty press conference in which he claimed there was a "centralized" Dem plot to steal the White House.

Trump's rheotic has inspired "Stop the Steal" rallies across the US, and an event last weekend at Washington dubbed the Million MAGA March – even though it only involved thousands of people.

Despite his insistence he won, Biden and his vice president Kamala Harris remain expected to be sworn in on January 20.