BULGARIA'S footy fans shocked the world with disgusting displays of racism in the stands during England's Euro 2020 qualifier in October.

Nazi salutes were flung up and monkey noise chants echoed through the air, forcing two stoppages of play, as the Three Lions doled out a 6-0 drubbing in Sofia. 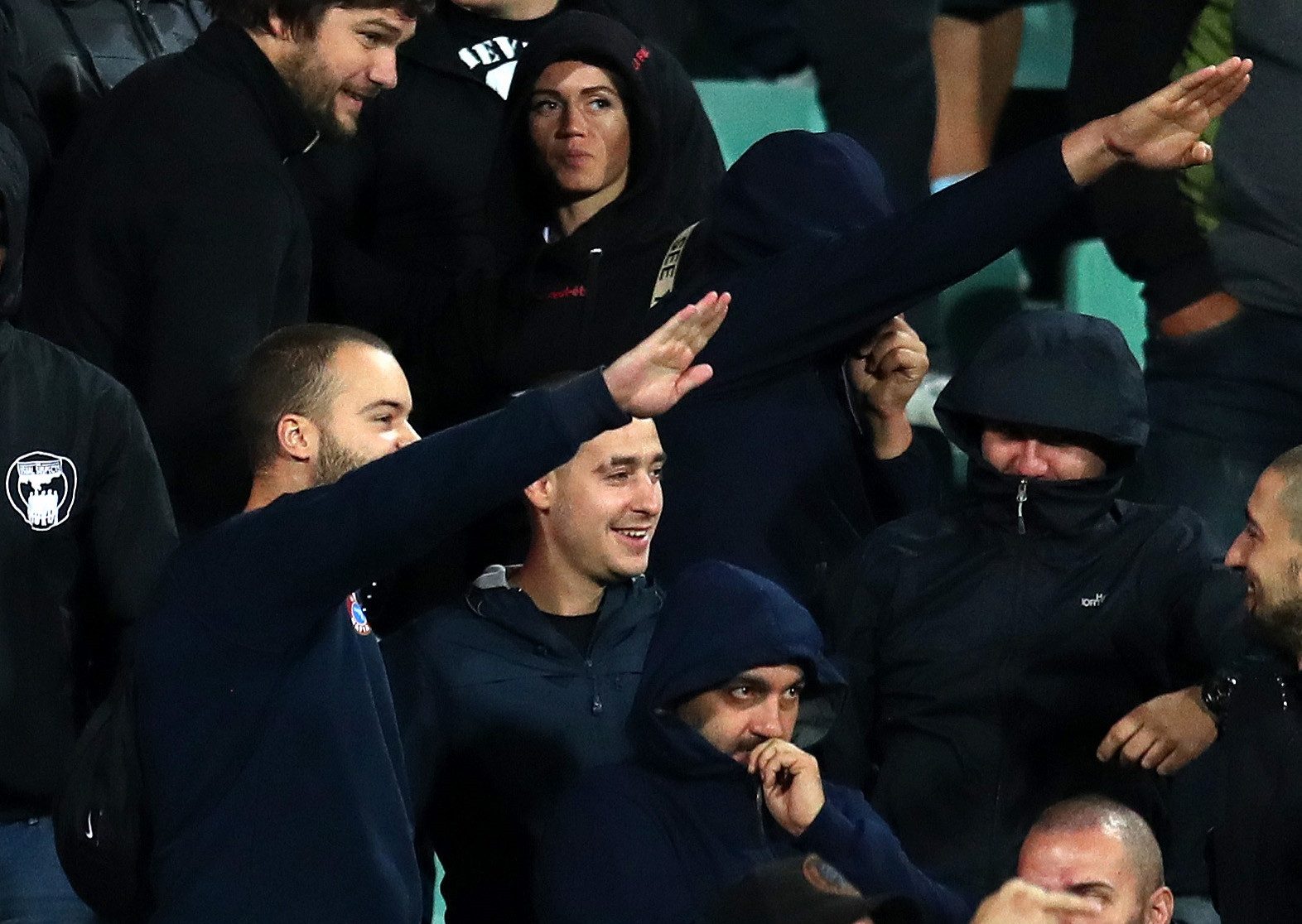 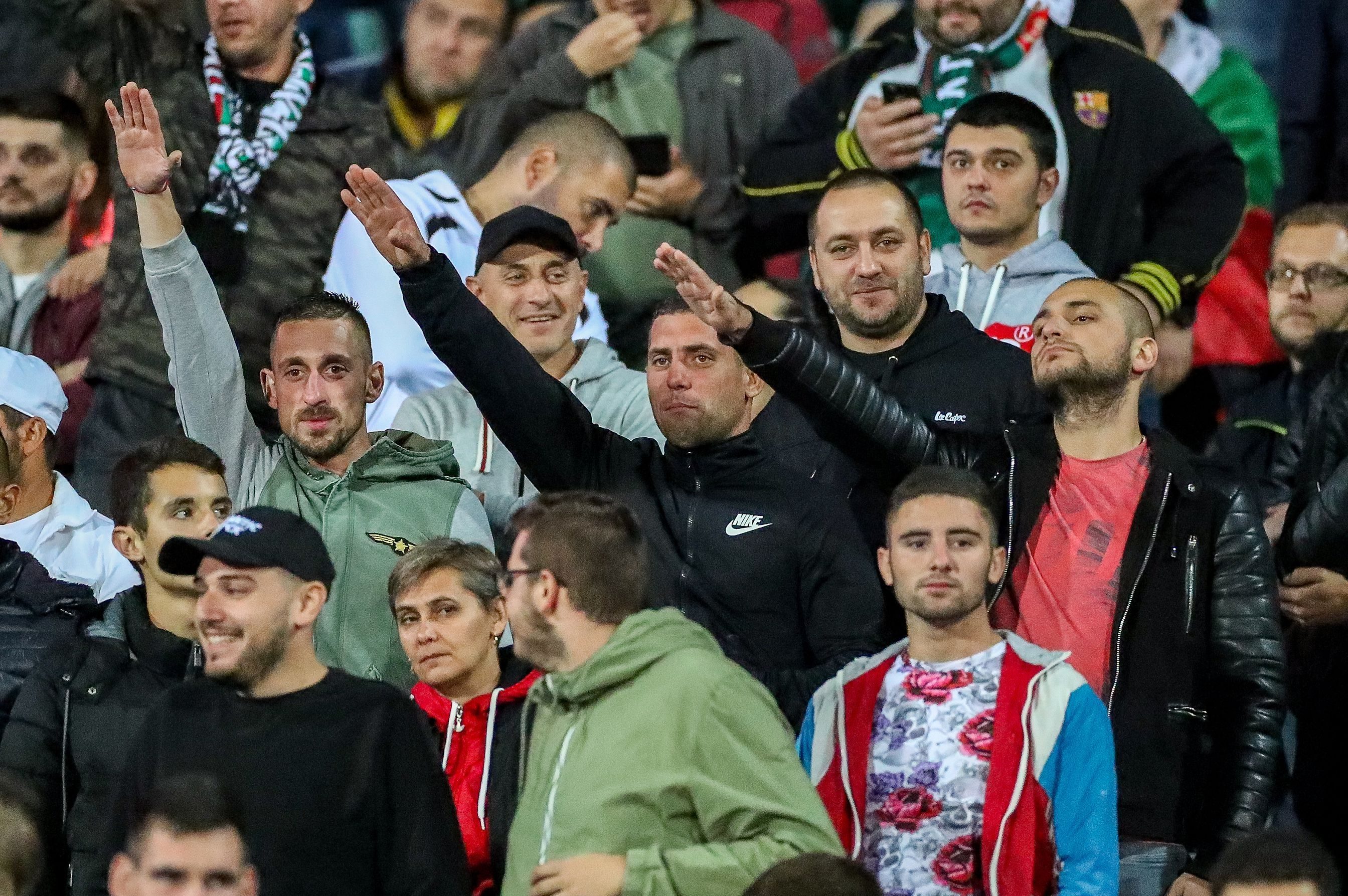 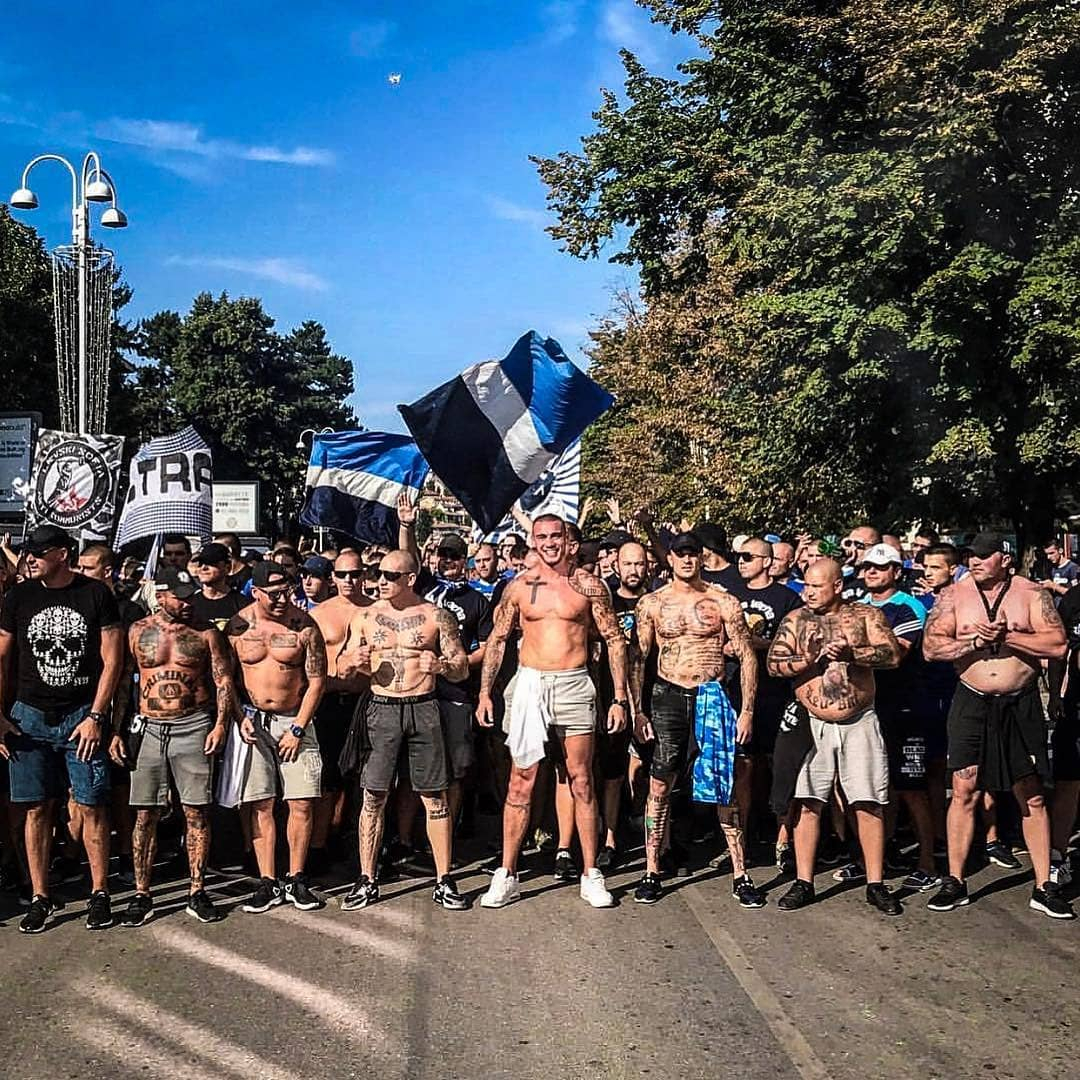 It came just five days after Borislav Mikhailov, president of the Bulgarian Football Union, insisted the country had no ­problem with racism.

But evidence from the England game, and earlier years, points to a long history of far-right violence tied up in the country's football scene.

Pitched battles between sets of rival hooligans are commonplace in the country, and they even have a set of rules to follow in combat. 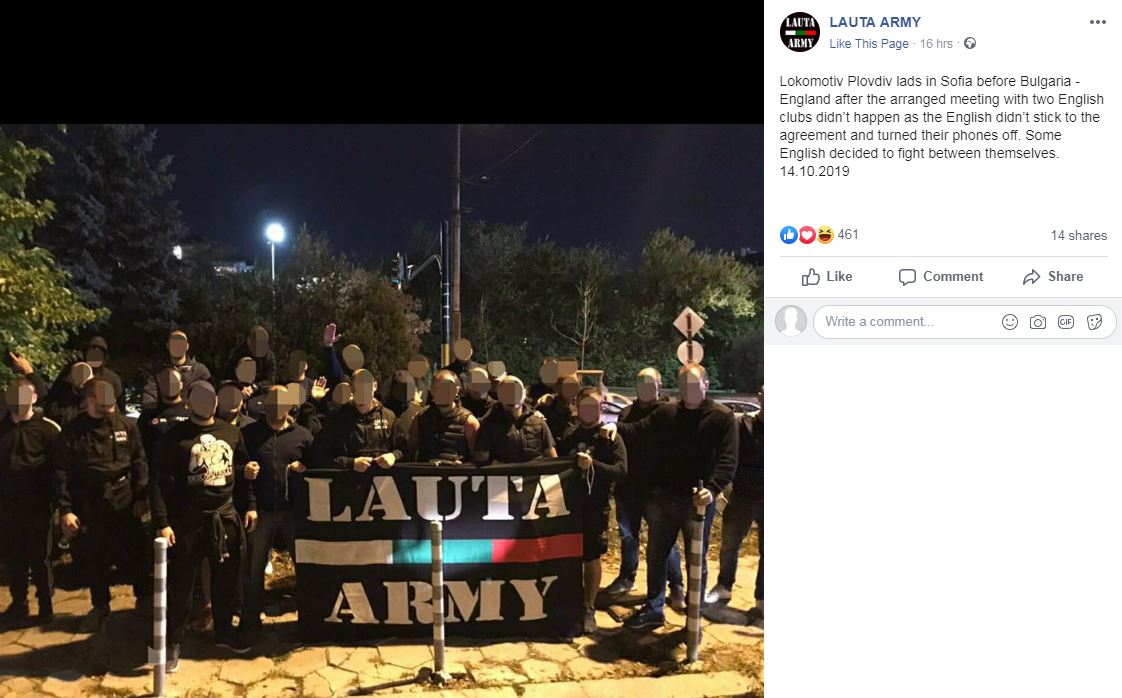 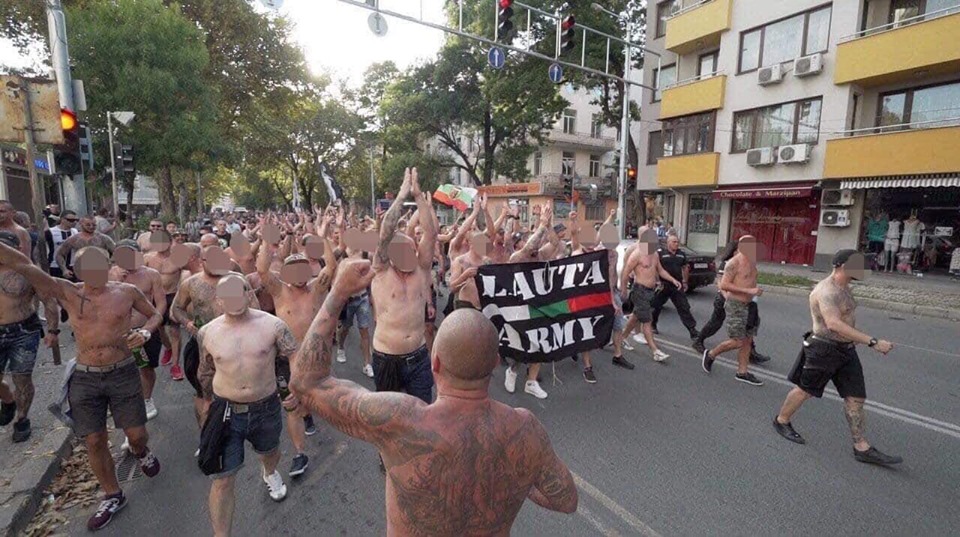 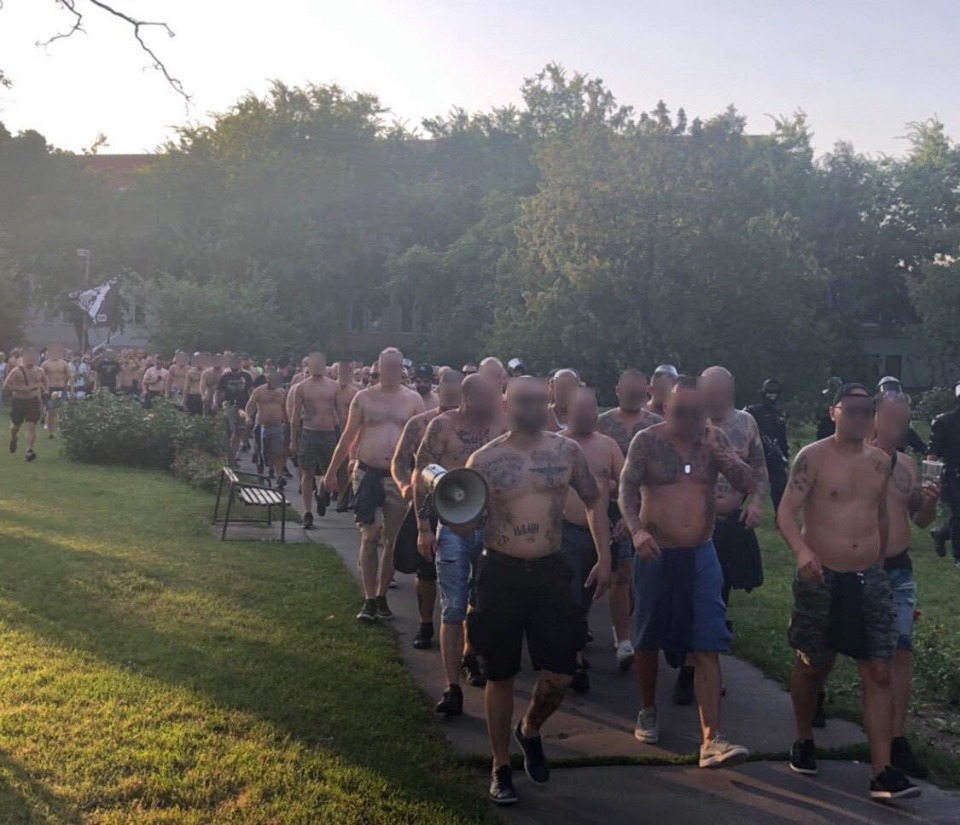 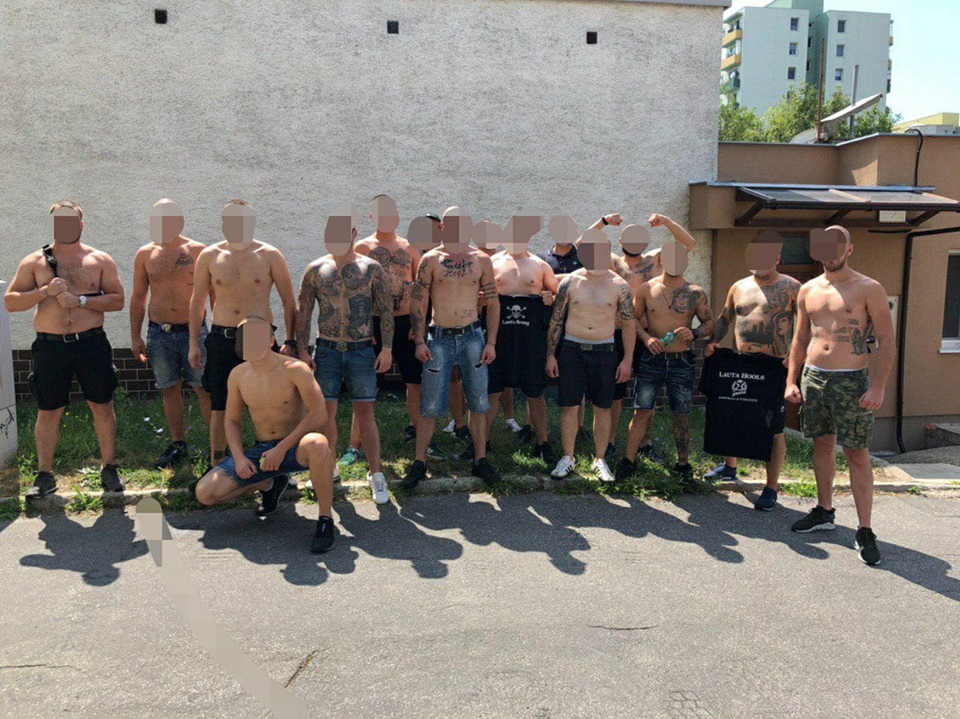 One ultras group on Facebook, calling themselves "Lauta Army", even claimed to have arranged a fight with two sets of England fans, but the travelling supporters "backed out".

The far-right thugs were responsible for almost forcing the match to be abandoned with their racist chanting.

After the England match they posted a picture with the caption: "Lokomotiv Plovdiv lads in Sofia before Bulgaria – England after the arranged meeting with two English clubs didn’t happen as the English didn’t stick to the agreement and turned their phones off.

"Some English decided to fight between themselves."

But some England fans revealed they faced a gauntlet of terrifying brutes attempting to ambush them after the match.

Theo Ogden, an 18-year-old Bolton Wanderers fan from London, said: “As we walked into the dark streets away from the security of the stadium we realised the Ultras were waiting for us.

“They were dressed in black like the yobs we’d seen doing Nazi salutes and monkey chanting whenever our black players got the ball.

“A group of them came close to us then more appeared and we realised they were trying to head us off and we braced ourself for a kicking – it was terrifying.

“Then a police car suddenly appeared at the last moment and gave us a chance to bolt into the nearest hotel where other England fans were also taking cover.

“I’ve never experienced anything like this at a football match or seen people so sinister – we were innocent fans but they would have hammered us if the police hadn’t stepped in.

“We heard they’d caught two England fans after the game who ended up with bloodied faces and we were too scared to head back out onto the streets.”

Theo – who travelled to Prague with his businessman dad Stephen, 51,  and two pals – added: “Monkey chanting, Nazis and violence have nothing to do with football and there’s no question that Bulgaria should be banned from competing by UEFA.

"No fan I spoke to ever wants to set foot in Bulgaria again.”

That page does not appear to have been updated since 2017, as the group's logo states they were founded in 1992. 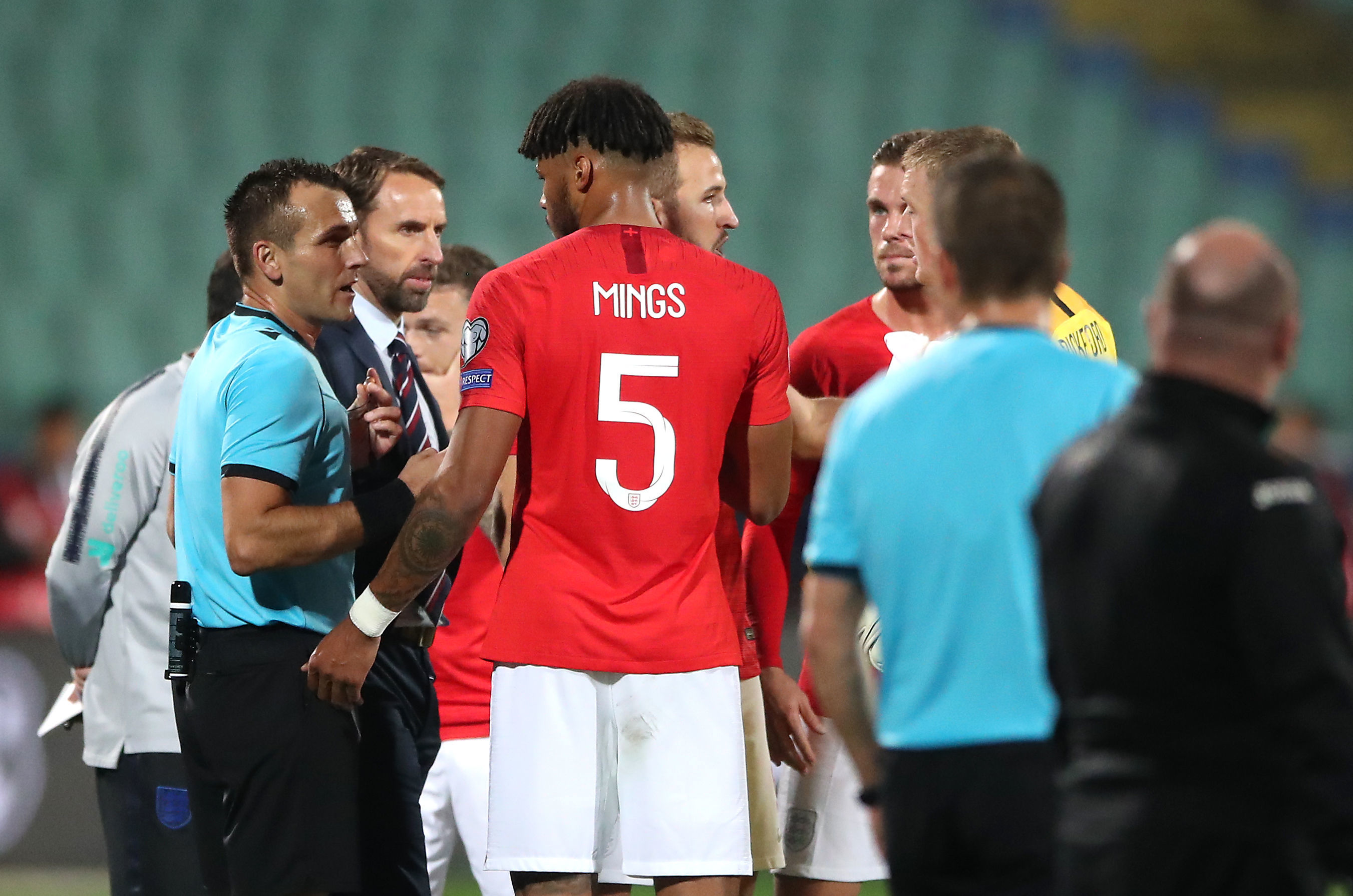 However the Facebook page has regular updates from the travelling band of trouble makers, boasting about arranging fights across Bulgaria and Europe.

Scores of shirtless, tattooed skinheads can be seen in various locations where they have allegedly gone to fight rival fans.

Bizarrely most of the recent posts seem to be about their rivals "backing out" of planned battles.

Along with the pictures from their trips are posts about Bulgarian history and a bizarre snap of a Donald Trump waxwork with a Lauta Army jacket held up against it and captioned: "He knows we don't like immigrants too".

A list of 12 rules of engagement regarded as a "code of honour" by members of Bulgaria's firms can be found on the internet.

However these rules do not appear to prohibit some violent acts including eye gouging and fish-hooking, to name but a few. 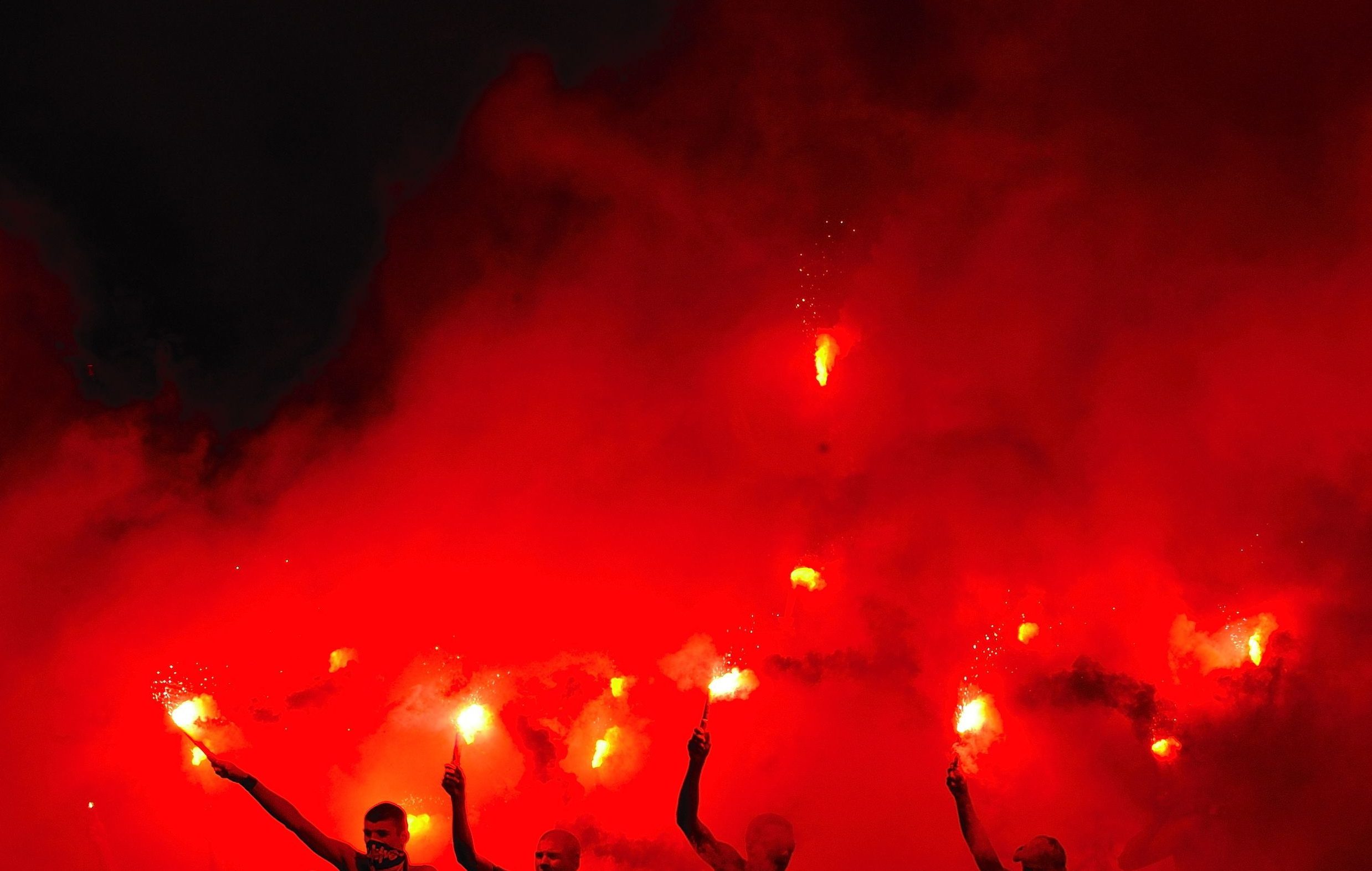 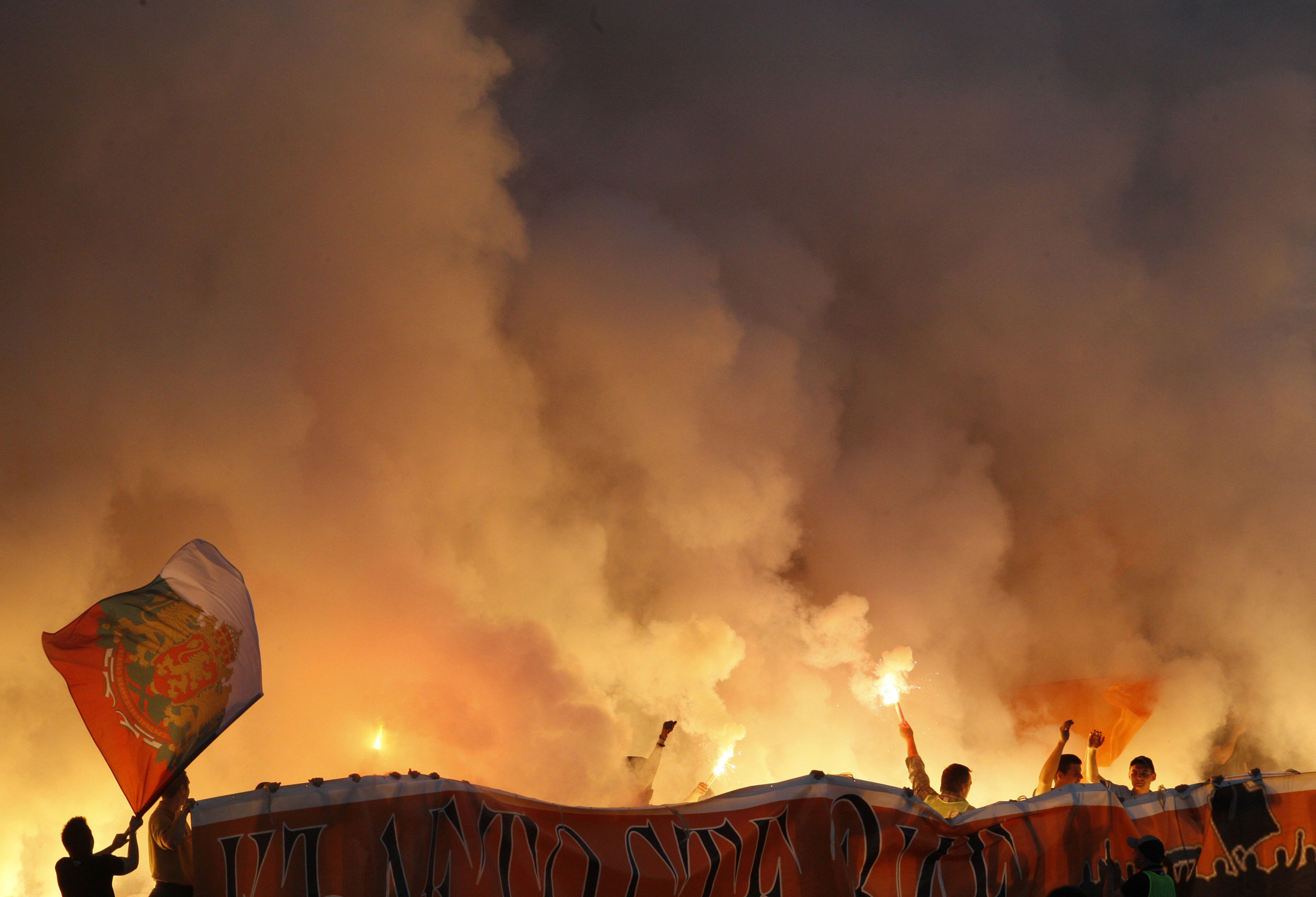 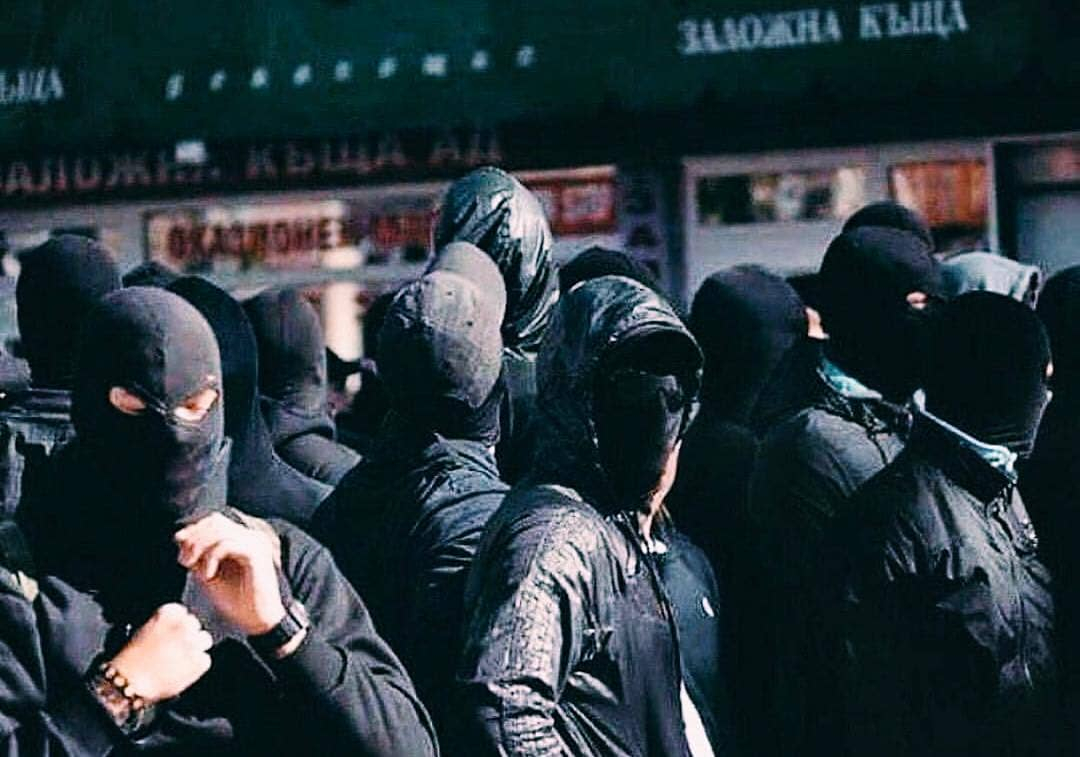 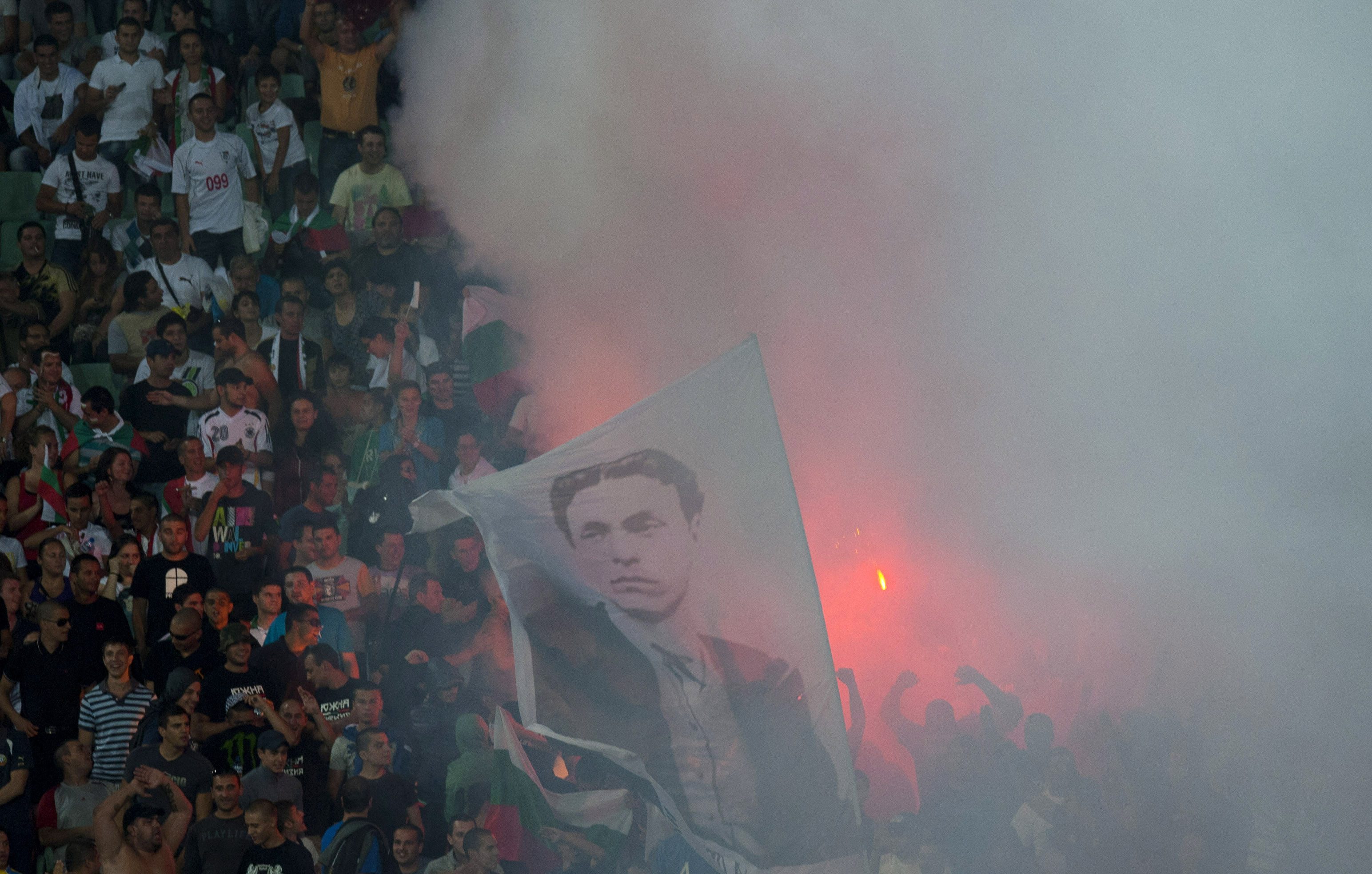 White House acting chief of staff Mick Mulvaney on Friday accused the press of only zeroing in on coronavirus now...