That’s what the martial artist does several times a week, despite his bovine opponent weighing five times more than him – and being capable of killing him with his sharp horns. 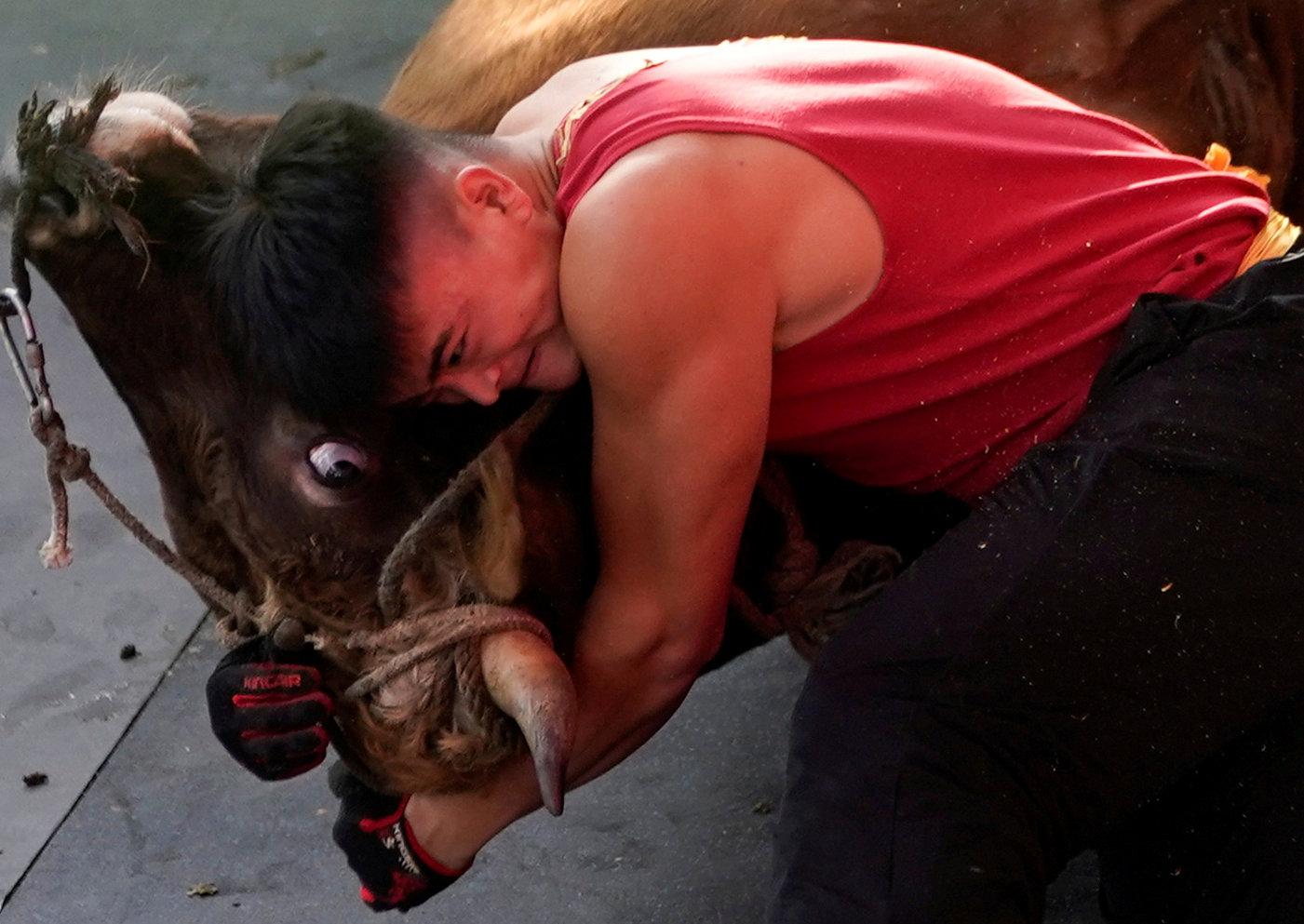 And although his mum is worried sick about his death-defying sport, Ren doesn’t devote too much time worrying about being skewered.

The flip side of living life on the edge is that the kung fu teacher gets an adrenalin rush as he finds grappling with massive bulls very exciting, according to an interview with Reuters.

The obvious downside, though, is that it’s dangerous and fighters typically have short careers.

Speaking to the news agency in Jiaxing, in China's eastern province of Zhejiang, the 24-year-old said he’s hooked on the sport as it “symbolises the bravery of a man”. 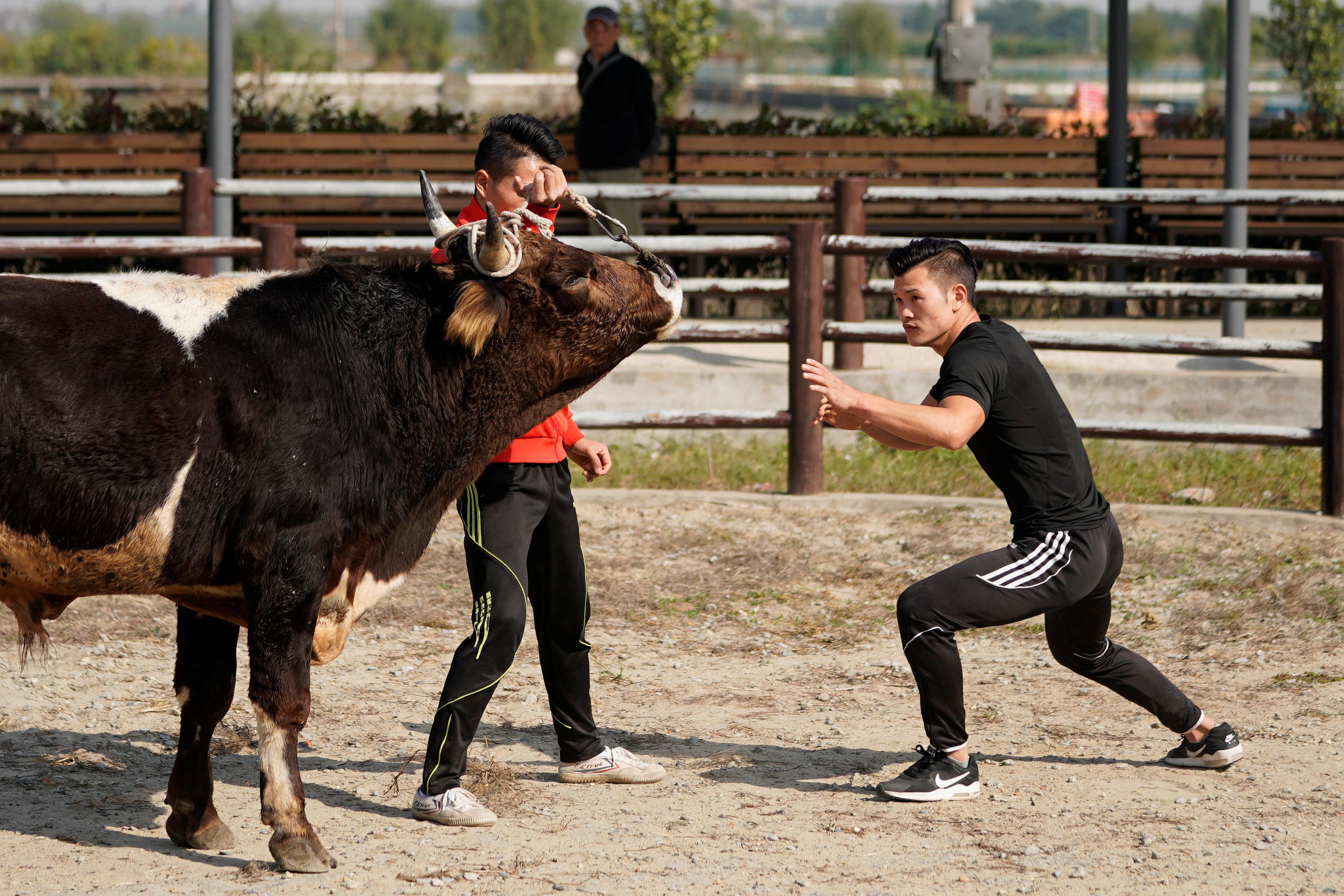 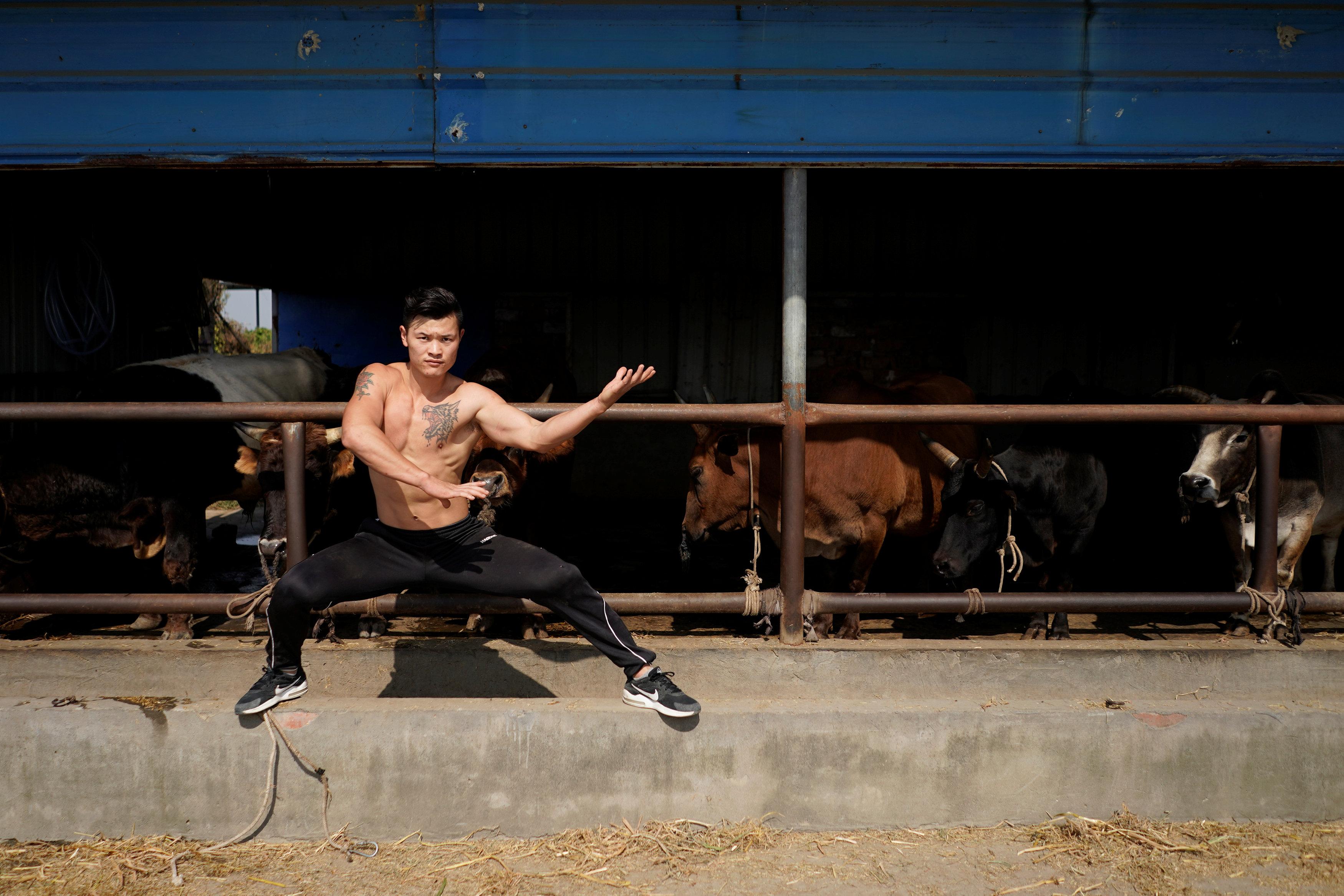 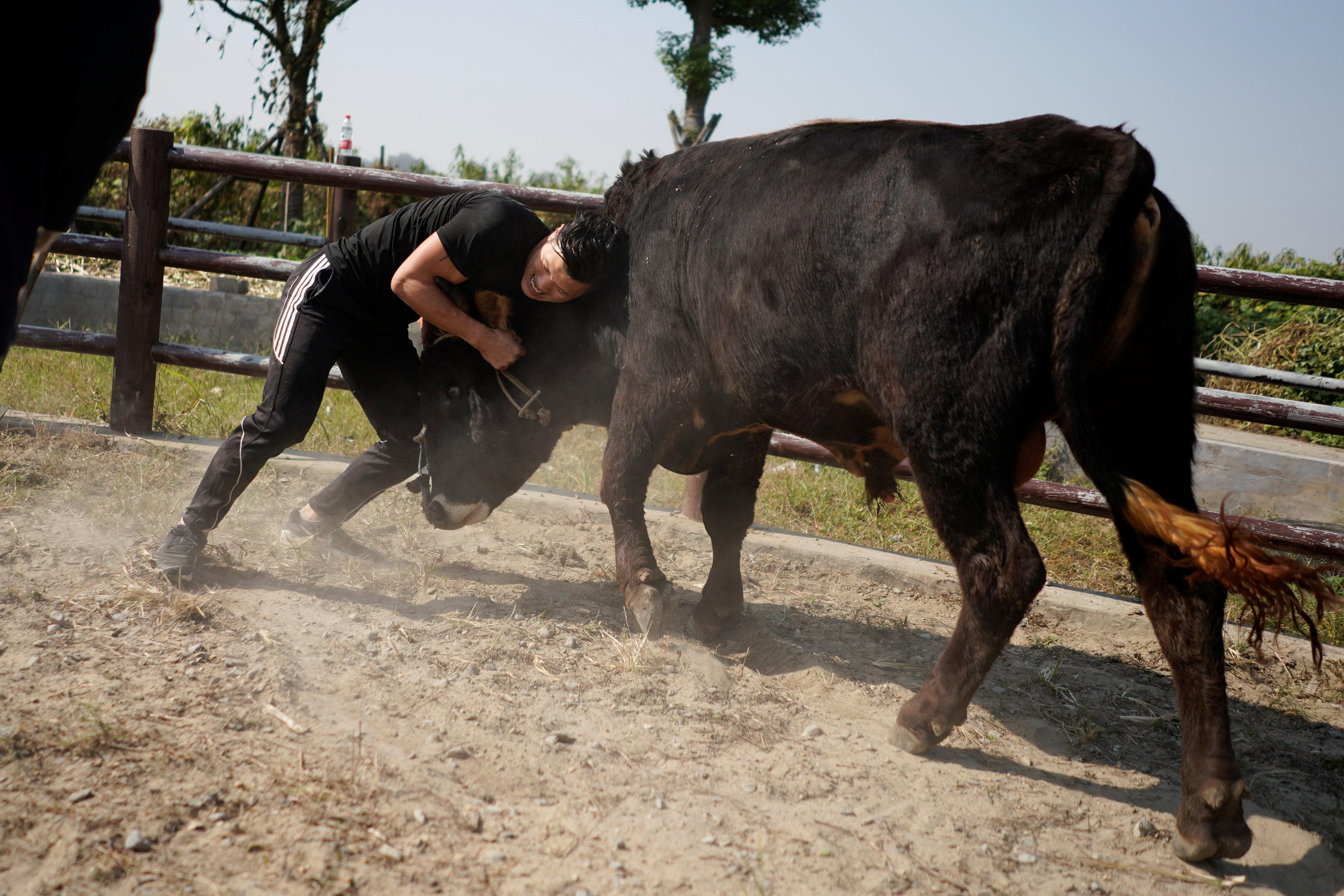 Unlike Spain's more famous sport, the Chinese variant of bullfighting involves no swords or gore.

Instead, fighters must combine the moves of wrestling with the skill and speed of kung fu to bring down beasts weighing up to 400kg (882lb).

Hua Yang, 41, is a fan who recalled watching a bullfight while visiting Spain.

He reckons the Chinese version of wrestling bovines is a cut above its Spanish counterpart, explaining to Reuters: "Spanish bullfighting is more like a performance or a show. 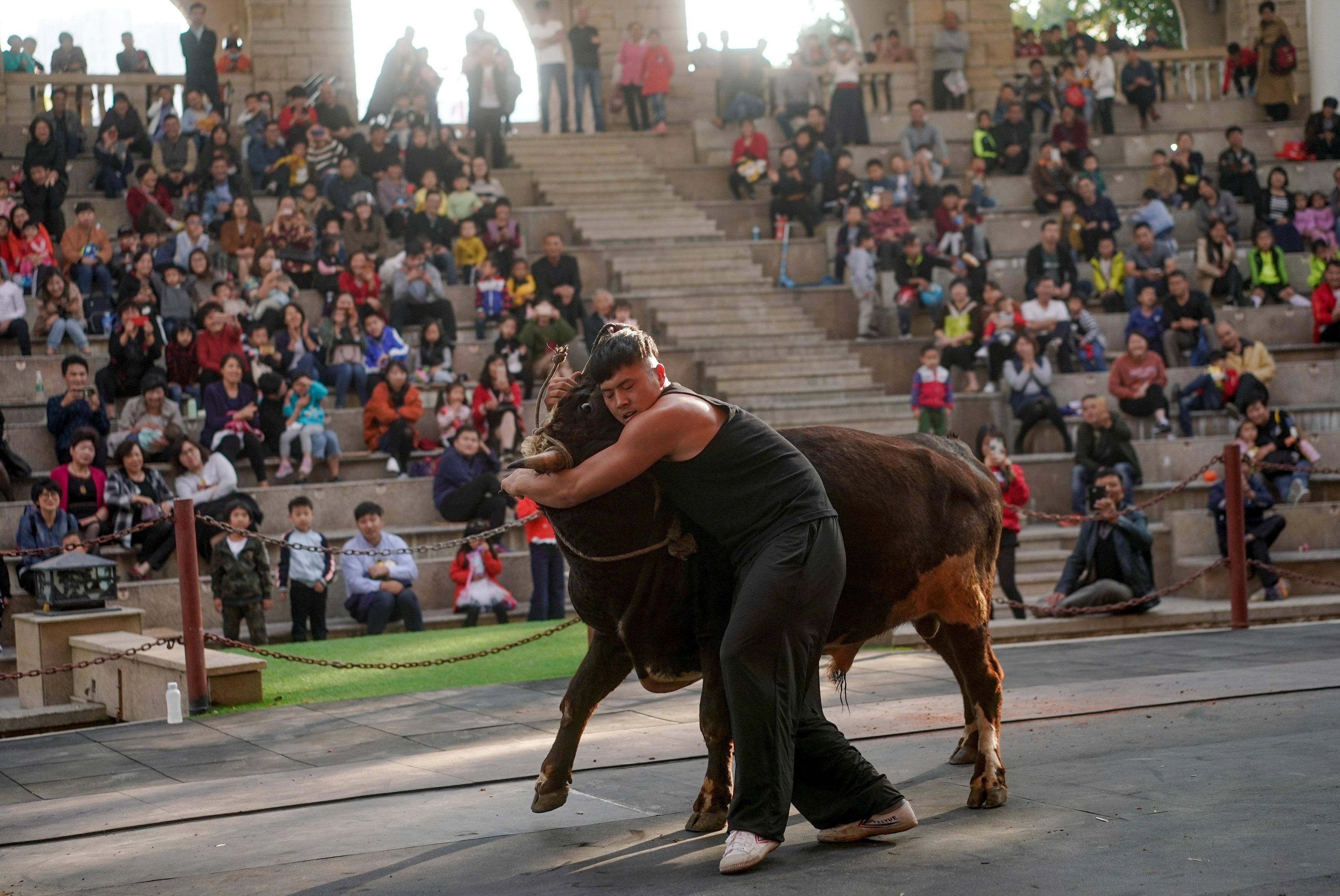 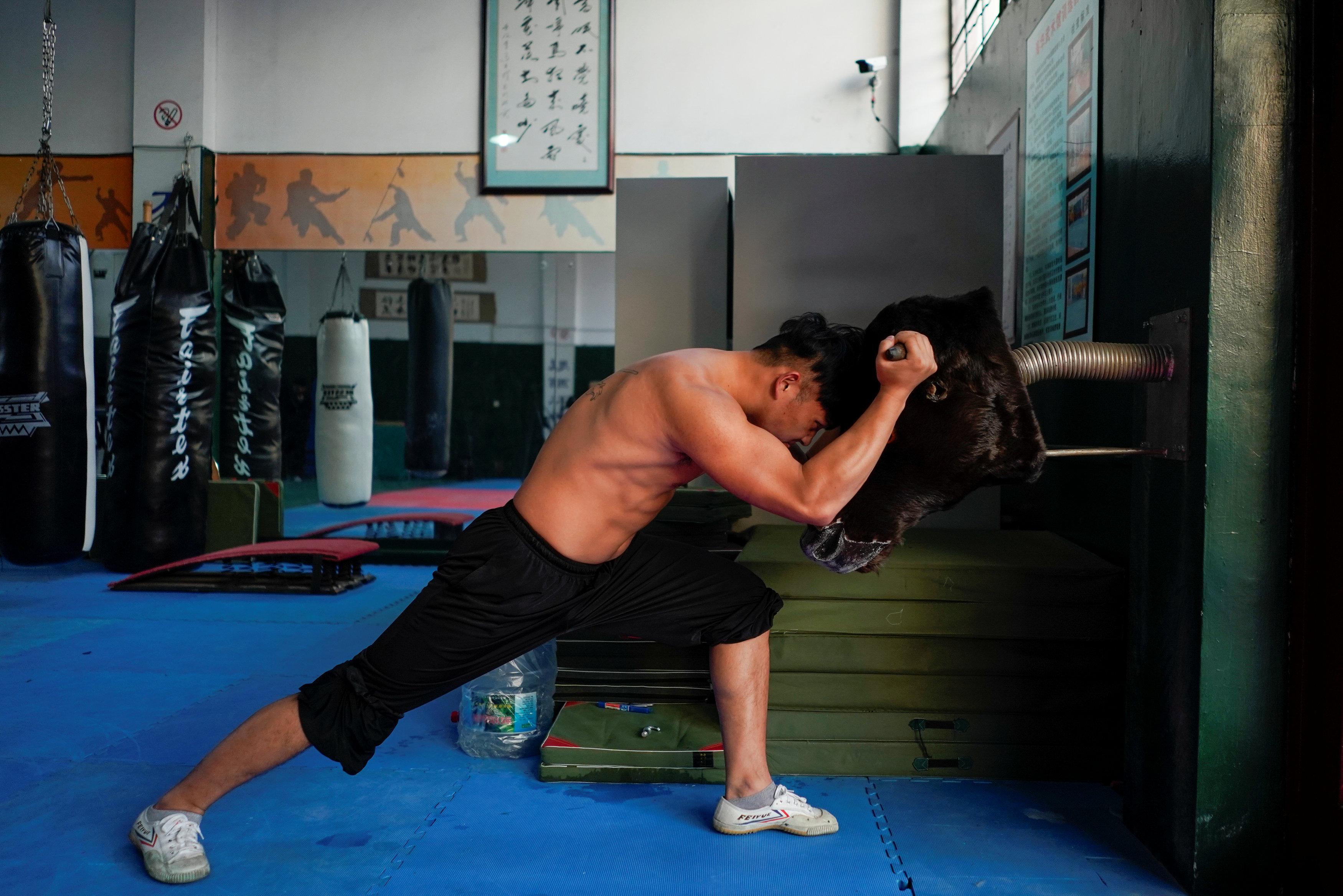 "This (the Chinese variety) is truly a contest pitting a human's strength against a bull. There are a lot of skills involved and it can be dangerous."

The physically demanding sport requires fighters to train intensively and they typically have short careers, said Han Haihua, a former pro-wrestler who coaches bullfighters at his Haihua Kung fu School in Jiaxing.

The kung fu master called the bullfighting style he teaches "the explosive power of hard 'qigong'".

He said it mixed the skill and speed of martial arts with traditional wrestling techniques. 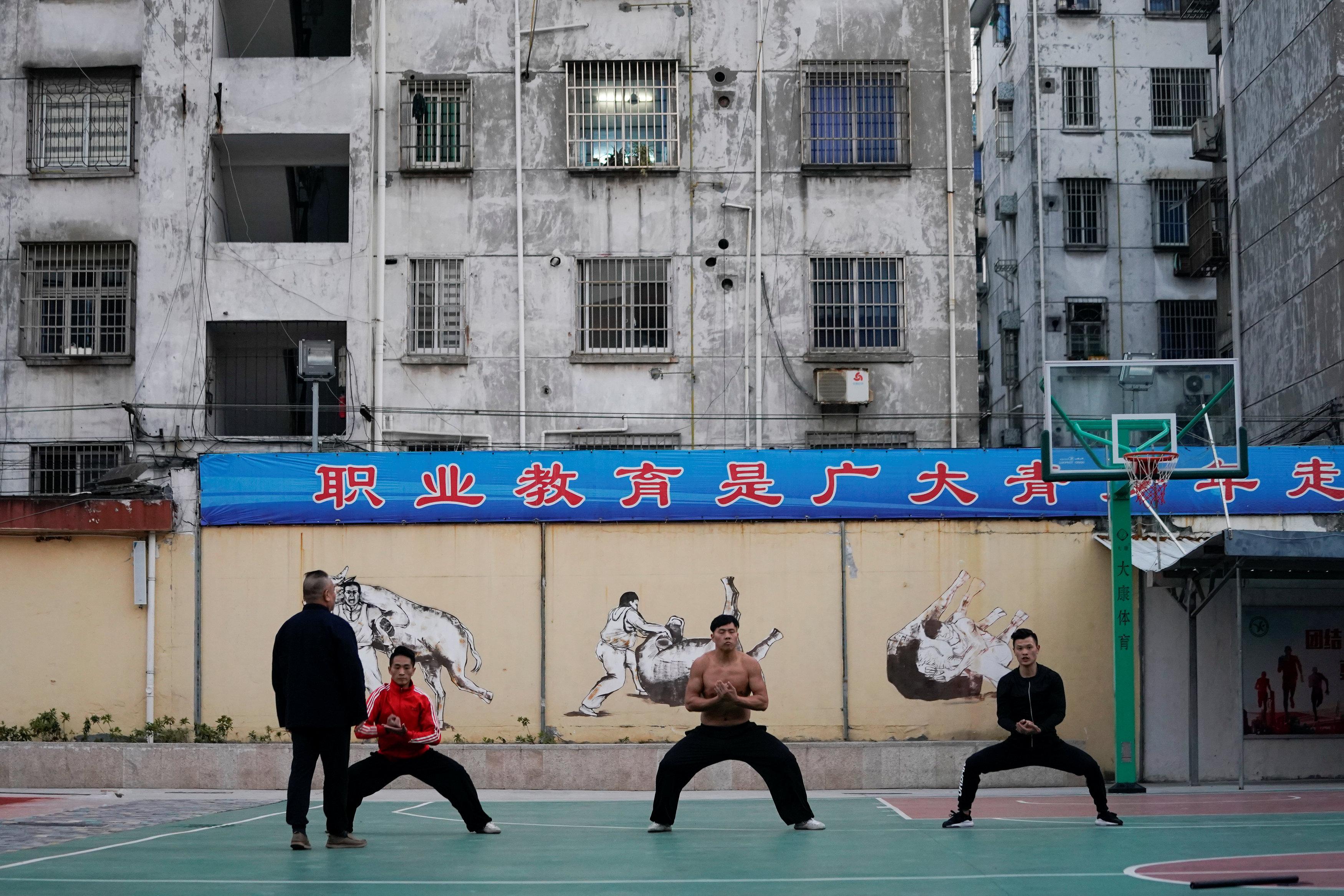 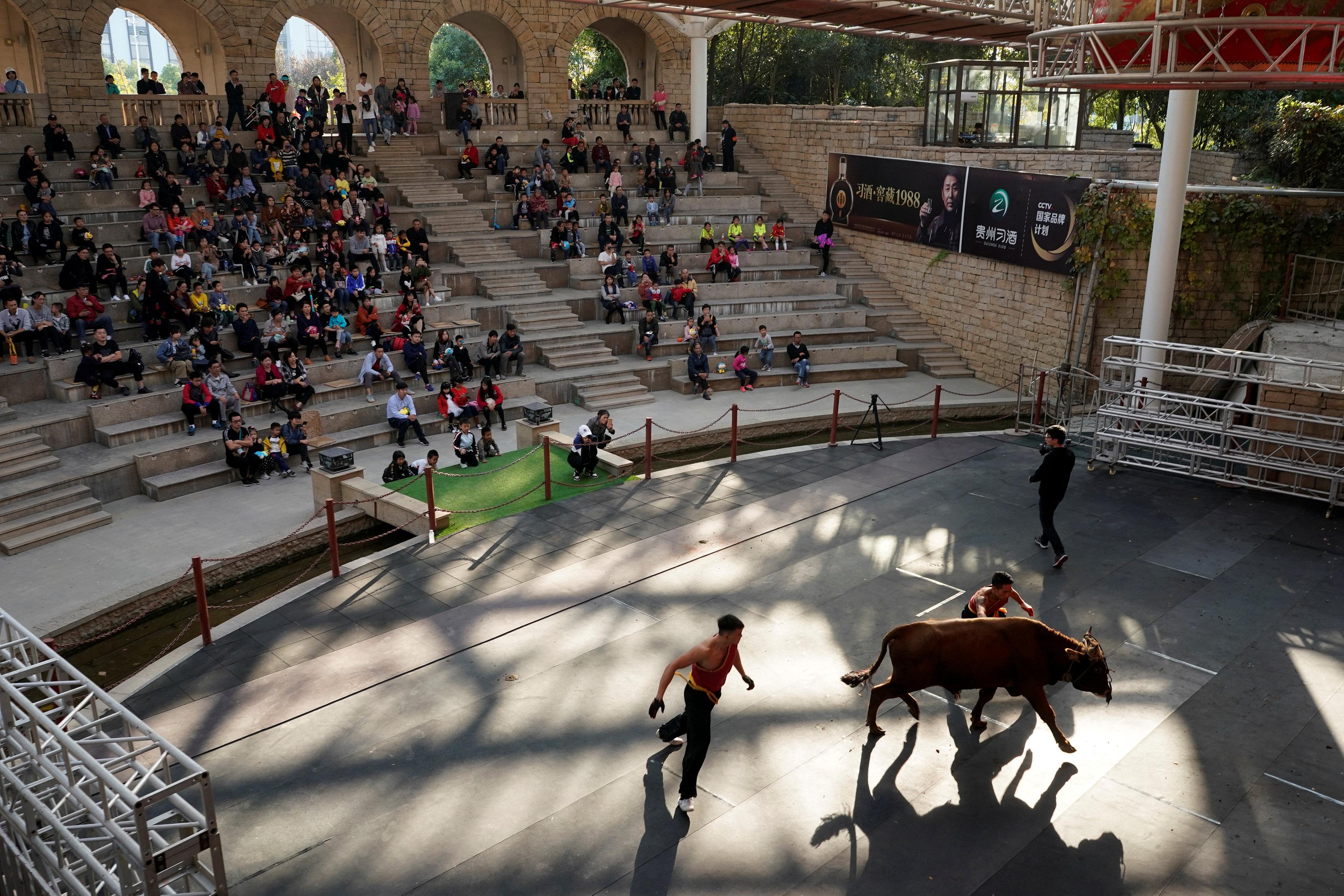 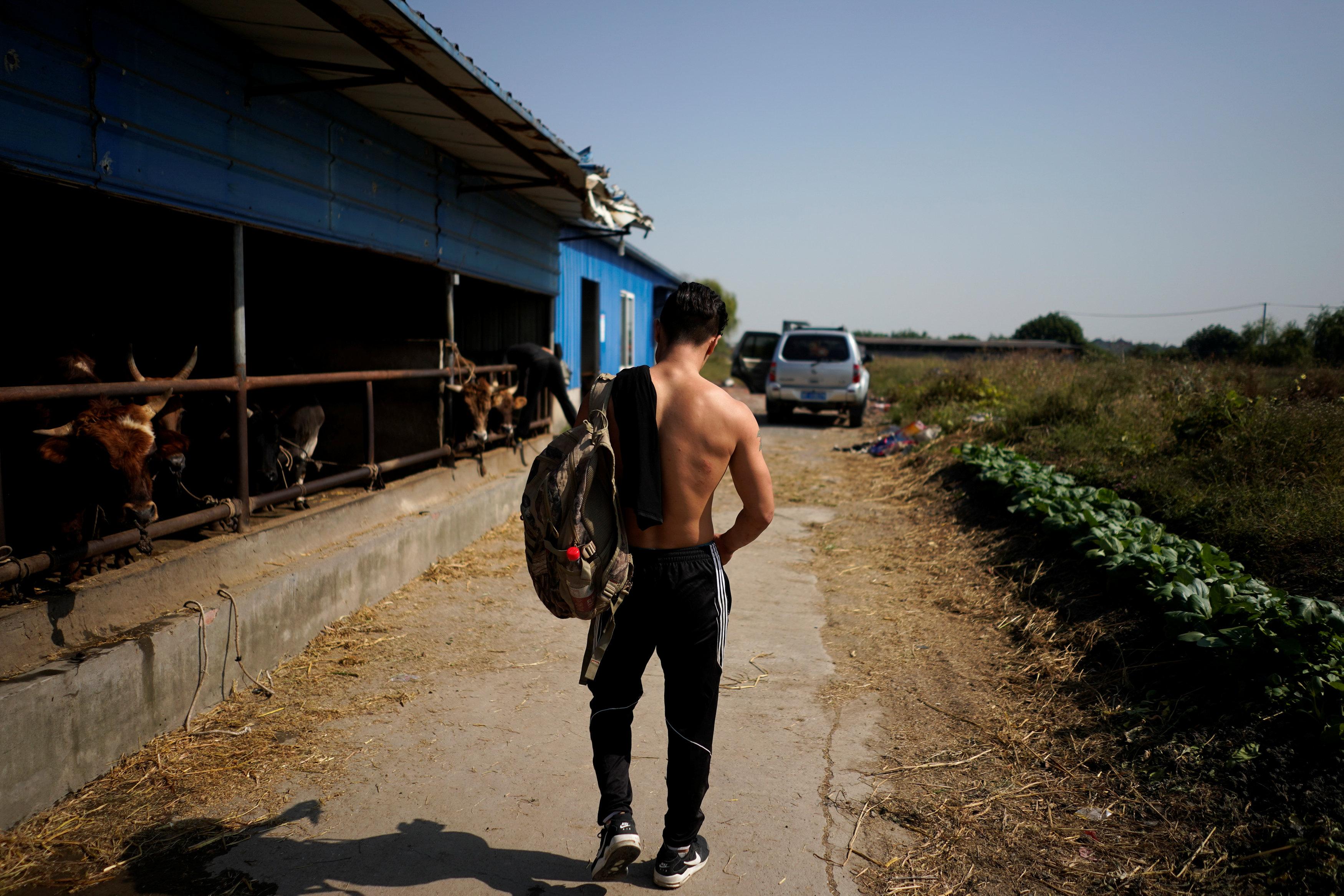 Typically, a fighter approaches the bull head-on, grabs its horns and twists, turning its head until the bull topples over.

Asked what is meant by “explosive power”, Han replied: "In a flash! Pow! Concentrate all your power on one point. All of a sudden, in a flash, wrestle it to the ground."

If the first fighter gets tired, another human opponent can step into the ring, but they have just three minutes in which to wrestle the bovine to the ground or lose the bout.

The bulls, too, are trained before entering the ring, Han said, and learn, for example, how to spread their legs or find a corner to brace against being taken down. 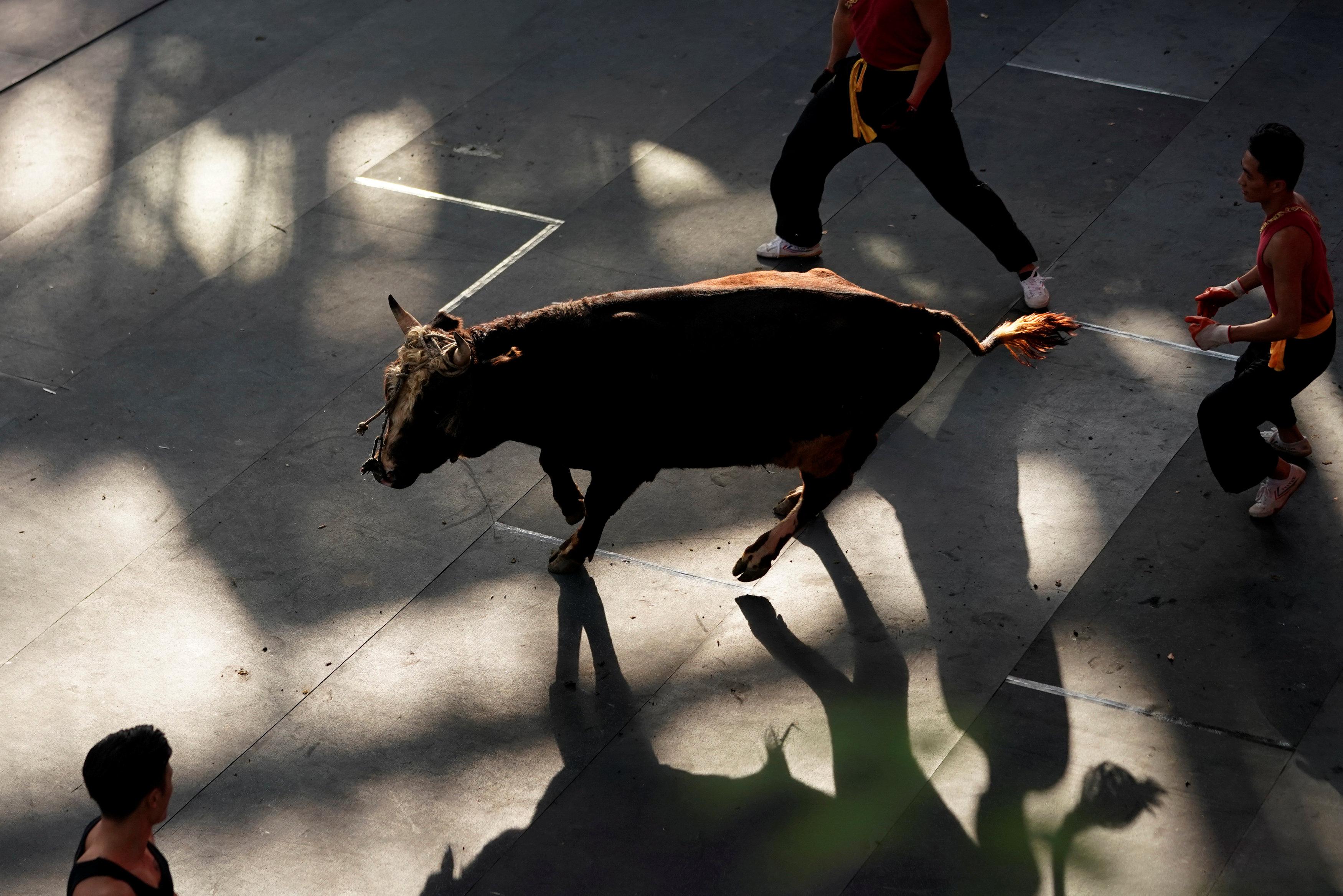 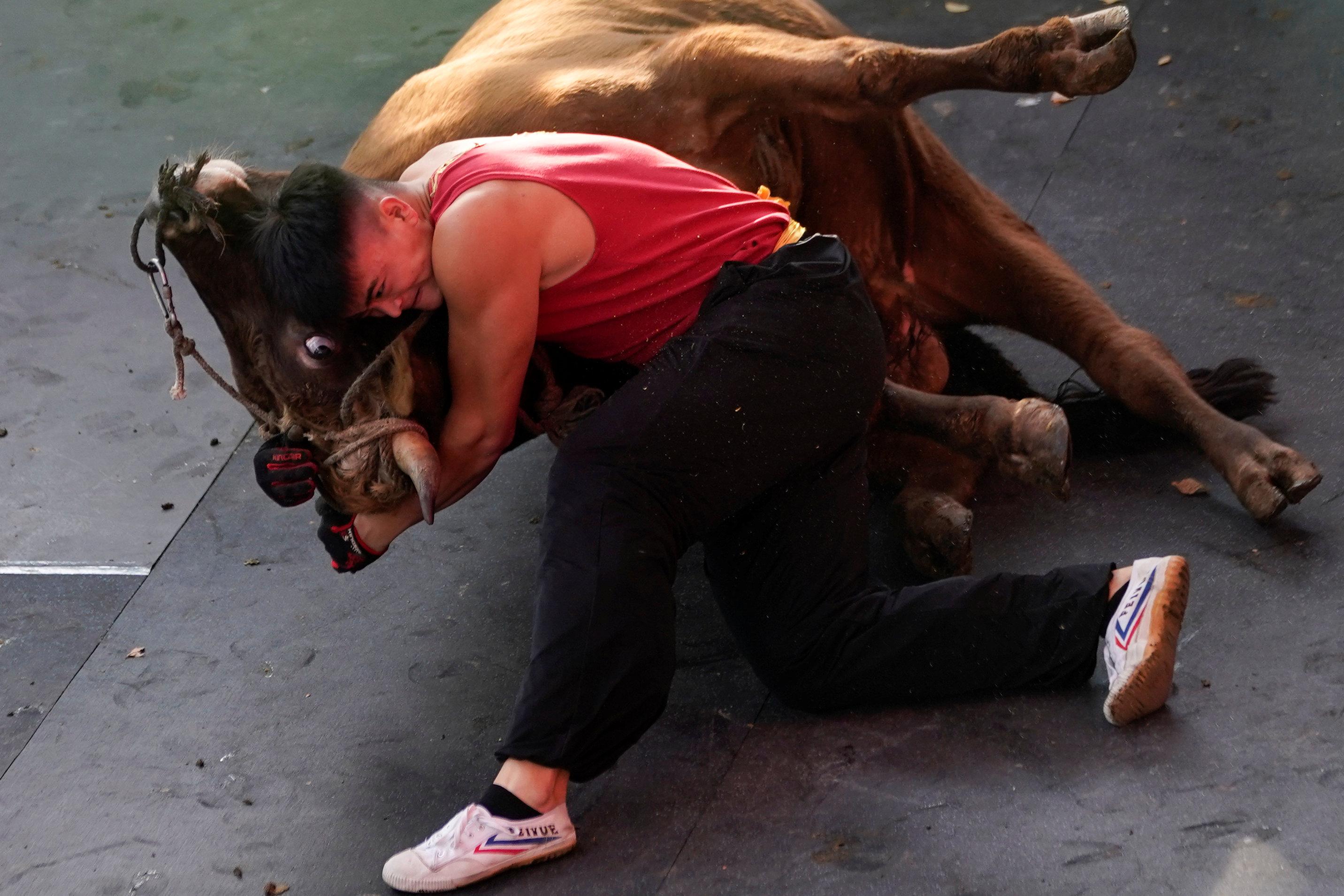 Han added: "A bull can also think like a human, they are smart.”

Although he said his bulls get better treatment than the animals involved in the Spanish sport, animal rights activists believe Chinese bullfighting is still painful for the animals and cruel as a form of entertainment.

Layli Li, a spokeswoman for animal welfare group PETA said: "In Chinese bullfighting, we cannot deny the bulls experience pain. As long as it exists, that means there is suffering."

The South China Morning Post explains that Chinese bull-wrestling is a discipline dating back centuries to the era of the Hui Muslims, and the sport is becoming increasingly prominent in China. 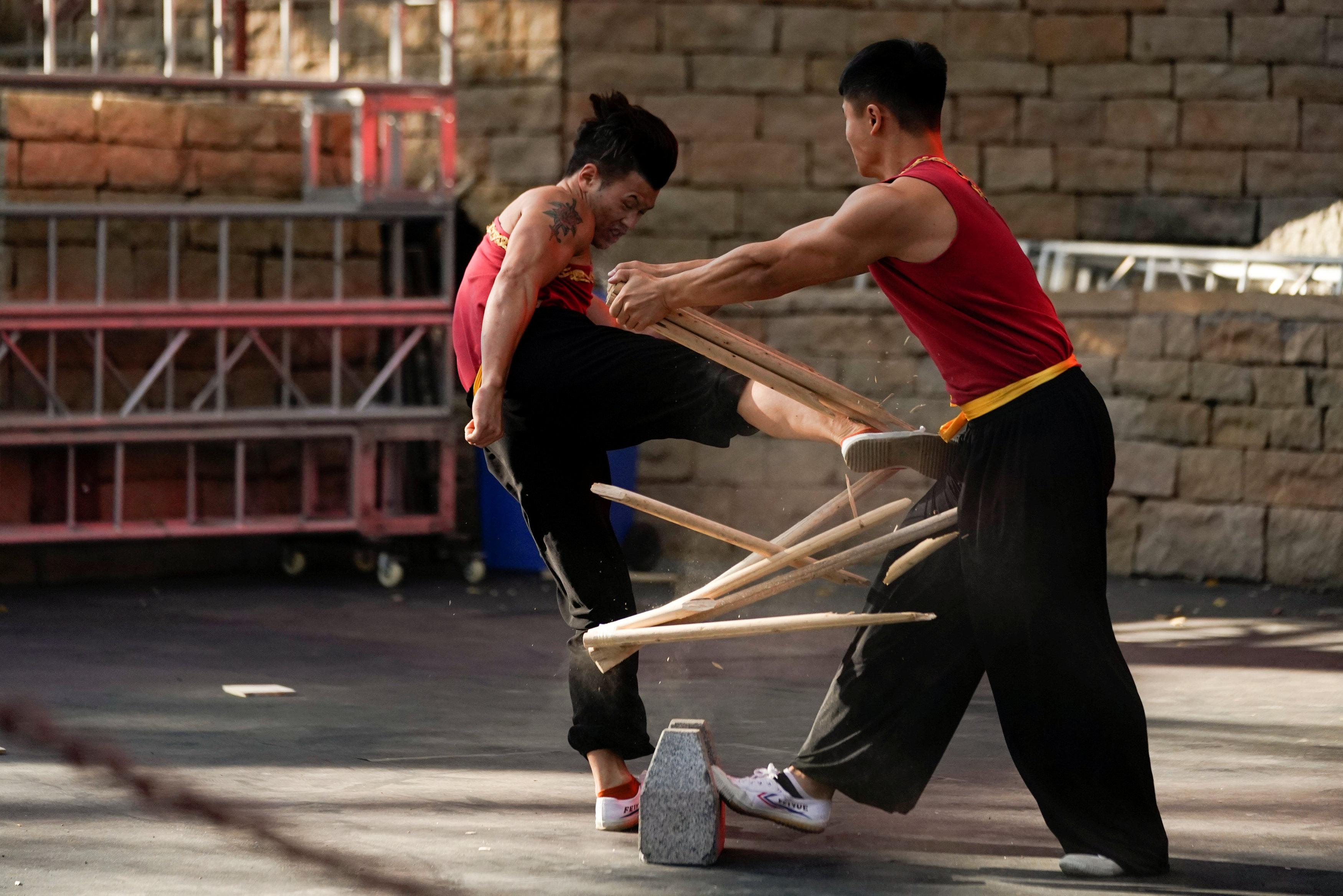 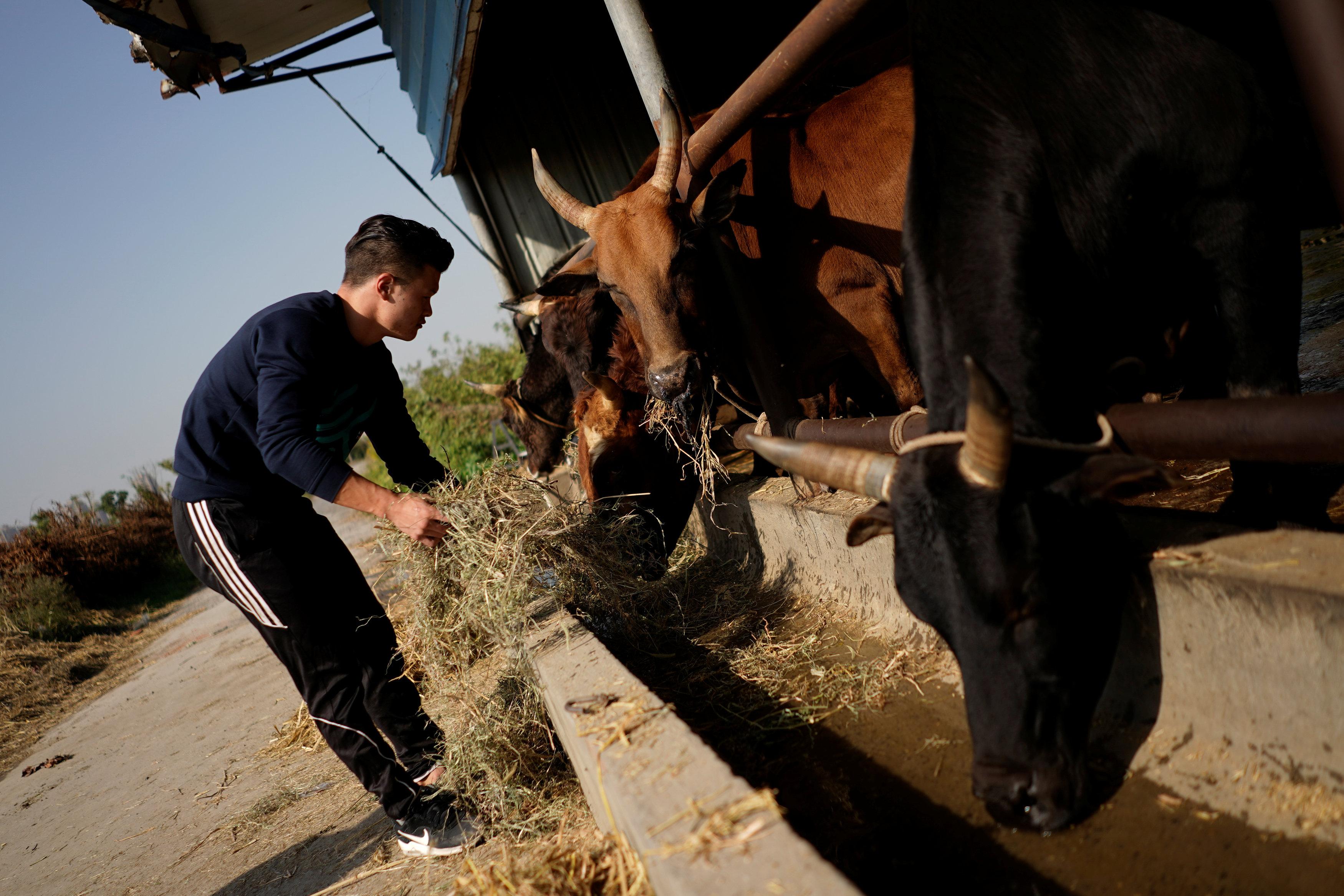 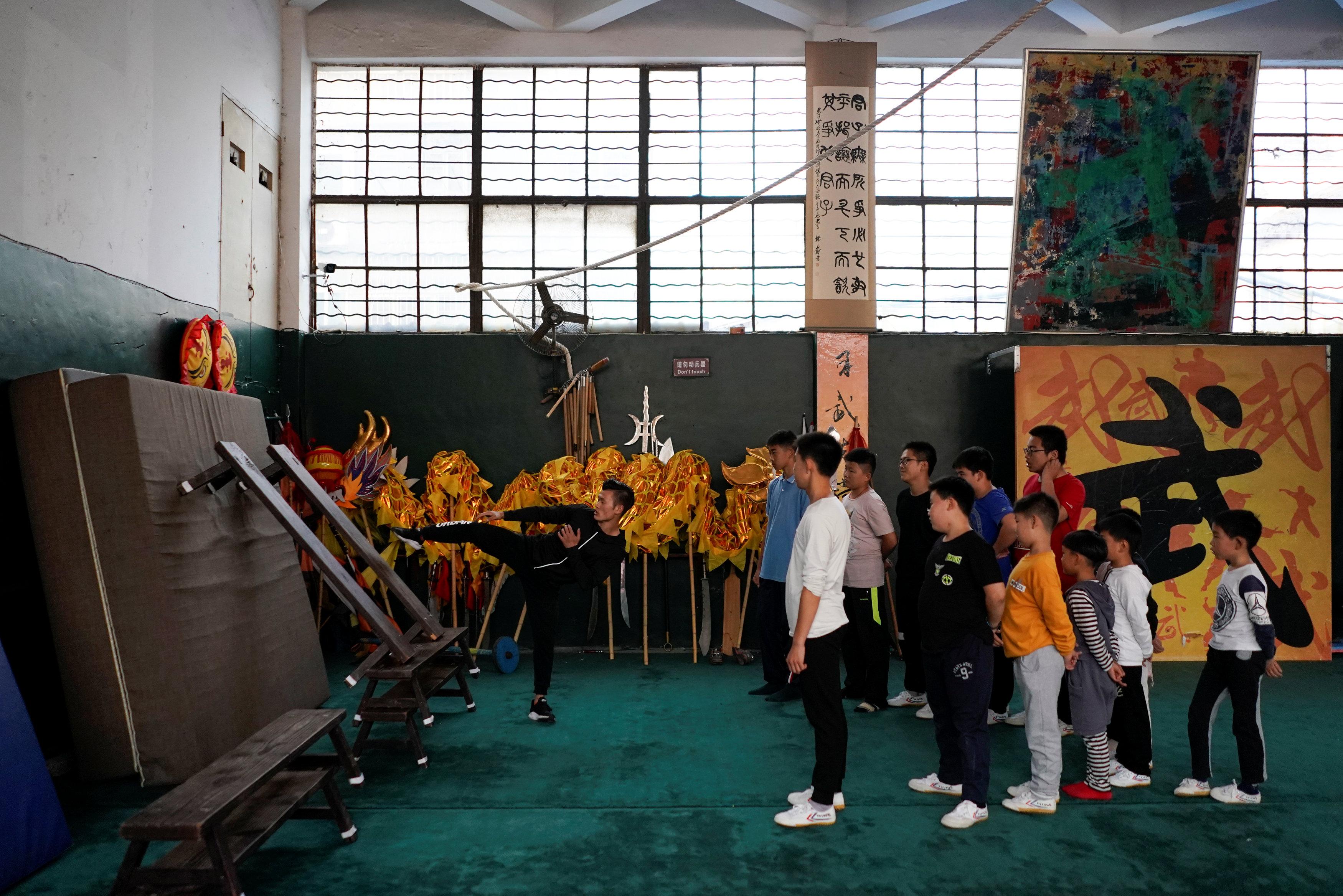 It differs from Spanish bullfighting in one major way – the bull, although likely hurt in the process, is not killed at the end of a clash.

Website Martial Tribes, however, asks whether the sport is really martial arts, “or just plain cruelty?”

It says: “Martial arts, by nature, are between two or more willing participants; normally human. Bull wrestling blurs these lines on all fronts.

“Not only is one not a willing participant and therefore acting in self-defence, but they also aren’t human.”

Martial Tribes adds that while bulls are wrestled in a way to limit damaging their backs, and their trainers say they have a close bond with the animals, “similar to what we would have with a pet dog, the reality is we don’t forcefully wrestle our dogs against their will on a daily basis.”