Inflation falls again to 2.1 per cent as plunging petrol prices and air fares drop in a fresh boost for workers

Inflation fell again in December as petrol prices fell at the pumps in a further boost for workers.

The Office for National Statistics said prices were rising at 2.1 per cent in December, down from 2.3 per cent the month before. Wages are rising at almost 3.5 per cent a year according to the most recent figures.

The rate is the lowest for almost two years and is now close to the Bank of England target of 2 per cent.

Air fares were also rising more slowly than a year ago, helping to keep the inflation rate down. 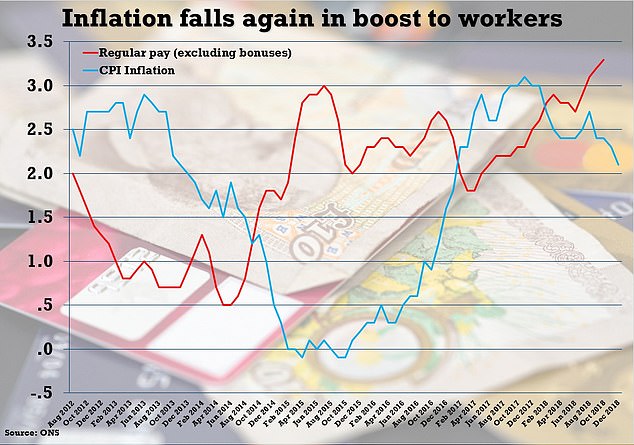 The Office for National Statistics said prices were rising at 2.1 per cent in December, down from 2.3 per cent the month before. Wages are rising at almost 3.5 per cent a year according to the most recent figures

Head of inflation at the ONS Mike Hardie said: ‘Inflation eased mainly due to a big fall in petrol, with oil prices tumbling in recent months.

‘Air fares also helped push down the rate, with seasonal prices rising less than they did last year.

‘These were partially offset by small rises in hotel prices and mobile phone charges.

‘House price growth was little changed in the year to November, with buoyant growth across much of the UK held back by London and the South East.’

The ONS said most goods and services lifted inflation, apart from clothing and footwear, which had a small downward pull on the rate, with prices falling by 0.9% in the year to December.

At the pumps, motorists faced lower fuel costs with petrol down by 6.4p per litre on the month to 121.7p, which was the lowest price since April 2018. 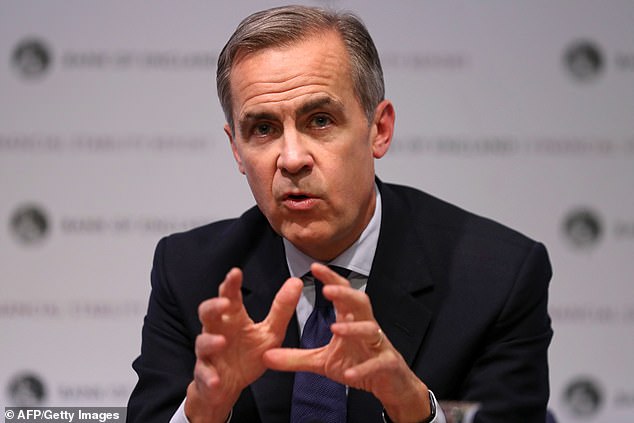 The decline in motor fuel pulled transport services inflation lower in December to 1.5% from 3.9% the month before.

The Retail Prices Index (RPI), a separate measure of inflation, was 2.7% last month, down from 3.2% in November.

The Consumer Prices Index including owner-occupier housing costs (CPIH) – the ONS’s preferred measure of inflation, was 2%, down from 2.2% in November.