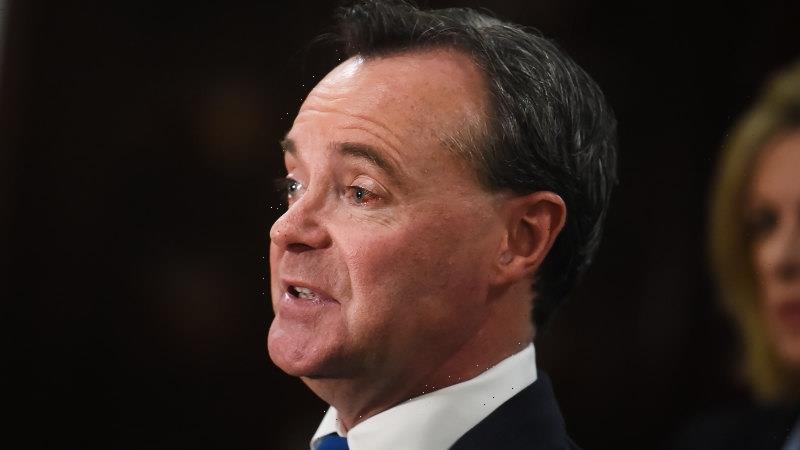 There is no state in Australia that has felt the brunt of this pandemic more than Victoria, which passed 200 days in lockdown last week. It has been a long, hard slog and Victorians have every right to be fed up with their lot.

And yet the latest findings, in a survey by Resolve Political Monitor conducted exclusively for The Age, suggest many do not blame Labor for their pain. It has regained support from voters who previously planned to vote for independent candidates and would easily win an election if it were held today. 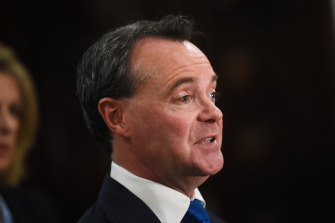 Victorian Opposition Leader Michael O’Brien has struggled to be heard during the pandemic.Credit:Justin McManus

Incumbency has proven a powerful political force in Australia since COVID-19 took hold, with election wins for Labor in Queensland, Western Australia, the Northern Territory and the ACT, and for the Liberals in Tasmania. But all these states or territories have managed to navigate the pandemic largely unscathed.

That has not been the case in Victoria. The marathon lockdowns have caused enormous economic and personal pain, triggered widespread harm to people’s mental health and turned tens of thousands of homes into makeshift classrooms. Other states have been burdened by COVID-19 too, but not to this extent.

For all that, the survey reveals Daniel Andrews is still well ahead of Opposition Leader Michael O’Brien when it comes to preferred premier. Fifty per cent back Mr Andrews, compared with 24 per cent for Mr O’Brien. That is a trouncing.

Mr Andrews may not be repeating his “daily Dan” press conferences of last year, but there is no doubt his ubiquitous public presence, his prickly demeanour and his decisive role have made him a powerful and dominant figure. Mr Andrews’ ascendancy has been accentuated by the almost complete lack of political effectiveness of the opposition. Having consistently failed to take advantage of Labor’s shortcomings, Mr O’Brien’s leadership has been on life support for months.

In March, former shadow minister Brad Battin’s bid to take the leadership from Mr O’Brien was defeated 22 votes to nine. A second challenge was expected earlier this month, but was thwarted by the inability of the party’s 31 MPs to gather in one location owing to health restrictions.

According to The Age’s state political editor, Annika Smethurst, several Liberal MPs believe between 12 and 15 of their colleagues would support a leadership change – just shy of the majority needed.

The dark art of backroom political manoeuvring over leadership is hardly unique to the Liberal Party – there was no shortage of leadership speculation about whether Mr Andrews would stay or go during the months he spent recovering from his fall – but amid the constant rumours of discontent with Mr O’Brien from his fellow MPs, he is far from in a position of strength to lead the party back to power.

But the fact is that Mr O’Brien’s weakness is Victoria’s weakness. Holding the governing party to account is a bedrock of our democracy. Mr Andrews fronting the media and taking all questions may satisfy his benchmark of accountability, but in these challenging times when governments are playing such a significant role in so many aspects of our lives, scrutiny of policies and decision-making is more important than ever, whether Parliament is sitting or not.

Mr O’Brien needs to think deeply, and soon, about his capacity to be an effective participant in that process. Victorians have been through too much to find themselves having to carry the burden of political missteps that could have been put right by greater oversight. Mr O’Brien needs to lift his game, for all our sakes.