KOLKATA, India (Reuters) – The chief minister of a big Indian state led a sit-in on Monday in a standoff with Prime Minister Narendra Modi’s government over a corruption investigation she condemned as a vendetta, as political tension rises ahead of a general election. 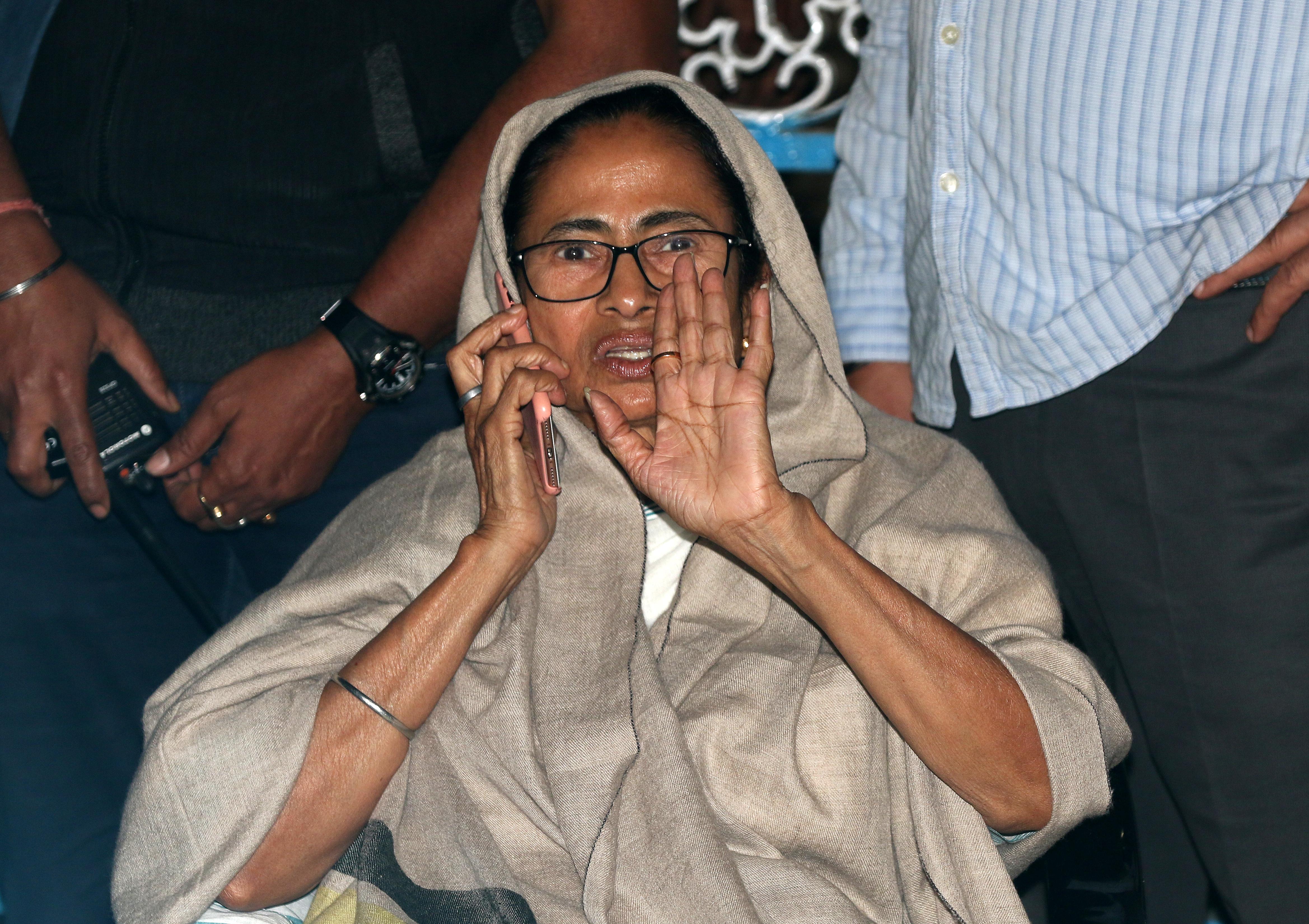 Mamata Banerjee, the firebrand chief minister of West Bengal, began the protest overnight in the state capital, Kolkata, after federal police swooped on the home of a police commissioner as part of an investigation into Ponzi schemes that defrauded thousands of small investors.

West Bengal, which sends the third largest number of legislators to the lower house of parliament, has become a battleground state as the Hindu nationalist BJP looks to make in-roads in the east to make up for any losses in its northern heartland.

Over the past several months, disputed have erupted between the BJP and Banerjee’s Trinamool Congress and there have been allegations that hardline Hindu groups are trying to stir up tension with minority Muslims to win votes.

“The highest levels of the BJP leadership are doing the worst kind of political vendetta,” Banerjee said in a tweet. “They are misusing power to take control of the police and destroy all institutions.”

Hundreds of her supporters gathered at Banerjee’s protest venue on Monday, shouting encouragement.

The chief minister sat on a wooden platform, surrounded by ministers and party leaders, and held a meeting of her cabinet.

But the Central Bureau of Investigation (CBI), which is controlled by the federal government, said state police prevented its agents from carrying out their work on Sunday and even briefly detained them.

“A clash like this, between law enforcement agencies, is not only unfortunate but is also dangerous for the country’s federal and political system,” Home Minister Rajnath Singh told parliament.

Modi has to call the election by May. Polls suggest his alliance may emerge as the largest group in parliament but short of a majority. Regional parties like Banerjee’s could play a crucial role in any coalition building.

Opposition parties led by the Congress party said they backed Banerjee in her fight with Modi’s administration.

“The entire opposition will stand together and defeat these fascist forces,” he said.