NEW DELHI (Reuters) – An Indian court on Thursday remanded in police custody 10 people suspected of plotting suicide attacks in the New Delhi, while more investigations are carried out, a defence lawyer said. 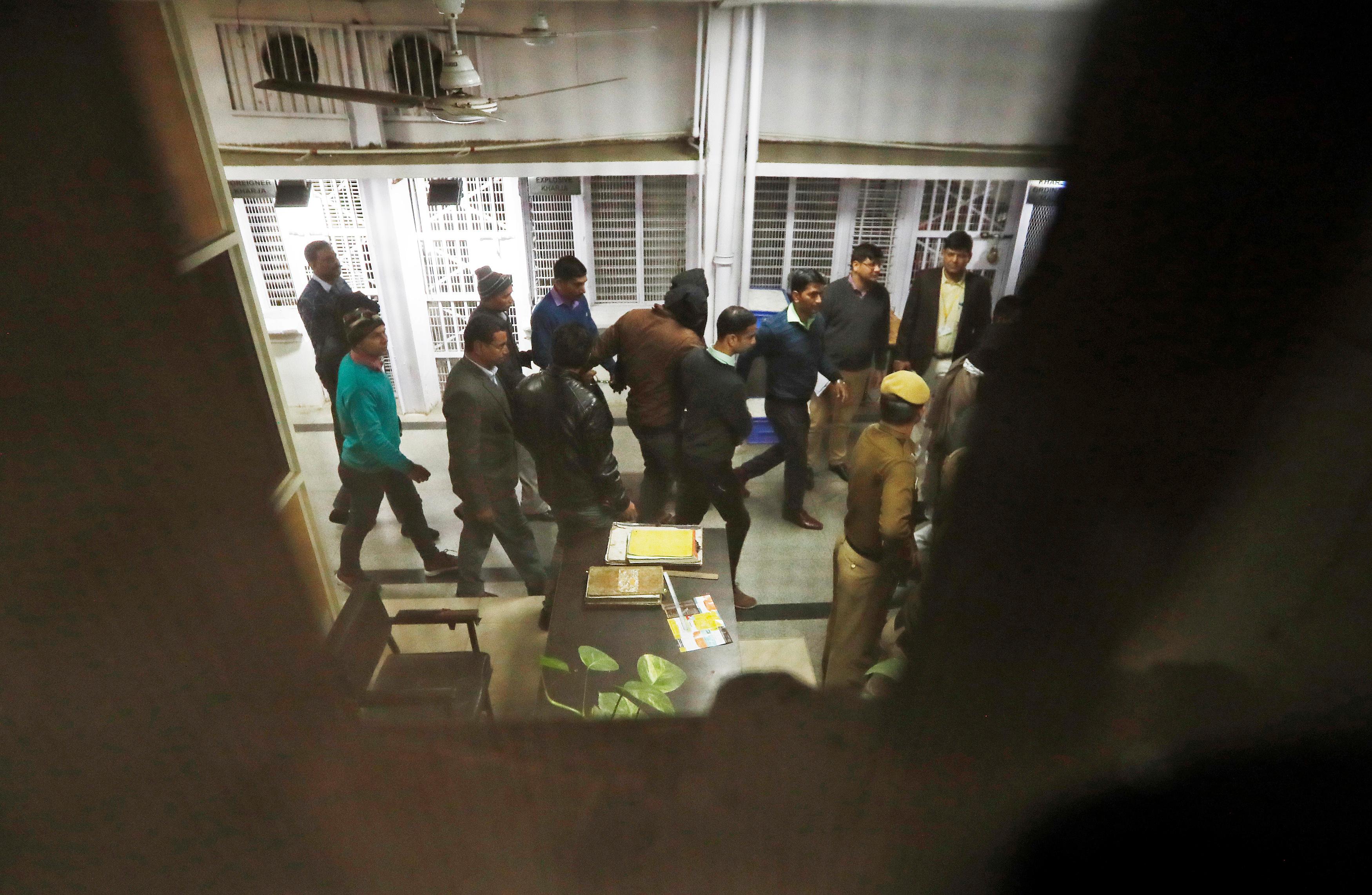 Members of the cell, which police said had links to an Islamic State-inspired group, were arrested in raids in Delhi and nearby cities on Wednesday, the National Investigation Agency said.

M.S. Khan, a lawyer representing the accused, told the court they were innocent. The court remanded them in custody for 12 days.

Police earlier brought the suspects to court, amid tight security, with their faces covered.

Additional Sessions Judge Ajay Pandey ordered that proceedings be held in a closed session, with media and public excluded, for security reasons.

The agency said it had recovered about 25 kg of explosive material, including potassium nitrate and ammonium nitrate, as well as 12 pistols, a home-made rocket launcher and Islamic State-related literature.

Khan told Reuters the rocket launcher was actually just a part from some farm machinery and the explosives were for fireworks to mark a Hindu festival.

“There is a lot of fabrication. My clients are innocent,” Khan said.

According to media, the interior ministry had written to state authorities in June about an all-time high threat to Prime Minister Narendra Modi ahead of the next general election, which must be held by May.

The National Investigation Agency (NIA) said the cell was formed three months ago and identified the main suspect as a 29-yaer-old Muslim cleric.

The cleric, who was working at a religious school in Amroha town, in the northern state of Uttar Pradesh, and his associates had procured the weapons and the bomb-making material to carry out attacks at crowded places in and around Delhi, the NIA said.

The accused include three Delhi students, three shopkeepers and an auto-rickshaw driver.