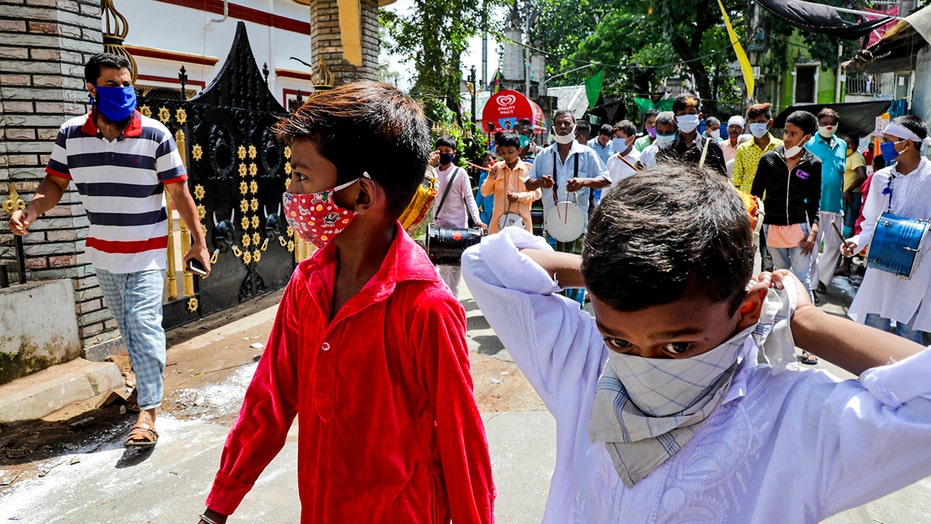 NEW DELHI — India registered 78,761 new coronavirus cases on Sunday, the biggest single-day spike in the world since the pandemic began, just as the government began easing restrictions to help the battered economy.

The surge raised India's tally to over 3.5 million, and came as the government announced the reopening of the subway in New Delhi, the capital. It also will move ahead with limited sports and religious events next month.

A country of 1.4 billion people, India now has the fastest-growing daily coronavirus caseload of any country in the world, reporting more than 75,000 new cases for four straight days. 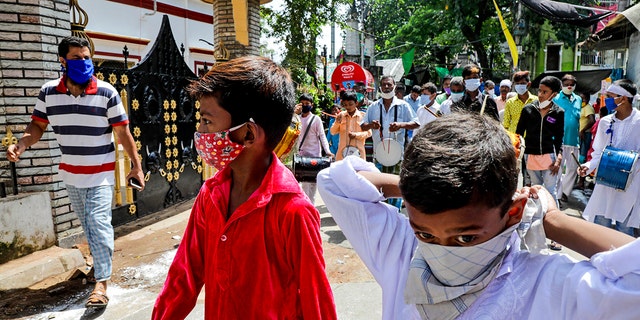 Muslims wearing face masks beat drums as they take part in a Muharram procession in Kolkata, India, Sunday, Aug. 30, 2020. India has the third-highest coronavirus caseload after the United States and Brazil, and the fourth-highest death toll in the world. (AP Photo/Bikas Das)

One of the reasons is testing: India now conducts nearly 1 million tests every day, compared with just 200,000 two months ago.

A significant feature of India’s COVID-19 management, however, is the growing rate of recovered patients. On Sunday, the recovery rate reached nearly 76.5%. 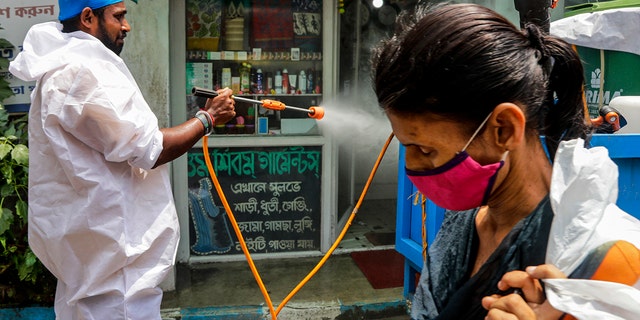 A civic worker sprays sanitizers in front of a shop as a woman wearing face mask walks past in Kolkata, India, Sunday, Aug. 30, 2020. India has the third-highest coronavirus caseload after the United States and Brazil, and the fourth-highest death toll in the world. (AP Photo/Bikas Das)

But COVID-19 fatalities continue to mount and soon India will have the third-largest death toll, after the United States and Brazil, even though it has had far fewer deaths than those two countries.

Even as eight states remain among the worst-hit regions and contribute nearly 73% of the total infections, the virus is now spreading fast in the vast hinterlands, with health experts warning that September could be the most challenging month yet. Early last week, members of a small secluded tribe in the remote Andaman and Nicobar Islands tested positive for the coronavirus. 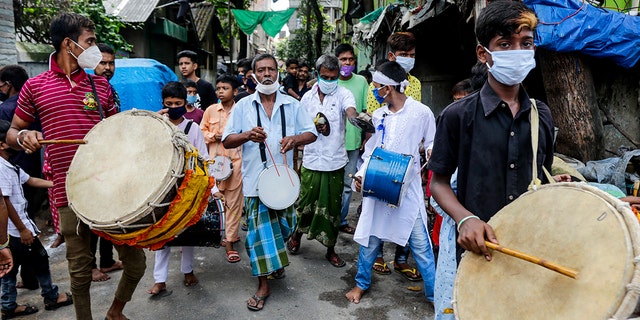 Muslims wearing face masks beat drums during a Muharram procession in Kolkata, India, Sunday, Aug. 30, 2020. India has the third-highest coronavirus caseload after the United States and Brazil, and the fourth-highest death toll in the world. (AP Photo/Bikas Das)

So far, the biggest contributor to the new surge has been the western state of Maharashtra, home to the commercial capital of Mumbai. It alone has accounted for more than 24,000 deaths and nearly 21% of all cases.

India’s economy — the fifth largest in the world — has been severely hit by the pandemic. But despite the surging cases, Prime Minister Narendra Modi and his team have been pushing for a return to normalcy to ease the pain.

The federal government on Saturday said the crowded subway, a lifeline for millions of people in New Delhi, will reopen gradually starting Sept. 7. Schools, colleges and movie theaters will remain closed until the end of September.