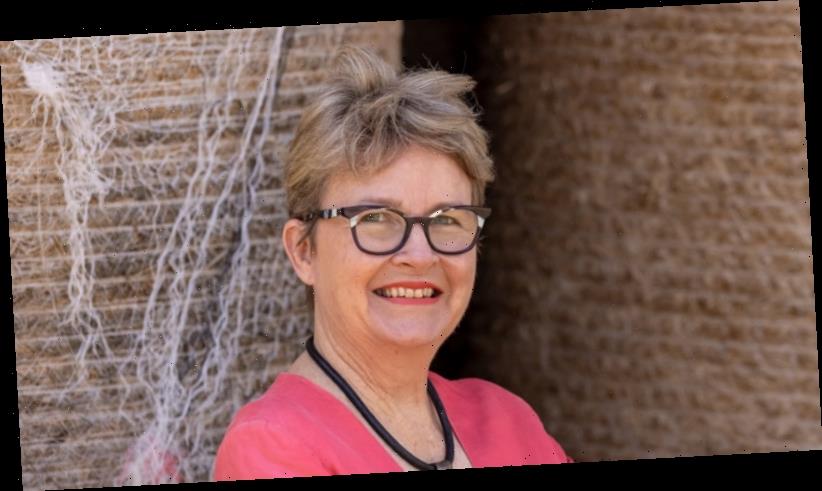 In 2012, a dozen men and women from the federal electorate of Indi in Victoria’s north-east decided they’d had enough of politics as usual.

Last held by Labor in 1931, Indi had been represented by conservatives for more than 80 years – first by the United Australia Party, and then by the Country and Liberal parties. Sophie Mirabella had held the regional seat for almost 12 years. 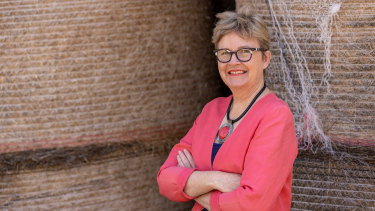 Susan Benedyka is running as an independent Senate candidate for Victoria, part of a growing movement to get independents elected and shake up “politics as usual” in Canberra.Credit:Jason Robins

But Voices for Indi wanted to shake things up. To marginal seats, so the theory went, went the spoils. Safe conservative country seats were being dudded, they argued.

When Cathy McGowan – with the backing of Labor and Greens preferences – unseated Ms Mirabella, politics as usual was turned on its head. Suddenly, it seemed, community candidates could claim the same power as major political parties – at least, in the right target seats.

Now there are concerted plans to replicate that upset. Susan Benedyka – one of the original Voices for Indi members – has declared her candidacy for the Senate in the looming federal election, which could be called any time between August 7 this year and May 21 next year.

With Labor enjoying a slim lead over the Coalition in opinion polls and the government on the slimmest majority, McGowan is leading a drive to get more independents elected. 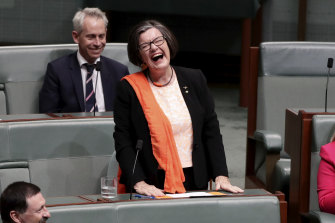 Cathy McGowan, pictured during her valedictory speech in federal Parliament, represented Indi between 2013 and 2019.Credit:Alex Ellinghausen

McGowan ran an online national convention in February called Getting Elected, designed to give grassroots candidates the knowhow to run their own races for government. It featured a disparate group of current and former women politicians including Helen Haines, Jacqui Lambie, Kerryn Phelps, Zali Steggall, Rebekha Sharkie and Suzanna Sheed.

Organisers hoped to attract about 50 participants. More than 300 turned up.

“It’s not just the politics of Canberra driving this, it’s this government being there for eight years and people wanting something significantly better for themselves,” McGowan says.

“And then the opportunity of having a Member of Parliament on the crossbench as opposed to being in a safe seat makes great political sense to a lot of people.”

While Benedyka – a 63-year-old regional development consultant from outside Wangaratta – is the first of the group to formally declare her hand, she expects more to follow.

“There is a lot of energy emerging,” she says.

“We’ve lost integrity in politics, we’ve lost true representation. Now, these independent people that have been elected have entirely different agendas … and how good is that?”

More than two dozen grassroots groups have formed to either field candidates or to push for greater community engagement with their MPs. Among the most active are We Are Hughes, which says it will endorse a candidate to run against former Liberal Craig Kelly, and Voices for Hume, which has Energy Minister Angus Taylor in its sights.

Benedyka says that after the toxicity of recent weeks in federal parliament the time is ripe for principled independents to step up, arguing MPs from the major parties are unable to speak out against poor behaviour.

“At the moment because of the power and fear of being part of the pack … your positional power is dependent on the party, and people are afraid to call out poor behaviour. They’re afraid to say ‘this is not the way it should be’.”

Monash University political commentator Nick Economou cautions that the chance of independents being elected in Australia’s parliament is “very slim”.

“The system is really loaded against people outside of the major party system,” he said.

Of Victoria’s 12 senators five are Liberal, four are Labor, two are Greens and one is a National.

The Greens have also called on voters to welcome a hung parliament, based on electoral analysis assuming a uniform swing of just 0.6 per cent against the government. (Uniform swings are almost unheard of).

There are currently three MPs elected as independents in Parliament (not including Craig Kelly, who defected from the Liberals): Denison MP Andrew Wilkie, Helen Haines from Indi (who succeeded McGowan) and Zali Steggall from Warringah.

“It can be done, but to do it you really need a very strong base of support, you need to be polling – not in opinion polls but in the actual election – you have to be polling over 35 per cent of the primary voters, and that’s a big ask,” Economou says.

“And then you’ve got to get all the preferences coming to you from all the other players, including a major party somewhere. So while it’s not impossible it’s very, very hard to do.”