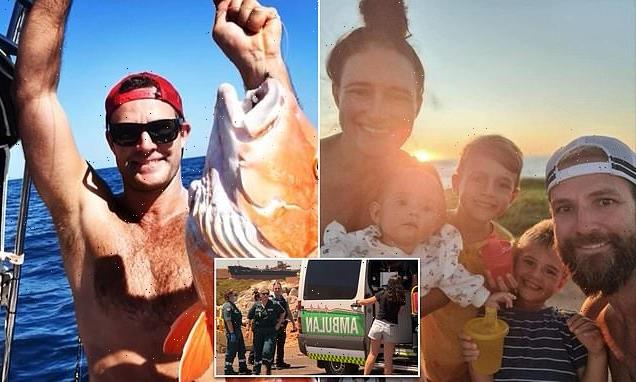 A brother-in-law used ordinary boating supplies to save the life of a father-of-three after a bull shark almost ripped off his arm during their spearfishing trip.

Robbie Peck, 38, was in the water about 11km off the coast of Port Hedland in Western Australia on Friday as his brother-in-law Ben and four-year-old son waited in the boat.

But the day took a dire turn when a huge bull shark bit into Mr Peck’s upper arm and wrist as he was making his way back to the boat with the fish he’d just caught.

The three were at least half-an-hour away from the nearest help so Ben sprang into action with what he had at hand. 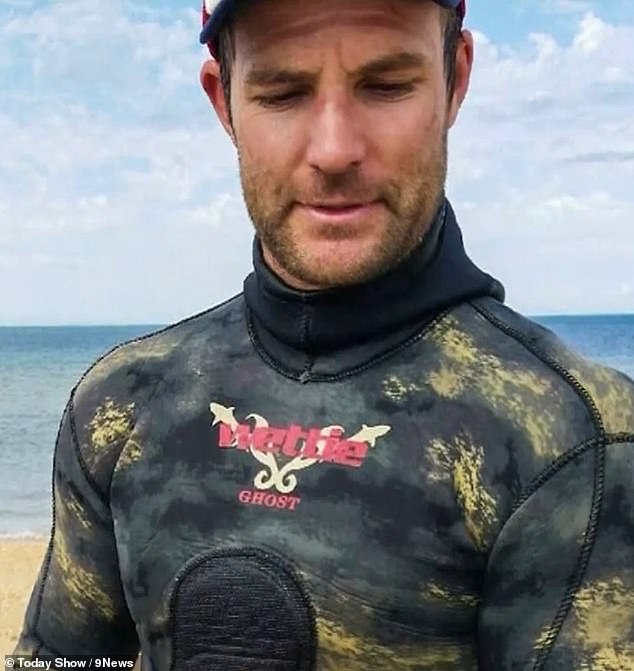 Father-of-three Robbie Peck (pictured), 38, almost had his left arm severed off his shoulder after being attacked by a shark while spearfishing offshore at Port Hedland in Western Australia on Friday 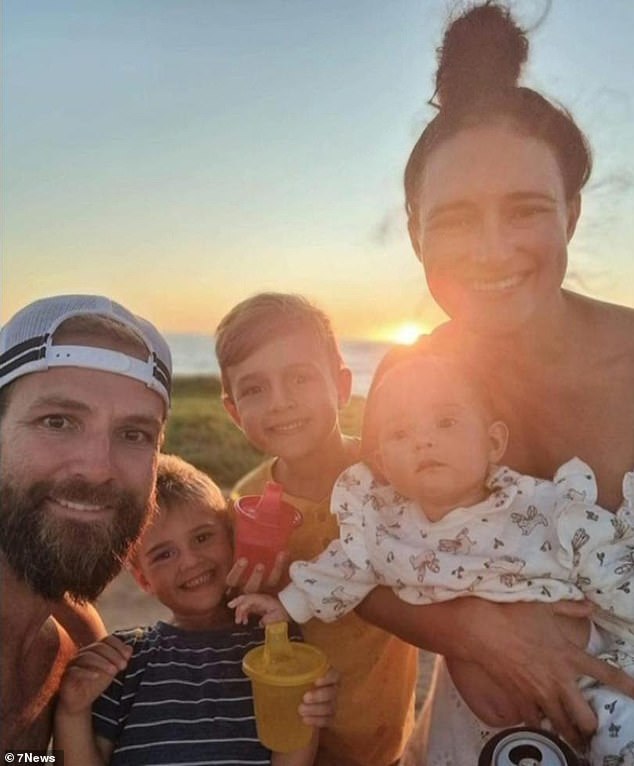 ‘He took the speargun rubber and made a makeshift tourniquet and used the wetsuit itself to keep everything in place,’ friend Wally Galli of GT Diving told 7 News.

‘The young fella was covered in blood, he was there helping his dad.’

Mr Peck is being treated in Royal Perth Hospital where he is recovering well, thanks to the first aid provided, though he will likely need further surgery and lengthy rehabilitation on his arm.

A Royal Flying Doctor Service spokeswoman said his injuries were so serious his left arm had ‘nearly been severed’.

Paramedics treated him after he was brought back to shore by boat at 11.30am, before he was then rushed to Hedland Health Campus under priority one conditions and then onto  Royal Perth for surgery.

Mr Peck was wearing a GoPro to film himself spearfishing but it was dropped when the shark attacked him. 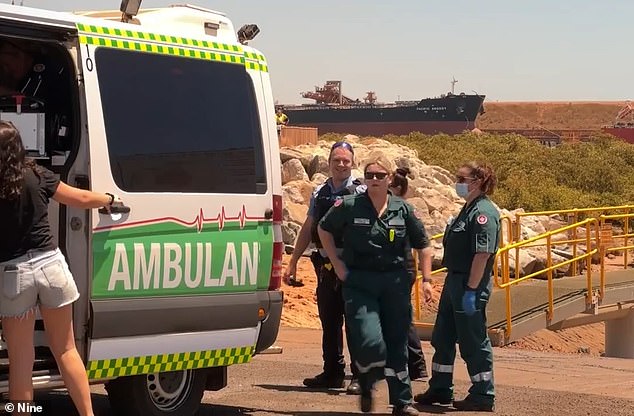 Paramedics attended him after he was brought back to shore by boat at 11.30am, where he was then rushed to Hedland Health Campus under priority one conditions

His wife Emily said the moment she heard ‘shark attack’ was not a phone call anyone would ever want to get.

‘(It was) just that sinking feeling in your gut and I swear all of the blood just drained from my face,’ she said.

The outing was supposed to be Mr Peck’s final voyage on the boat as the couple had organised to sell the vessel.

WA’s fisheries department is working with local authorities and has urged people to take additional precautions in the Port Hedland area. 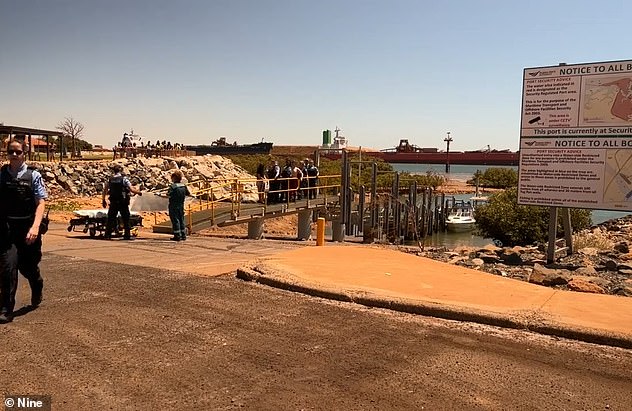