As thousands protest against fascism, three of six injured victims targeted by a far-right gunman talk to Al Jazeera. 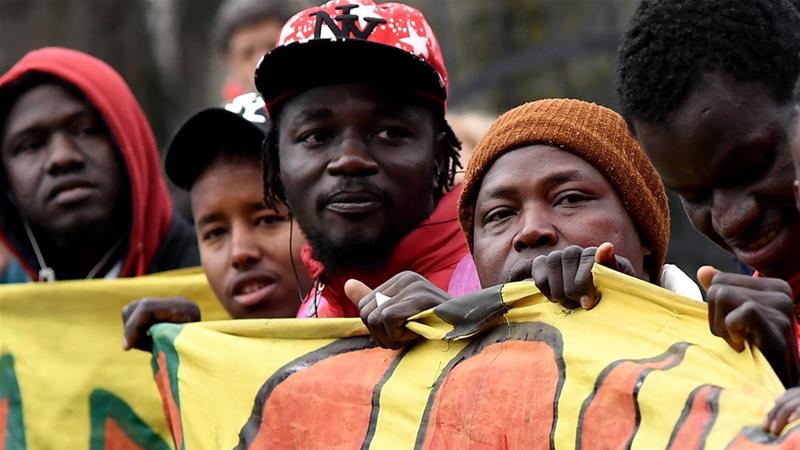 Thousands of Italians have marched against fascism in Macerata, a sleepy central Italian city where a far-right gunman recently opened fire on a group of African refugees.

Protesters on Saturday warned against a revival of fascist sentiment during the campaign for the March 4 national election.

A copy of Hitler’s Mein Kampf was found at Traini’s home alongside other books and items related to Nazism and white supremacy.

Traini had links to neo-fascist organisations and had unsuccessfully run in local elections with the right-wing, anti-Islam League party, also known as the Northern League.

Traini, whose weapon was licensed, remains under arrest and faces up to 20 years in prison.

According to Italian newspaper La Repubblica, Traini told investigators that he had wanted to avenge the death of Pamela Mastropietro, an 18-year-old woman whose body had been found dismembered in two suitcases a few days earlier, by “targeting black people”.

A Nigerian, Innocent Oseghale, is under investigation in the case.

The victims of Trani’s attack were hospitalised with non-critical wounds, mostly to the torso and arms. A number of others are believed to have fled the scene.

Of the six known victims, three are from Nigeria, including one woman, while the rest are from Mali, Ghana and the Gambia.

Nigerians made up the largest number of arrivals to Italy in 2017 and previous years through the central Mediterranean route.

According to the EU border agency, Frontex, the route saw a one-third drop in arrivals compared with the previous year after Italy’s much-criticised deal with Libyan authorities and militias.

Nigerians are also most likely to be denied asylum in Italy.

The Macerata attack has brought the issue of migration back to the fore.

Former Prime Minister Silvio Berlusconi – who is making a comeback despite a conviction for tax fraud banning him from running for office – said 600,000 migrants in Italy should be deported.

Berlusconi runs with a coalition that includes the nationalist Brothers of Italy and the League, whose leaders have described the shooting as an effect of “uncontrolled migration” and policies of the current centre-left government.

Figures on the left, meanwhile, accused the League party leader Matteo Salvini of being the “moral instigator” of Traini’s attack for encouraging xenophobic rhetoric.

“That day, Saturday, I was walking alone to the supermarket when I saw a black car. It just blocked me. I saw the guy after he shot me. He moved fast. I was shouting, there was a lot of blood. I didn’t know him. He was alone inside the car, shooting and driving.

I came to Italy by sea. Being here, I thought I was safe. This is Europe, everybody wants to come and live a better life. I was surprised. This is what we run from. We run to save our lives.

A lot of Italian people are nice, but life in Italy is not easy. When you leave the camp, you suffer in the streets. In Italy, I have a residency permit. But where is the work? I can’t get a job in Italy.

In Nigeria, there was a crisis in my community. [Attackers] killed my father. There were fights for land; my father died. I ran away to Libya. I don’t know where my family is now, because there is no communication from them. With the residency permit they gave me, I can’t go home, I have to stay here in Europe.

I travelled from Nigeria to Libya for one week. We drove day and night with smugglers from Libya. In the Sahara desert, a lot of people died. There was no water, no food, strong sun.

We went to Gatron in Libya, from Gatron to Sabha, Sabha to Tripoli. Tripoli to Sabratha.

From there, we wanted to push to the Mediterranean Sea and waited for a rubber boat – we call it a balloon, or “lapalapa”. A German rescue ship ended up bringing us to Italy, to Messina, Sicily. 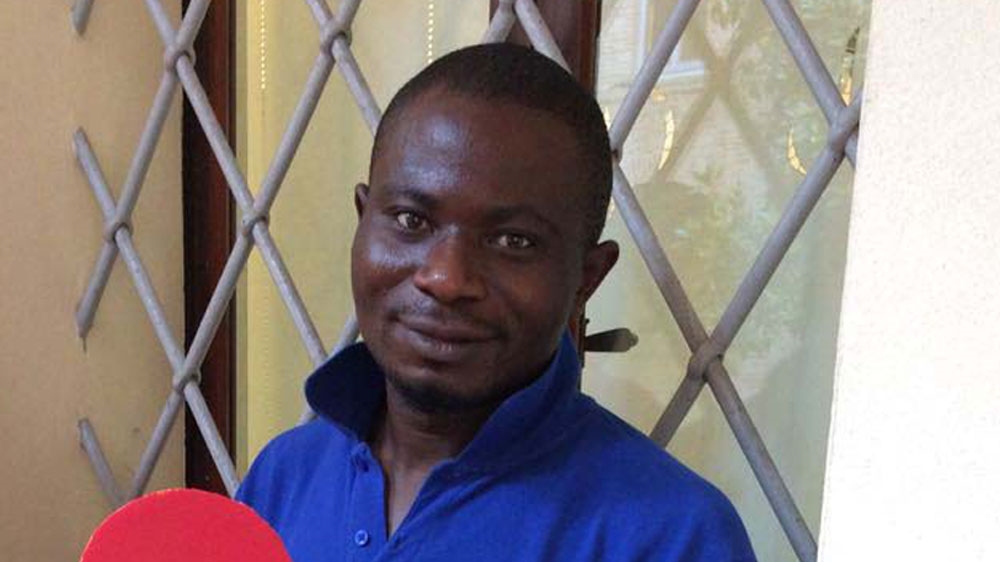 I have been here for a year and six months. I live in a camp. We have luck to come here; many people die, we are the lucky ones.

If Libya is good, people would settle down in Libya. There is work there, but there is racism. I was a store assistant in Sabha. Sabha is not good at all. There’s no government in Libya, so everybody carries a gun. They control black people.”

Kofi Wilson, a 20-year-old builder from Accra, Ghana, was shot in the chest …

“At around 11am on Saturday morning, I was with my friend. We heard a gunshot five metres from us.

I said: ‘No, it’s not a gunshot, because we are in Europe. It’s not normal to hear a gunshot like this.’

In another five minutes’ time, we saw cars coming. That’s when I realised I’d been shot.

Then, I don’t know; I saw more people, they were running.

People started to come near me, Italian people were trying to wake me up. At that moment, I didn’t see anything again.

Before coming to Italy, I was in Libya for more than a year. I went to prison in Libya. Living there is hell. I was in Tripoli working as a builder. Now in Italy, I’m looking for work. Sometimes I have work, sometimes I don’t.

I came from Tripoli to Messina. The journey was very bad. It’s not a small journey, it’s a very, very difficult journey, but you know, if you come to Libya, it’s not easy to go back to Ghana through the desert again. The route is dangerous. They are killing people, they are doing enough things to black people. I had to face what was in front of me.

I paid $1,130. It took a day to get from Tripoli to Messina. There were more than 100 people on the boat. A lot of them were injured. Before we were rescued, our boat capsized so a lot of people died in the sea.

Me, I also fell in the sea, but I survived. When the boat capsized, the rescue wasn’t close. Before the rescue came, a lot of people died.

Now I am seeking asylum. I pray everything will be OK.”

Jennifer Otiotio, a 25-year-old hairdresser from Nigeria’s Delta State, was shot in the chest …

“I was standing in front of the train station when I heard a gunshot. I was with a friend waiting for a bus to come to go to Civitanova.

I have lived in Macerata for seven months. Before that, I was in Nigeria. I came through Libya, by boat.

If someone wants their hair done, they can call me. I go to their homes. I can’t move my hand now, I am afraid to lose my hand. I pray to God to make my hand good, make me use my hand to work.

Macerata was good, peaceful. Italy is OK. I was shocked after what happened. Italy is a peaceful place. Let there be a big calm. Let Italy go back to the days before. Let there be no trouble. A place where there is no peace, nobody can stay.

You don’t pay bad with bad. If you commit a crime, you face your punishment.

In Nigeria, I was also working as a hairdresser. I left Nigeria because of a little ‘peace crush’. I gave my nine-year-old child to my mother and I ran to Libya. When I got to Libya, they said there was going to be trouble there, too. So I decided to come to this side Europe to have a piece of rest.”

These interviews have been edited for clarity.