Wilmington: US President-elect Joe Biden chose Susan Rice, who was national security adviser to former President Barack Obama, on Thursday to lead the White House's domestic policy council in a flurry of appointments to his developing administration.

Due to take office on January 20, Biden also selected former Iowa Governor Tom Vilsack to serve a second tenure as agriculture secretary, Obama White House aide Denis McDonough as secretary of Veterans Affairs, US Representative Marcia Fudge to head the Department of Housing and Urban Development, and Katherine Tai as US Trade Representative, his transition team said in a statement. 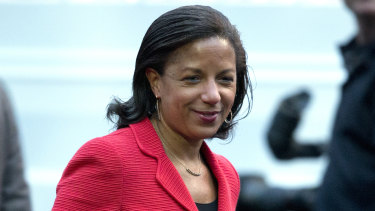 Susan Rice is one of a number of experienced and capable advisers in Joe Biden’s team.Credit:AP

Biden plans to introduce his latest slate of appointees on Friday in Delaware, the Democrat's team said.

The picks reflect Biden's commitment to a diverse administration while demonstrating a desire to reward longtime loyalists and Obama administration veterans with whom he worked. Biden served as Obama's vice president for two terms.

The choice of Rice, 56, as Biden's top domestic policy adviser came as somewhat of a surprise given her extensive background in foreign affairs. Besides her role as Obama's national security adviser, she earlier served as his ambassador to the United Nations. A black woman, she was a contender earlier this year to be Biden's running mate.

Rice had been under consideration for Biden's secretary of state, but she likely would have faced fierce opposition from Republicans in Congress over her role in a controversy over the deadly 2012 attack on the US mission in Benghazi, Libya.

Vilsack, 69, served as USDA secretary under Obama for eight years and as Iowa governor from 1999 to 2007. He is seen by establishment Democrats as a sound choice, largely because of his moderate politics and relationships with large-scale farmers.

His congressional confirmation is expected to face headwinds from progressive Democrats. Critics argue Vilsack is cozy with corporate agribusiness and top lobbying groups such as the American Farm Bureau Federation and the US Dairy Export Council, where he is currently the chief executive officer. He had been a staunch early backer of Biden's presidential bid. 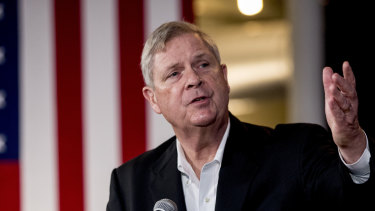 Tom Vilsack has been nominated to be secretary of agriculture. Credit:AP

McDonough, 51, may face questions from veterans groups given that he has never served in the armed forces. He had been a longtime national security aide to Obama prior to his stint as chief of staff during Obama's second term, where he worked closely with Biden.

"We are surprised," Joe Chenelly, the executive director of American Veterans, a veterans organisation known as AMVETS, said in a statement. "We were expecting a veteran, maybe a post-9/11 veteran. Maybe a woman veteran. Or maybe a veteran who knows the VA exceptionally well."

Fudge, 68, is a congresswoman from Cleveland who has served in the US House of Representatives since 2008. If confirmed, she would be the second black woman to lead HUD, which focuses on federal policy surrounding housing. She is a close ally of Representative James Clyburn, whose endorsement of Biden in February served as a turning point in his bid for the Democratic presidential nomination.

Tai, 45, a Chinese American who serves as the chief trade lawyer on the House Ways and Means Committee, won the backing of congressional Democrats and labour and business circles in recent weeks. She played a key role in negotiating stronger labour provisions with the Trump administration in the new US-Mexico-Canada (USMCA) trade deal and would be the first woman of colour to serve as trade representative.

US Representative Richard Neal, chairman of Ways and Means, called Tai the best choice for the position. "As the United States seeks to repair strained relationships with our partners around the world and address increasingly perilous challenges from China, Katherine will be an honorable and effective representative for this nation, our people, and our interests," he said in a statement.