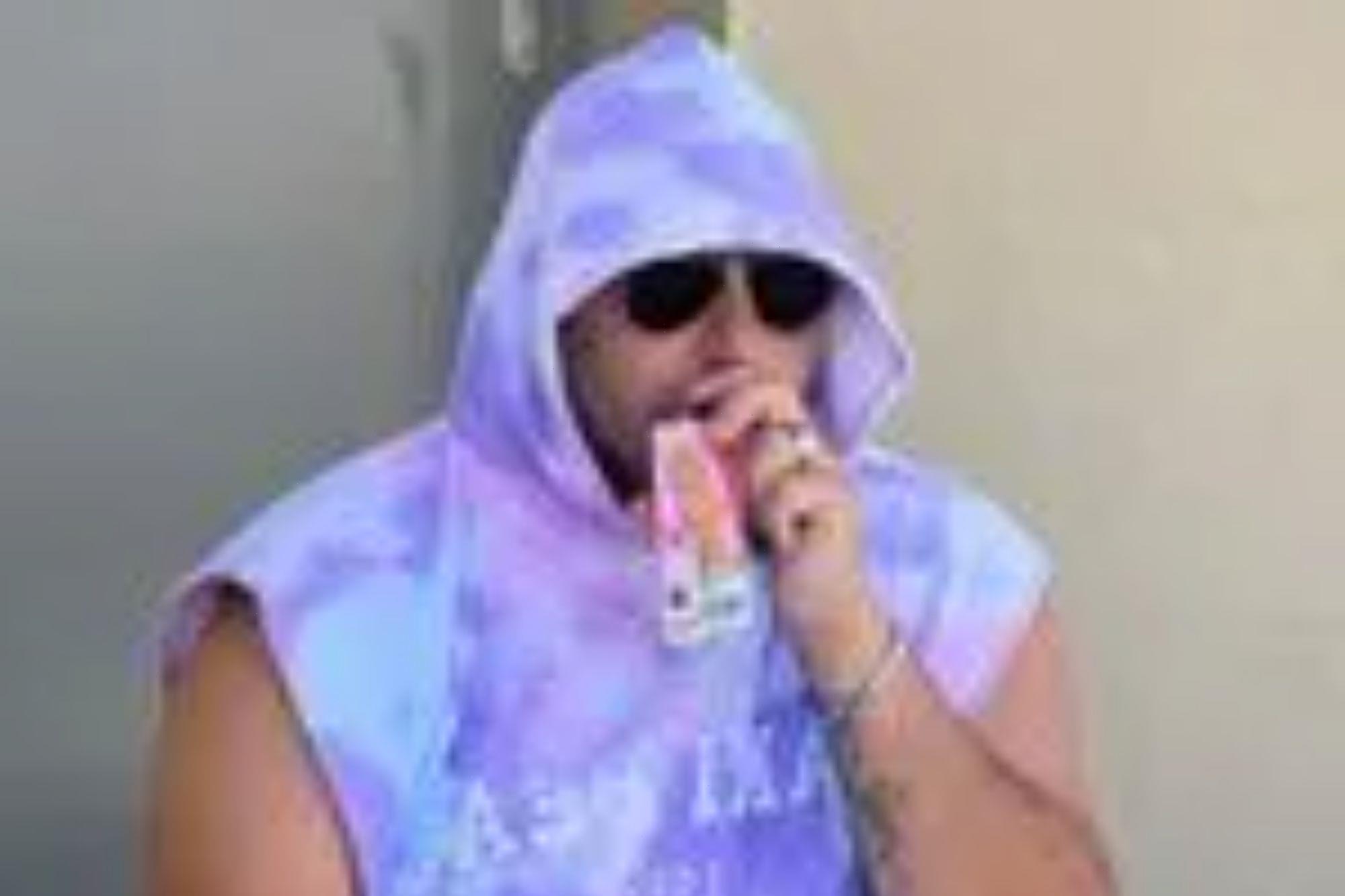 WITH a waistline almost as big as his fearlessness – and a brutal list of injuries to prove it – this is the world's fattest daredevil.

Known only as La Mascotte, or The Mascot in English, the mysterious 30-year-old turned to extreme jumping more than 15 years ago – and has earned a reputation as the biggest and bravest of the lot. 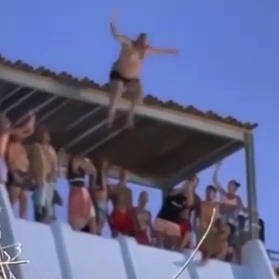 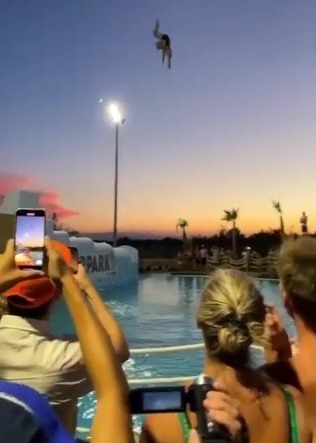 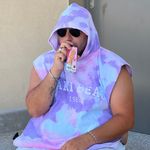 "I’m doing this because I am large and I want to show that people who are big can also do great things," he told The Sun Online.

La Mascotte, who goes by la-mascotte94 on Instagram, started posting videos of his insane dives two years ago, and works with a team of four, who he credits for his recent success.

"My friend who goes by @acrobat94 online taught me how to dive. He does a lot of extreme videos and we hope to become big names together."

The larger-than-life adrenaline junkie, who lives in Paris, said he tours water theme parks across France in search of the biggest slides and catapults himself off them, often performing flips and turns before belly flopping into the water. 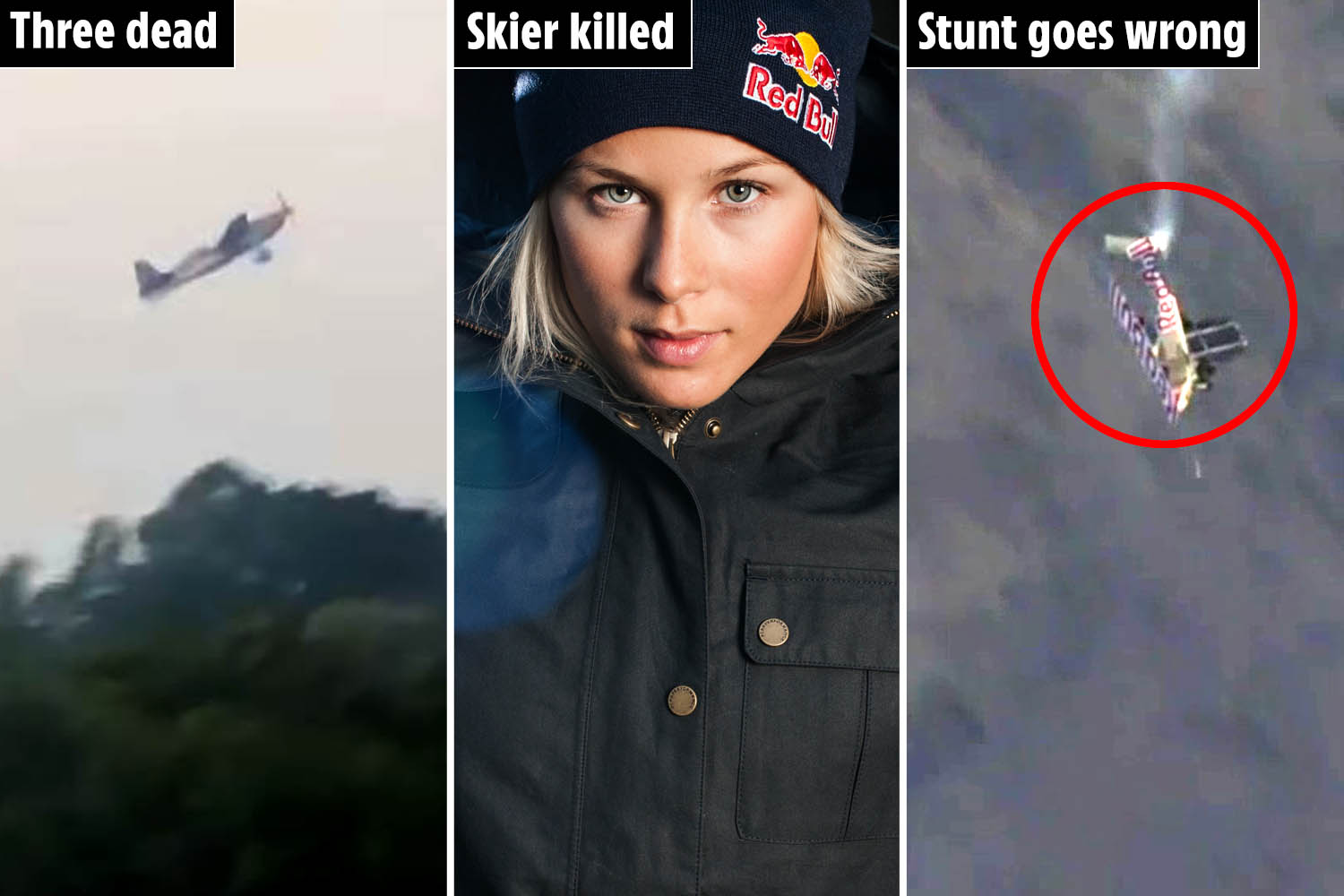 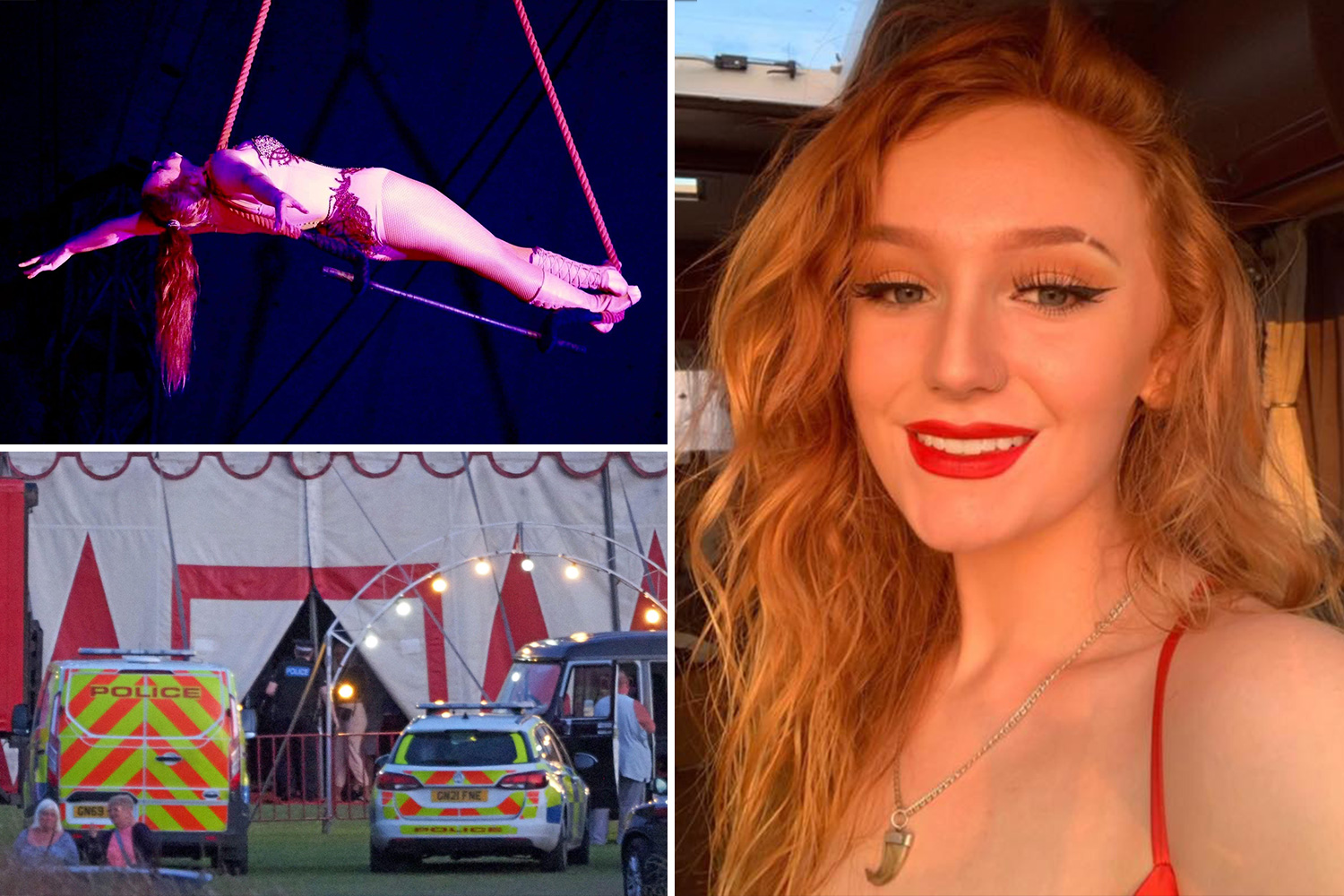 "I want to show off what large people can do," he said, adding that extreme sports are his passion.

"For my next jump, it will take place at the bottom of the Eiffel Tower.

"I’m going to jump from the bridge at the base of the Eiffel Tower and into the [River] Siene. I'm going to do some flips and end with a Death dive."

A Death dive is when you jump in belly flop position but at the last moment grab your feet and land in a ball on your stomach.

'Brings me to tears'

La Mascotte's friend and fellow daredevil, who goes by her Instagram name @cass.officiel, said she's proud of what her pal is doing.

"He’s pushing other people to do the same. People who are fat or a bit larger than the normal population, he’s pushing them to go over their limit and break their fears and be active."

But La Mascotte's fame has come at a price.

He's broken his ribs, feet, arms and a knee, not to mention bruised his entire body many times over.

The former engineering student's latest jump at Frenzy Waterpark in Torreilles which went viral left one side of his body covered in red, blotchy bruises, which he shared on his social media accounts.

"My next step is to keep on doing what I’m doing, to get more followers, and potentially get some brand deals for the future. Always higher, always bigger," he said.

"It’s finally nice to have someone recognise me for what I’m doing and it’s nice to have the support of people and support in general."

The illusive water acrobat artist – who doesn't want to reveal his real identity – said he chose his name because "mascots are always fat and they don’t show their face".

Last month, the pudgy daredevil climbed onto the roof of a tall slide at Frenzy Waterpark and jumped as a large crowd watched on.

Footage shows the young Parisian raising his hands to rally a crowd who cheer him on as he jumps and glides down the plastic slide and is sent soaring into the air before landing a few feet from the edge of the pool.

What appears to be GoPro footage shows La Mascotte fully stretched out and arms flailing as he's catapulted through the air.

Moments later, he lands heavily, creating an almighty splash in his wake.

According to French news outlet L'Independant, the waterpark organised a jumping competition that was sponsored by Red Bull.

La Mascotte was one of a few to jump on the renovated waterslide, which got a makeover costing €6 million, according to the publication.

It's not the first time the mystery daredevil wowed crowds with his hilarious diving skills.

Other recordings have appeared showing him belly-flopping from a suspended bridge 36ft in the air into what looks like a lake, according to his Instagram account.

Another shows him ploughing off the same waterslide but this time from the proper start position.

He lays on his stomach as he flies down the slide and hits the water on his side.

Another clip shows him doing a tandem jump. 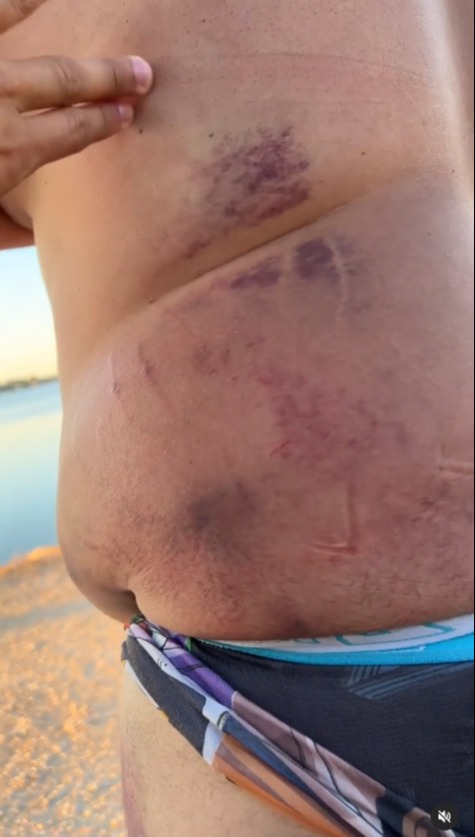 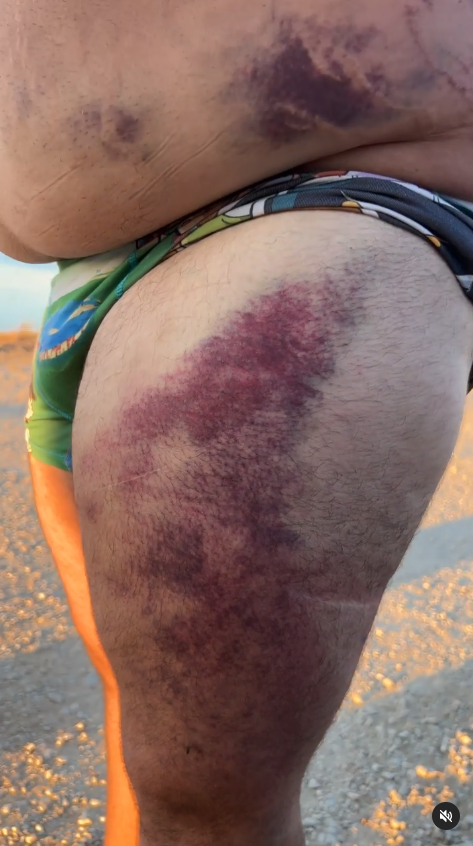 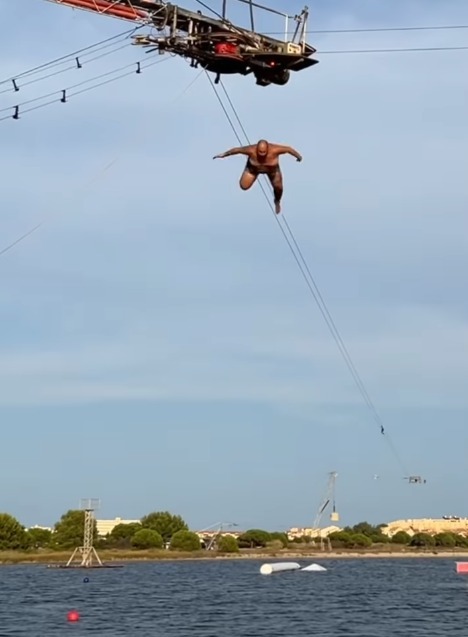