HANDAN, China (Reuters) – Every Saturday, Chinese farmer Li Eryou still calls the long-disconnected mobile telephone number of his son, who was among the 239 aboard Malaysia Airlines flight MH370 when it vanished five years ago in the world’s greatest aviation mystery.

“I don’t care what’s on the other end,” said the 60-year-old farmer from rural Handan, in the northern province of Hebei, as he described his weekly ritual. “I would always say a few words to my son.”

Li Yanlin, who worked in Malaysia for Chinese telecoms equipment giant ZTE, was 30 when the flight from Kuala Lumpur to Beijing disappeared on March 8, 2014, with 153 Chinese citizens on board.

“My son was the first person in our village to go abroad by plane,” his father told Reuters, as he thumbed through an album of his son’s last photos holidaying in Malaysia, downloaded from social media by his distraught parents.

Li’s wife, Liu Shuangfeng, said she frequently cries herself to sleep and has been diagnosed with severe depression.

Efforts to locate the aircraft have been unsuccessful.

In January 2017, Australia, China and Malaysia called off a two-year, $141-million underwater search in the southern Indian Ocean after it found no trace of the aircraft.

Last week Malaysia said it would consider resuming the search if viable proposals or credible leads emerged, but a lack of closure continues to gnaw at those left behind. 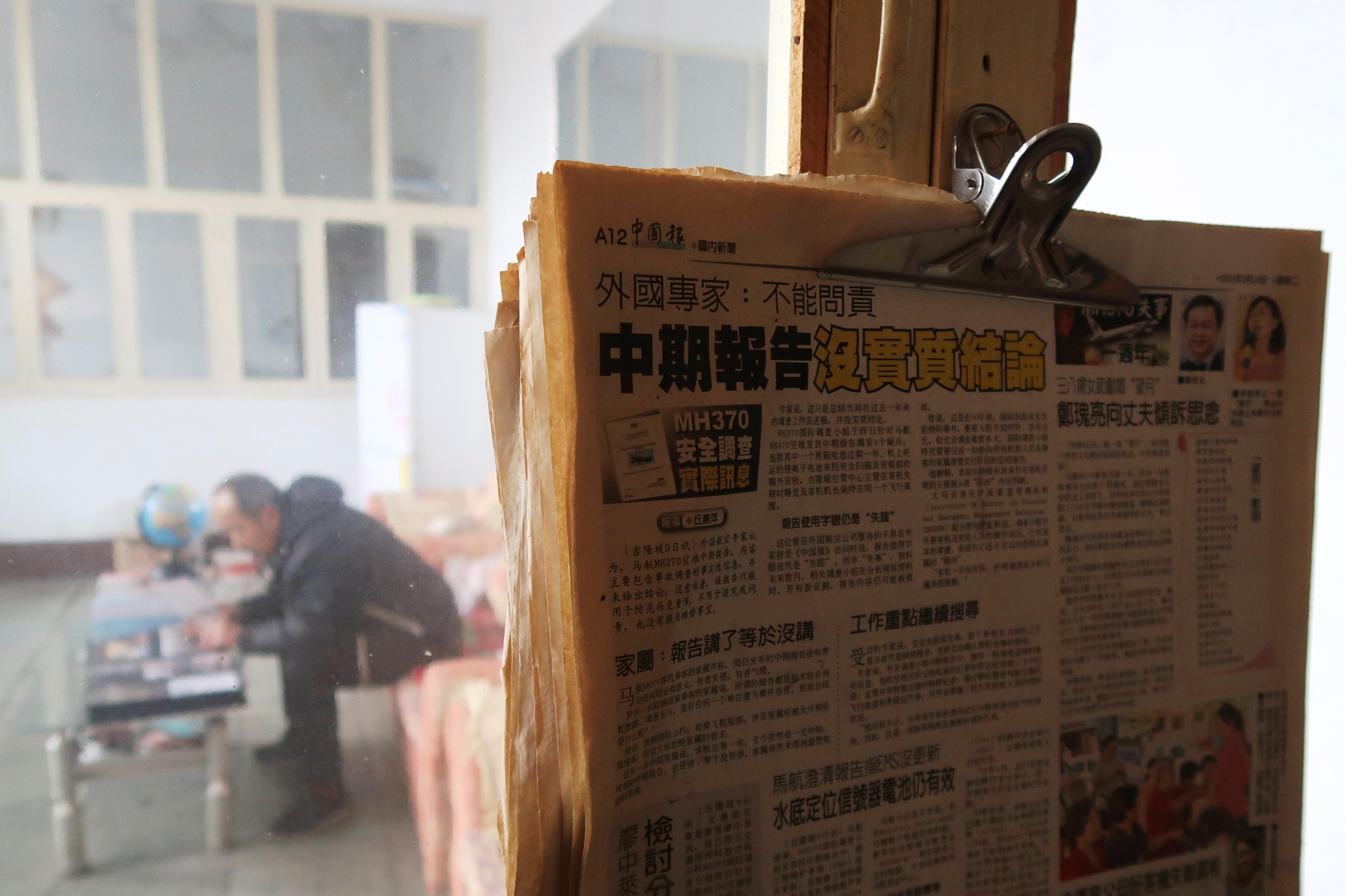 After his son’s disappearance, Li left his wheat crops overgrown and untended as he traveled back and forth to the Chinese capital of Beijing for meetings with Malaysian and Chinese authorities.

The hundreds of train tickets and receipts he accumulated in that effort will inspire him to keep up the search, he said.

“It has been five years, but I haven’t given up and will never give up,” Li said. “I will continue to search for my son.”