A hungry elephant was filmed rummaging through pick-up trucks in the hope of scavenging food.

Drivers and passengers along the stretch of road though the Khao Yai National Park in Thailand were stunned when the elephant started to remove items from the trucks using his trunk.

Vehicles along the road stopped still during the incident on December 9 as they tried not to disturb the creature.

One of the men in the vehicle said: ‘I pray that they don’t attack the car … Once he gets food he will leave.’

The elephant is seen picking up lots of inedible items, including a plastic bottle which he then spits out.

Throwing the large containers onto the floor in his hunt for food, the tusker finally manages to find uncooked rice which he stuffs into his mouth. 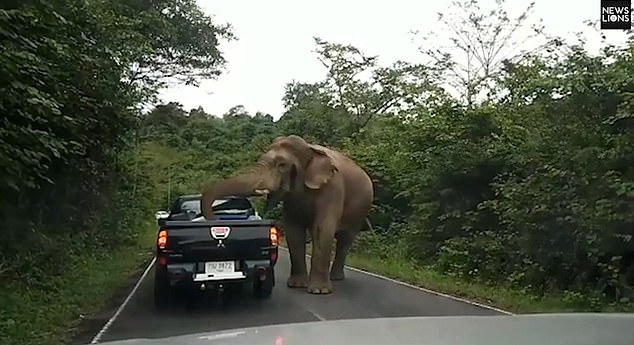 A man inside the vehicle from where the footage is being films asks the other passengers whether they should drive away as the animal begins to approach their truck.

One of the women inside disagrees and urges people to stay, with the elephant making his way over to their vehicle to rummage at the back of their truck.

The couple could be heard telling two of their children sitting in the back of the truck to keep quiet to avoid an imminent attack from the animal.

Luckily for all involved, the elephant does not cause them any harm they are able to drive away safely. 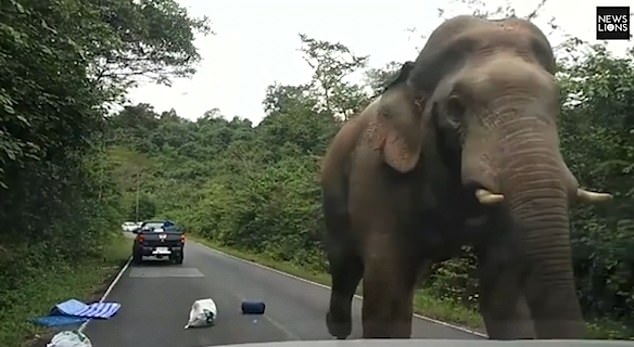