BUDAPEST (Reuters) – Thousands of Hungarians protested in Budapest on Saturday against a proposed new labor law that allows employers to ask for up to 400 hours of overtime work per year, a move its critics have billed as the “slave law”. 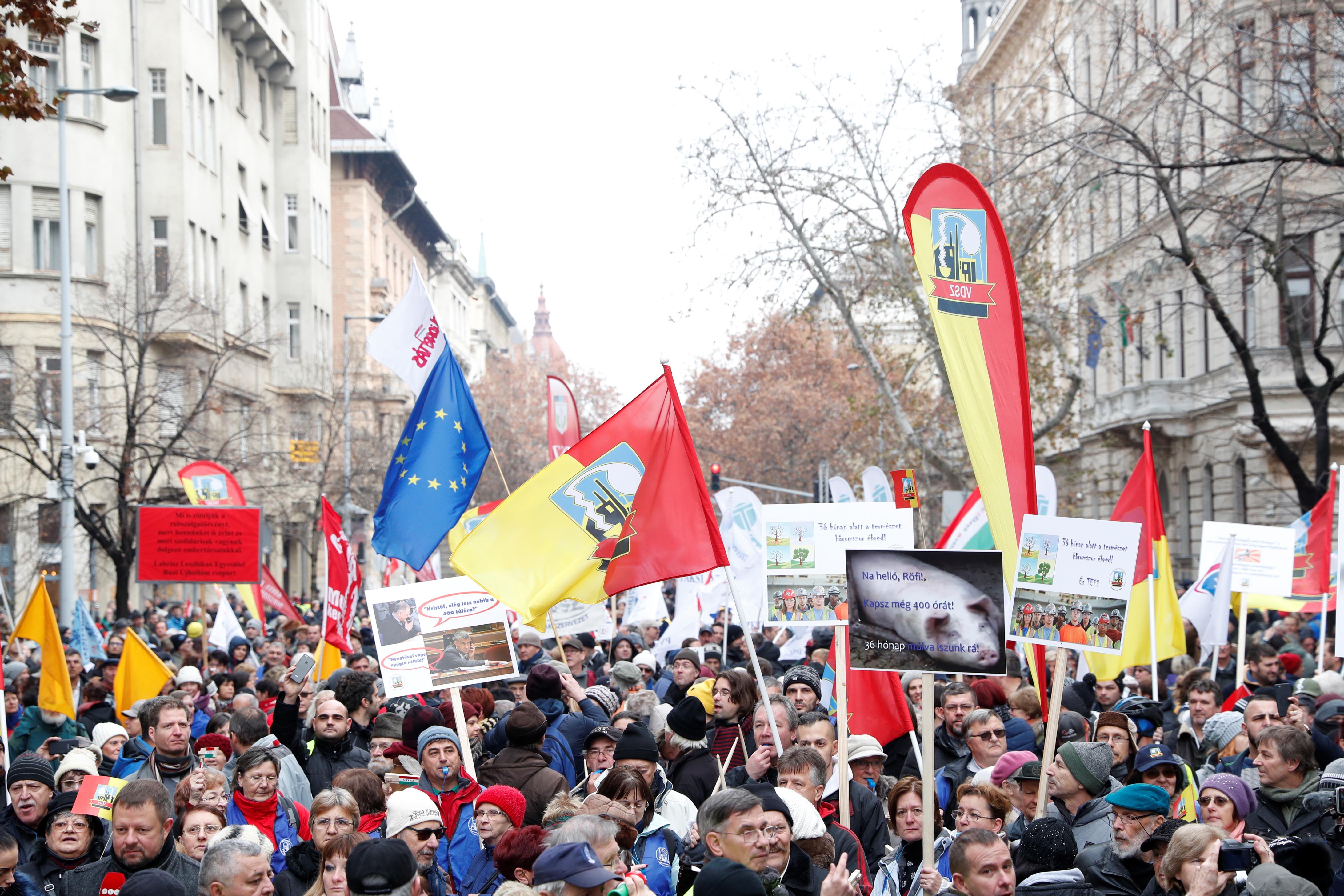 Members of trade unions and their supporters gathered under gray winter skies and marched waving banners like “we protest against the slave law” and “force your mother to do overtime”.

Prime Minister Viktor Orban has ruffled feathers in Europe and built a system his critics see as autocratic, forcing his will on business, academia, the courts and the media, but he has rarely angered large voter groups at once.

The last move that struck a nerve with so many people that it forced Orban to backtrack was a planned tax on internet data traffic, abandoned in late 2014 after tens of thousands marched against it.

The modification to the labor code submitted to Parliament this week has faced intense criticism, sparking the biggest street protest in over a year. Potentially, it could add two extra hours to an average work day, or the equivalent of an extra workday per week.

Police blocked off the main square outside Parliament, where the protest was headed originally, forcing the march to loop around the central Budapest area and fill Constitution Road, the main street leading up to Parliament.

“We are all really upset about the way things are going in this country,” Zoltan Laszlo, vice chairman of the Vasas ironworkers union, told Reuters. “This government just makes laws with scant consultation of those affected.”

“Our health status is already abysmal. People who make these kinds of laws work against society. We’ll show them that we can take our fate into our own hands. We are willing to turn a lot harsher.”

According to the bill posted on Parliament’s website, employers are guaranteed an extra 250 hours of overtime per worker per year. For the rest, they would have to seek employees’ agreement.

Lajos Kosa, the Fidesz lawmaker who was the original author of the changes, told Parliament this week that the Hungarian workweek will continue to consist of five eight-hour days as a rule, stressing that employees will get paid for any overtime.

He added that the weekly ceiling including extra overtime will be 48 hours of work.