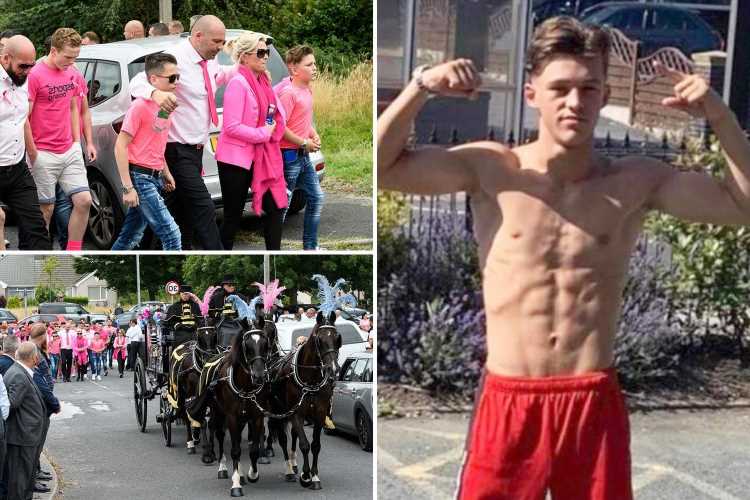 HUNDREDS of mourners lined the streets today in memory of tragic teenage boxer Frank Varey who drowned while playing with pals in a river.

The 16-year-old died during last month's heatwave in the River Dee, Chester, after heading to the water with his friends – who said they "tried everything to save him." 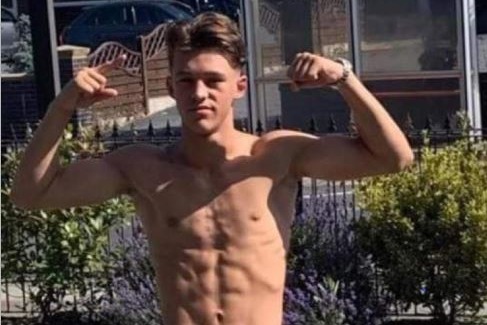 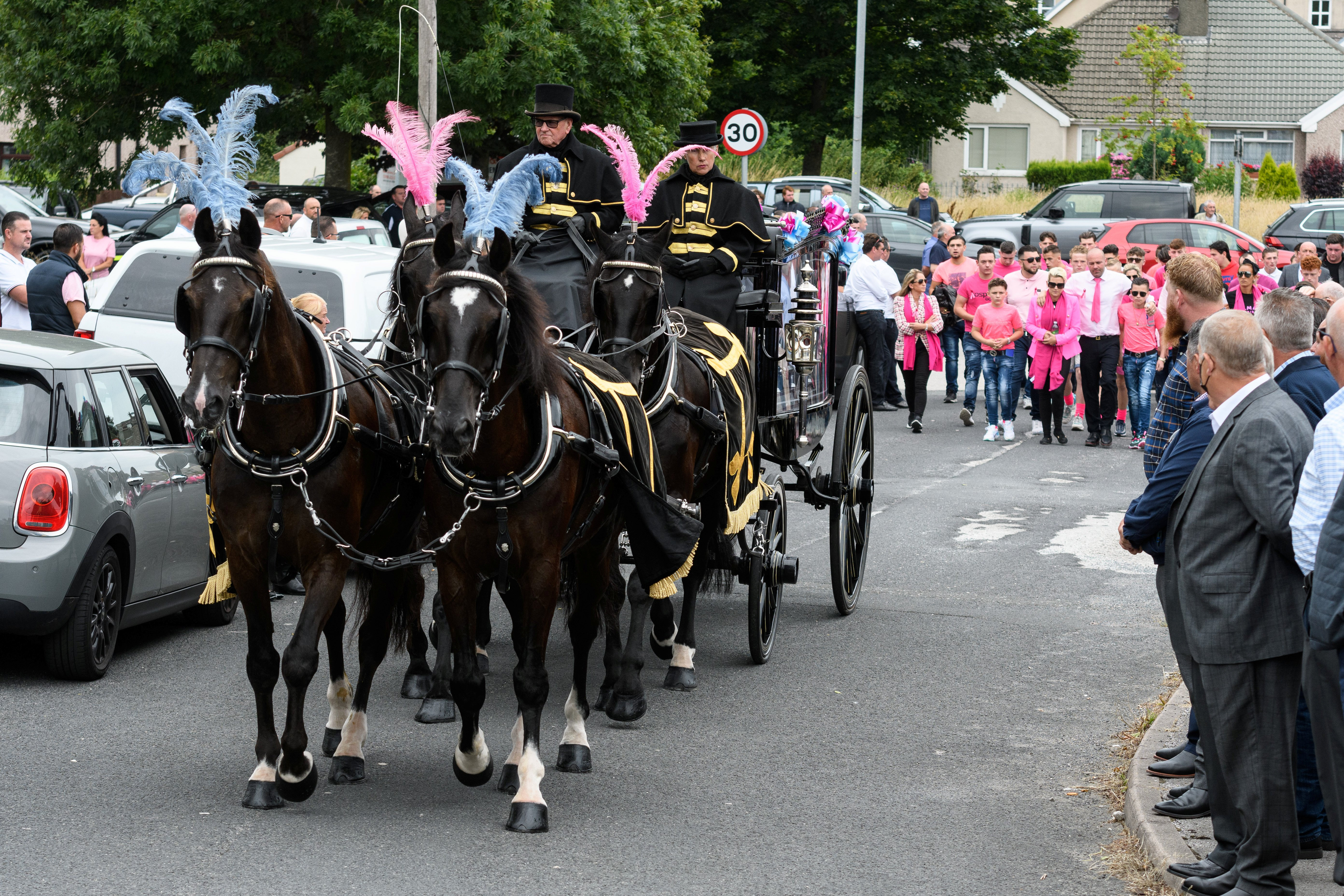 Heartbreaking footage posted to social media hours before tragedy struck on July 22 showed the shirtless lad enjoying the weather with his friends by the river.

Behind the camera, Frank can be heard saying "go on boys" as his pals took turns jumping into the water.

Tragically, he got into trouble in the water at around 2pm and – despite a frantic search by police divers – his body was pulled from the water six hours later.

The talented boxer, tipped to be a future world champion, was laid to rest today in his hometown of Morecambe, Lancashire.

Crowds of people wanting to pay their respects lined the streets as the procession made its way through the town exactly two weeks on from his death.

The funeral proceedings began at the family's home, with a service at Heysham Free Methodist Church followed at Hale Carr Cemetery.

A horse-drawn carriage carried Frank on his final journey, while his family and friends dressed in his favourite colour – pink.

Loved ones were hoodies with Frank's name and a photograph on, as well as pink ribbons.

A banner proclaiming "Lancaster's Legend" hung from the back of the funeral carriage.

Frank's heartbroken family hailed the rising star a "legend" in a tribute released shortly after his death.

"We are devastated beyond words, Frank was a legend in the boxing world and in life," the statement read.

"May our Young King live on forever."

Frank, who was a member of Sharpstyle ABC boxing gym in Blackpool, represented England at the European Junior Championships 2019 in Galati, Romania and won several National Championships titles.

Tyson Fury was among those who led tributes after his death.

England Boxing put out a touching tribute, describing Frank as promising boxer who was a "larger than life character".

"I've never met anyone that could lose a hotel key 27 times in the first two days of the trip, or anyone with the pre-bout ritual he had.

"No boy should lose their life at 16. This is a sad day for the boxing community and my thoughts are with big Frank and the family."

A truly larger than life character. He was a fantastically talented, but no matter how strong you are sometimes you cannot beat nature.

"Only yesterday he was in the gym looking a million dollars and there was no doubt in my mind that he was going to smash the Euro selections. He was the life of the gym and lit up the room.

"There was no doubt in my mind he was going to do great things and in such a small amount of time he made such a big impact and will be greatly missed."

England Boxing Chief Executive Officer, Gethin Jenkins, said: "England Boxing has been devastated to hear the news of Frank's death, with our coaches, in particular, having got to know him very well during his boxing development.

"He was a very talented boxer, multiple National Champion and a member of our England set-up and Talent Pathway, proudly representing his country in the 2019 Euros. Although young, he had clearly demonstrated much promise.

"He was also a very popular character with his fellow boxers and those who coached him, bringing a sense of fun to everything he did. He will leave a huge gap in people's lives."

Rhoose Boxing club, where the lad would train with his dad each summer, said Frank was a 'very speedy and skilled boy'.

They said: "Frank is the guy that all the girls were chasing after and we're never able to get their hand on him as he was very speedy and skilled boy.

"Frank was a pleasure to have in the gym, if you every crossed paths with him you'd never forget the Cheeky smile on his face and he'd say "Alri lads" in a strong Blackpool accent.

"It will very much be a different atmosphere without Frank with us and on behalf of the Welsh Boxing Association and Rhoose ABC we send our condolences to his Family and friends."

The day after Frank's death, more than 200 people descended on the banks of the river to pay tribute to him.

Among those on the riverbank close to the spot where he died with a barrage of blue balloons, flowers and gentle music to mark his passing was his boxing coach Brian Moody.

Brian, 45, from the Sharpstyle Boxing Club in Blackpool, paid tribute to the talented youngster.

"Frank was the life and soul and he lit up every room he walked into," he said.

"A truly larger than life character. He was a fantastically talented, but no matter how strong you are sometimes you cannot beat nature. It’s a tragedy and so sad."

At least 40 drowning deaths have been reported in recent months as people flocked to beauty spots to enjoy the weather, prompting warnings from authorities of the dangers of open water swimming. 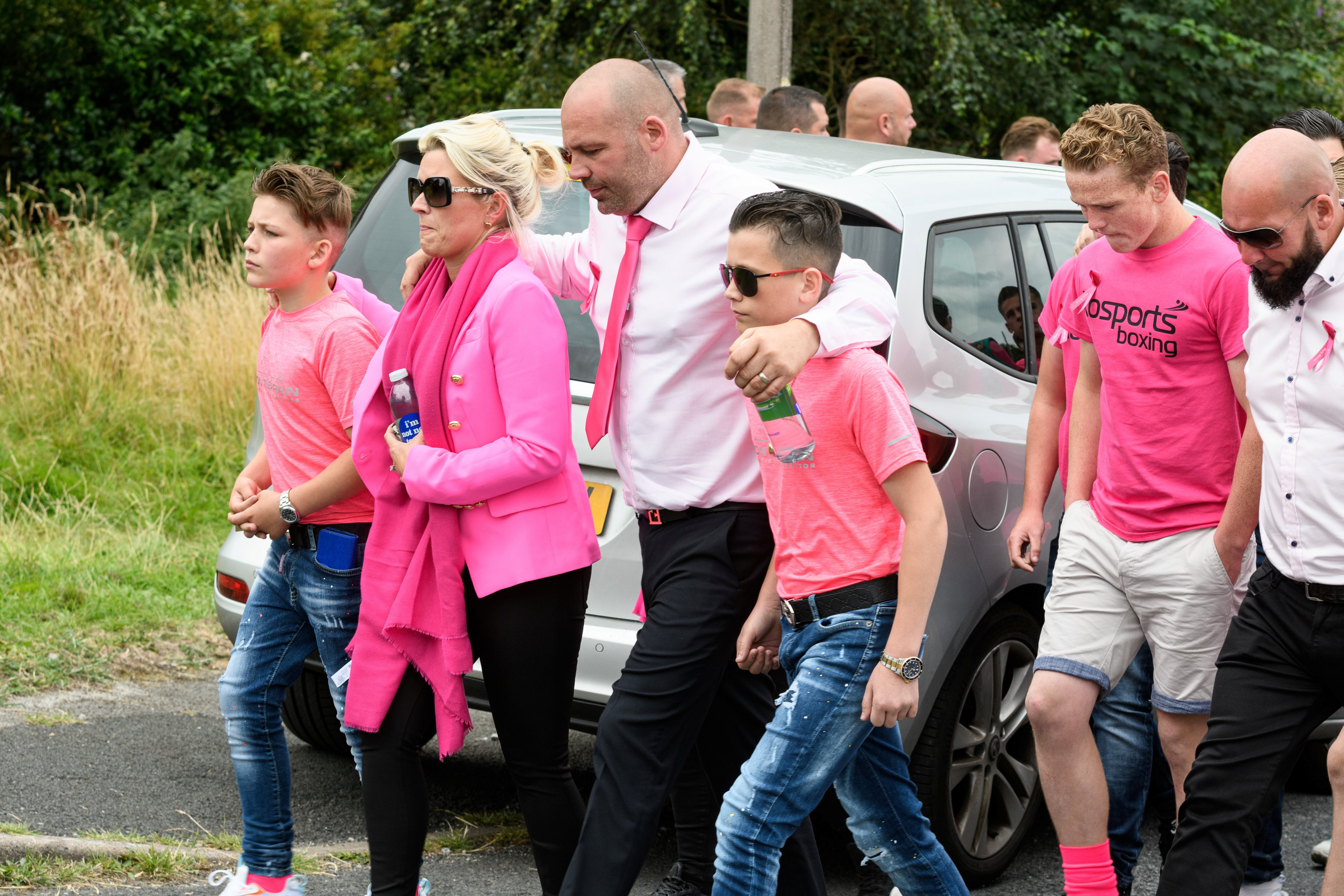 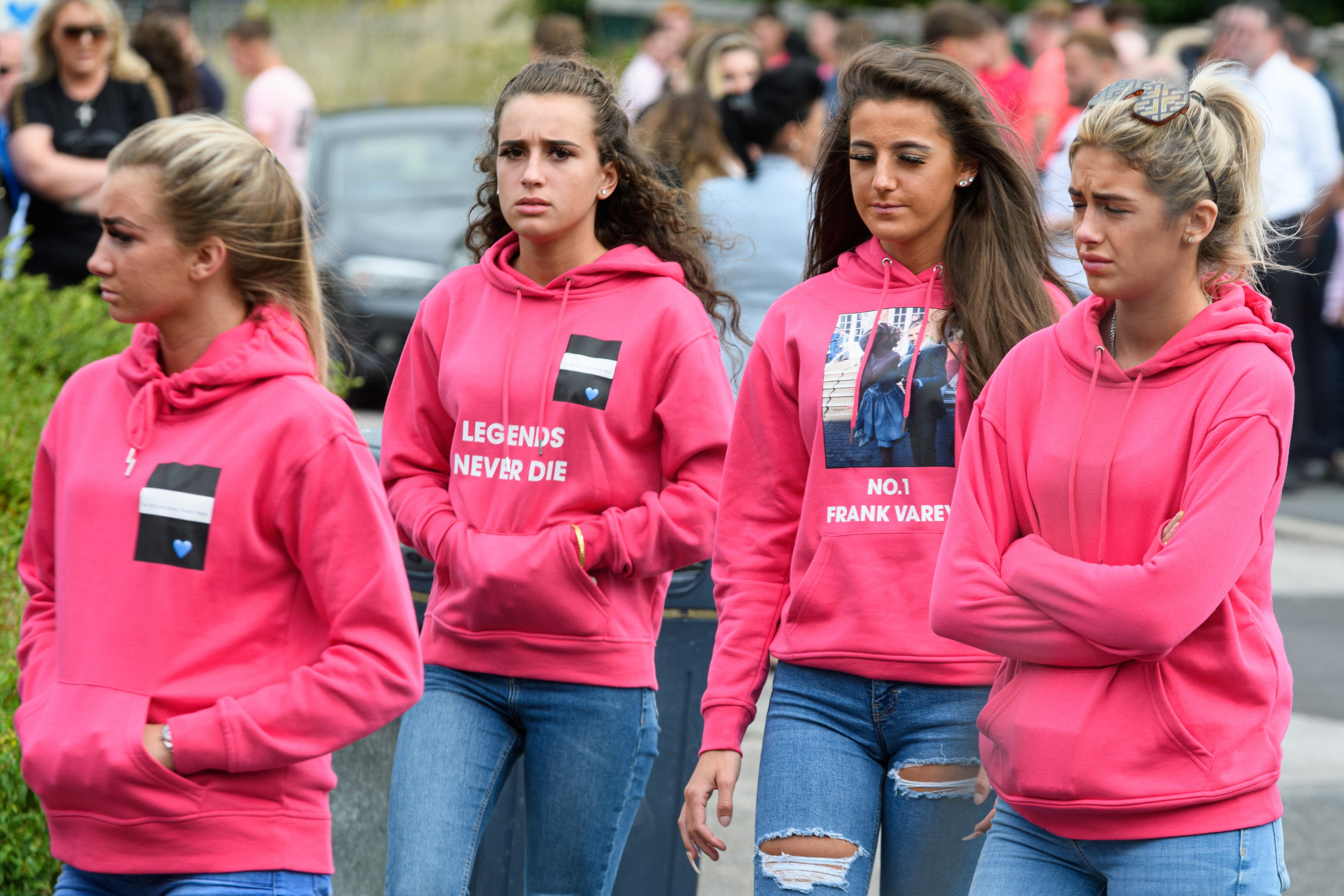 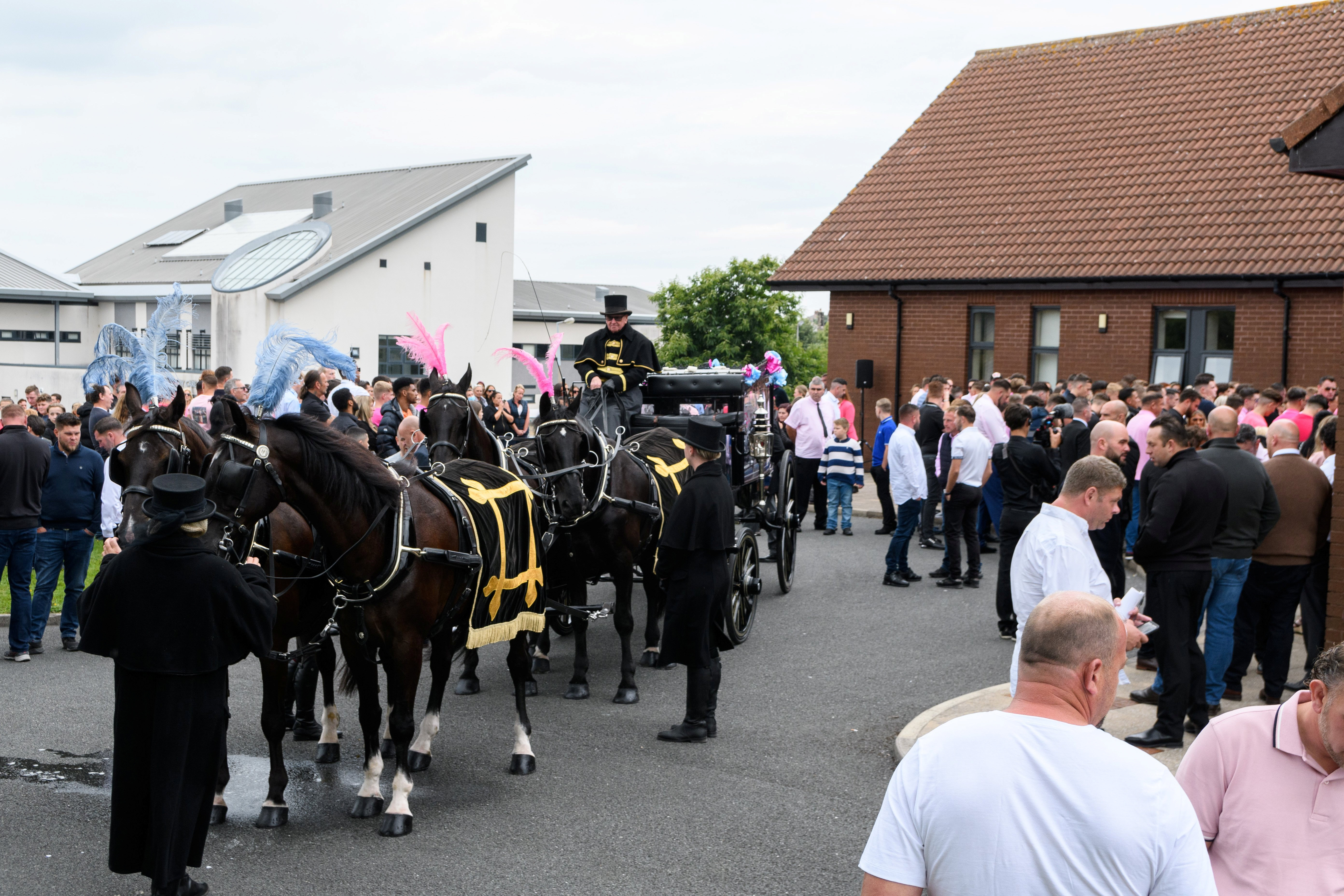