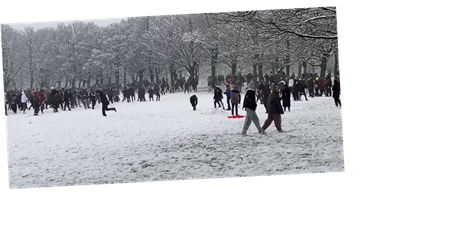 THIS is the moment a huge snowball fight erupts in Leeds as dozens are seen flouting coronavirus lockdown rules.

The shocking footage appears to have been filmed today as a massive crowd of people flocked to Hyde Park in Leeds. 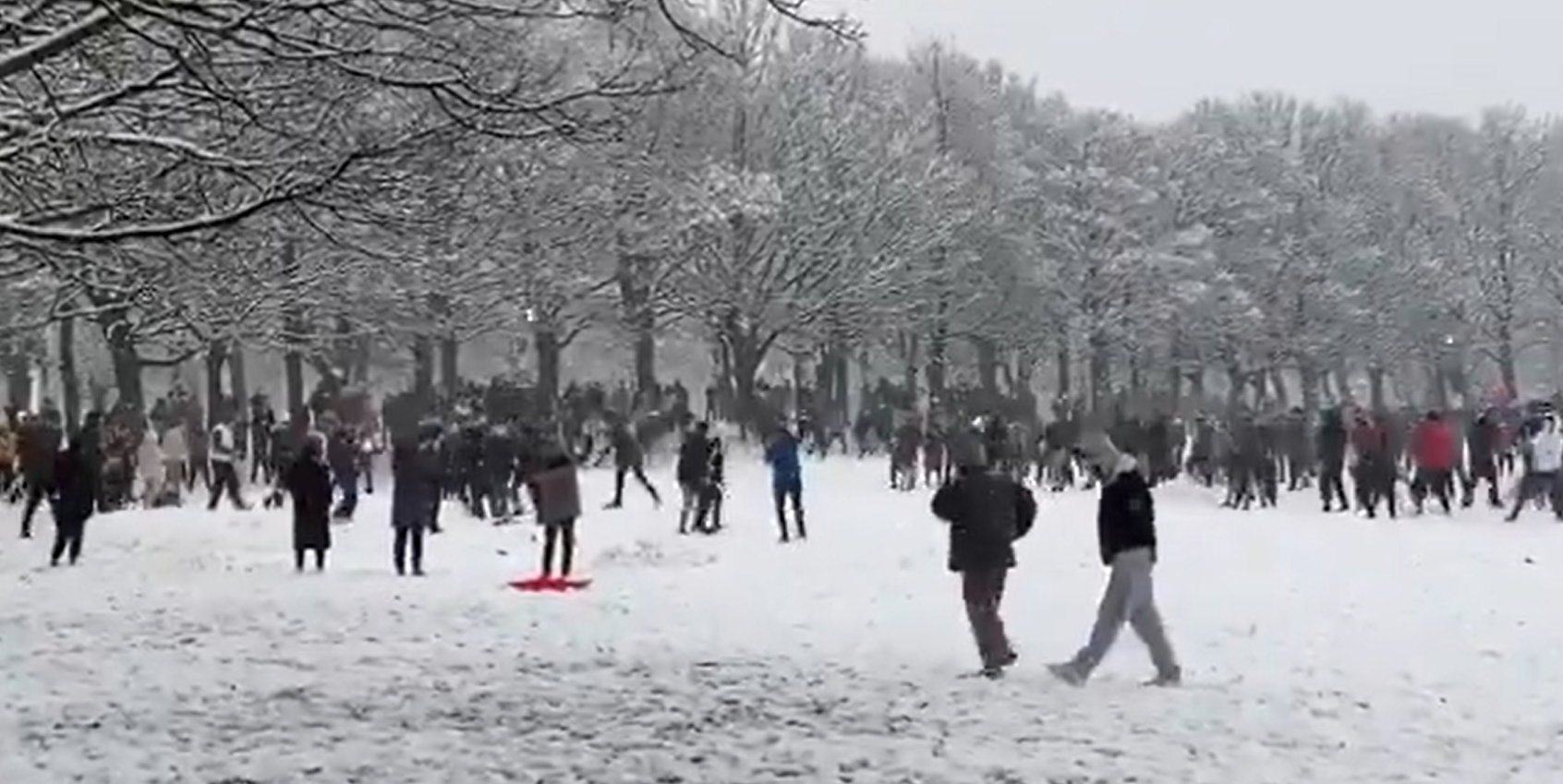 Dozens of people can be seen throwing snowballs at each other as snow blankets the park.

Most don't appear to be following social distancing rules.

Current rules state you can leave your home to exercise by yourself, with your household/bubble or on your own with one other person.

This should be limited to once per day, and you should not travel outside your local area.

Individual police forces have warned about issuing fines for throwing snowballs during lockdown.

Neighbourhood cops for the Broseley and Much Wenlock areas said going to play in the snow was not a valid reason to be outdoors and could result in a hefty fine.

They wrote on Twitter: "There have been two reports of snowballs being thrown last night between 11 and 11.30pm.

"This is obviously not a justifiable reason to be out of your house, this behaviour is likely to result in a £200 Fixed Penalty Notice for breaking the lockdown rules."

They later added: "The snowballs reported being thrown in Broseley last night between 11 & 11:30pm were being thrown at the addresses of vulnerable elderly residents. This behaviour is not acceptable at any time."

A West Yorkshire Police spokesperson said: "We are aware of this matter. All persons dispersed."