BORIS Johnson got a huge Brexit boost from Angela Merkel tonight as she suggested it was possible to get a new Irish border solution in 30 days.

The PM's first overseas trip got off to a flying start as the German Chancellor gave him a lifetime to come up with fresh ideas to replace the hated backstop. 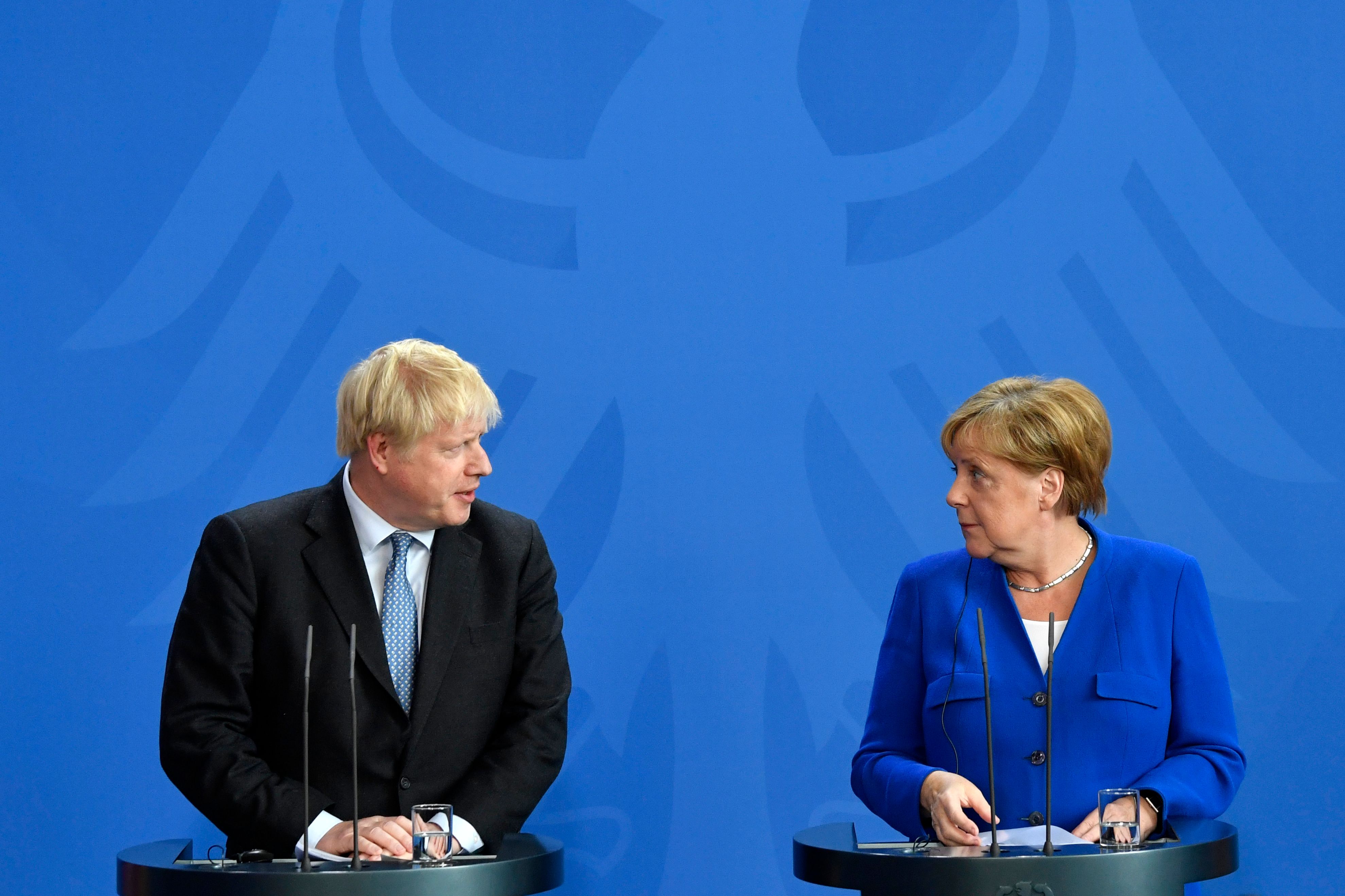 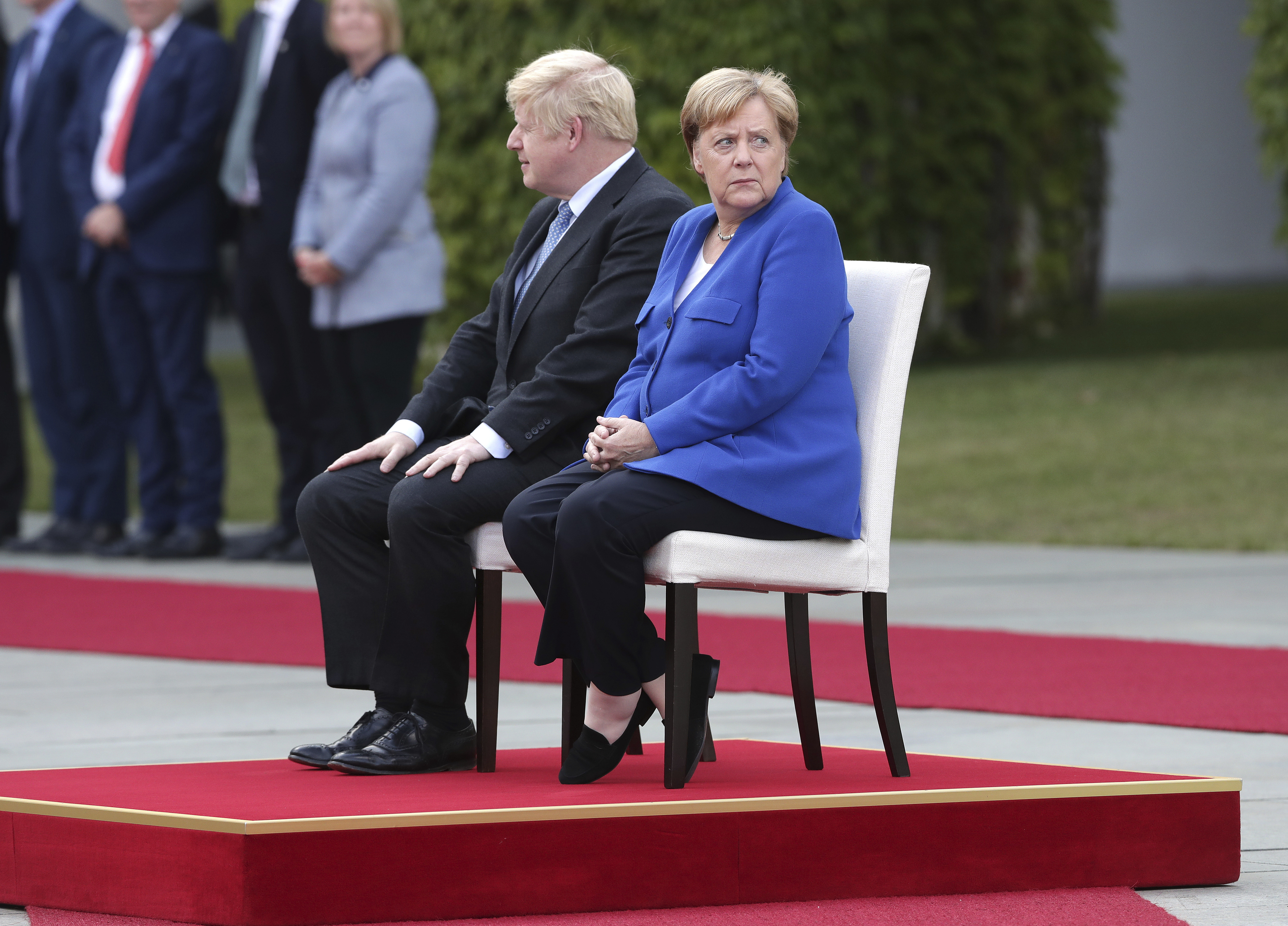 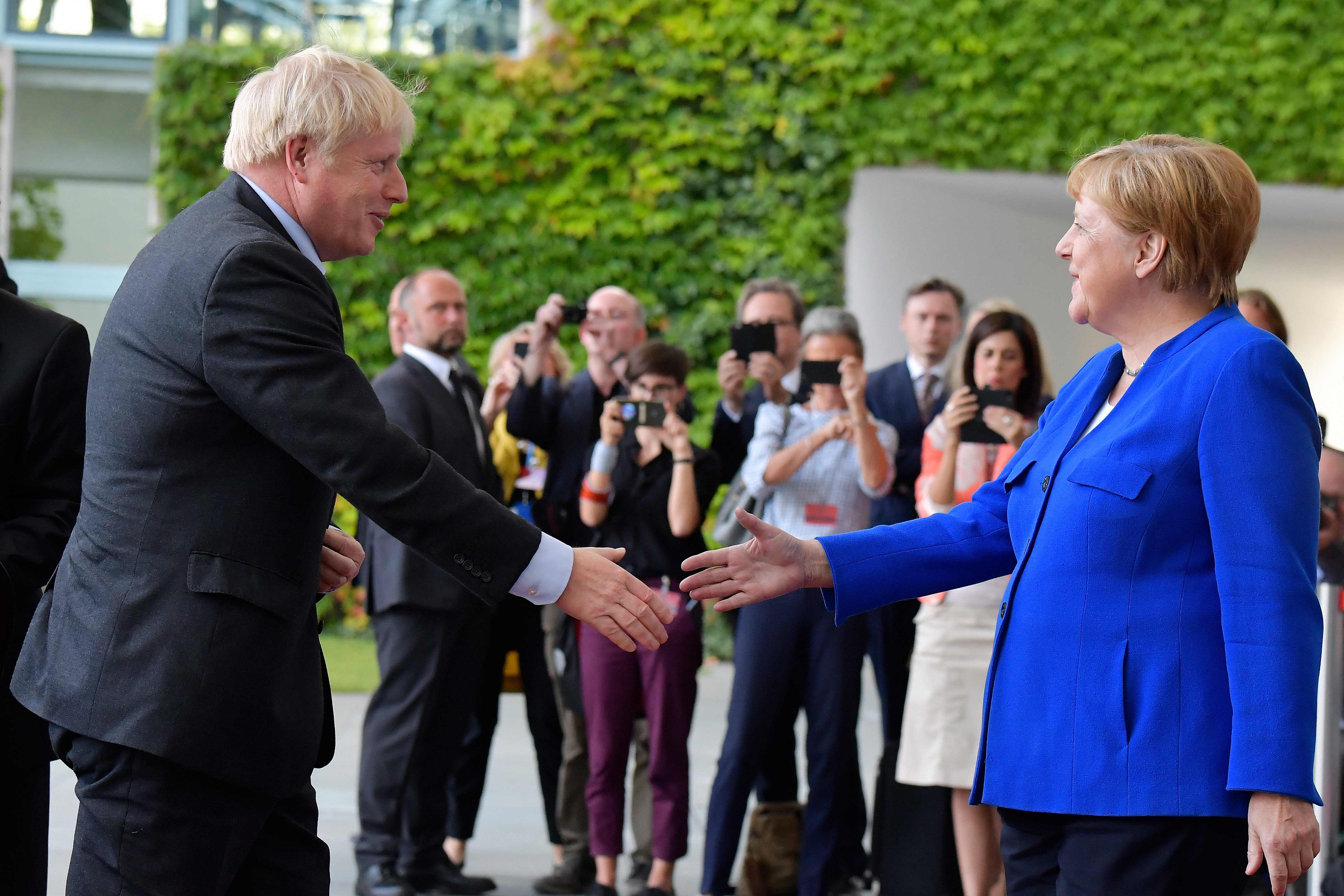 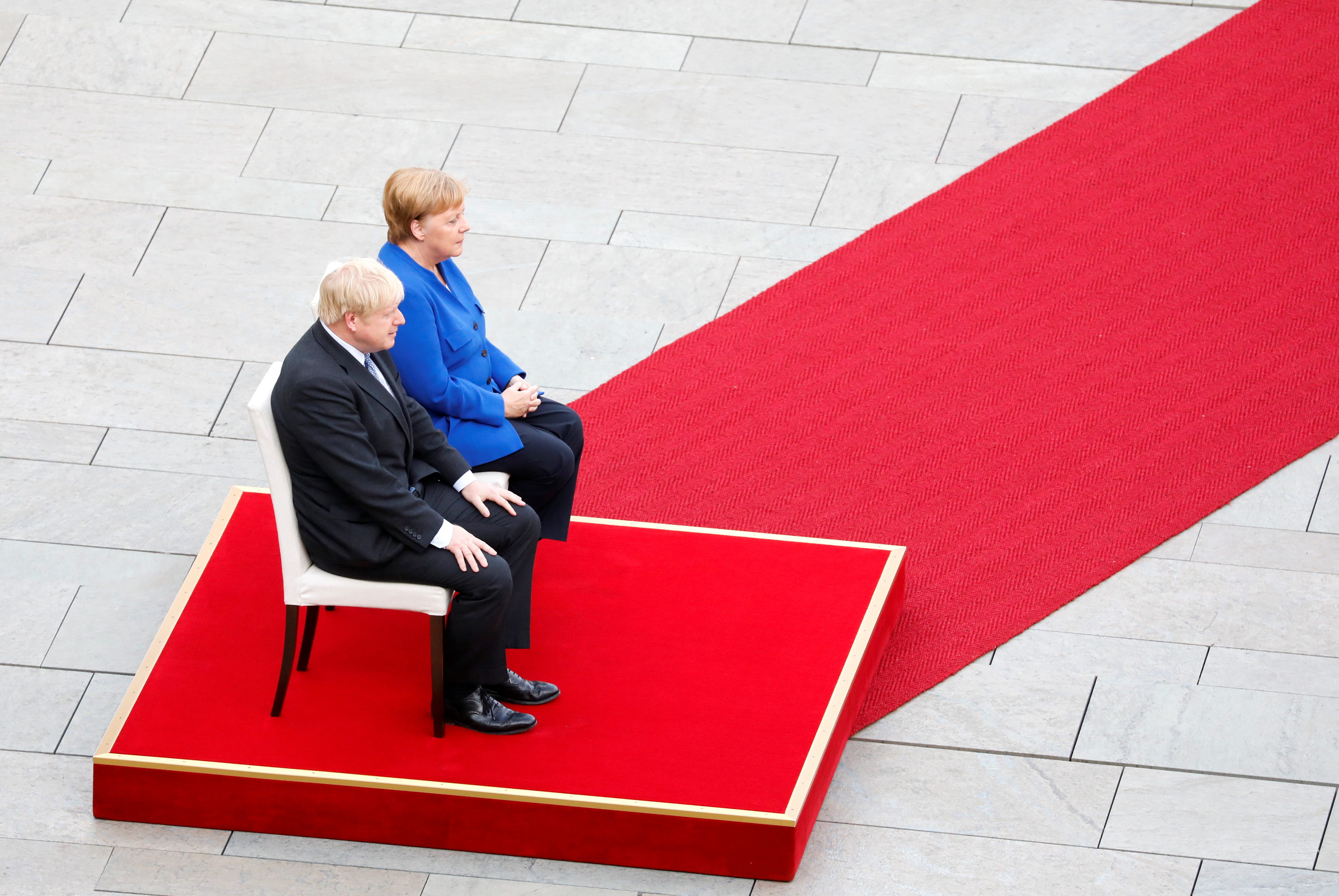 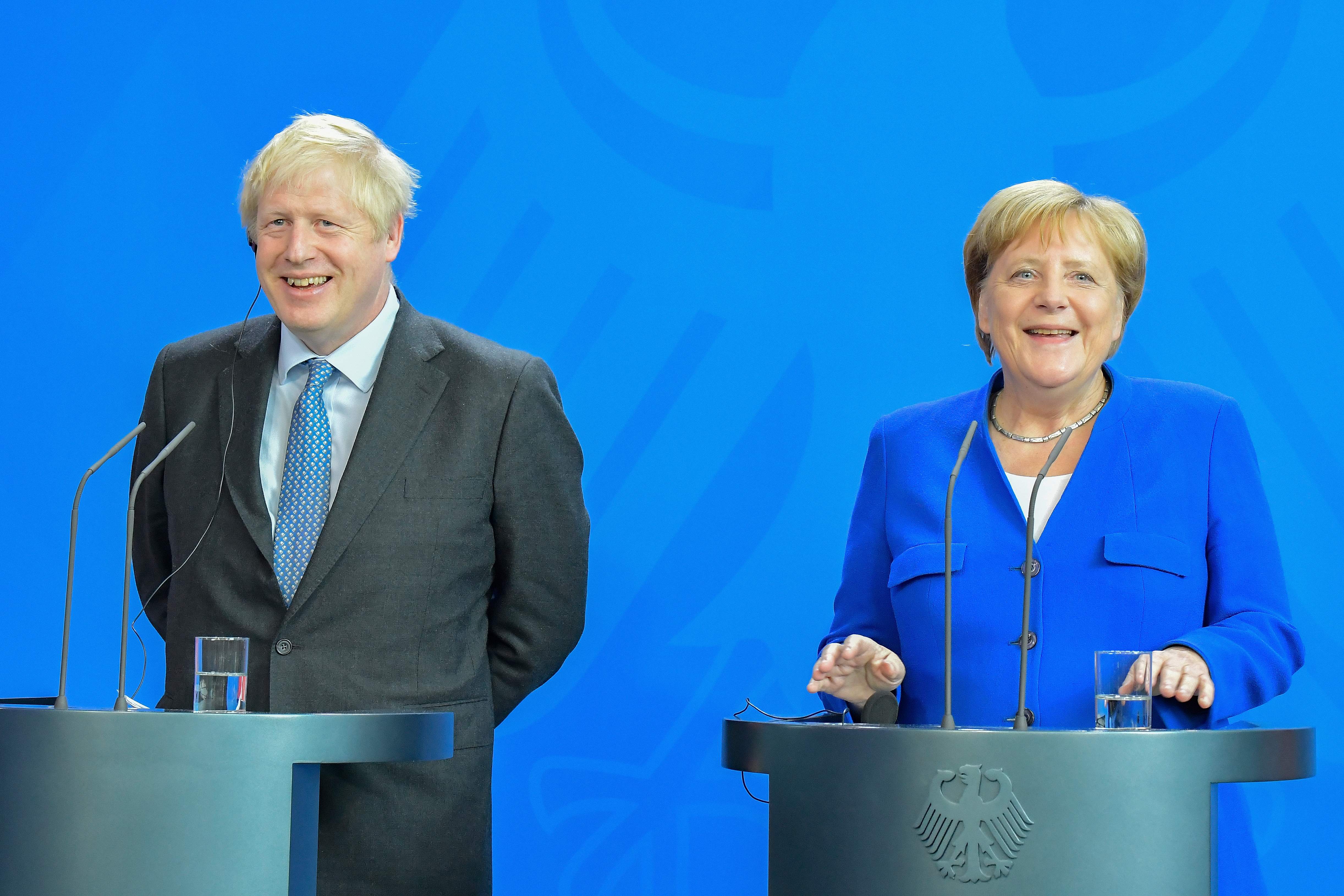 Mrs Merkel is rolling the red carpet out for Boris Johnson tonight as the new PM makes his first official foreign trip.

The PM has arrived in Germany this evening and will hold crunch talks with the German Chancellor on Brexit.

The meeting is Boris's first major test and event since he came into No10 last month.

The pair shook hands as they arrived in sunny Berlin this evening.

He walked up the red carpet and was greeted by the German Chancellor.

The pair then sat down and as the British and German national anthems were played.

Usually they traditionally stand but Mrs Merkel has recently been seen shaking when standing beside other world leaders.

A press conference between the pair is expected shortly before the pair have a working dinner tonight.

Cabinet minister Michael Gove said he would "see if there is movement" from the EU's side on whether they can throw out the hated backstop and cut a deal.

Boris said yesterday there's no chance of us getting a Brexit deal passed through the Commons unless that happens.

Yesterday Mrs Merkel said that a "practical solution" could be found – but she wouldn't be re-opening the deal.

Last night Boris vowed to tackle the negotiations with a lot of "oomph" and insisted he would be able to persuade the bloc to ditch it.

"We can't have this backstop. I am going to make the point that the backstop is going to come out."

He's expected to tell the Germany Chancellor that rebel MPs won't be able to stop a No Deal Brexit in Parliament when MPs come back next month.

Boris thinks that the EU are holding off on giving us anything until they wait and see if Remainers are successful in stopping us leaving without a deal.

But while Angela Merkel said last night that "practical solutions" can still be found, it's expected that she will rebuff his demands to ditch the backstop altogether.

Former UK ambassador to Germany, Thomas Matussek, said this morning that Boris was in for a "nasty surprise" if he was expecting a last-minute change of heart.

He told Radio 4: "She is absolutely not going to give way on [the backstop] because can't. That is a core of the EU, that is the four freedoms."

And he said that the bloc valued its own stability ahead of anything else – even if that meant damaging its own economy. 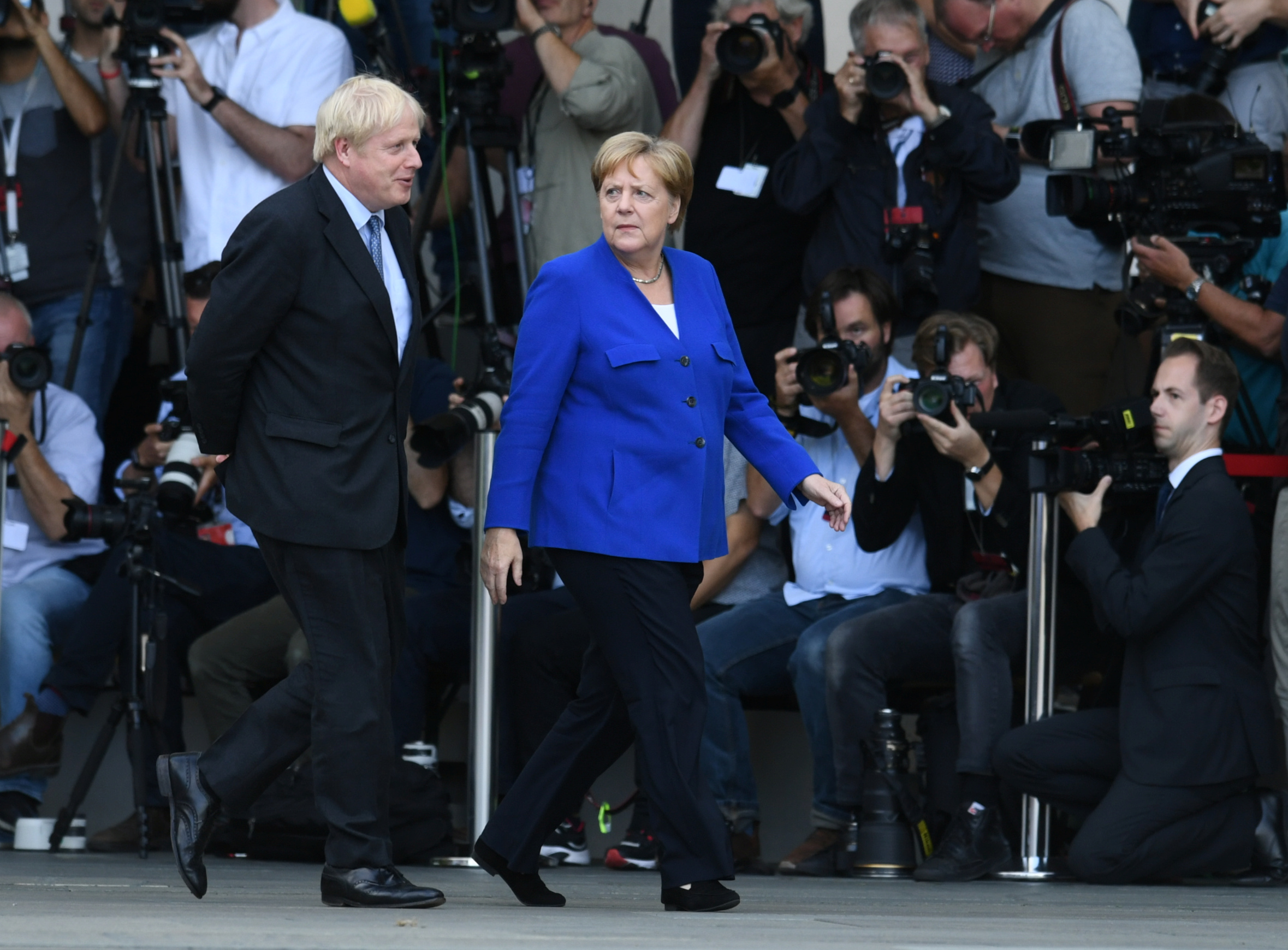 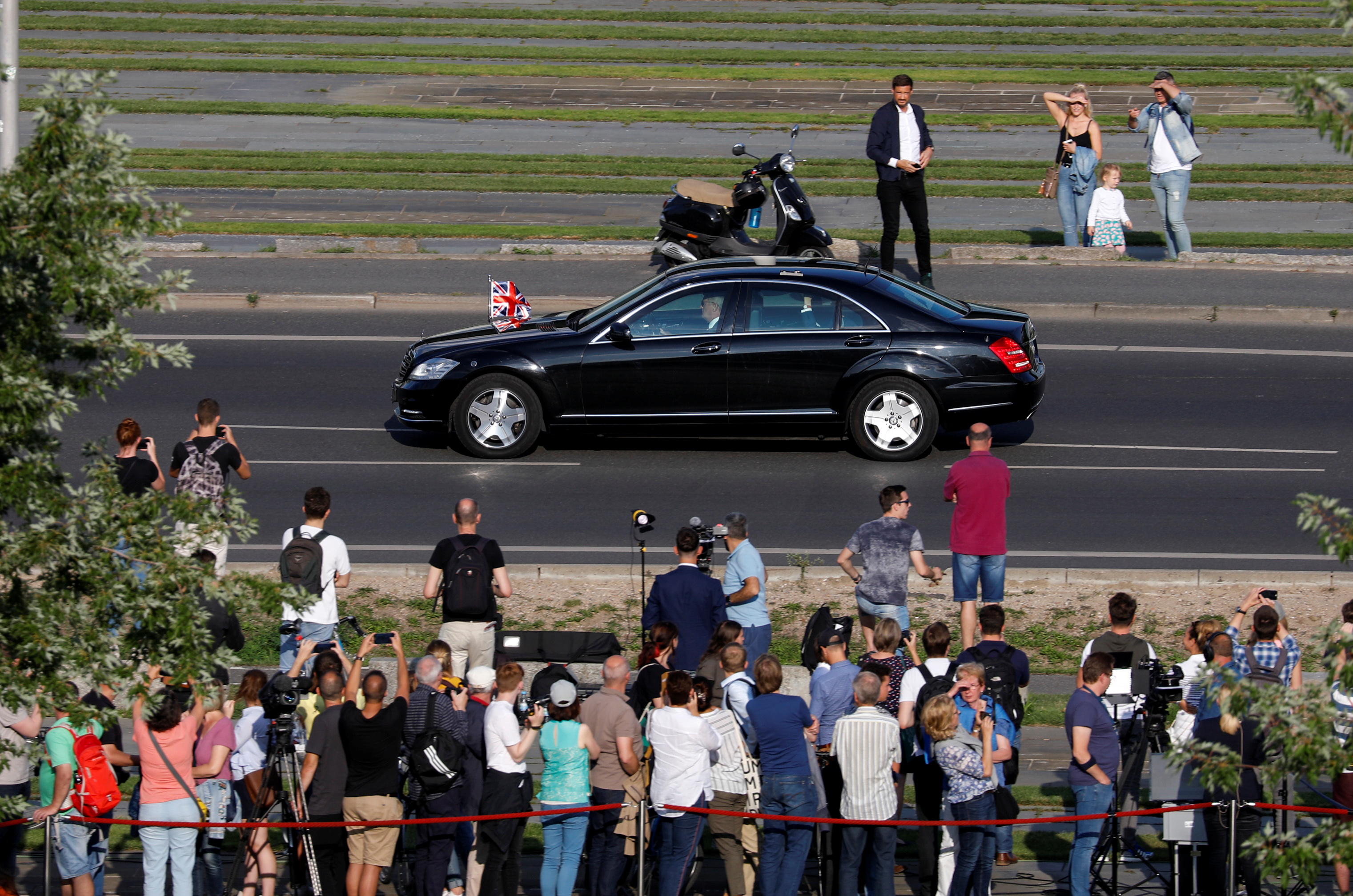 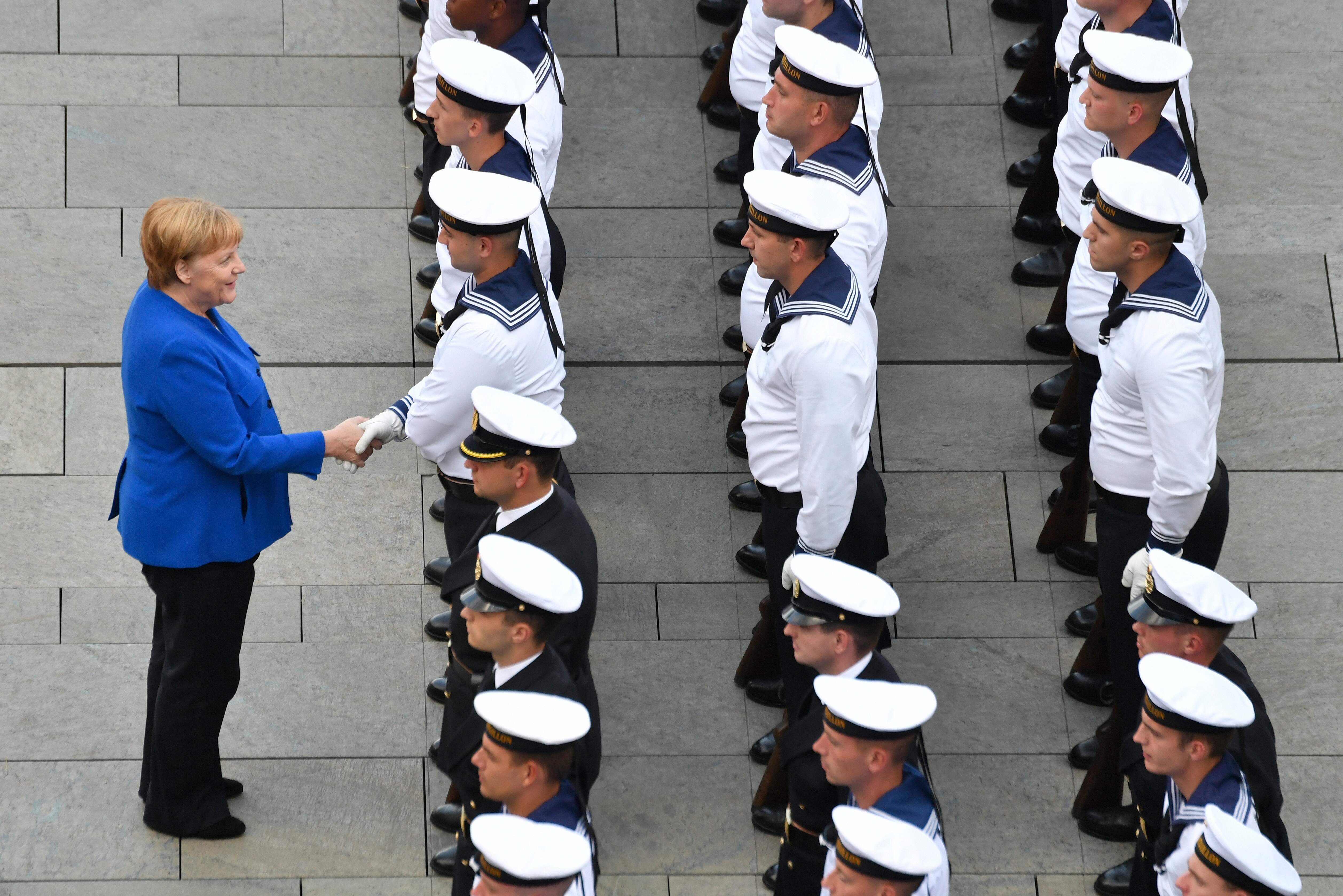 Meanwhile, the EU has insisted they are completely united ahead of the crunch showdown.

European Commission spokeswoman Natasha Bertaud said earlier: "The EU27 have had from the outset – and continue to have now – one single, united position on Brexit matters."

John Redwood MP said the EU's refusal to re-open the deal meant that they were "backing our exit without it".

He said: "The PM should talk to them about free trade talks once we leave.

"If they agree, that could mean no new tariffs and barrier after October 31 exit whilst we discuss an FTA." 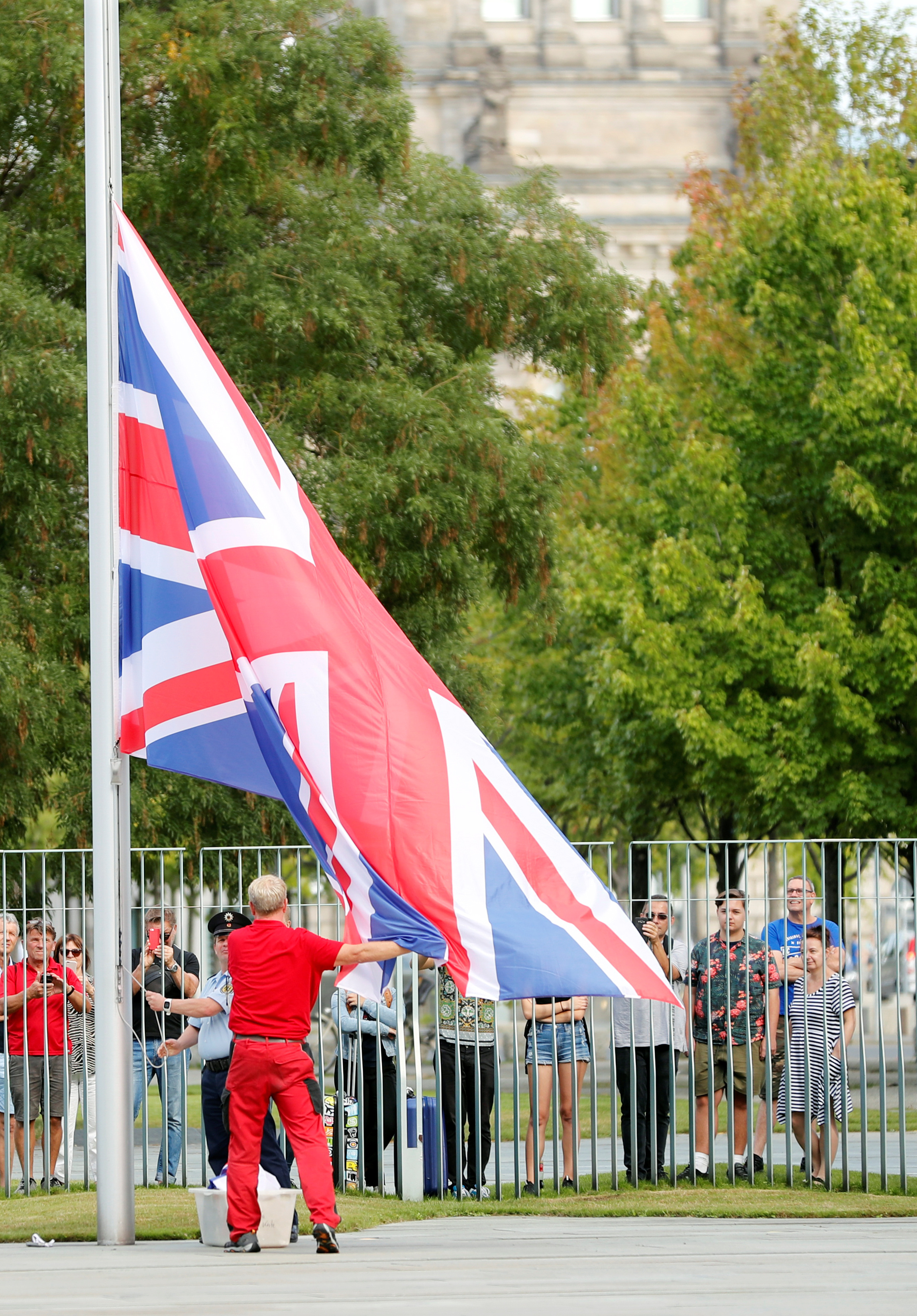 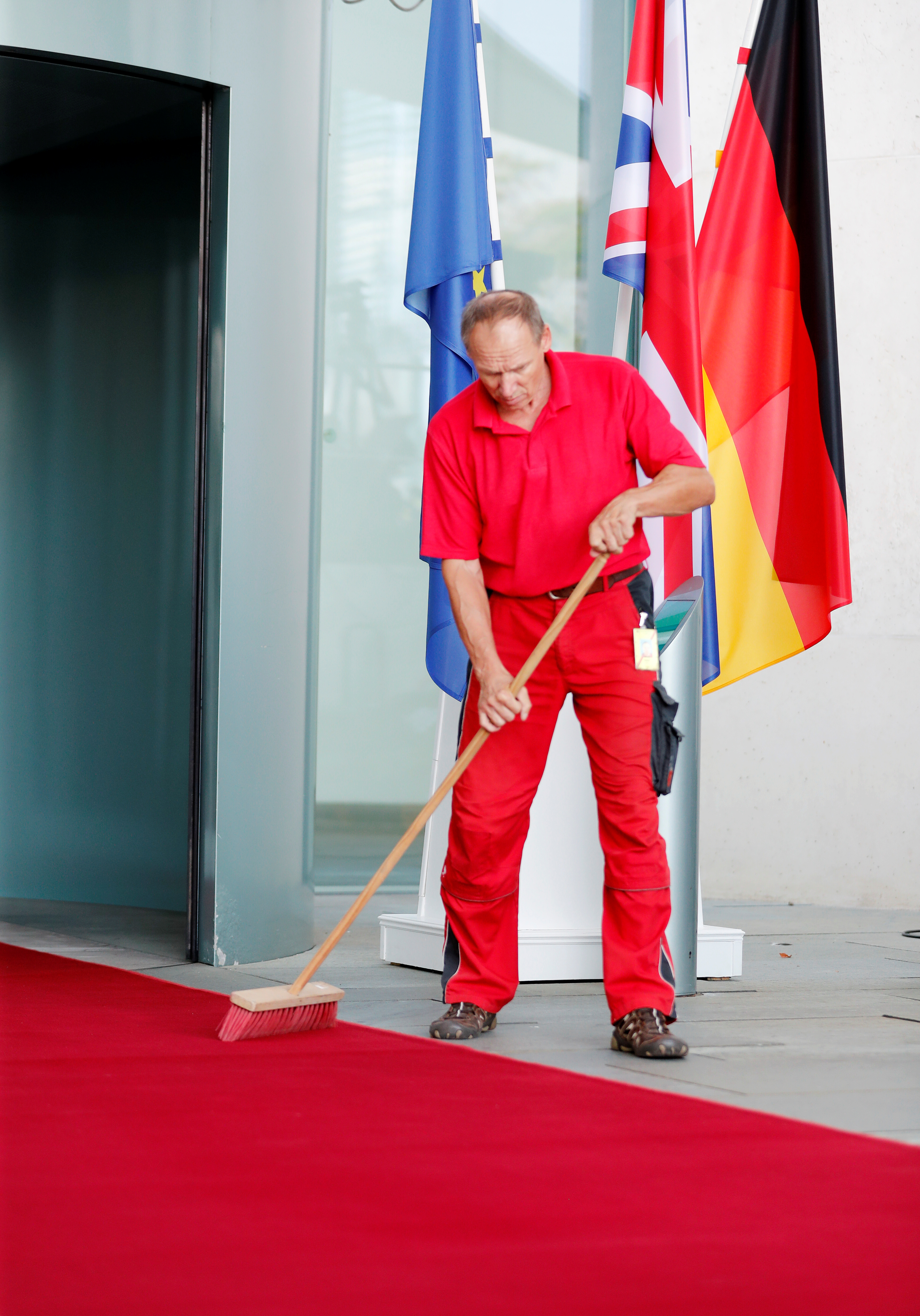 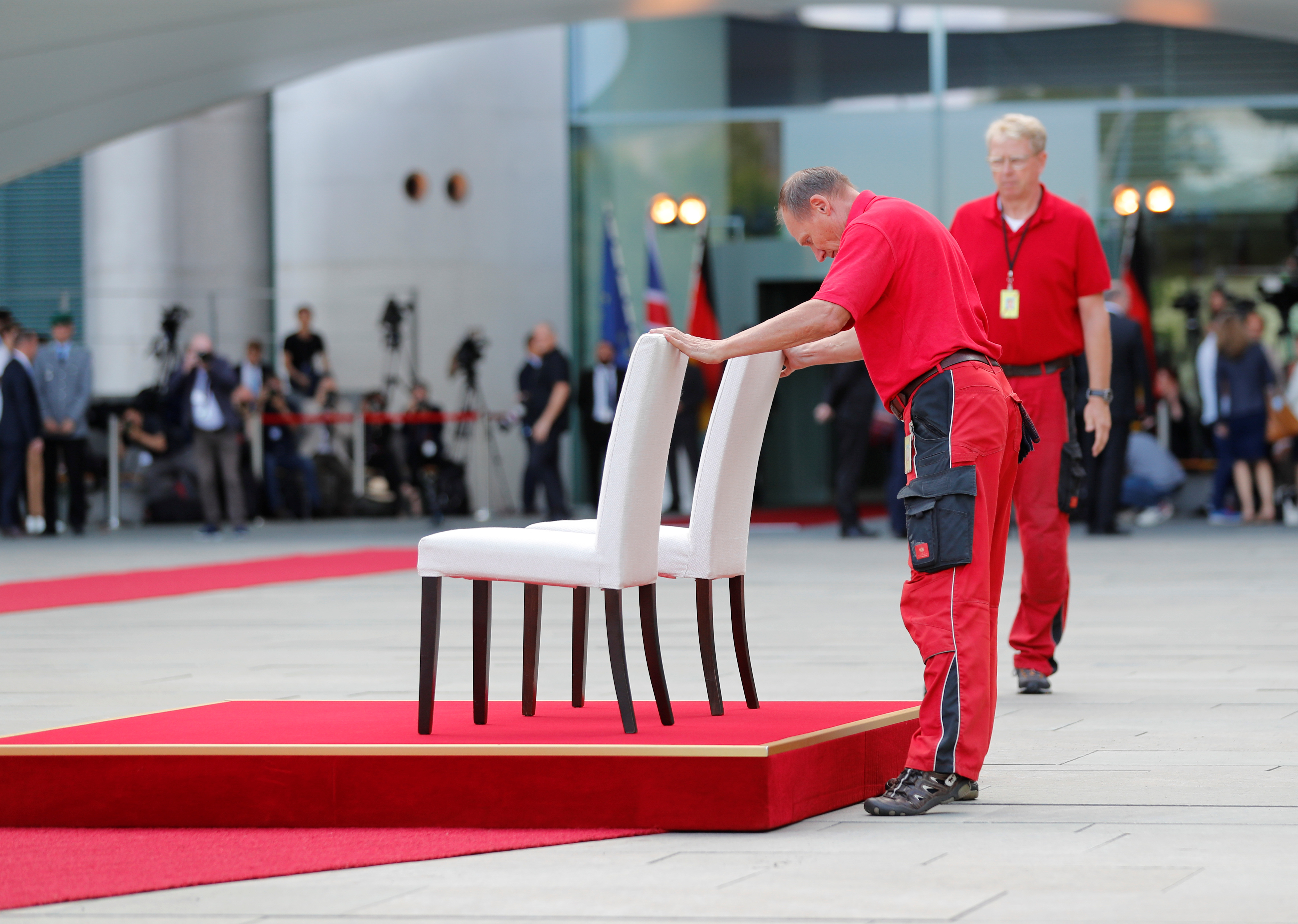