We will never forgive Oliver Letwin: Howl of rage from MP’s Leave-voting constituency after he torpedoed Brexit

Voters in his West Dorset seat voiced disbelief that their MP, who is standing down at the next General Election, had led the move to delay Brexit yet again.

Chris Loder, the new Tory candidate for the seat, led the criticism, saying people were ‘angrier than I have ever known them’.

Leave-voting Mr Loder also claimed residents were even asking if Sir Oliver – who now sits as an independent MP – had in fact ‘changed allegiances’ and was now backing the openly anti-Brexit Liberal Democrats. 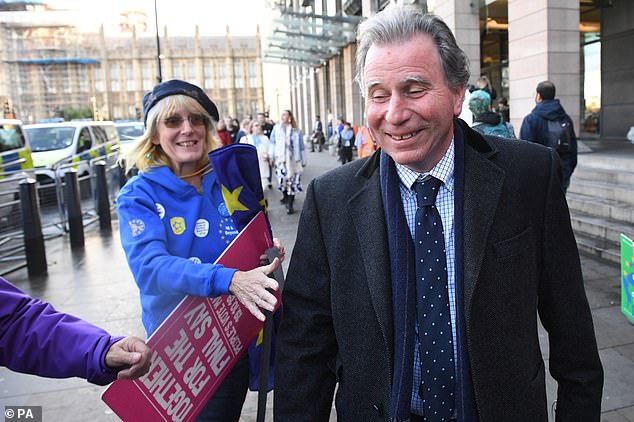 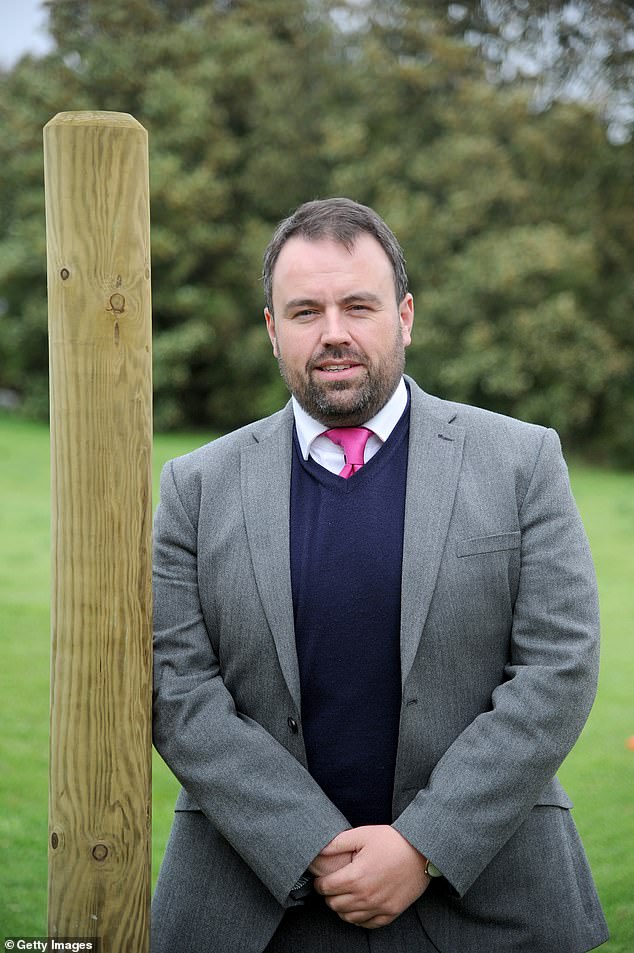 Chris Loder (pictured), the new Tory candidate for the seat, led the criticism, saying people were ‘angrier than I have ever known them’

‘His actions in Parliament are an outrage. More than that, they amount to an attempt to destroy his party and, indeed, democracy itself. I am disappointed that he is stepping down as an MP because I would love to see him beaten at the next Election. And beaten he would undoubtedly be.’

Mr Loder, who was born in Sherborne in the constituency, said locals now wanted the referendum result honoured and the Brexit deal delivered. He said: ‘I have been to all corners of this constituency since I was selected. There’s a desire to get it [Brexit] done and move on.’

In a motion backed by the Commons yesterday, Sir Oliver delayed any approval for Mr Johnson’s deal and effectively required the Prime Minister to comply with the so-called Benn Act and ask Brussels for a Brexit extension.

But Mr Loder, 38, previously chairman of the Tory constituency association, said Sir Oliver’s stance was infuriating local voters. He told The Mail on Sunday: ‘Here on the streets of Sherborne today, people are angrier than I have ever known them.’

He added: ‘People have great respect for Sir Oliver as a constituency MP, but it’s becoming very difficult to trust what he is saying.

‘Bear in mind we, as a Conservative Party, stood on a manifesto in 2017 to deliver Brexit. All of us have wanted to do it with a deal if we possibly can.’ 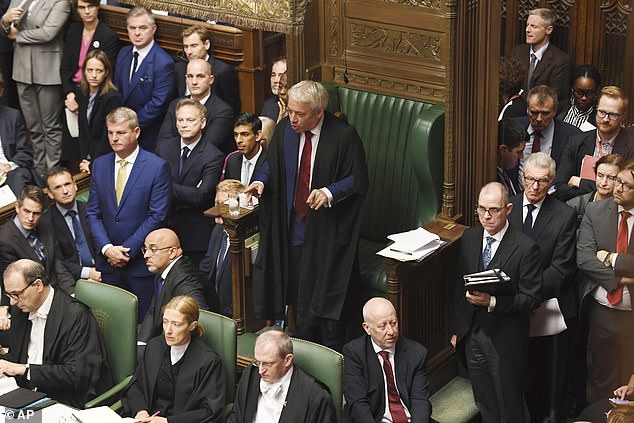 Farmer’s son Mr Loder pledged his support for Mr Johnson’s deal and signalled the constituency now wanted an MP who would actually represent their views. He said: ‘What people here are now looking for more than anything is to have a new MP here in West Dorset who respects the democratic will of this constituency.’

Sir Oliver, who had a majority of more than 19,000 at the last Election, also came under attack from his nearest neighbour in the constituency – beef farmer Mike Turner, who lives in the village of Synderford, near Thorncombe.

He added: ‘People are not happy about this. Politicians such as Letwin have got to respect democracy and allow this deal to be done. Because I live near him I get people telling me to have a word in his ear. Sometimes a bit more than a word.’

In Thorncombe’s community-run cafe and shop – where Sir Oliver is among the volunteers – staff were equally unsympathetic to their MP’s actions. Assistant Cheryl Glazier, 54, said: ‘He is a valued volunteer but my opinion is that the country needs to get on with leaving.’

Speaking before MPs controversially backed Sir Oliver’s delay motion, cafe customer Clive Lewis, 60, said: ‘If he succeeds in delaying Brexit, it will be a disaster.’ 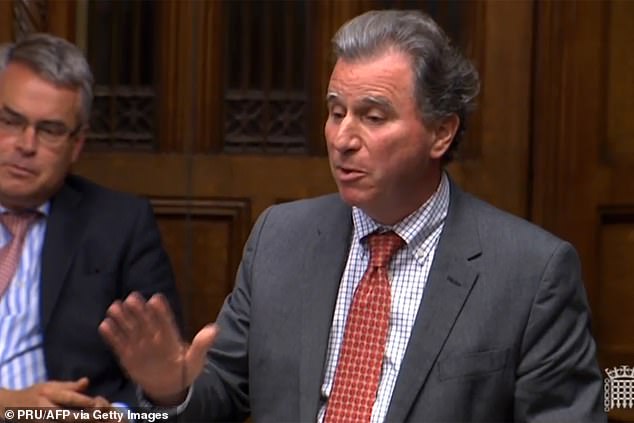 Speaking ahead of yesterday’s debate, Sir Oliver (pictured) insisted he was only proposing the delay as an ‘insurance policy’ to prevent the UK from crashing out on October 31 without a formal agreement. He insisted he would support the Prime Minister’s deal

Dorset Tory councillor Mary Penfold added: ‘People are becoming more and more impatient and we need to support the PM.’

Privately, party workers and councillors were even angrier. One said: ‘It is the last thing we need. It drags the country back yet again and gives our political opponents another weapon. What is he thinking? It’s unacceptable.’

However, in the MP’s village, there was some support for him – albeit from someone who admitted she was ‘not a natural Tory voter’. Margaret Fraser, 76, said: ‘Sir Oliver is doing this because he is cautious. Is that such a bad thing?’

The West Dorset MP was one of 21 Tory MPs who were stripped of the whip last month after voting to block a No Deal Brexit.

Speaking ahead of yesterday’s debate, Sir Oliver insisted he was only proposing the delay as an ‘insurance policy’ to prevent the UK from crashing out on October 31 without a formal agreement. He insisted he would support the Prime Minister’s deal.