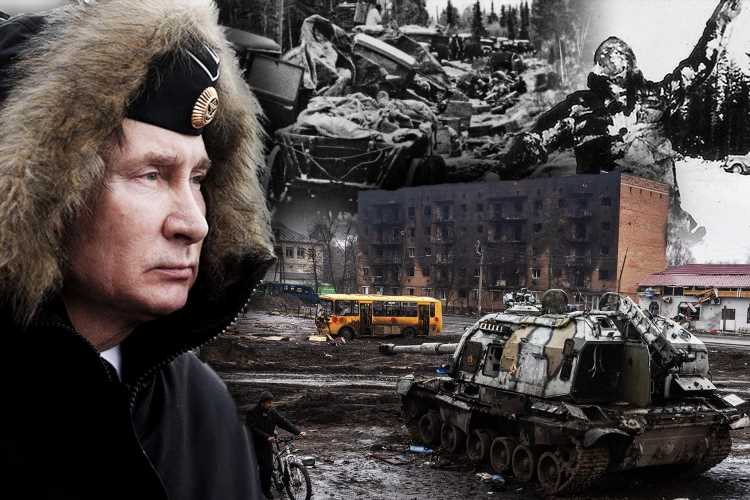 VLADIMIR Putin's army is on course for the grimmest stage of the Ukraine war so far as his under-equipped soldiers face the harsh reality of winter in the trenches.

His soldiers could face killer conditions akin to those suffered in the failed Soviet invasion of Finland in 1939 or the botched Nazi attack on Russia in 1941. 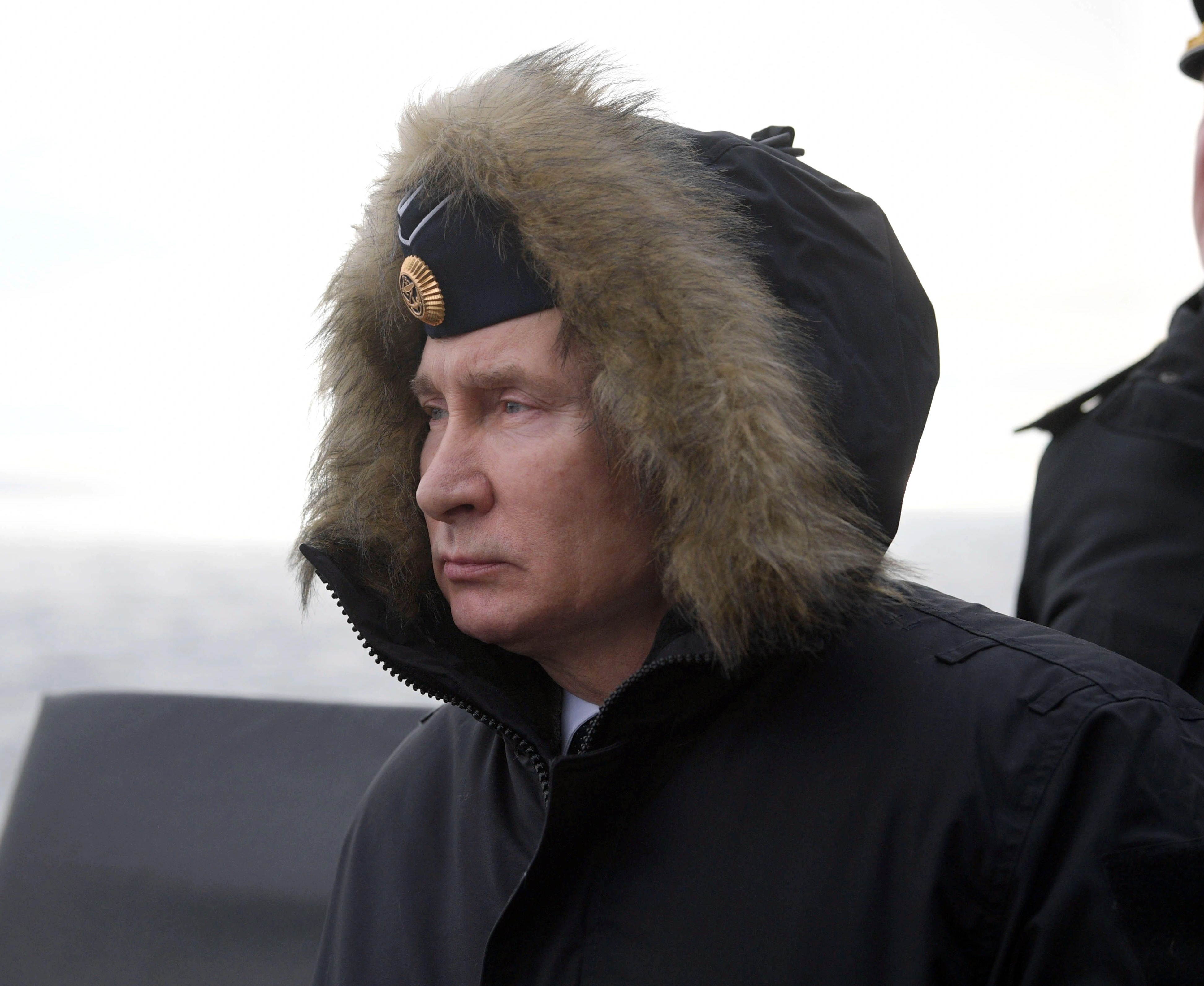 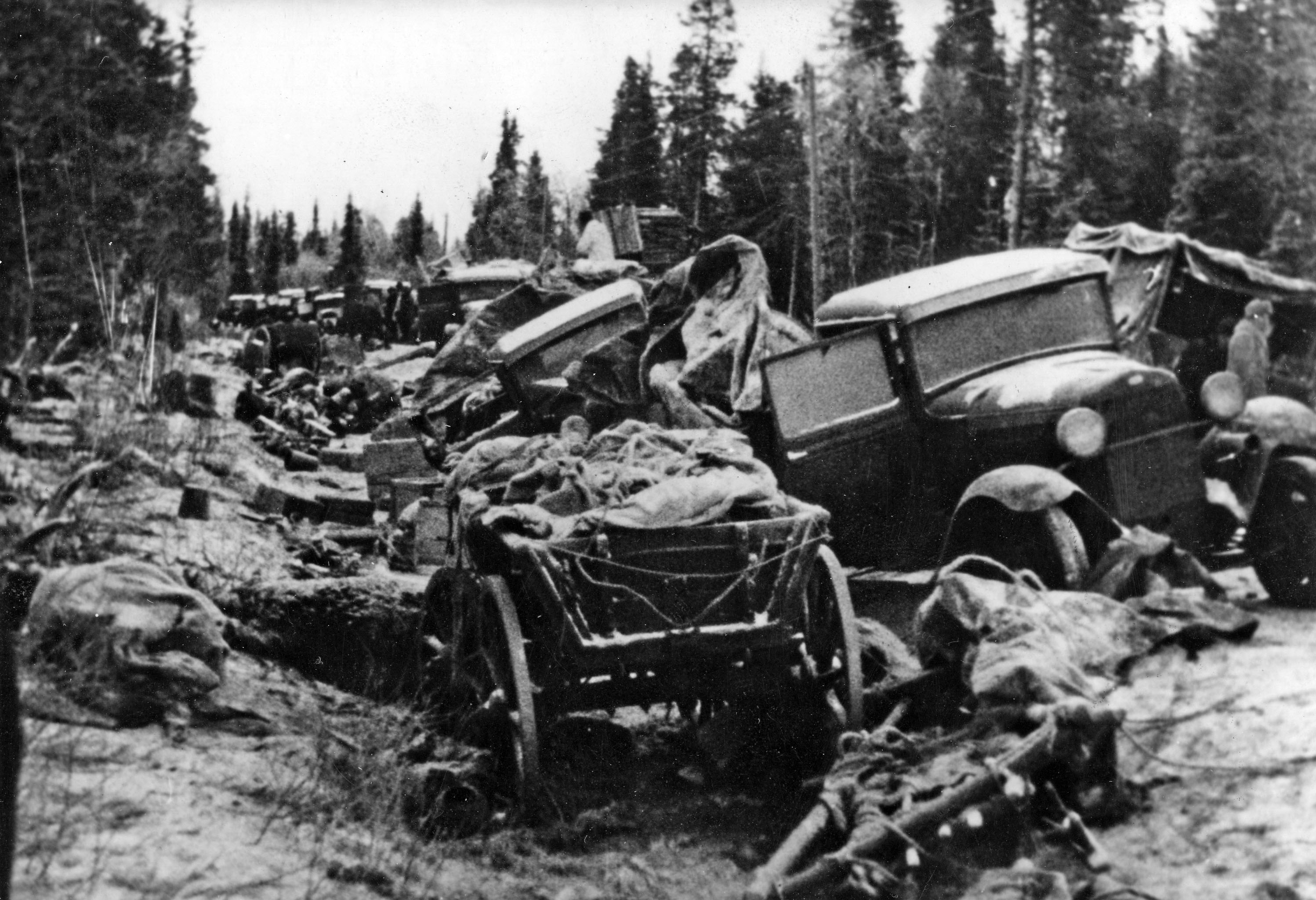 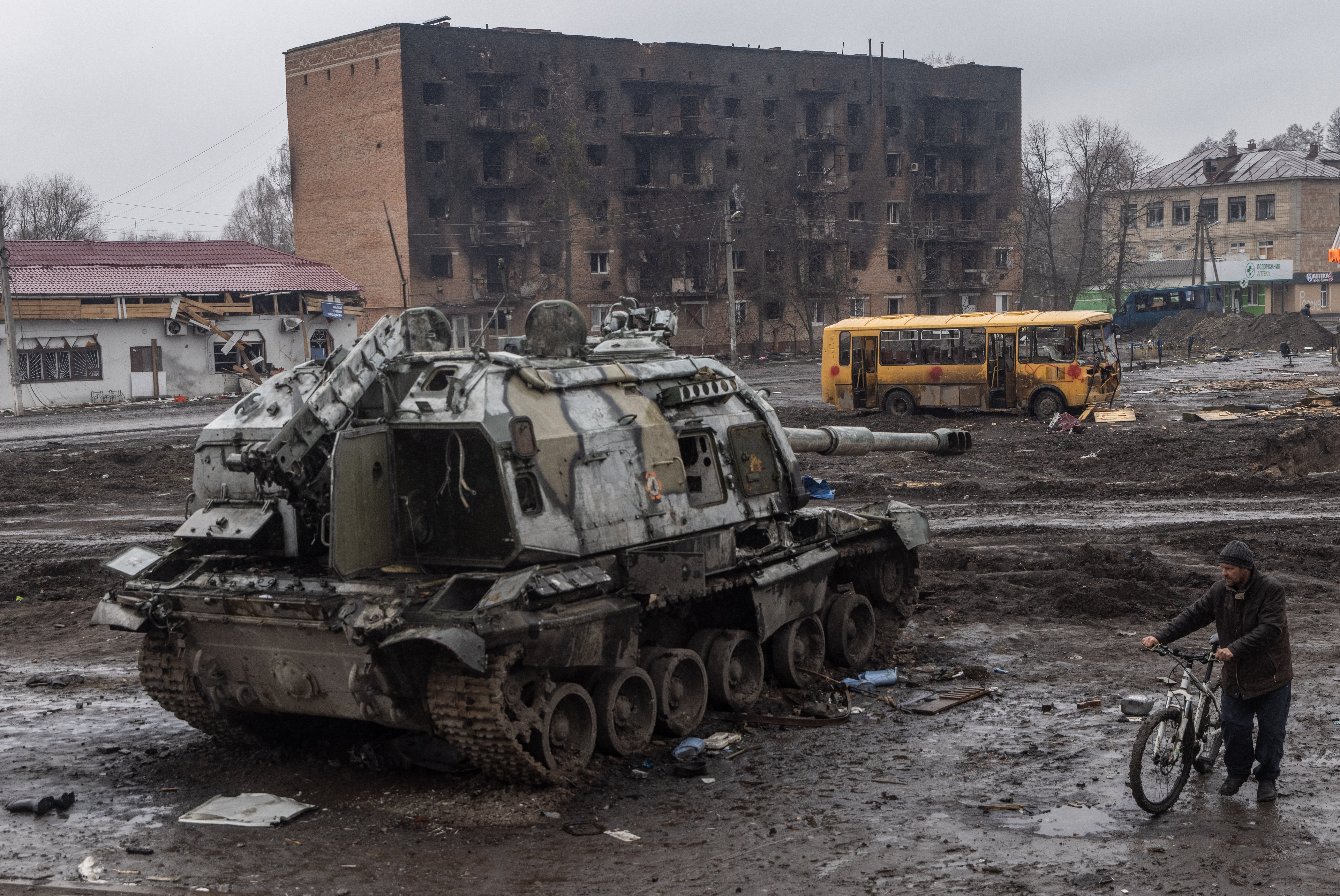 Both disastrous campaigns saw the snow turn red with blood as the bodies piled high, shivering men froze in their trenches, and tanks ground to a halt as their engines shut down.

Ukrainian winters can see temperatures hit as low as -31C and can see average conditions plunge as deep as -8C – with blizzards capable of dumping up to 20 inches of snow in one day.

And even if the winter is much milder than these worst case figures, it is still going to be brutally grim for the under-equipped, under-trained and under-provisioned Russians.

"When its cold not only do you move slower you think slower and the possibility of units breaking and running goes up," retired US Lieutenant General Ben Hodges told The Sun Online. 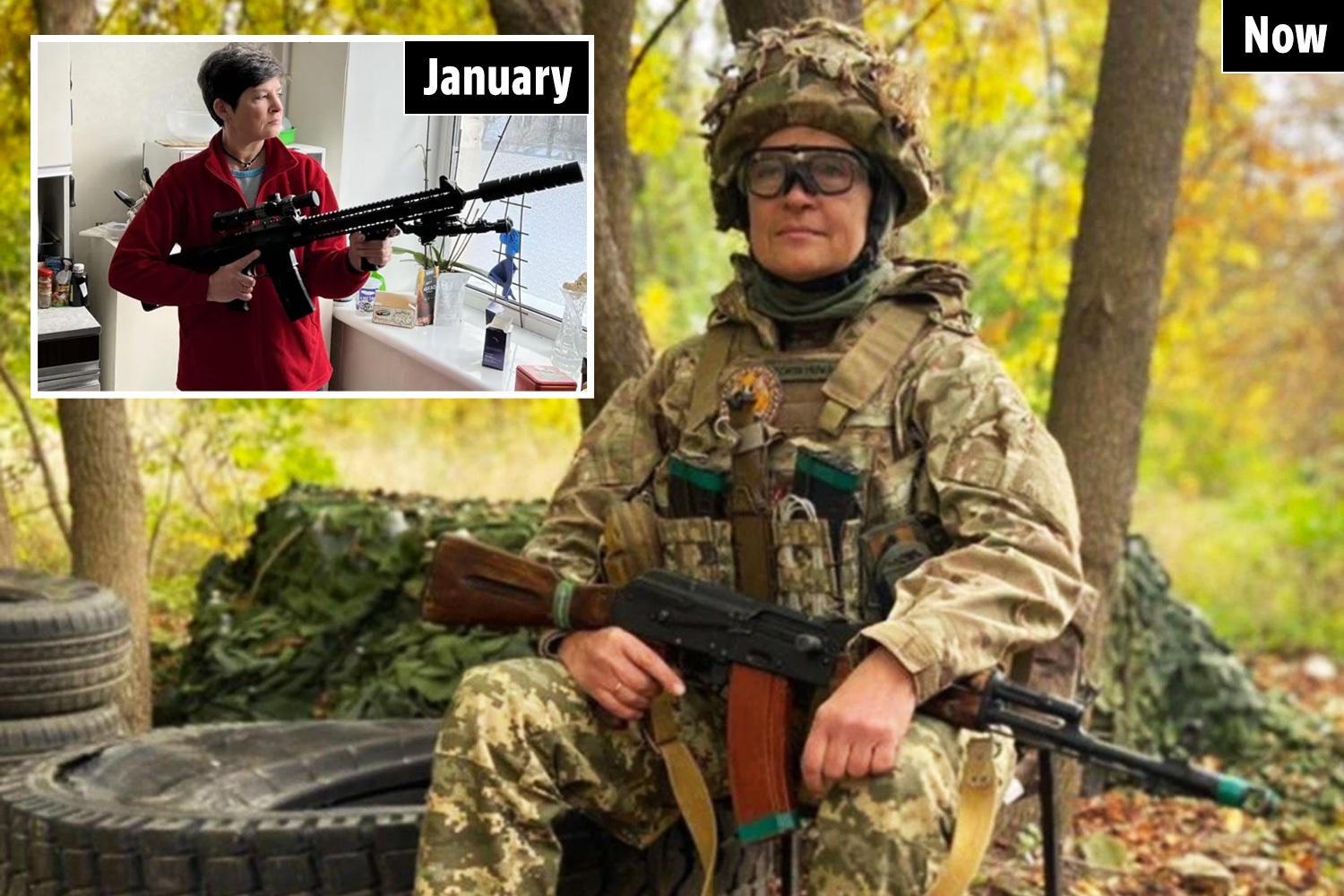 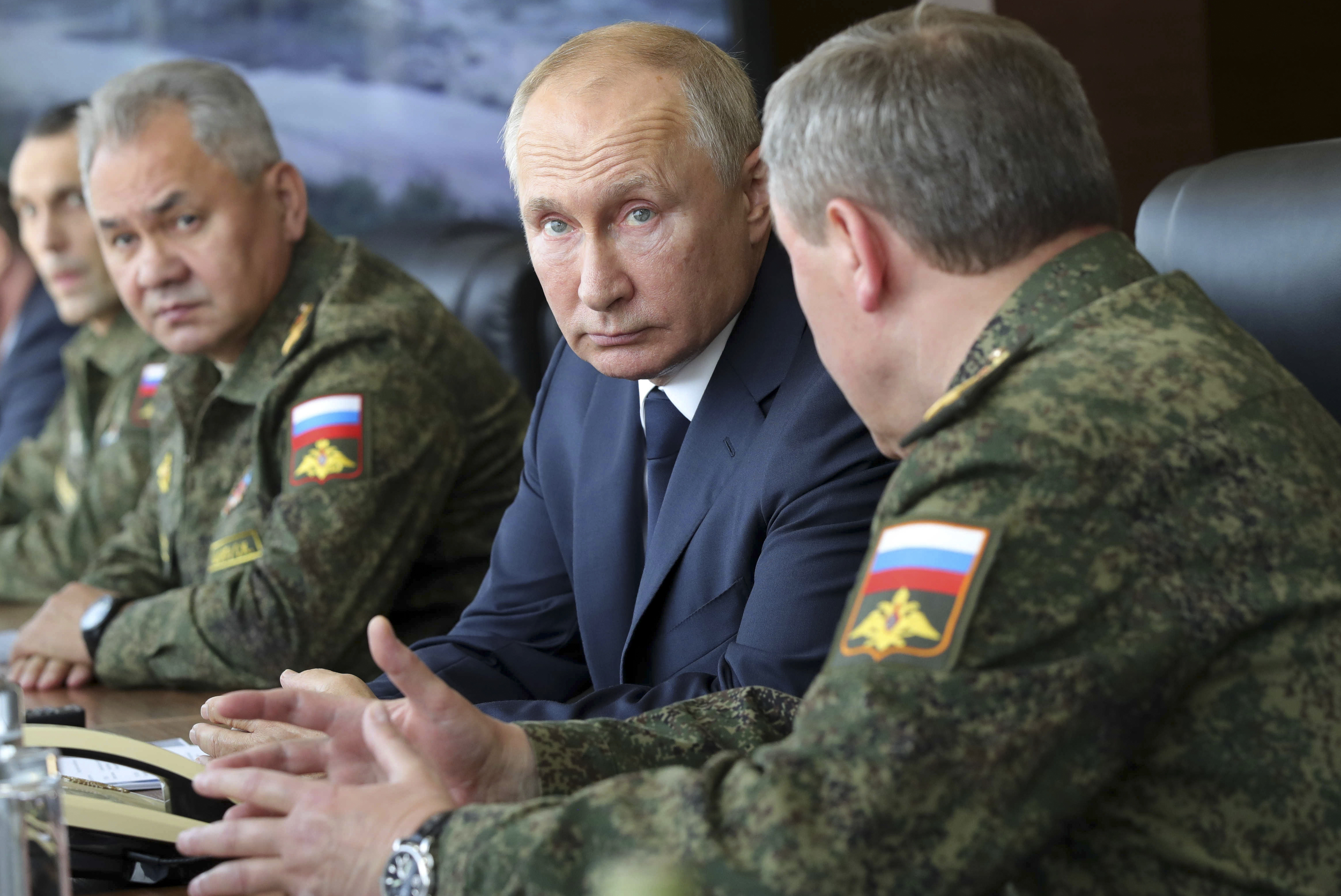 Putin WON’T be able to launch nukes – and I know why, says ex-US General

General Hodges – former commander of the US Army Europe – laid out in cold detail the depth of the challenges facing the Russians.

And while the Ukrainians will also have to endure the conditions, they appear better equipped and certainly more motivated that Putin's troops – many of who will have come from the recent mobilisation.

Forced to fight and without the winter clothing they need to defend themselves from the elements, General Hodges explained this could be the bleakest part of the war so far for Putin.

But he says the Russians "know that" – and they just want to try to trade "bodies for time" in a bid for their war to outlast Western resolve to continue supporting the Ukrainians. 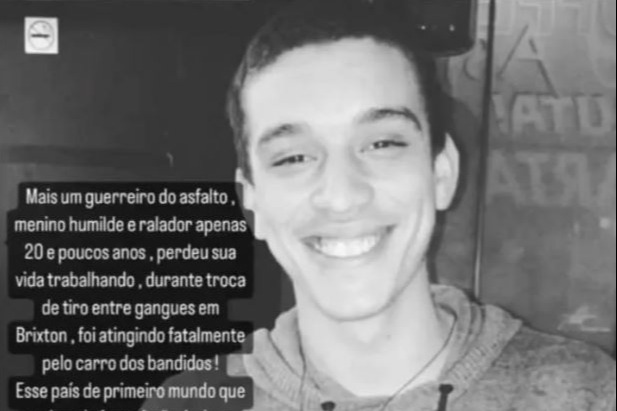 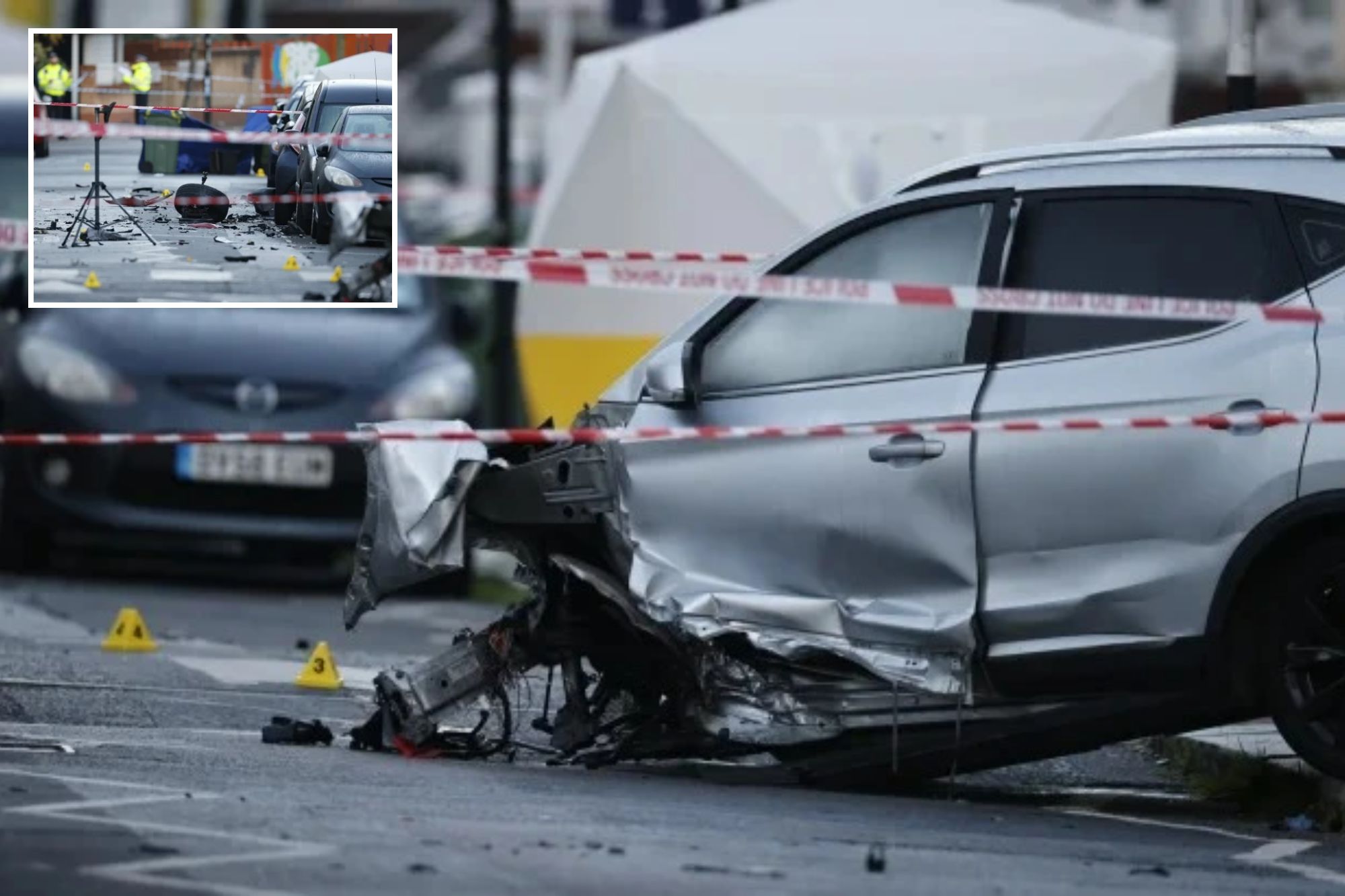 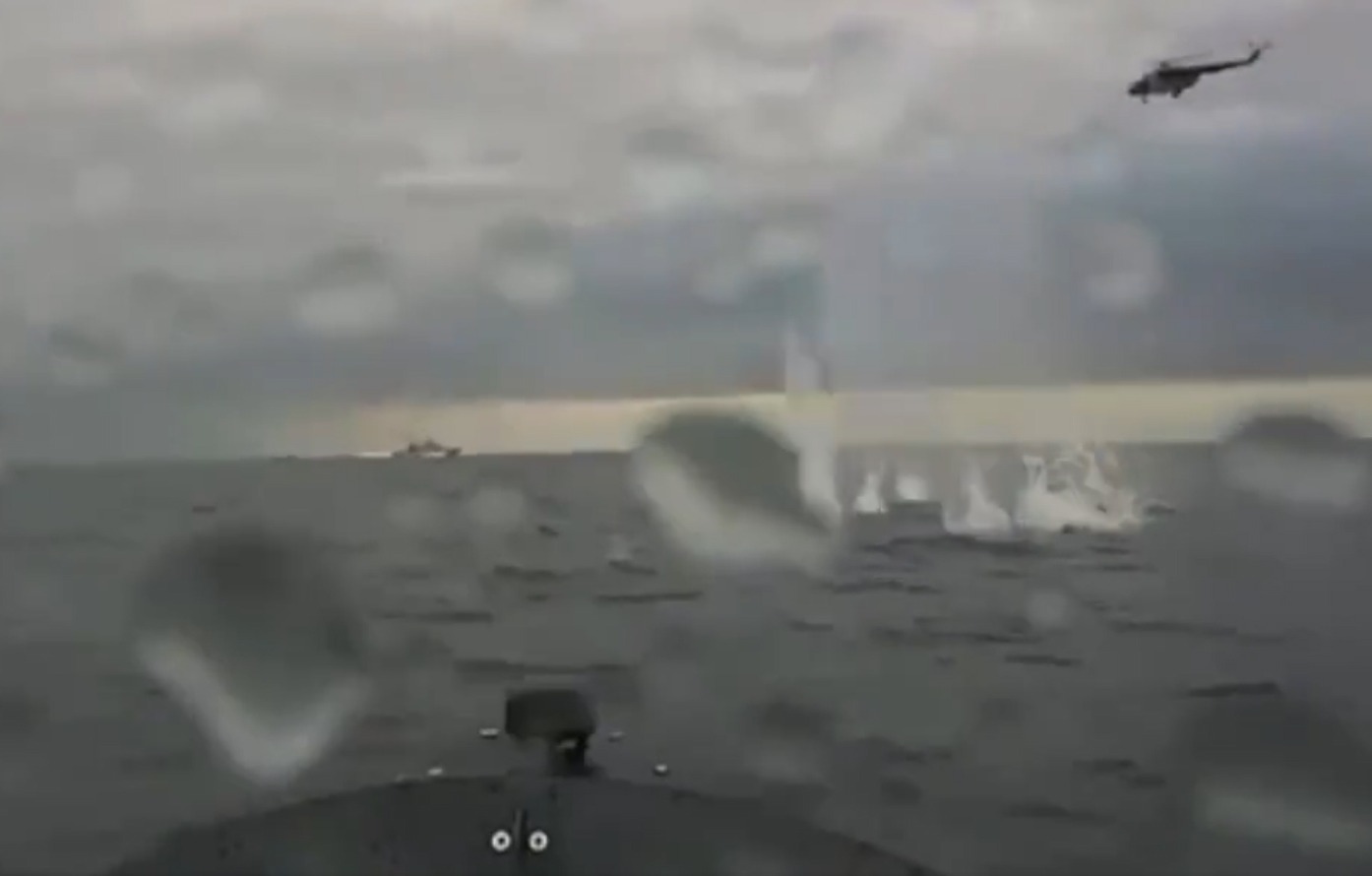 Retired British Army officer Colonel Richard Kemp also agreed that conscripted Russians could be facing a crisis in the winter months – but was clear both sides would suffer in the conditions.

"All war – and particularly the type of war being fought in Ukraine – is tough on morale and from a physical perspective," Colonel Kemp told The Sun Online.

"But then you add in freezing conditions – and in the cold you turn it into a survival exercises.

"Not just surviving enemies, but also surviving the deadly effects on the winter."

Ukraine is about to enter its winter months – with heavy rains starting to roll in, which is known as the "rasputitsa".

Cold rains will drive down and turn the already churned up, thick, goopy into a quagmire – filling up trenches with deep puddles.

And then the next phase will be for the temperatures to continue drop.

Winter will likely see the mercury drop below freezing for extended which will turn the swamp like battlefields into hardened terrain.

Both experienced military commanders said all troops and equipment will suffer this winter – but particularly for the Russians.

General Hodges was confident the change in conditions will benefit the Ukrainians as they are "much better prepared" – and if they keep the pressure on the Russians "will collapse".

"Russian conscripts are going to show up to the front poorly equipped without proper winter clothing -and they are going to sit there in trenches filled up with water," he told The Sun Online.

"It's going to be miserable."

He went on: "It's one thing fighting in winter when you're winning, but if you are already losing its going to have a terrible psychological effect – especially when you are cold, miserable and you are getting pounded by artillery and rockets.

"And many of them didn't want to be there to begin with."

Russia's fragile supply chains have been disrupted thanks to the blast on the Kerch Bridge – knocking out a key connection to Crimea.

And this is compounded by choppy conditions on the Black and Azov and the risky journey down from Russia past Mariupol means is very hard getting supplies to the frontline. 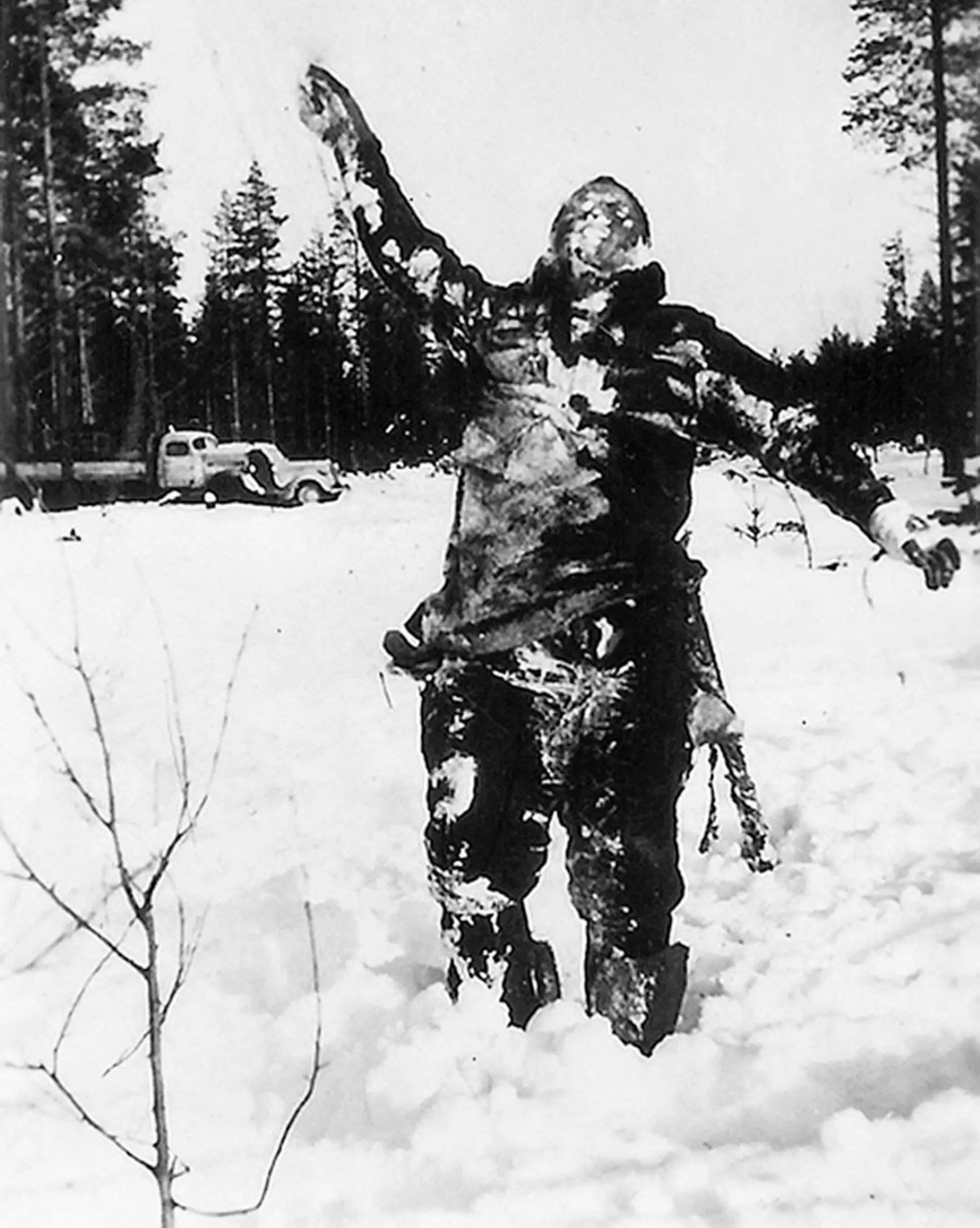 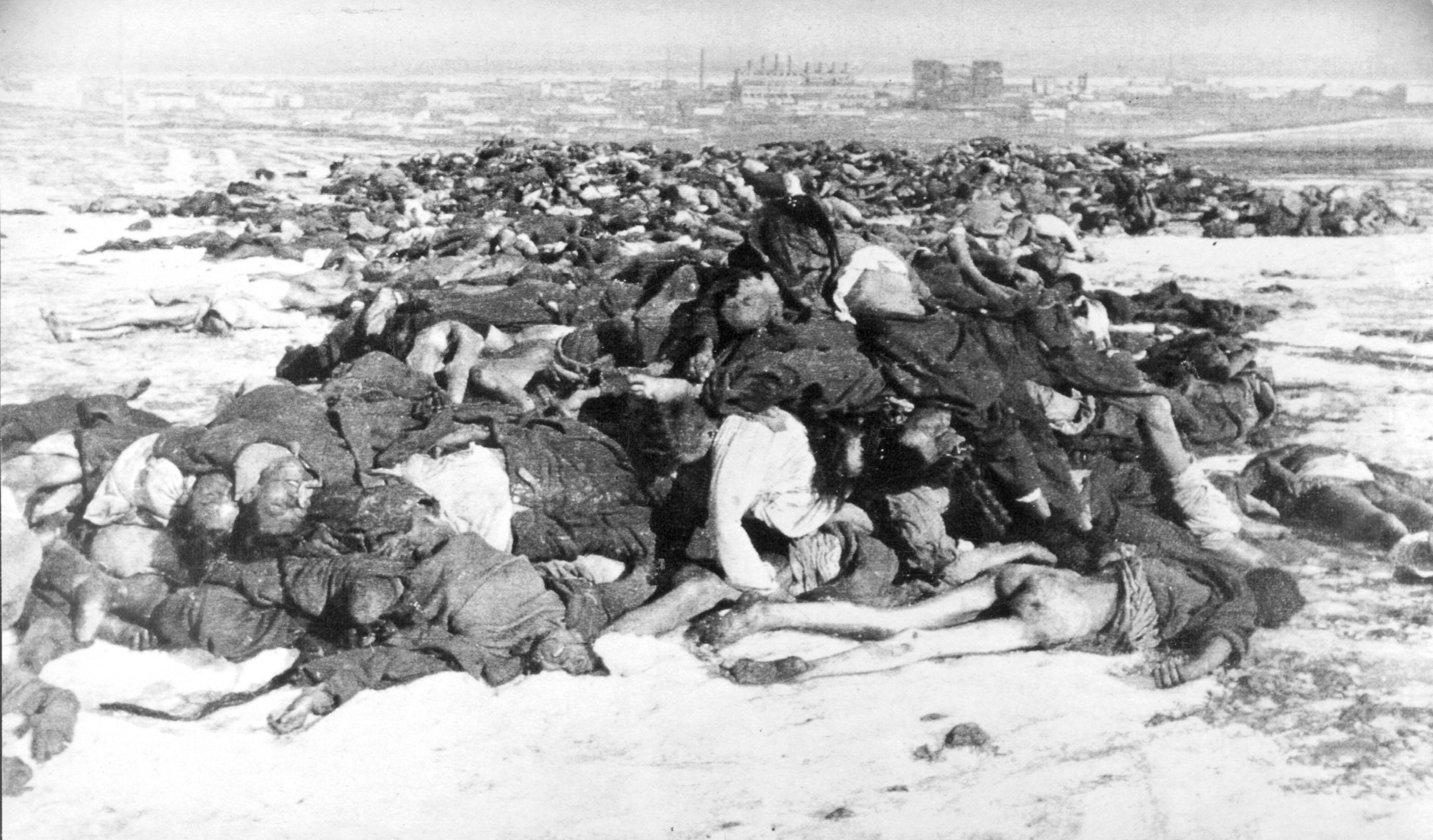 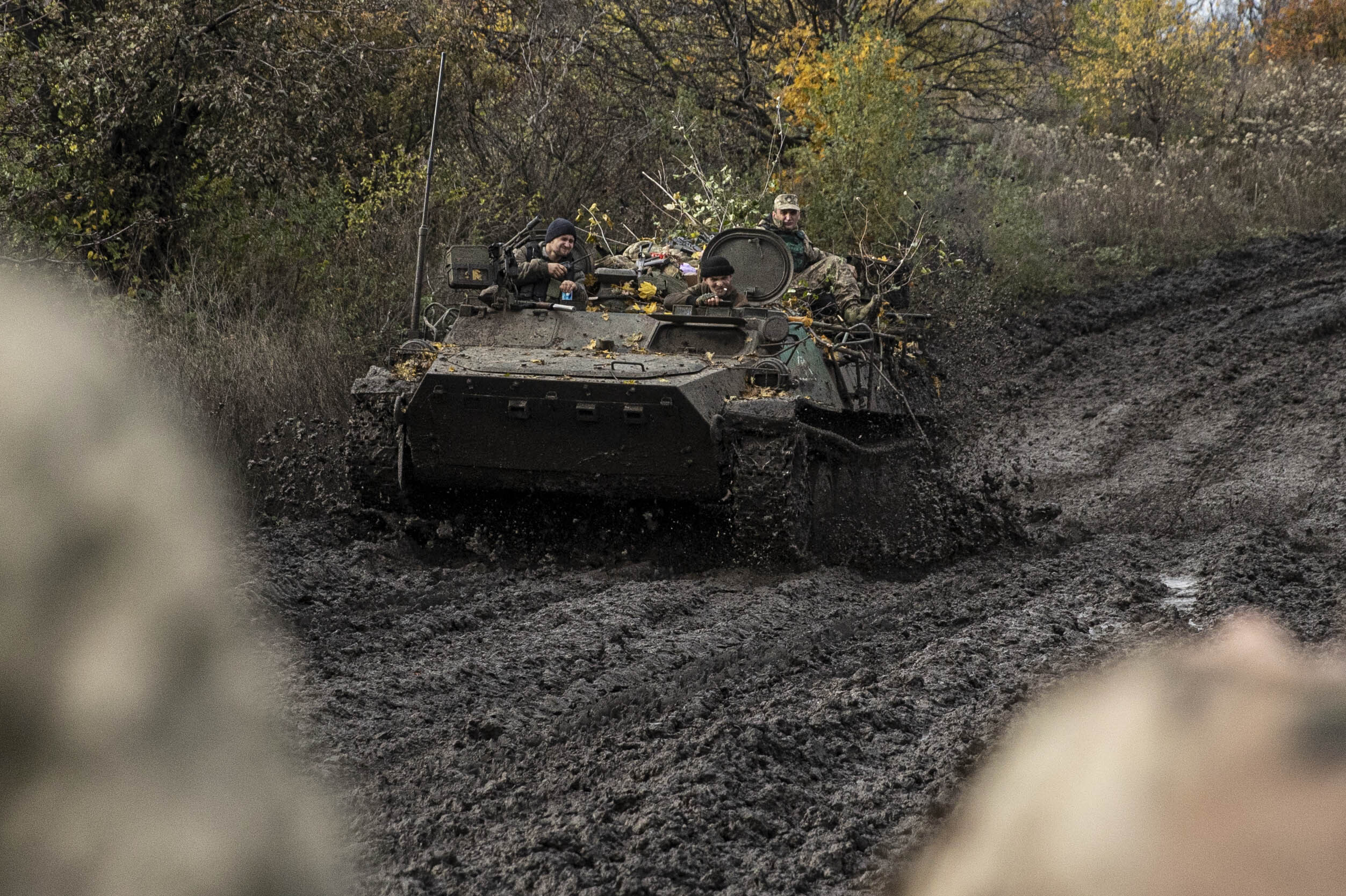 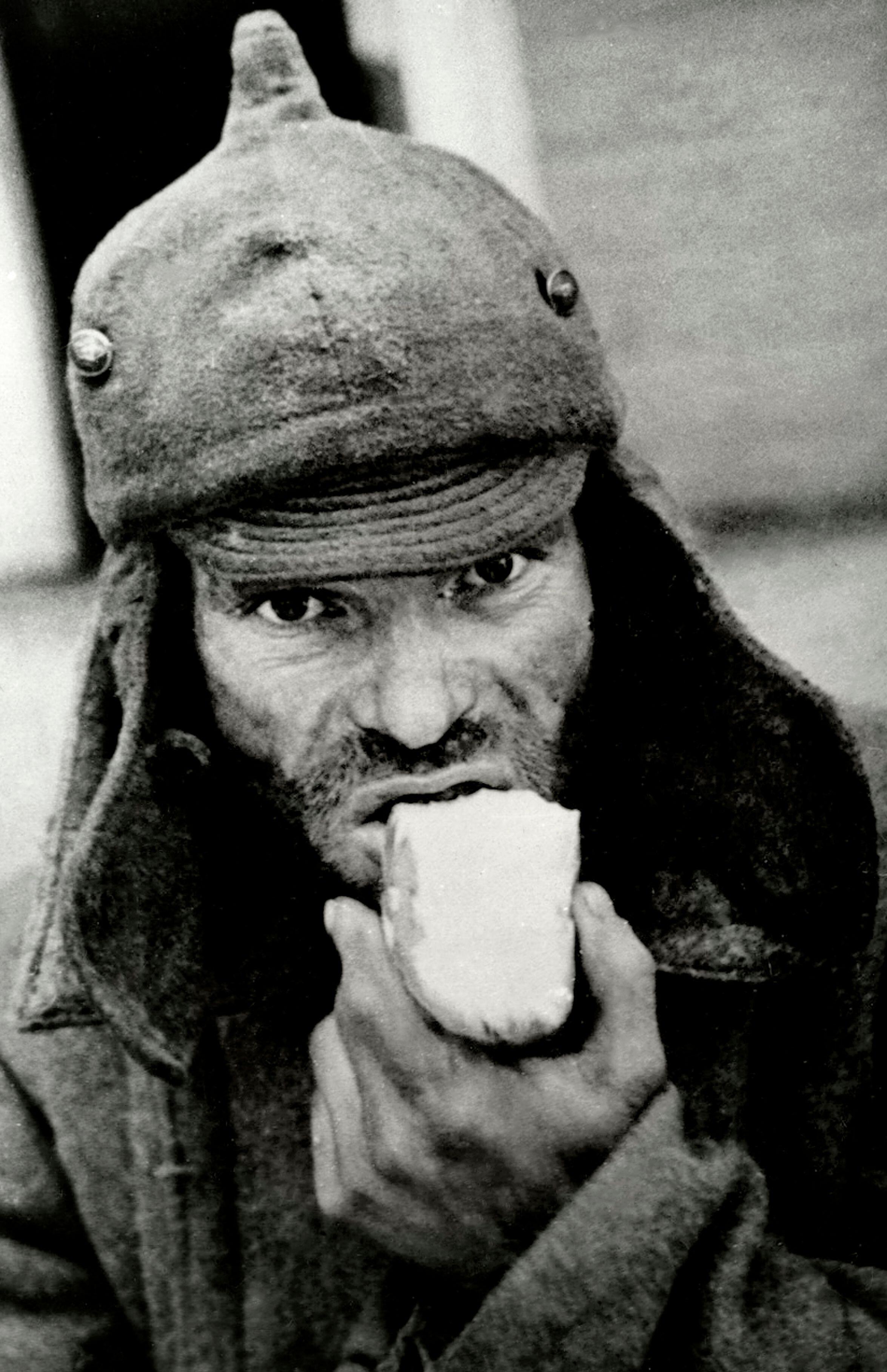 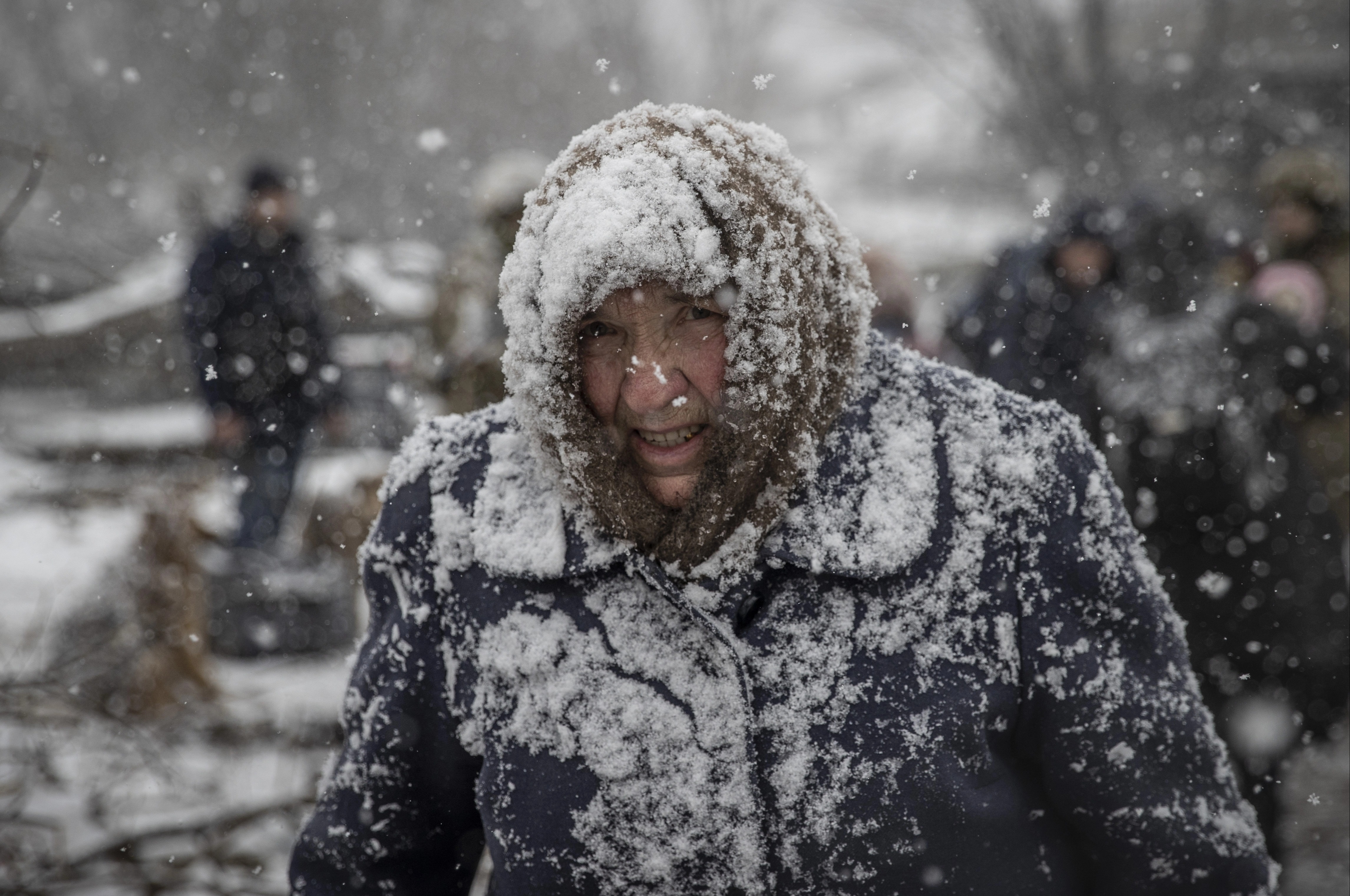 General Hodges said one of the key things for soldiers in the winter is the promise of relief – anything from a warm tent to hot soup or coffee – but it is unlikely that will be on offer for the under provisioned Russians.

"There are few things worse than sitting in cold wet conditions when you’re boots are soaking wet, when your rain gear has been saturated and there is no relief," he told The Sun Online.

And the commander also explained it is not just the cold itself, it's also the threat of rampant disease that faces being one of the biggest problems for the Russians.

General Hodges said many pictures he had seen of Russian camps showed they were totally disorganised – dirty and looking like the "morning after a rock concert".

"This isn't about being neat, this is about doing the proper things – such as disposing of human waste," he explained.

"And with untrained soldier it is going to be even worse. It's not just about being cold and wet, it's about disease."

Covid and other viruses could find fertile breeding ground amongst the ranks of ill-disciplined and weakened Russia troops as they hunker together in their trenches and bunkers.

"In the cold, your body is just weaker, it can't fight things off," General Hodges told The Sun Online.

He drew a comparison with the Crimean War – where historians estimate four times as many soldiers died of disease than battle wounds.

And when it all boils down, with the cold, the disease and the damp, General Hodges said "war is a test of will".

"Will comes from do you believe it what you are doing? Your purpose? And do you trust those around you and your leaders? Do you believe headquarters are doing everything they can to support you and keep you alive?"

And for the Russians, the answers to many of those questions would be a resounding "no" – which could lead to

Colonel Kemp also explained that morale is going to be the key thing for fighting in the winter in Ukraine.

"Many of these Russians do not realise why they are fighting and they don't want to be fighting – they've just been sent to the frontline," he said.

"While the Ukrainians are fighting for their homes and families."

He explained when you are shivering cold in a trench, when of the most powerful tools you can have is trusting the men around you.

But for these Russian conscripts who have been hurled into the frontline with proper equipment or time to build relationships with their comrades – they will see morale breakdown.

He warned one of the "biggest killers" will be hypothermia – with you often reliant on your pals in the trench to spot the signs before it is too late.

"New conscripts are going to be very susceptible without experienced commanders and comrades behind them," said Colonel Kemp.

"It is the guy beside you who keeps you alive in that situation."

Colonel Kemp however said it will "not be a walk in the part" for the Ukrainians – but they will be helped by better morale.

Political scientist Dr Andreas Umland, from Stockholm Centre for Eastern European Studies, told The Sun Online that "the colder it gets, the more unhappy the Russian soldiers will be".

Dr Umland said: "It will also be hard for the Ukrainians – but they have the support of the entire population behind them."

"The stakes are very high for Putin to end this somehow."

PUTIN should perhaps familiarise himself with history if he plans on keeping poorly equipped Russian soldiers on the frontline.

Russia troops could face freezing to death and succumbing to disease like these famous military catastrophes.

Finland was invaded by the Soviet Union in 1939 – but an exceptionally cold winter led to disaster for the Russians.

Temperatures dropped to -43C as they hit record lows, and the Russians found themselves up against a vastly better prepared force.

Soviet tanks struggled through the forests and were still painted in olive drab, standing out like a sore thumb against the winter snows.

It is estimated more than 60,000 Russian soldiers suffered frostbite or were sick from the cold during the fighting from November to March.

The much smaller Finnish forces brutalised the ill-prepared Russians, with the Soviets losing nearly 400,000 people compared to Finns 70,000.

Adolf Hitler made one of the biggest mistakes of World War 2 when he opened up the eastern front against the Soviet Union in 1941.

Not learning anything from the Russian failures around 18 months previously, the Nazis steamed in expected to bulldoze through to Moscow.

Instead they found themselves bogged down and not making the progress they wanted – with the winter then blowing in.

Temperatures dropped to -45C and untold numbers of Germans ended up freezing to death as they were not prepared to fight in the snow.

Britain also suffered at the brutal hand of the winter during the Crimean War – when a storm claimed key winter supplies as it sunk 30 ships in the Black Sea.

Soldiers were left without food, fuel and winter uniforms.

The storm also turned the landscape into a bog and many soldiers suffered from cold and sickness.

Contagious diseases such as typhoid, cholera and dysentery ran rampant – with sometimes one in three troops being fit to fight.

British forces lost around 21,000 men throughout the war – with 16,000 of them dying due to preventable illness.

And these problems also manifested for the Russians, with the siege of Sevastopol seeing 143,000 dead – with 89,000 of them killed by diseases.

Putin's war in Ukraine is already not going well – and he is also facing growing discontent at home.

Most of the fighting is centred around Kherson, with Ukrainian forces saying the Russians are digging in for the "heaviest battles".

Liberating the region – which has been illegally annexed by Mad Vlad – would be a major victory for Ukraine and a further humiliation for Russia.

And it could open the door to a fresh offensive towards Crimea – with some believing the Russian army could even collapse before the end of 2022.

But elsewhere it is feared Putin could launch a new assault towards Kyiv across the border from Belarus.

Vlad would be trying to open a new front in a bid to slow the storming Ukrainian advances in the war-torn country's east and south.

Russia's desperate bid to turn their failing war around has also seen them launch a massive assault on civilian infrastructure.

Missiles and drones are being used to rain down on power stations as the weather gets colder and days get darker.

Putin's strikes have left more than 1.5million Ukrainians in darkness.

It is believed Russia hopes by doing so they may be able to make Kyiv lose hope and give up the defence on their homeland.

Kyiv has imposed an information blackout from the Kherson front to prepare for the final push.

And in a rare admission of problems on the battlefield, Russian commander "General Armageddon" Sergei Surovikin said the situation in Kherson was "already difficult".

He chillingly warned Russia was "not ruling out difficult decisions" there.

Putin's commanders believed they could roll over Ukraine in a matter of days – but now the war has been raging for eight months.

They convinced Russia troops they would be greeted with cheers and waving flags as "liberators", instead, they were faced with Kalashnikovs and Molotov cocktails as invaders.

Vlad's war has become a slow and brutal quagmire – one which has seen the Russians change tactics, moving from attempts at surgical strikes to savage, indiscriminate attacks on civilians.

With further defeats on the horizon, a seemingly hopeless mass mobilisation, and a resurgent Ukraine storming towards their new "territory" – fears are growing the war could escalate once again. 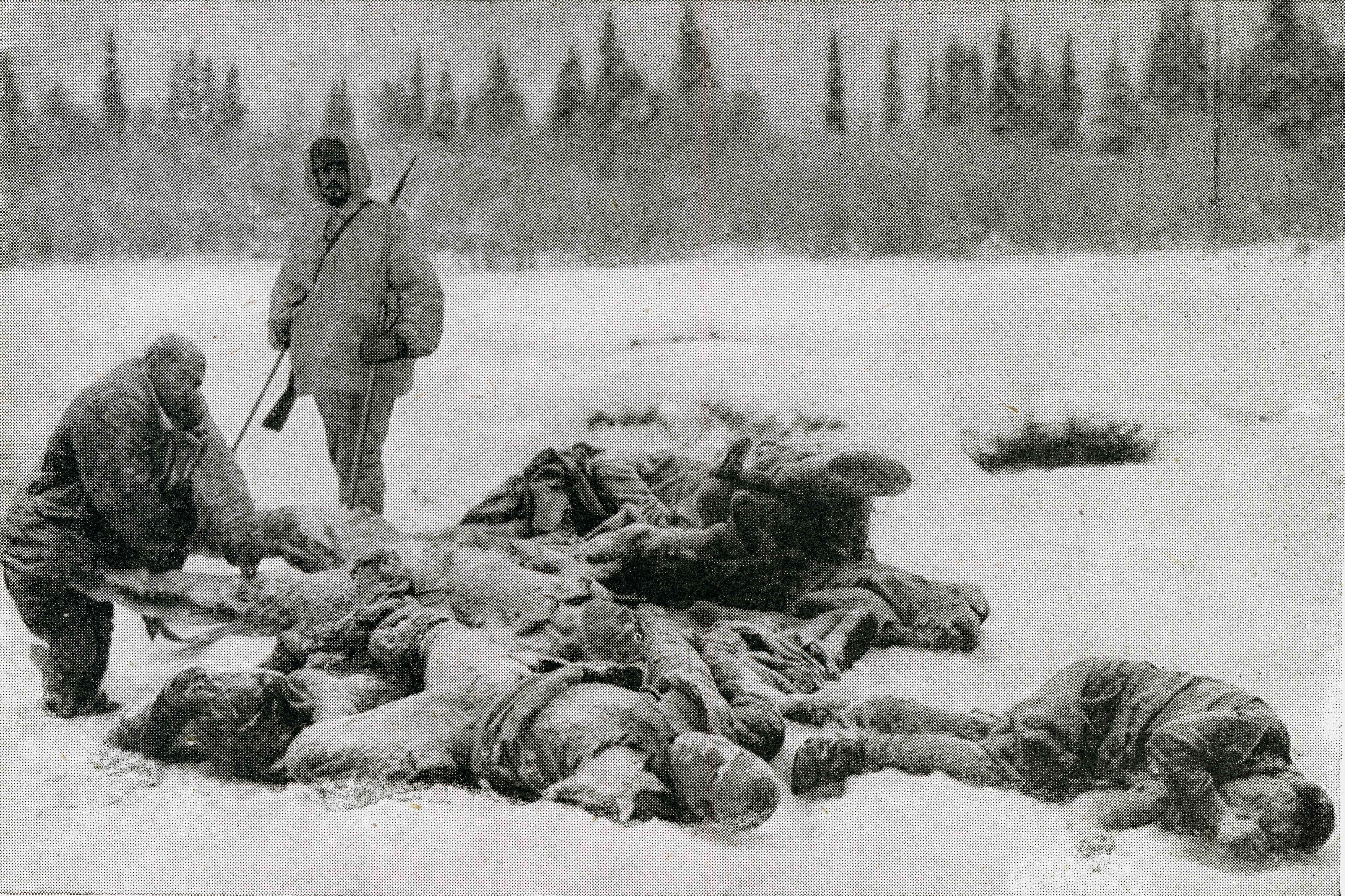 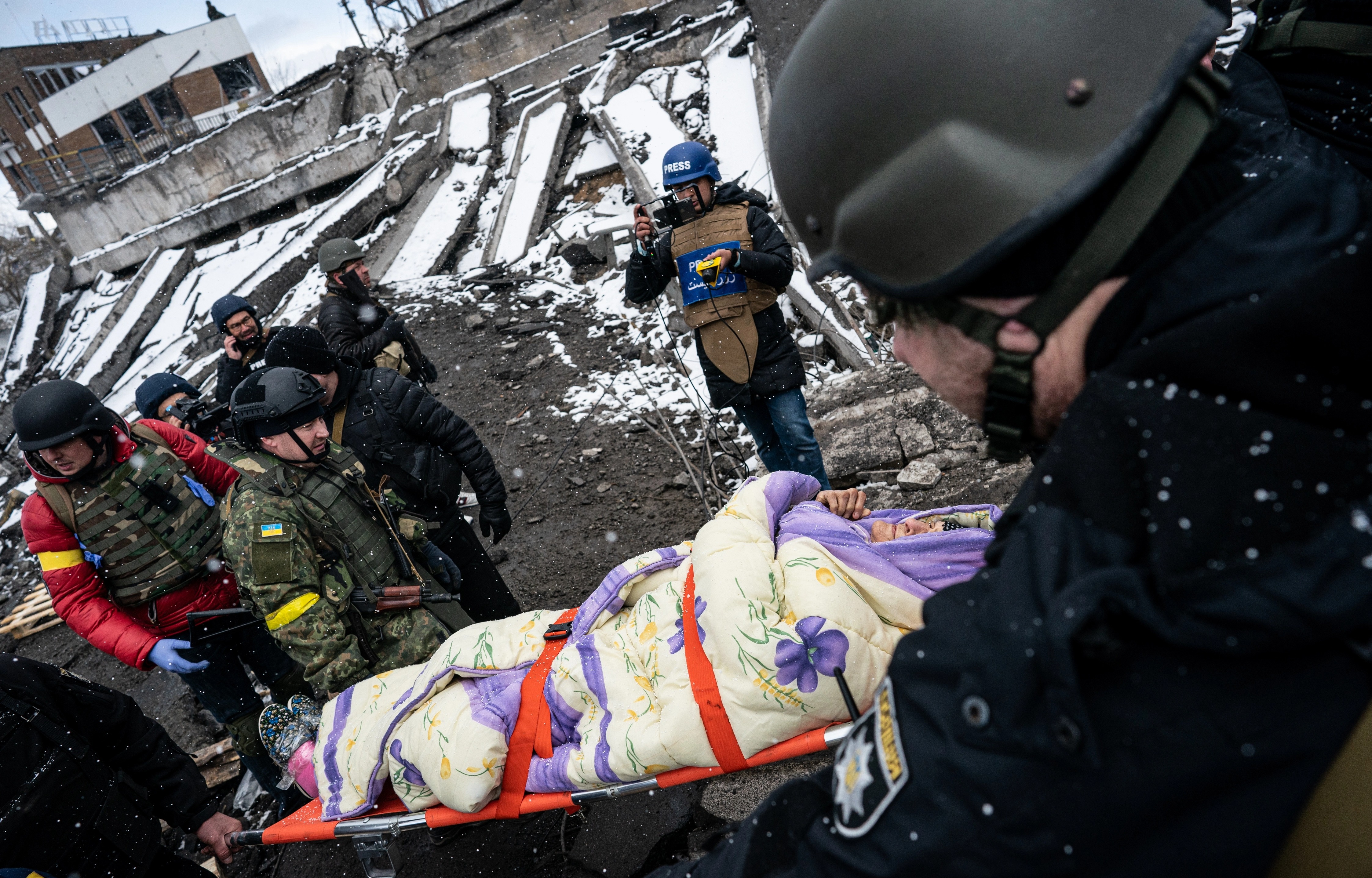