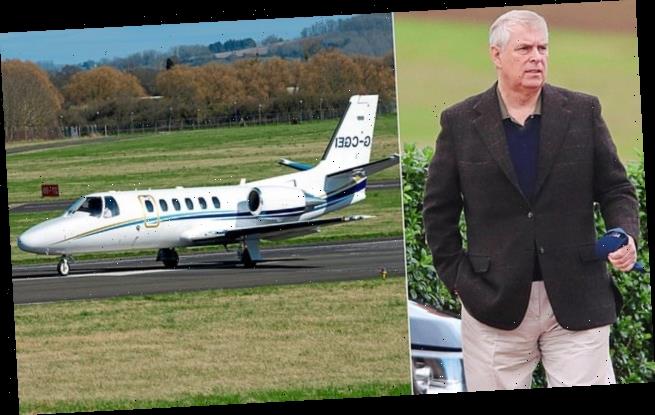 How Prince Andrew was saved from potential plane disaster when ground technician waved note scribbled with ‘Stop!’ at pilot after noticing oil leaking from undercarriage moments before take-off

The Duke of York escaped potential disaster when a Royal Flight was dramatically aborted moments before take-off when its pilot spotted a ground technician waving a scribbled note saying: ‘Stop!’

The engineer quickly wrote the makeshift sign after spotting oil seeping from the undercarriage as the jet prepared to depart.

He frantically waved it at the pilot just as the Cessna Citation prepared to taxi towards the military runway at Leuchars in Fife, Scotland.

With the engines roaring and Andrew on board, the pilot saw the warning with seconds to spare and abandoned his take off. 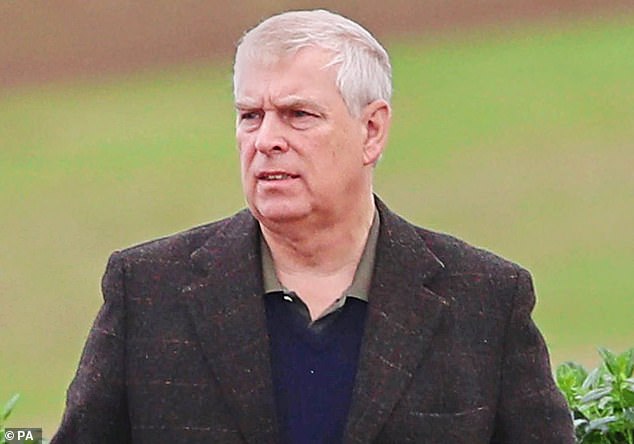 Prince Andrew, pictured in 2019, who had been playing golf at St Andrews five miles away, was driven to a lounge to await another flight back to London

Conducting his own inspection, he confirmed that oil was ‘seeping’ from the undercarriage retraction mechanism and leaking elsewhere, and grounded the flight.

The technician, identified only as Corporal Nicoll, later received a safety award for his quick thinking.

The Prince, who had been playing golf at St Andrews five miles away, was driven to a lounge to await another flight back to London.

The incident, which has only just come to light, happened on September 20, 2019.

Aviation safety expert Justin Goatcher said: ‘If the flight had taken off, it sounds as though the problem would have been at the other end. The leak may have prevented the landing gear from lowering, causing indeterminable consequences.’

Describing the incident, the RAF magazine Air Clues said: ‘As both engines were running, Cpl Nicoll wrote a note about what he had found and held it up to the cockpit window for the captain to read.

‘The captain proceeded to open a small cockpit window and handed Cpl Nicoll his phone indicating for him to take pictures of the fault.

‘After reviewing the photographs taken by Cpl Nicoll, the captain decided to shut down one of his engines and conduct his own inspection of the fault. 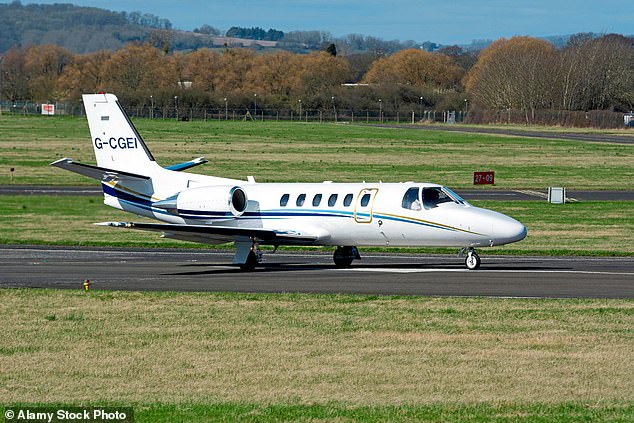 Narrow escape: The Duke of York was aboard a Cessna like this one when the engineer quickly spotted oil seeping from the undercarriage as the jet prepared to depart

‘The pilot concluded that the leak was serious enough that the aircraft must be shut down and declared unserviceable.’

Several hours after the incident, the duke flew home to face new claims from Virginia Roberts, the woman who alleges socialite Ghislaine Maxwell told her to have sex with the duke after a night out in London.

In a TV interview broadcast that evening in America, Ms Roberts gave new details of their alleged encounter in 2001 when she was 17.

Andrew has repeatedly and firmly denied all accusations of impropriety with women, including underage girls.

Earlier this month it was reported that the Queen’s official fleet of planes is to be sold off as part of defence cuts. Aircraft used by the Royal Family since the 1980s will be withdrawn from service next year to save money, leaving the sovereign without a dedicated aircraft for the first time in her reign.

Both the Ministry of Defence and Prince Andrew’s spokesman declined to comment on the Leuchars incident last night.