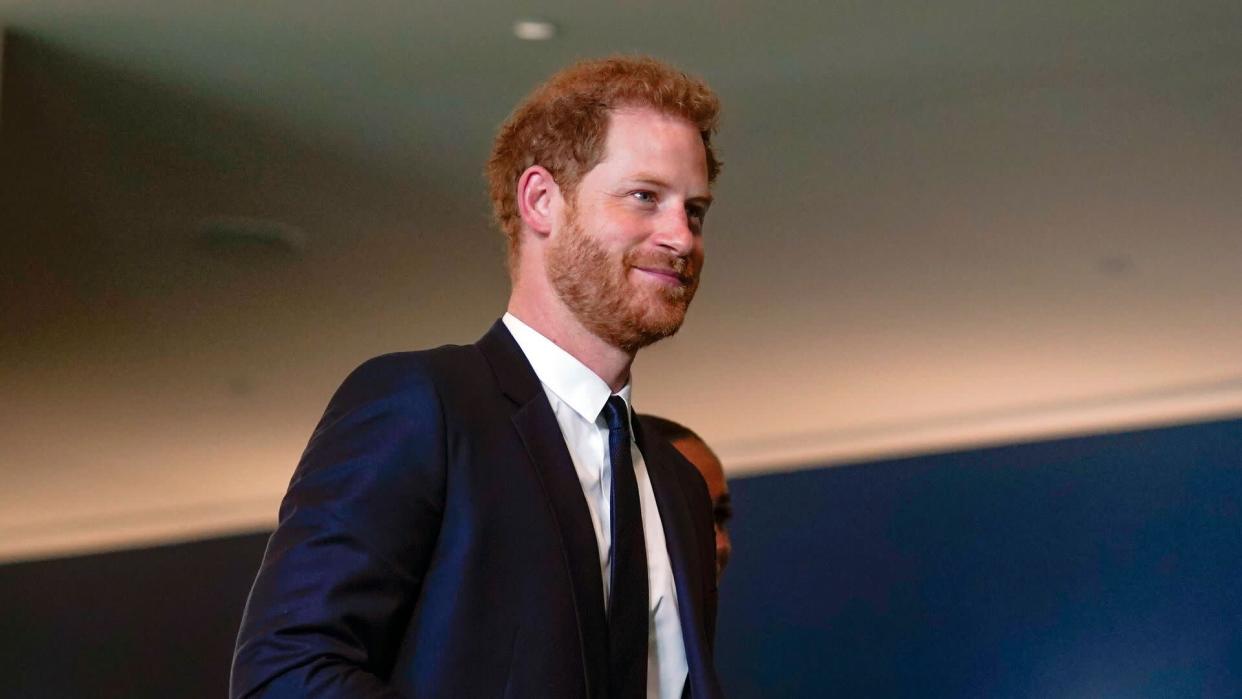 Prince Harry was born on Sept. 15, 1984, in London to King Charles III and the late Diana, Princess of Wales. Harry — whose full name is Prince Henry Charles Albert David — is the younger brother of Prince William and grandson of the late Queen Elizabeth II and Prince Philip, Duke of Edinburgh.

See: How Rich Are King Charles III and the Rest of the British Royal Family?
Find: Princess Diana’s Net Worth on the 20th Anniversary of Her Death

Prince Harry is worth $60 million, according to Celebrity Net Worth.

Prince Harry has been in the public eye since the day he was born and despite his best efforts for privacy, his personal life has been no secret to entertainment outlets for decades.

Prince Harry followed in the footsteps of his big brother in many ways, including attending the prestigious Eton College — graduating in 2003 — as well as following him into the realm of military service. Prince Harry served in the British Army for 10 years, from 2005 to 2015, which included two tours of duty to Afghanistan.

After spending much of his early 20s serving with the British Armed Forces, Prince Harry formed the Invictus Games in 2014, which is an international adaptive sporting event held for wounded, sick or injured servicemen and women and veterans.

One of Prince Harry and his bride-to-be Meghan Markle’s first appearances together was at the 2017 Invictus Games, where paparazzi spotted the pair hand-in-hand, which helped stoke the fire for their impending engagement.

The pair were wed at St. George’s Chapel at Windsor Castle on May 19, 2018 — roughly six months after their historic engagement announcement on Nov. 27, 2017.

Meghan Markle wasn’t Prince Harry’s first public romance. In the past, the Prince has been linked to Zimbabwean national Chelsy Davy — the daughter of a prominent South Africa-based businessman. He’s also been said to have dated Cressida Bonas, the granddaughter of the 6th Earl Howe.

In addition to his military service, Prince Harry has carried on the family tradition of being invested in charitable giving and personal welfare responsibilities. On top of devoting his life to the betterment of others — especially wounded servicemen and veterans — he is also involved in projects aimed at promoting developmental opportunities for disadvantaged children all across the globe.

Together with his brother and sister-in-law, the Duke and Duchess of Cambridge, they direct their philanthropic work through a foundation that “develops programmes and charitable projects based on the interests of Their Royal Highnesses by working with organisations which are already making a proven impact in their respective fields,” according to the official British royal family’s website.

After their son Archie was born, Harry stepped down from his senior role in the Royal Family in 2020 fearing that he would lose Megan in the same fashion as he lost his mother. The pair stayed with friends in Canada and the U.S. before buying their home in Montecito in Santa Barbara, California.

It was at that time he was cut off financially from the Royal Family and became reliant on the inheritances from his mother and great-grandmother.

Harry and Megan’s Children’s Places in the Royal Family

See: How Rich Is Meghan Markle?
Find: The Richest Royals in the World

This article originally appeared on GOBankingRates.com: How Much is Prince Harry Worth?