How COULD this sex show for children as young as five get £40,000 of public cash? Production urging youngsters to explore ‘sexual pleasure’ is cancelled after more than 38,000 sign petition

The Theatre Royal Bath is one of the oldest and most prestigious provincial playhouses in the country.

The exquisitely restored venue, which opened in October 1805, is currently taking bookings for the English Touring Opera’s rendition of Puccini’s La Boheme in May.

Later in the year, Felicity Kendal and Caroline Quentin will tread the boards here in comedies by Michael Frayn and George Bernard Shaw. Other shows in the pipeline include Bugsy Malone and Agatha Christie’s The Mousetrap.

But a very different kind of performance is about to be staged at the Theatre Royal Bath.

Actors, sometimes stripped naked, will talk explicitly about sex and, if the publicity photographs are anything to go by, they will also demonstrate various sexual positions (albeit fully clothed) while simulating orgasm for the audience. 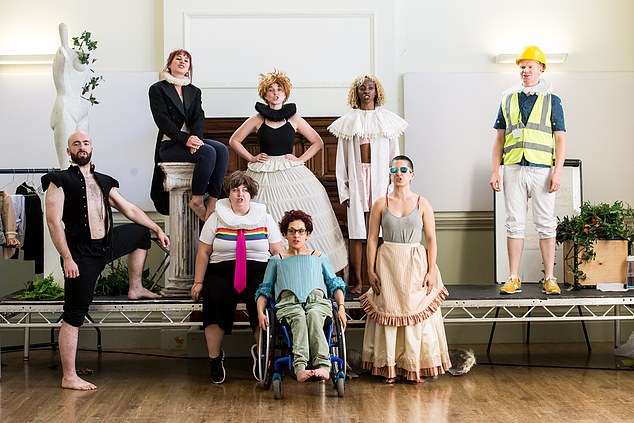 Many might wonder why such a production, featuring full-frontal nudity apart from anything else, is being put on at a much-respected auditorium in the heart of one of our most historic cities instead of, say, the backstreets of Soho.

The more shocking revelation, though, is that the production, The Family Sex Show, subsidised to the tune of nearly £40,000 from the National Lottery, via Arts Council England — public money, in other words — is aimed at children as young as five. Yes, five.

‘It’s like Pixar meets Sesame Street meets Flight Of The Conchords’ is how the ‘show’ is promoted on The Family Sex Show website. The quote, apparently from a fan, is reproduced in big letters inside a speech bubble.

Could there be a more inappropriate, misleading description?

Youngsters are urged to explore ‘sexual pleasure’ and ‘try sexual practices’ with the help of an online information pack that includes questions such as, ‘Do you make enough time to experience pleasure?’

And, ‘If some of your pleasures are sexual, are there any sexual practices you might like to try? Or ‘Which pleasures are experienced alone and which are with other people?’ 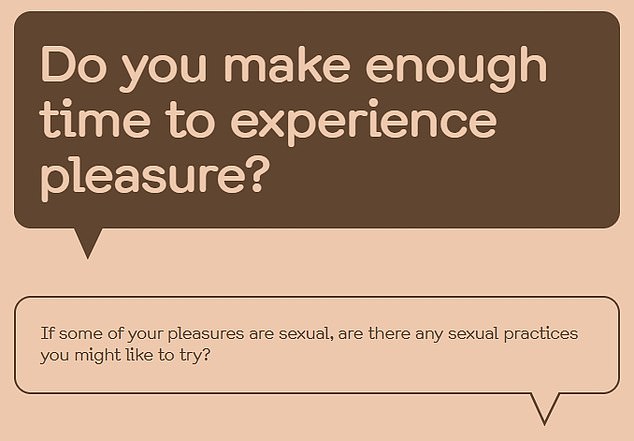 Youngsters are urged to explore ‘sexual pleasure’ and ‘try sexual practices’ with the help of an online information pack that includes questions such as, ‘Do you make enough time to experience pleasure?’

The target audience, remember, includes pre-teen children. As the organisers make crystal clear: ‘This is a show for everyone. We suggest 5+’

The Family Sex Show was due to open this month in at least seven theatres, from Norwich to Bristol, but had to be cancelled following a backlash, with more than 38,000 people (ordinary mums, dads, aunts, uncles, grandparents, for the most part) signing a petition calling The Family Sex Show ‘profoundly irresponsible and wholly inappropriate’.

They say the effect will not be ‘educating children’, but rather prematurely sexualising them.

The cast of up to eight performers, however, are determined that the show must go on — after all, they have the money. They will perform to an invited audience at the Theatre Royal Bath, it has been announced, at a date yet to be decided, ‘ahead of subsequent public performances’.

So, despite widespread condemnation that the content is unsuitable for children, The Family Sex Show could — if the organisers get their way — end up playing at a theatre near you.

The producers say ‘a small group of people with extremist views’ forced the cancellation of the initial shows. But, in actuality, thousands expressed their disquiet on social media.

Maybe some went too far. But portraying anyone who disagrees with their own views as ‘extremists’ and bigots is a familiar tactic of the ‘cancel culture’ generation. 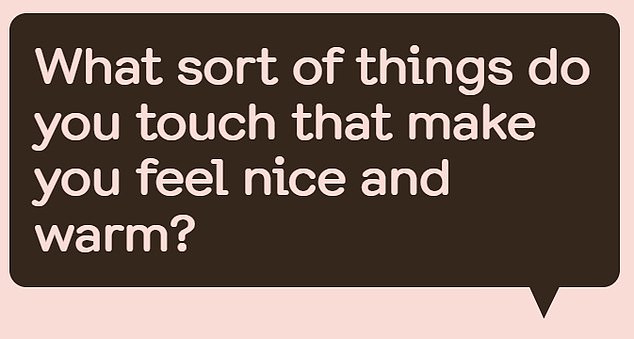 The target audience, remember, includes pre-teen children. As the organisers make crystal clear: ‘This is a show for everyone. We suggest 5+’

In fact, many of those who have posted critical comments on The Family Sex Show’s Twitter page are teachers and professionals working in child protection, hardly a demographic that attracts dyed-in-the-wool conservatives, as well as concerned parents.

Reflecting a common theme, one teacher wrote: ‘If a child in my class came in telling me about The Family Sex Show they’d been to, I would have to report that to a safeguarding lead.’

Of particular concern to families was the nudity. At one point, everyone on stage takes their clothes to a ‘level they feel comfortable with’, according to the publicity blurb — ‘for some people, that’s taking off all their clothes and being completely naked,’ the creators of The Family Sex Show admit.

Nudity on stage has flourished since the 1960s, largely due to the way the courts have chosen to interpret Britain’s obscenity laws in relation to the arts.

Nevertheless, mums and dads on the parenting website Mumsnet called for the police to investigate, with some arguing that ‘having naked strangers’ in front of children was no different to them ‘being flashed’.

There were fears, too, that the show could lead to inappropriate conversations between children and adults and was therefore ‘creating a gap, nay, a canyon for predators to enter’ to quote one critic.

So who exactly is behind The Family Sex Show? 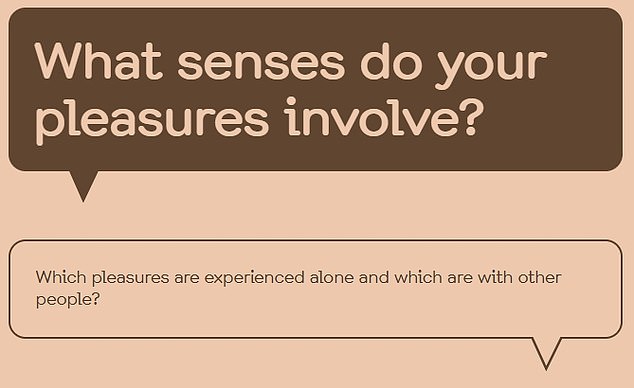 The producers say ‘a small group of people with extremist views’ forced the cancellation of the initial shows. But, in actuality, thousands expressed their disquiet on social media

The producer is Josie Dale-Jones, 29, founder of the Norwich-based theatre company ThisEgg.

She defends the controversial subject matter — controversial to almost everyone, that is, except Miss Dale-Jones and her associates — by pointing out that she worked alongside ‘specialists in sex education’.

Among them is 28-year-old Gayathiri Kamalakanthan, her supporting producer and co-director of ThisEgg Ltd.

The School of Sexuality Education holds workshops in schools all over the country.

Few could have imagined that, when the Department for Education introduced compulsory RSE (relationships and sex education) for secondary school pupils in 2020, it would lead to ‘external providers’ such as the School of Sexuality Education.

However, the reality is that the necessity to deliver RSE left many schools struggling to fulfil the requirements of the curriculum, which has resulted in a plethora of agenda-driven groups springing up.

These groups, critics claim, do not receive proper oversight or scrutiny.

How many parents would be happy to allow the School of Sexuality Education into their school if they had read the blog by one of the group’s volunteers? 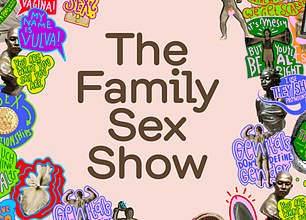 Many might wonder why such a production, featuring full-frontal nudity apart from anything else, is being put on at a much-respected auditorium in the heart of one of our most historic cities instead of, say, the backstreets of Soho

The influence of the School of Sexuality Education on The Family Sex Show is unmistakable.

The website for the show, for example, encourages children to ‘try sexual practices’ with their ‘sexual parts’ as well as ‘draw and label’ male and female genitals.

The same advice is given to pupils in workshops by the School of Sexuality Education.

The show’s website also instructs children to ‘remember’ that ‘not all women have vulvas, and not all vulvas belong to women’.

The same defining ideology, namely that your sex is a matter of personal choice, not biology — is infused in what many would describe as propaganda masquerading as fact advanced by the London-based School of Sexuality Education and so, inevitably, by The Family Sex Show.

Perhaps one of the most offensive sections of The Family Sex Show website has been deleted in the wake of the outcry.

Another now-deleted section read: ‘Everyone’s different and will have different things that feel nice to touch for them! If one day you want to be touched in a particular way, that’s absolutely OK. You decide what feels good for you.’ Also deleted is this: ‘If you’d like to make your own Play- Doh genitals, have a go with these instructions.’

The same Play-Doh exercise is included in workshops run by the School of Sexuality Education.

‘We are appalled at the current state of affairs,’ said Tanya Carter, of the parent campaign group Safe Schools Alliance.

‘Children have a right to accurate information regarding puberty and their bodies. Instead they are being subjected to misinformation and inaccurate material. It is a scandal which has been enabled by very many individuals, organisations and government departments being in complete dereliction of duty.’

Surely not many outside the deluded woke bubble would disagree with these sentiments, which are echoed by children’s author and former Yorkshire-based policeman G.P. Taylor.

He told us: ‘It is inappropriate to teach children these things or allow them to watch naked people frolicking about on stage. This is dangerous ground.’

Josie Dale-Jones, who also performs in her shows, was awarded a scholarship by the Theatre Royal Bath in 2019 and was commissioned to make The Family Sex Show — hence the reason, presumably, why it will still open at the venue.

She received further funding (£38,216, according to the TaxPayers’ Alliance) from Arts Council England, which is responsible for investing public money from the Government and the National Lottery in ‘artistic and cultural experiences that enrich people’s lives’.

The fact that The Family Sex Show qualified for such funding in the first place is perhaps indicative of a wider scandal.

’13th time lucky,’ she wrote … we’re oh so thrilled (& v v relieved) to have money to continue developing all the things that will sit alongside THE FAMILY SEX SHOW (#TFFS) next year. Thank you.’

In an interview with The Guardian, in March, she spoke about the benefits of sex education.

Miss Dale-Jones added: ‘The argument against sex education for younger ages has repeatedly been that education is indoctrination: the more we tell our young children about sex, the more tempted they will be.

‘But there’s so much research that shows the complete opposite. Knowing your body is about knowing your rights. The more we know, the more we can protect ourselves and each other.

‘It’s the older people who feel discomfort in something that’s challenging their preconceptions.’

In the wake of the current furore, ThisEgg issued a statement stressing that ‘audiences were given information about the content before booking, so that they could make an informed decision to watch the show.

‘We believe what happened is reflective of structural and societal attitudes towards relationships and sex education, as well as art, culture and who is allowed to create and what we are allowed to engage with in the UK.’

But isn’t there a much simpler reason — that The Family Sex Show is dangerous and shockingly inappropriate in the eyes of ordinary people — who said so very loudly in their thousands?