Troops from the Household Cavalry have been moonlighting as paid security guards protecting a trail hunt from animal rights activists, The Mail on Sunday can reveal.

In a deal apparently worth £20,000, the soldiers from Prince Harry’s old regiment have been protecting the Fernie hunt in Leicestershire, targeted by saboteurs after its employees were convicted of animal cruelty offences. 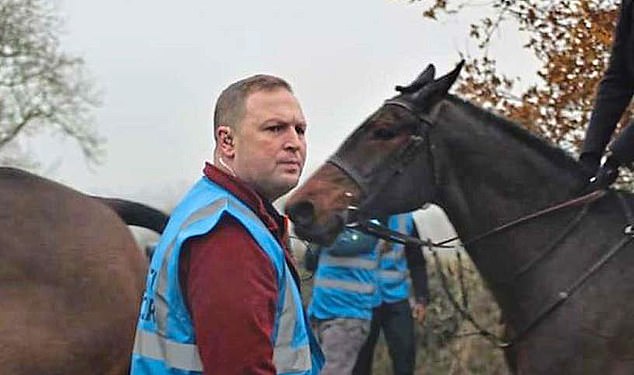 Protection: Ben Scollick, above, whose firm worked for the Fernie hunt. Army top brass slapped a ban on soldiers working at any more hunts

But after The Mail on Sunday established the troops do not have SIA licences, Army top brass slapped a ban on soldiers working at any more hunts.

A statement by a spokesman for the Fernie hunt last night contradicted the MoD’s claim that the soldiers were only acting as marshals and therefore did not require SIA licences. 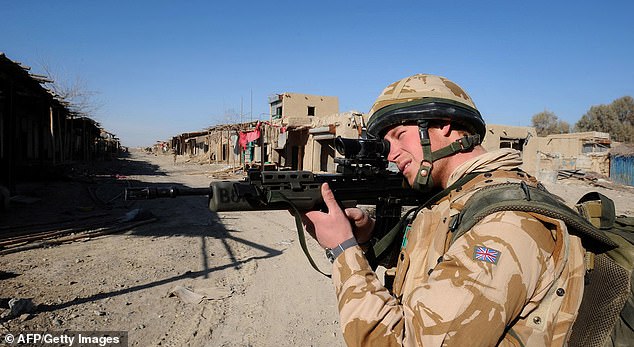 The soldiers from Prince Harry’s old regiment have been protecting the Fernie hunt in Leicestershire, targeted by saboteurs after its employees were convicted of animal cruelty offences. Prince Harry is pictured above in Afghanistan

In 2011, two Fernie hunt employees were fined thousands of pounds after being found guilty of digging out a fox hiding in a badger sett so it could then be chased by hounds.

Fox-hunting has been banned since 2004 and has been replaced by trail hunting, which involves people on foot or horseback following a scent along a pre-determined route with hounds or beagles.

Campaigners claim it still allows illegal hunting of foxes, deer and other animals with dogs.

Last night, the MoD refused to say how many soldiers were present at the hunt, or how much they were paid.

An Army spokesman said: ‘Service personnel can undertake secondary civilian employment with the approval of their chain of command.’

The Fernie hunt said: ‘We do not have anything to do with the recruiting of the individuals themselves.’