Isabelle Binns, aged one, from Lincolnshire was pulled with such force as she stroked the devil dog that the gate came off its hinges. 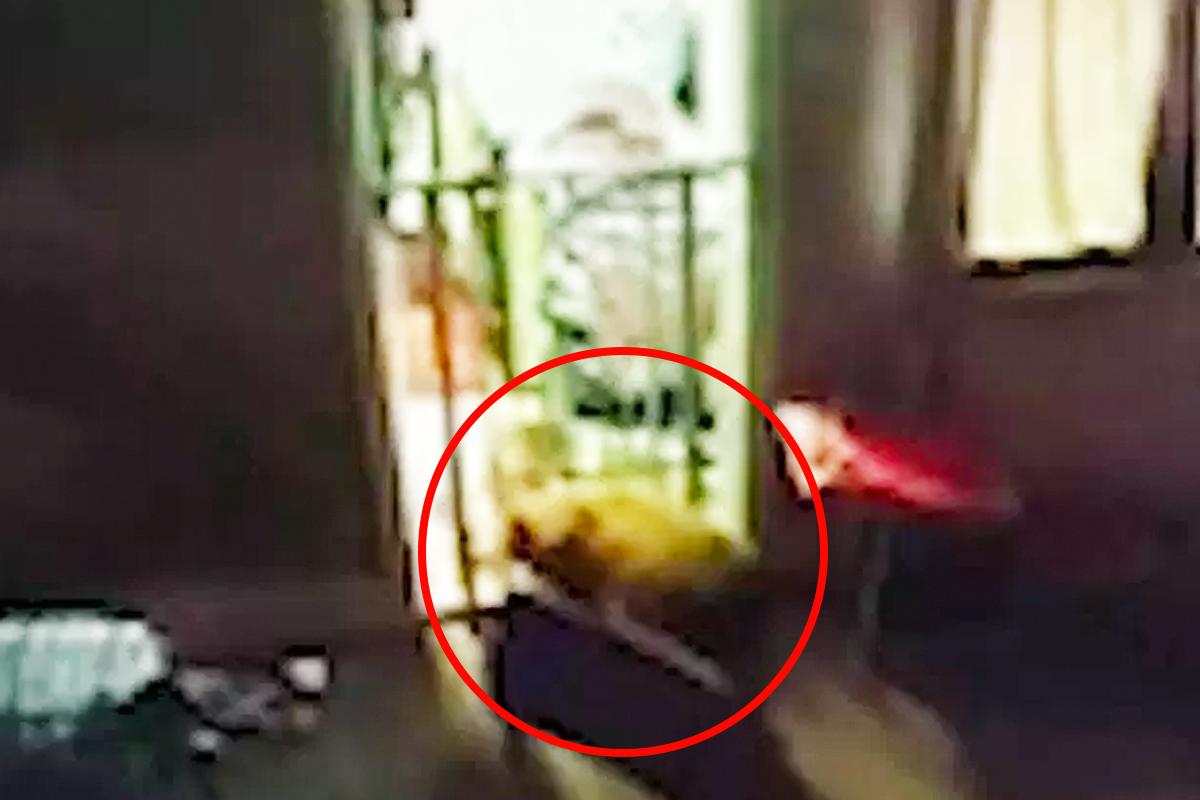 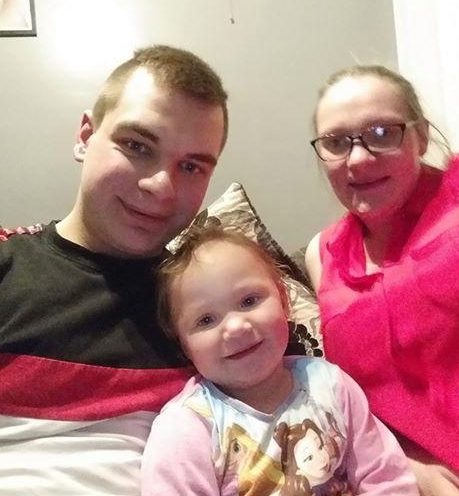 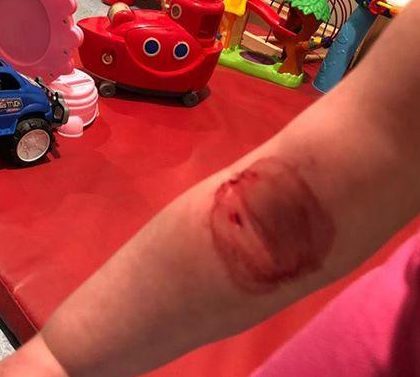 The terrifying incident happened while the youngster was staying at her grandmother Julie Booth’s home in Woods Terrace in Gainsborough, Lincolnshire, on Friday, January 25.

Isabelle placed her hand near a safety gate only for the dog to grab her arm with its teeth.

The gate fell on the dog and Julie was quickly on hand to rescue the baby, who was left with five deep puncture wounds to her arm following the attack from fostered golden retriever, who was staying at the home while it waited to be sheltered.

The distressing video was caught on camera by the home CCTV and has been shared to Lincolnshire Live by Isabelle’s father, Michael Binns.

“My partner and I went out on Thursday night so we left our daughter with her grandma,” the 25-year-old said.

“My partner [Chelsea] got the call from her mum as I was back at work as a LIVES first aid responder.

“My daughter was screaming the house down, I can imagine it was quite frightening for a one-year-old.”

After learning what had happened, the worried parents were keen to make sure their child was ok.

He added: "My partner went round said her arm was punctured and bleeding. I had to leave quickly and cleaned it up before the ambulance got there.”

The little girl was taken to hospital and has since been given the all clear.

The dog has since been put down by the company who arranged the fostering, according to Mr Binns.

He said: “It was a golden retriever so it was quite a surprise as they are usually quite nice.

"Luckily enough she doesn’t seem traumatised. Her auntie came round with a poodle the next day and Isabelle went straight up to it and stroked it. I don’t know if it will be different if it is a golden retriever.”

Mr Binns has been left unhappy after claiming the police officer who attended said that the dog didn’t need to be put down, but just left with owners away from families – a comment Mr Binns says is "absolutely shocking".

Lincolnshire Police have confirmed officers have attended the incident but have yet to comment on the claims made about the police officer.

A spokesperson for EMAS confirmed paramedics were sent to the scene.

“We received a call at 8.49am on January 25 to a medical emergency in a private address in Gainsborough.

"We sent a crewed ambulance and one patient was taken to Scunthorpe General Hospital.” 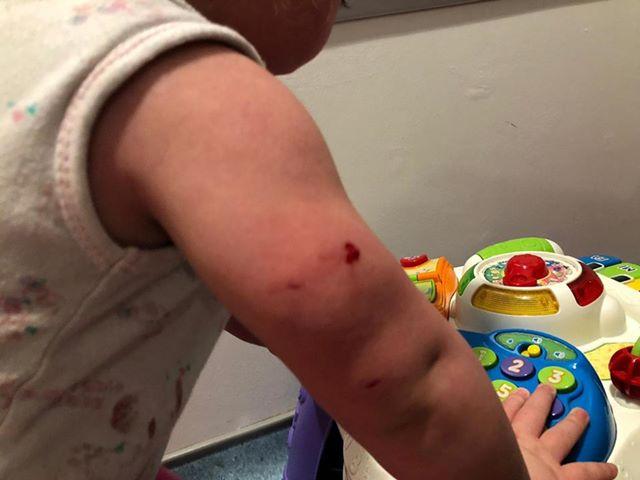