HORRIFIED househunters spotted what they feared to be a huge bloodstain on the kitchen floor of a three-bed home.

The £325,000 house in Sale, Greater Manchester, caused a stir online after being put up for sale on Rightmove. 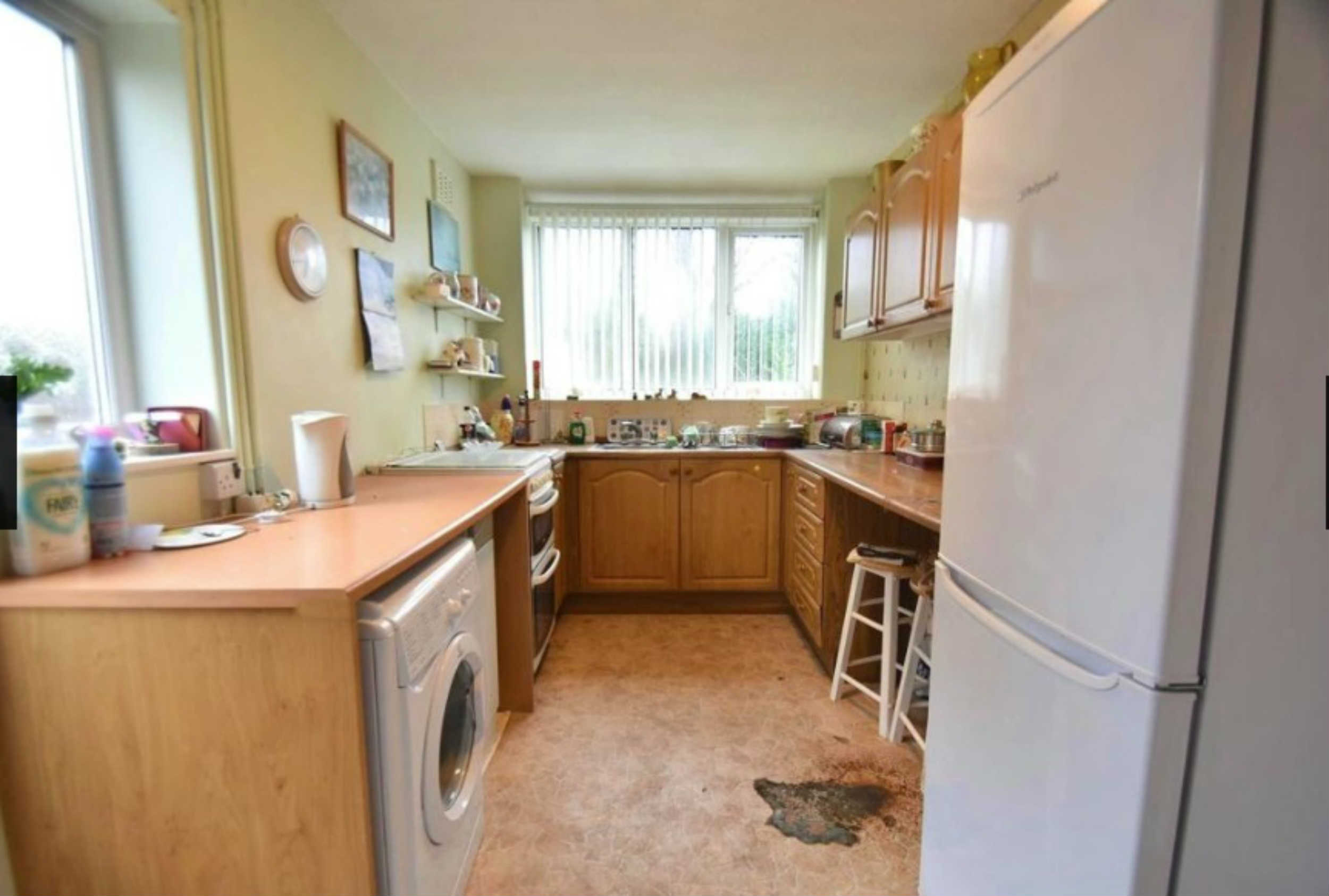 Images available online show what appears to be a large dark stain on the kitchen floor, which seems to be surrounded by red spray.

The property was uploaded to Reddit last night by f0rtune captioned with: “Modernisation required, some blood to clean up”.

He added in the comments: “A friend viewed this house, the estate agent said before they went in that they had to inform them that someone died in the house.

“There was blood in the hallway and a big pool in the kitchen. It’s even on the Rightmove pictures”.

Uyincognito added: “Clearly a very peaceful death with that big forensic spatter on the floor”.

Sellers Gascoigne Halman denied the stain is blood but declined to explain what it is or why it is in the picture.

It is described as: “This three bedroom semi detached residence is positioned in a highly desirable location close to Brooklands Primary School & Brooklands Metrolink.

“Internally this semi detached family home promotes an entrance hallway which leads through to a kitchen and separate lounge diner with sliding patio doors leading to the rear garden.

“To the first floor there are three bedrooms and a family bathroom with separate WC. Externally the property includes a driveway leading to a single detached garage along with a spacious rear garden”.

A member of staff at the estate agent, who answered the phone this morning, said: "We are here to sell houses.

"There is no blood stain on the floor and if you came to see the house you would see there isn't. How do you know that image is showing blood?"

Last year we told how a property bargain hunter was faced with piles of rubbish in his new cheap home.

He grew suspicious after ads for the two-bedroom home only showed snaps of the outside, and he bartered his way to paying £130,000 after not being allowed to inspect the property.

The mess did not stop James forking out for the home, and he is set to spend a week clearing it out on his own, renting a 12-yard skip – which holds up to eight tonnes – for £200. 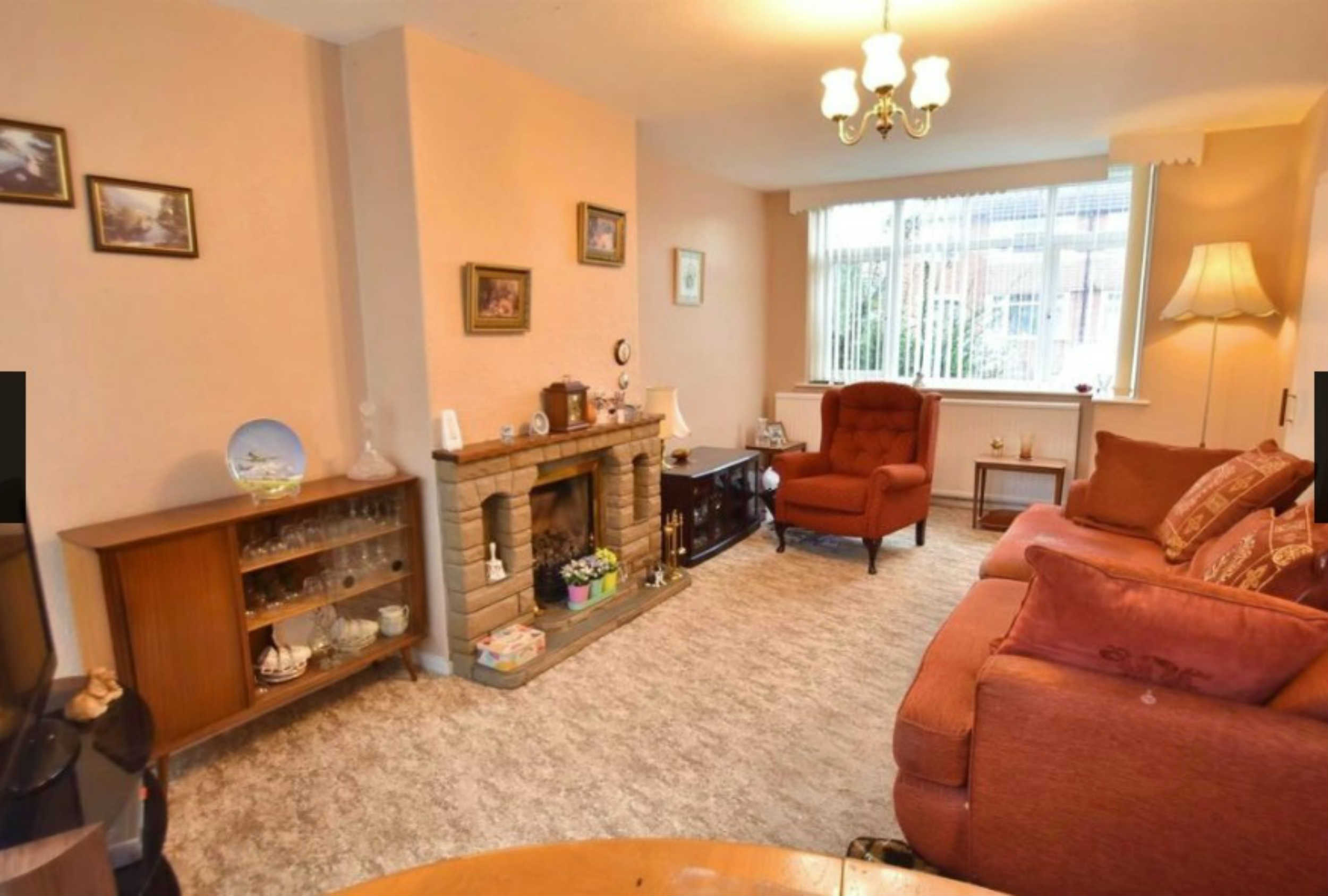 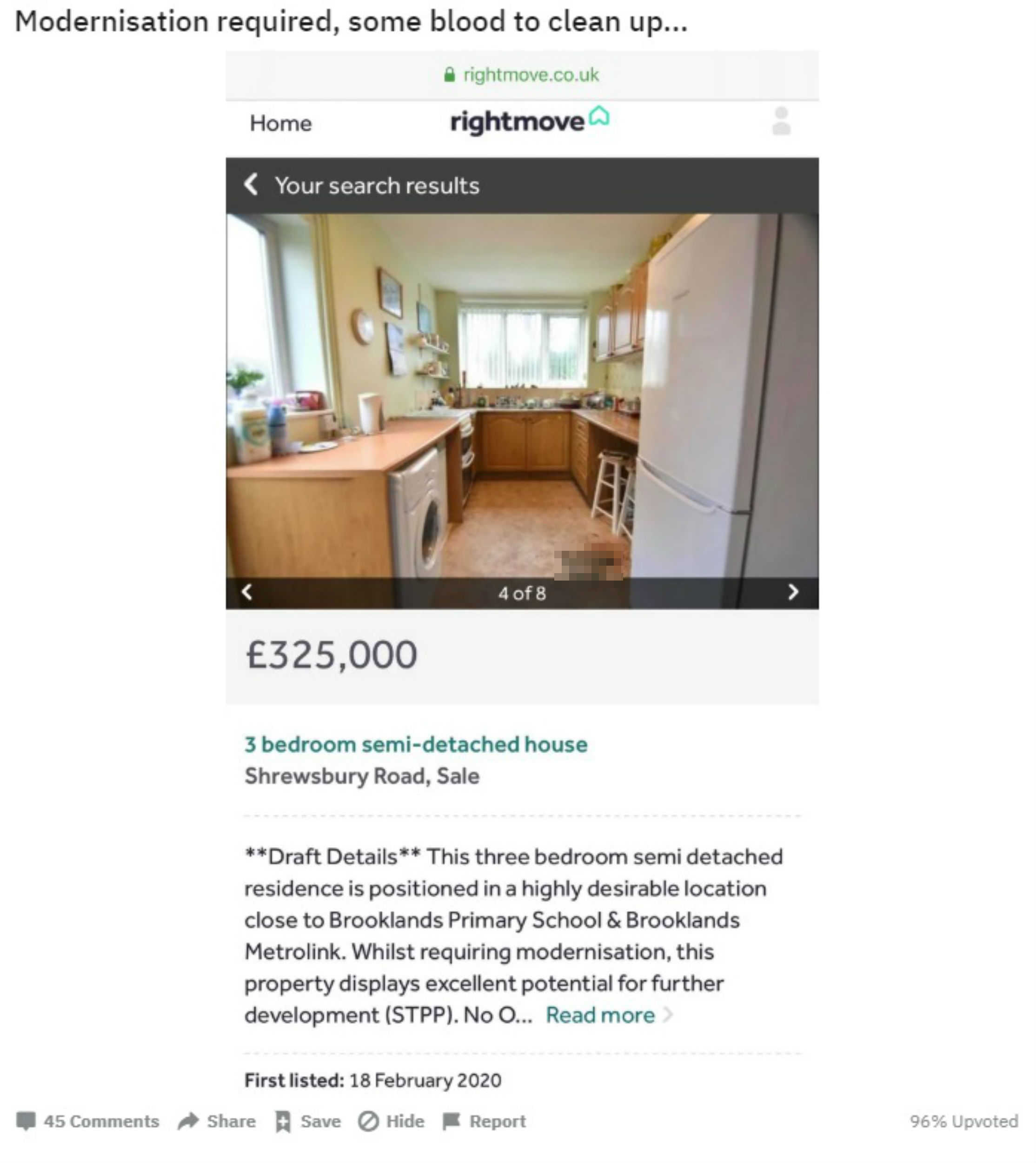 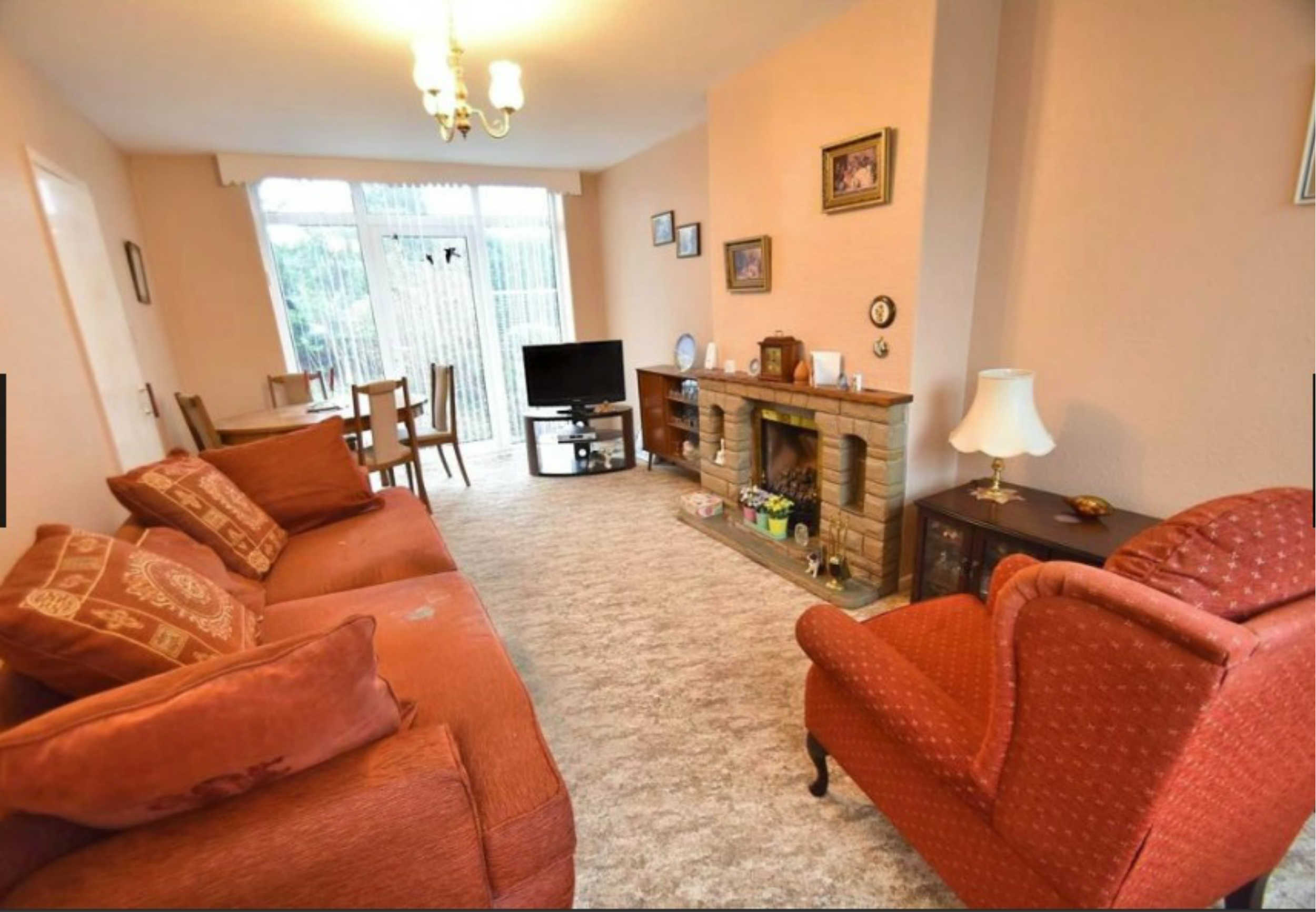 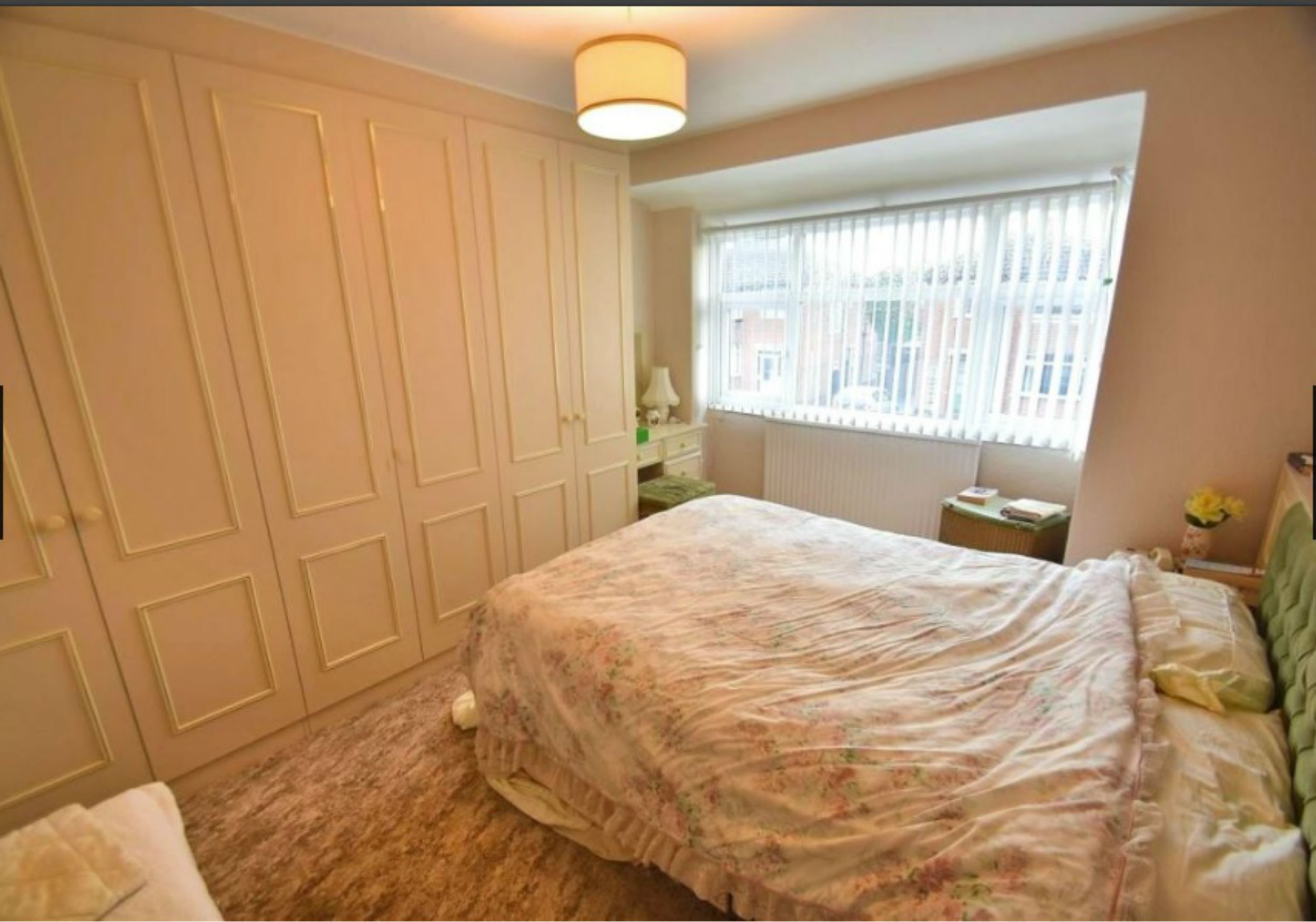 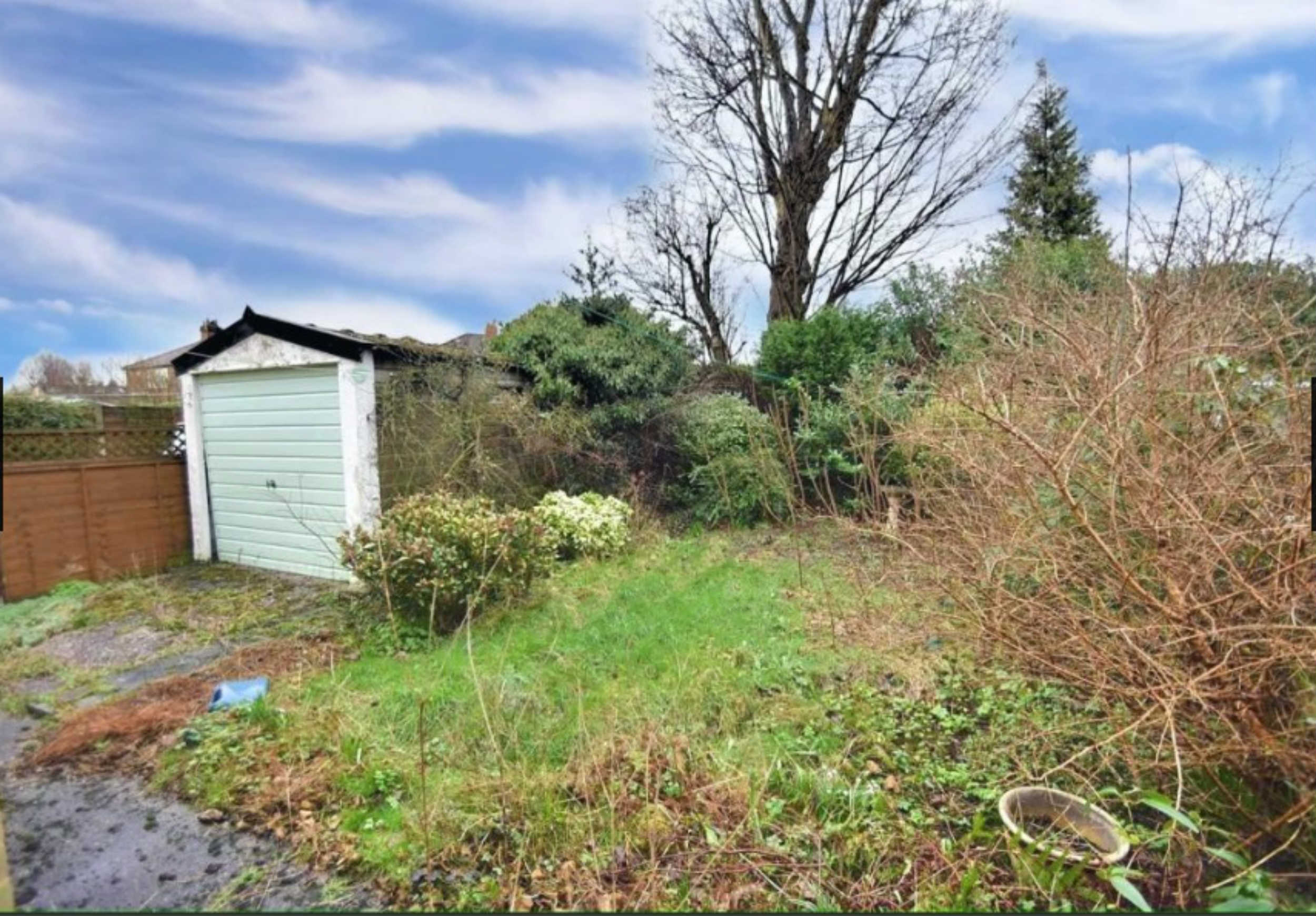 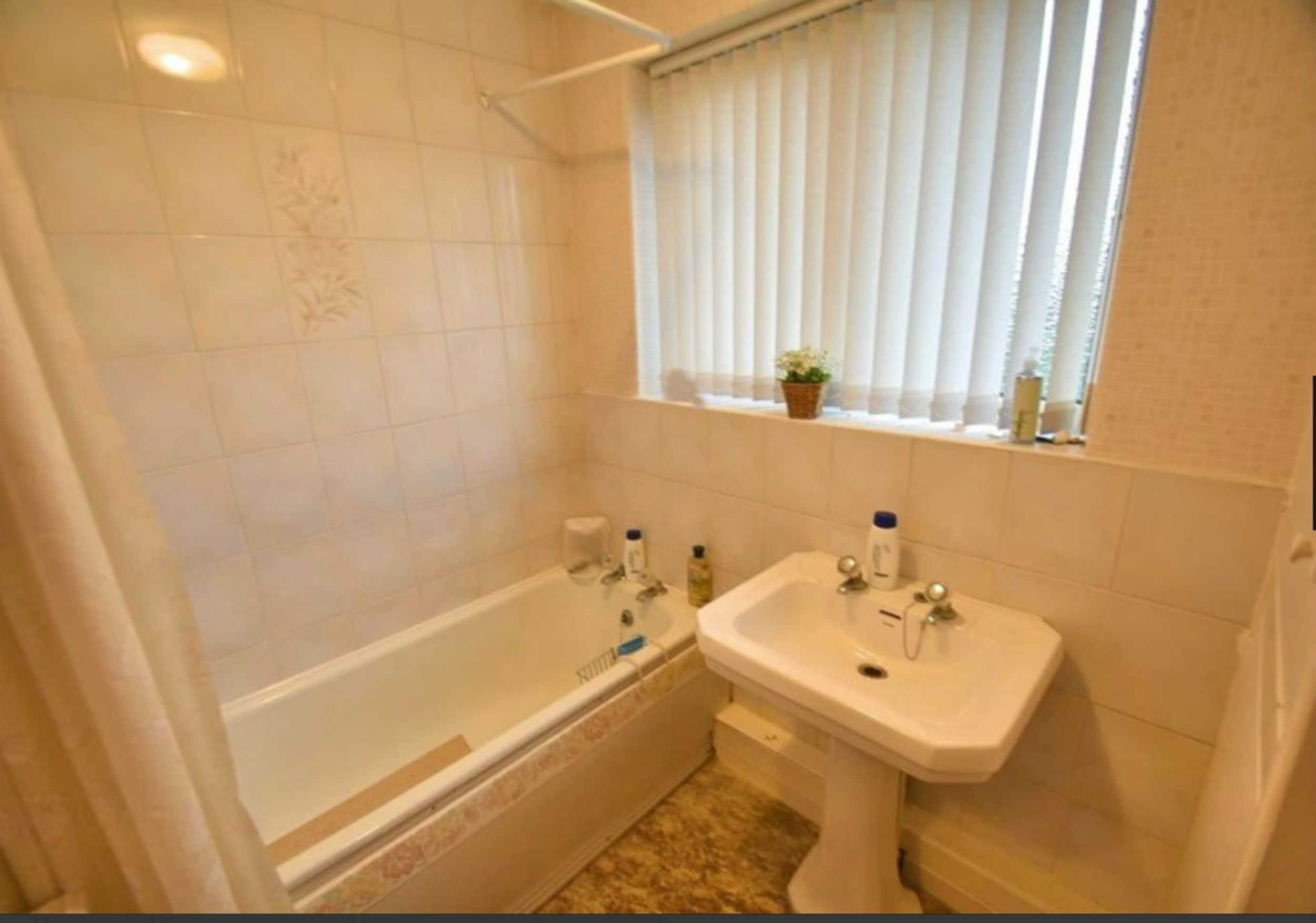 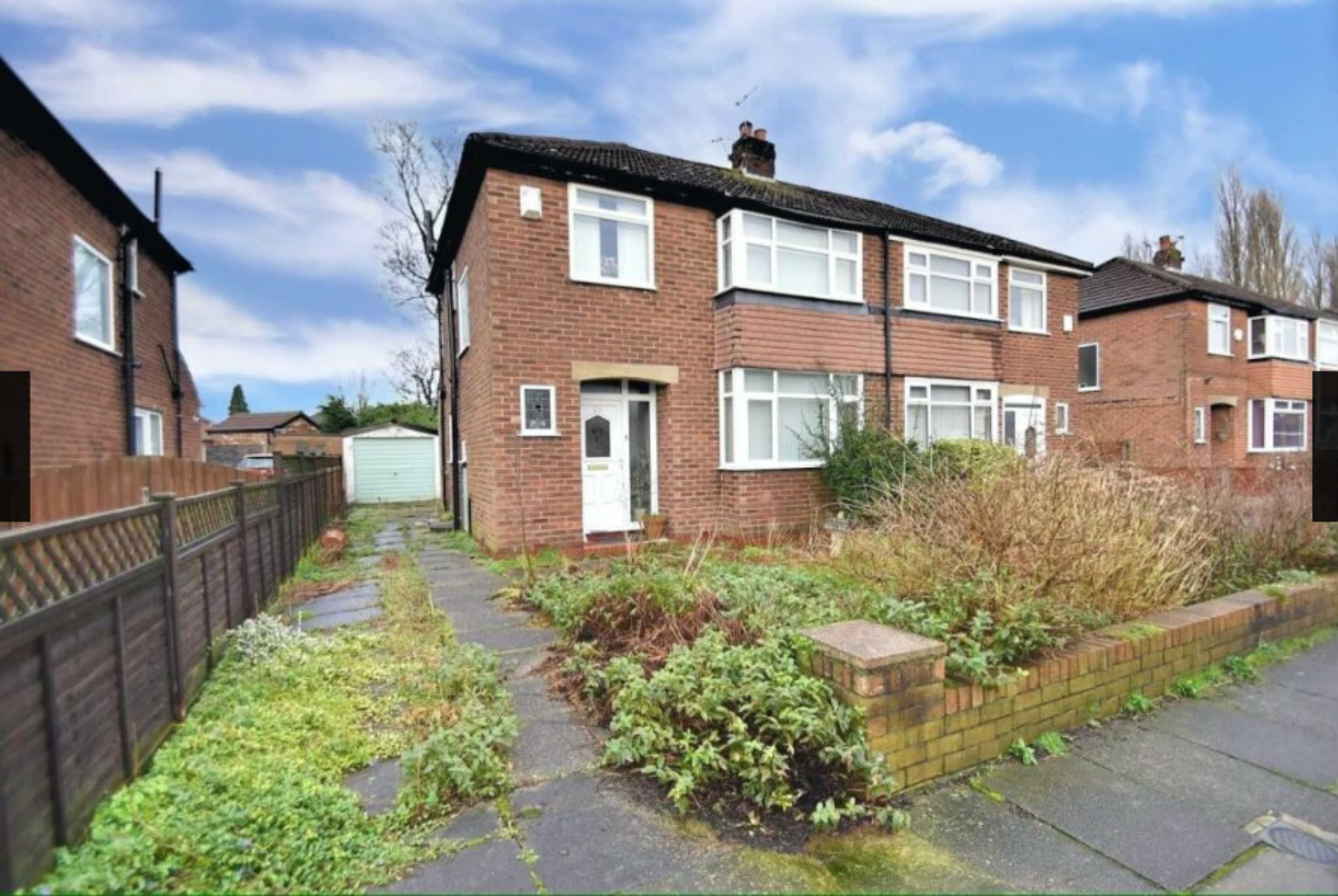