Charlotte Hornets forward Montrezl Harrell is facing a felony drug charge in Kentucky after police said they found three pounds of marijuana in his car during a traffic stop, according to the Charlotte Observer.

Harrell was pulled over by a Kentucky state trooper near Richmond around 10 a.m. on May 12 after he was allegedly following the car in front of him too closely, per the report. The officer said he “observed odor of marijuana” from the car, and Harrell then “admitted to being in possession of marijuana and produced a small amount from his sweatpants.”

Officers then searched the car, which Harrell had rented, and said they found three pounds of marijuana in vacuum sealed bags in a backpack in the back seat.

Harrell was charged with trafficking less than five pounds of marijuana, which is a Class D felony in the state and is punishable by up to five years in prison and a fine of up to $10,000. He was scheduled to be arraigned on Monday morning in Madison County, which sits just south of Lexington.

Harrell is set to become a free agent this summer. He averaged 13.1 points and 6.1 rebounds last season with both the Washington Wizards and the Hornets, where he was traded to in a deal for Vernon Carey Jr. and Ish Smith in February. The Hornets marked his fourth team in three seasons. 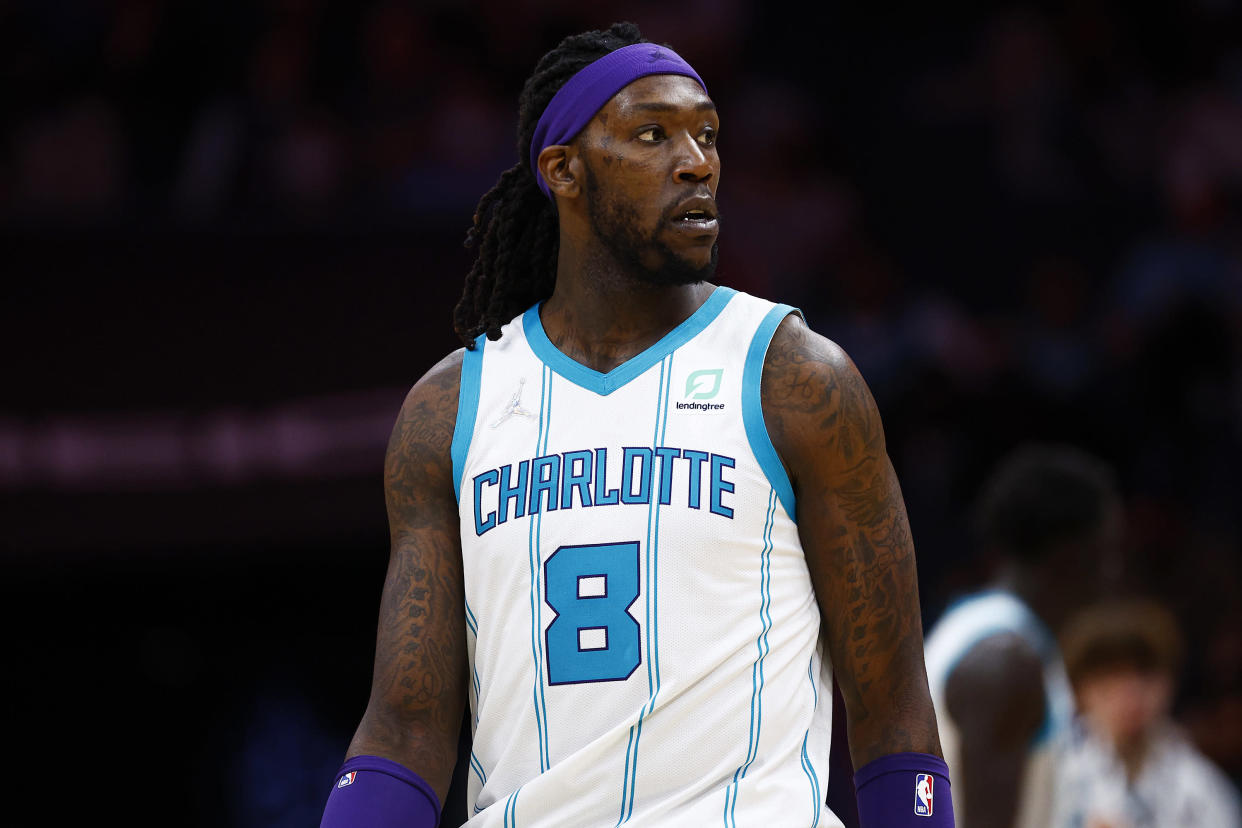