Doorbell camera footage reveals the hilarious moment three women were caught trying to steal an old oven – before being startled by the owner telling them to help themselves.

AJ Blood, 35, rushed to check his doorbell camera after receiving a notification on his phone and was shocked to see three women in his back garden attempting to steal an old oven.

After observing them for a few minutes, AJ startles them by saying through the camera ‘You can have it, don’t worry’.

They quickly put the oven down and escape but bizarrely returned just five minutes later to finish the job. 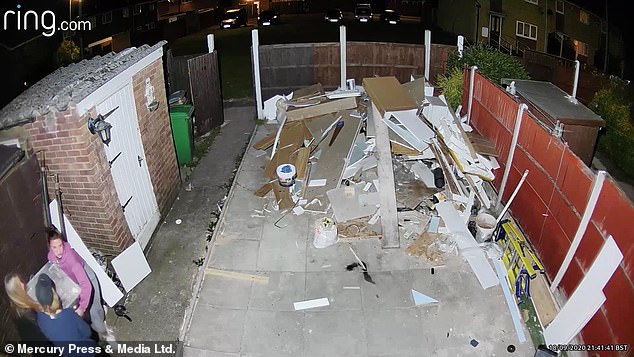 AJ, from Bulwell, Nottingham said: ‘I was lying in bed watching TV and the doorbell camera notification went off on my phone.

‘I saw three people in the garden so I watched them for a bit.

‘I want the oven gone anyway so I said ‘don’t worry, you can have it’ and they scarpered, it was hilarious.

‘They all seem drunk because one of them was in a dressing gown and two of them didn’t have shoes on.

‘They must have been drinking because nobody in their right mind would do something like that.’

Eventually, AJ, an electrician, gave permission for them to take the oven and they thanked him before making off with it. 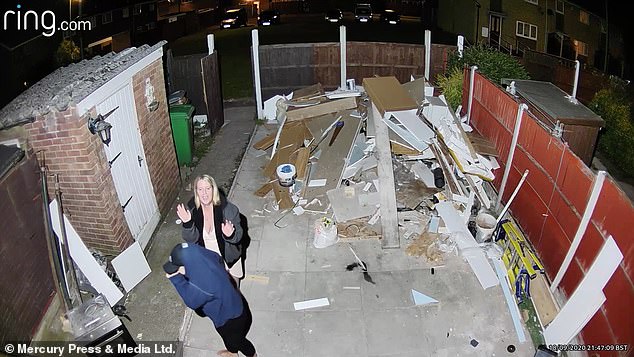 AJ has rented out the house in Nottingham for 11 years and recently moved back in to renovate the property.

He added: ‘I’ve just gone through a big renovation so everything is in the garden.

‘I usually have the camera off because it goes off all the time with everything being in the garden and things flapping around in the wind. 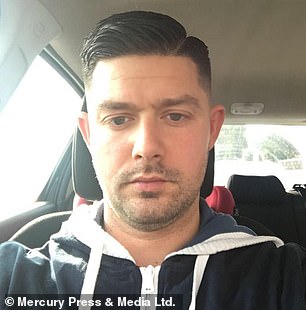 ‘They must live nearby to have known it was there but I’ve only been here for six months while I renovate it so I don’t know all the neighbours.

‘I didn’t realise it was that bad around here

‘If they had knocked on the door and asked they could have had it. It’s been in the garden for three weeks, it’s junk.

‘It wasn’t worth anything. I bought it 11 years ago for around £250 and it had been sat in the garden for three weeks.

‘I wasn’t going to post it online because I didn’t want to embarrass or name and shame anyone but it’s too funny not to post.’