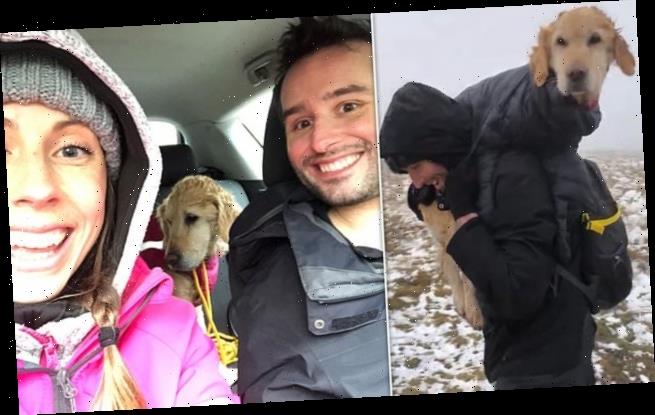 We’ll get you bark home: Heart-warming moment hikers carry freezing dog off snowy mountains where it had been lost for two weeks after chasing after a deer

A pair of hikers came to the rescue after finding a missing dog wandering among the snowy mountains before carrying her back to safety.

The dog, who had been reported missing two weeks earlier, was wrapped up in a coat before Jean carried her ten kilometres on his back to reach level ground. 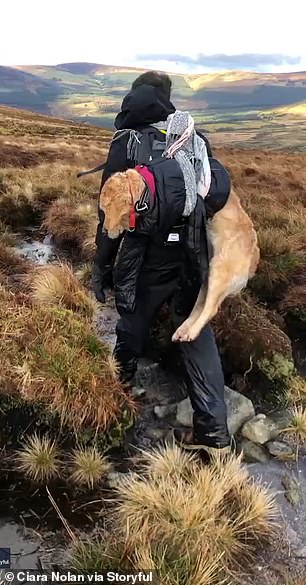 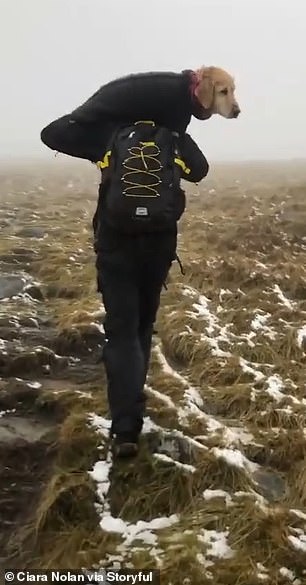 Ciara Nolan and Jean Francois Bonnet found the pooch, an eight-year-old golden retriever named Neesha, near the summit of a peak in the Wicklow Mountains, Ireland, before carrying her back to safety 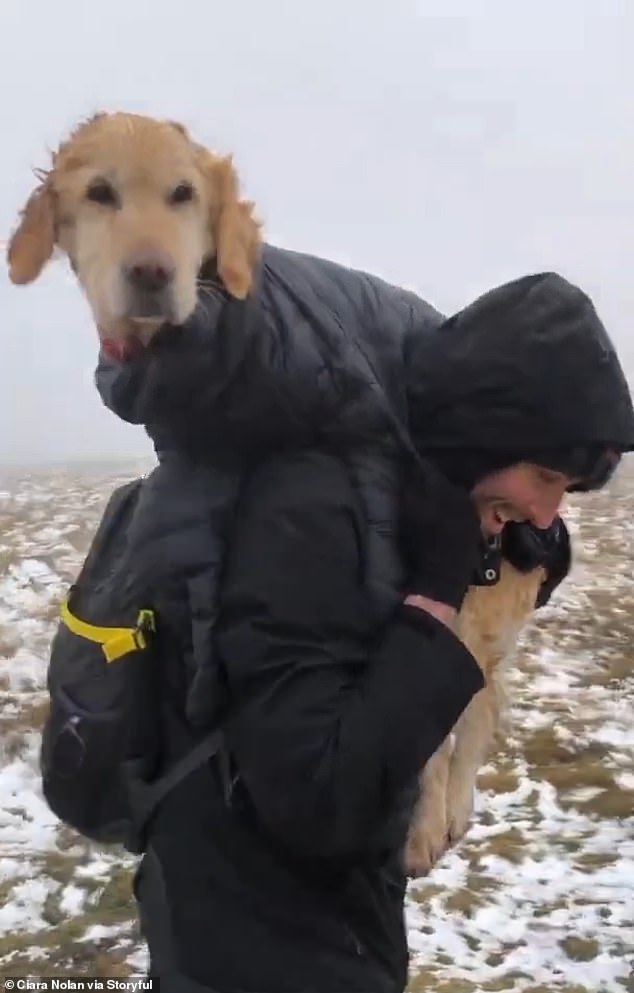 In the clip, recorded on February 6 and posted on TikTok the following day, Neesha can be seen dangling from a harness on Jean’s back as they make their way across the uneven terrain.

Wind buffers the microphone but Ciara can be heard saying: ‘She looks so uncomfortable. She is so cute.’

The clip cuts to another leg of the trio’s journey with Neesha this time placed across Jean’s shoulders as Ciara continues: ‘We are so far away from home. She is so weak, poor little baby.’ 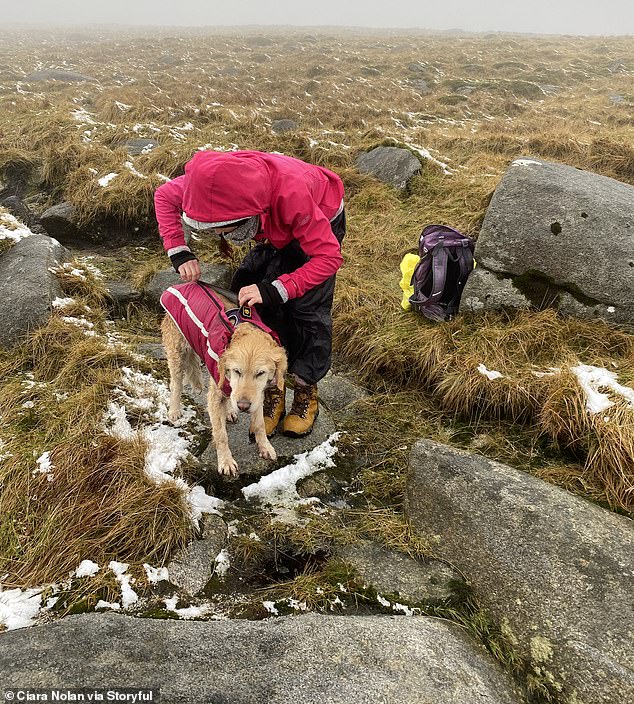 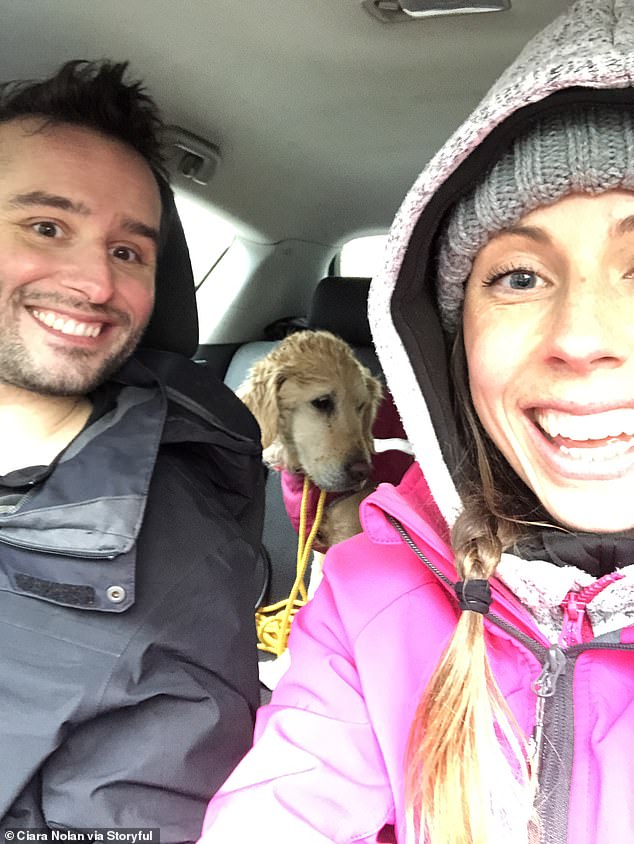 The couple, who are both doctors, eventually managed to get Neesha safely back down to level ground and into their car

The couple, who are both doctors, ensured Neesha was warm and dry before contacting local animal charity Ash Animal Rescue Centre who managed to help find her owners.

A separate clip showed the family during an emotional reunion with their golden retriever as they all huddled around the pooch. 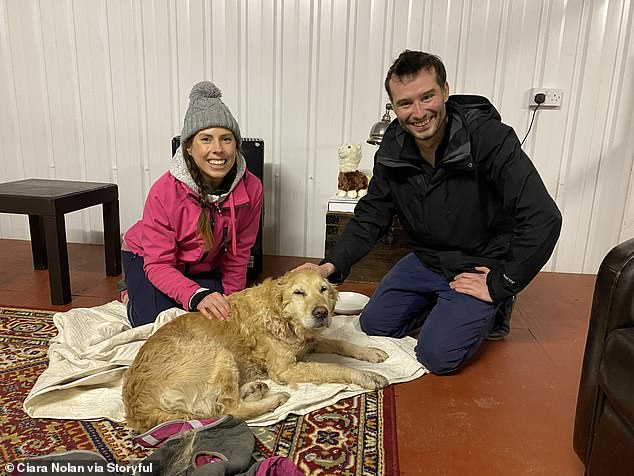 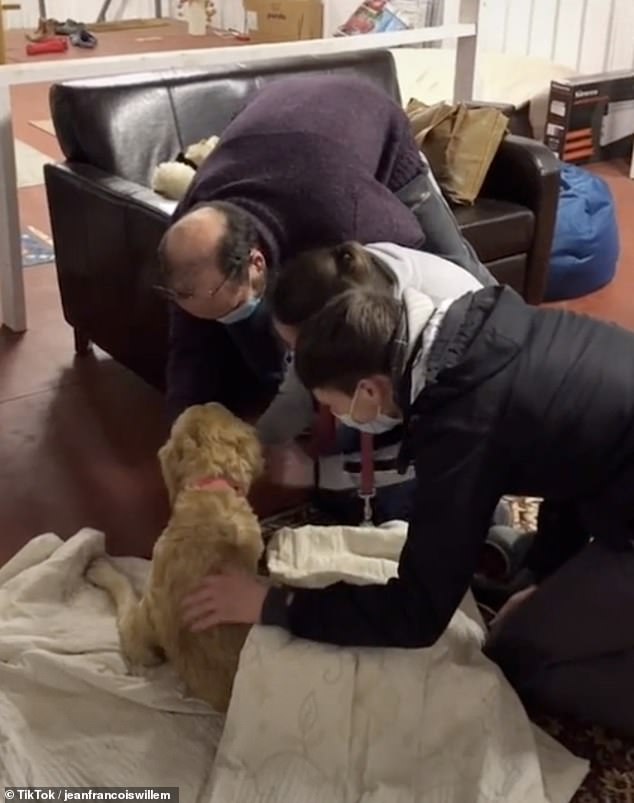 The dog had been walking with its owners and another family pet in the area when it ran off after a deer and failed to return, according to RTE News.

Jean told Storyful: ‘She was near the summit, covered in snow, freezing cold, couldn’t stand or bark, and covered in wounds on her legs.

‘We dressed her in our spare clothes and carried her down the mountain for about 10 kilometers.’