‘High risk’ weather warnings across Spain as snow and high winds are expected to hit the country today, and large waves expected to batter the Balearic islands

High risk weather warnings have been issued by Spain’s meteorology agency, with snow, high winds and waves expected to batter the country.

Frightening winds ripped across Andalusia last night, with meters clocking 80 mile per hour gusts, and similar winds are expected in the Balearic Islands.

The Islands have been warned that the storm will bring huge waves, after their coast received a pounding in October. 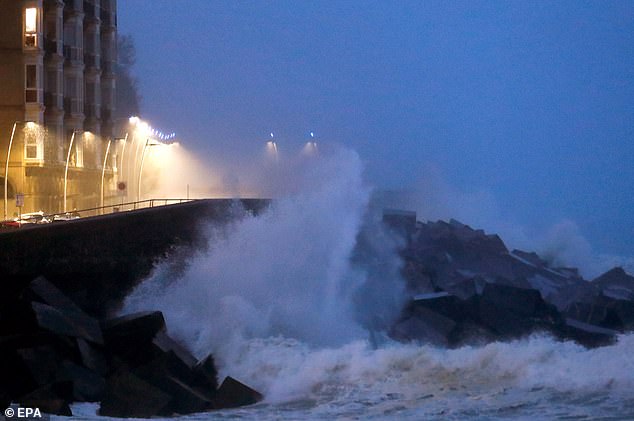 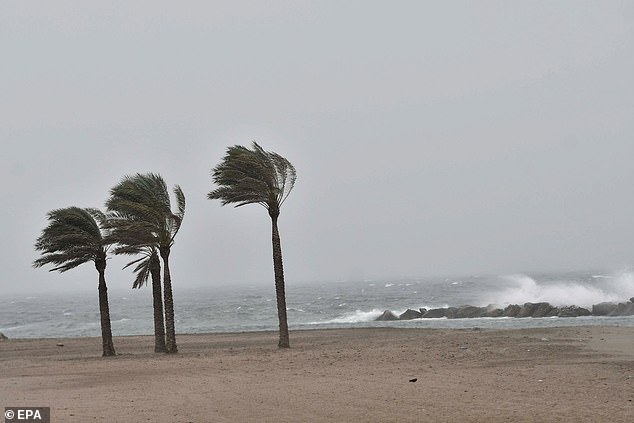 Palm trees bend in the ferocious winds on El Zapillo beach in Almeria, Andalusia in southern Spain on Thursday 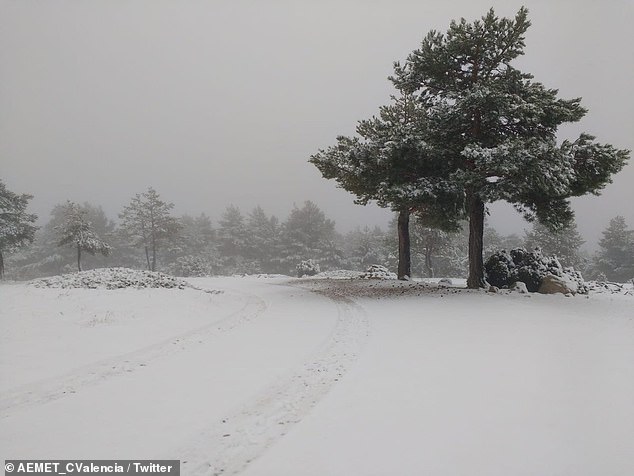 The AEMET put out a picture of snow in San Miguel, Valencia, where four centimetres had fallen yesterday 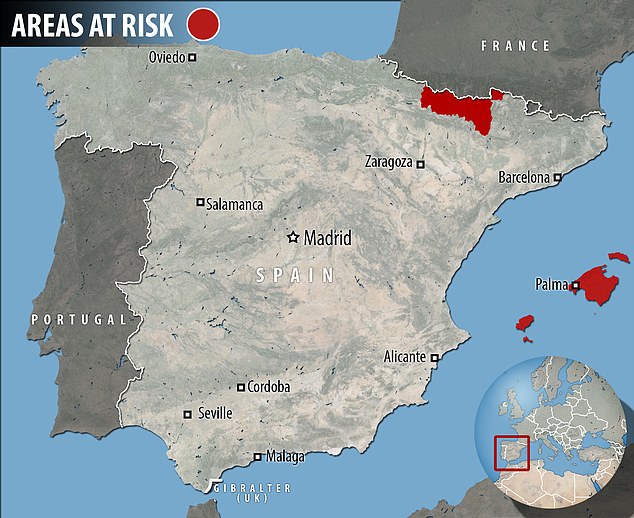 The Spanish meteorological agency put high risk warnings out for the most serious areas in red; including high winds, waves and snow, with many other regions facing moderate warnings as a cold front moves across the country 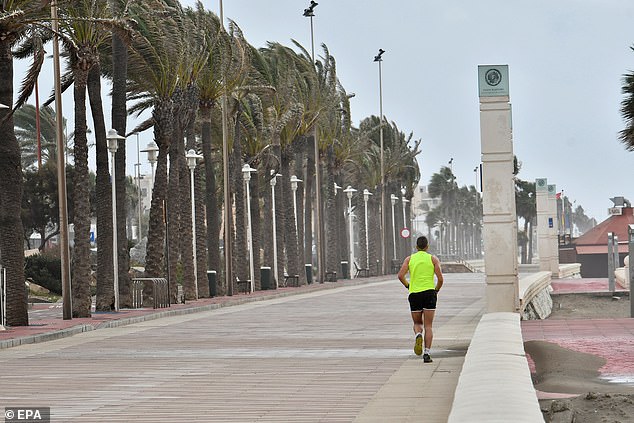 A lone jogger bravely makes his was along El Zapillo beach during strong winds in Almeria, Andalusia, Spain, on Thursday; AEMET predict more rough weather coming in from the sea and have issued warnings

In addition the AEMET put out warnings for snow in northern Aragon and Lleida in Catalonia.

Around four centimetres of snow reportedly fell in San Miguel in Valencia on Thursday.

The northern Atlantic coast including Galicia, Asturias, Cantabria, the Bay of Biscay and the Basque Country is facing yellow warnings for wind.

The alerts come as an extreme weather system pushed through the country earlier this week. 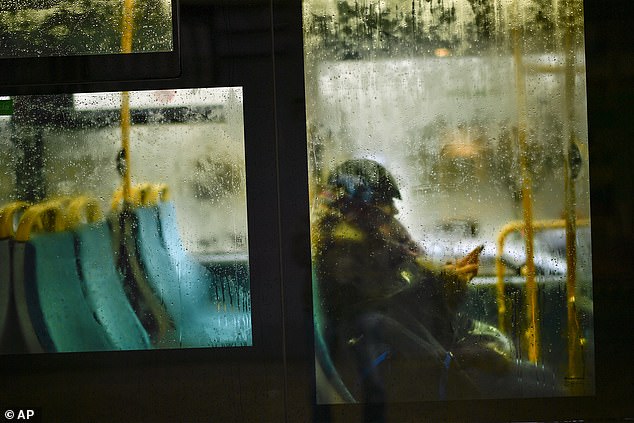 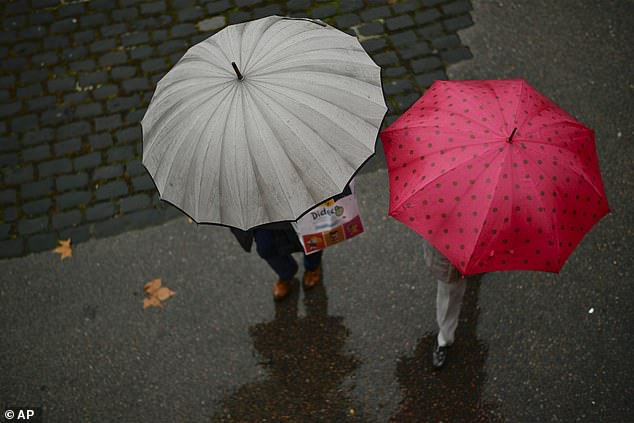 Pedestrians ran for cover and took cover under umbrellas as heavy rains fell in Pamplona, northern Spain on Thursday 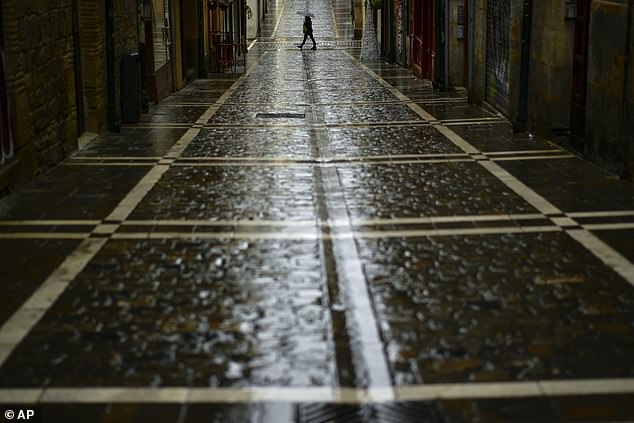 A pedestrian can be seen in the distance with an umbrella and the cobbles are slick with water after heavy winter rains struck on Thursday; more rain is predicted over the weekend

Pedestrians ran for cover as heavy rains struck Pamplona in north eastern Spain with more predicted over the weekend.

Almeira was rocked by winds which swept over beaches and sent waves crashing into the shore.

The Basque Country was also smashed by water which spilled over the sea-wall onto roads Friday morning.