HGV driver sobs as cyclist, 51, who was in coma for six weeks and left with life-changing injuries after his lorry ran him over tells court he bears him no ill feeling 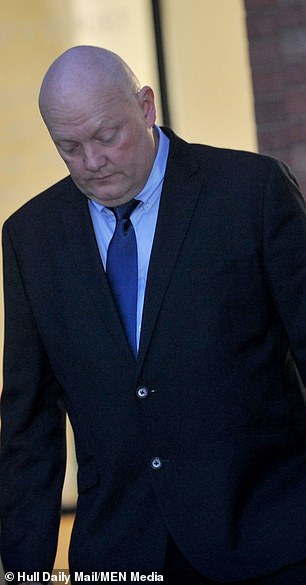 Lorry driver Mark Philpott, 51, wept in court after a cyclist he ran over forgave him and urged him to move on with his life

A lorry driver who left a cyclist in a coma with life-changing injuries wept in court as his victim forgave him and urged him to ‘get on with his life’.

Mr Peach suffered catastrophic injuries including a collapsed lung and broken bones throughout his body.

He was left in hospital for four months, including six weeks in a coma, but has since made a ‘remarkable recovery’.

Mr Peach was invited to give evidence before Judge Mark Bury at the hearing, but before taking the stand prosecutor Charlotte Baines told the court: ‘He [Mr Peach] would like to reach out to Mr Philpott to tell him it is all OK and he should get on with his life as best as possible.’

Philpott, of Shaw, Greater Manchester, became emotional in the dock upon hearing Mr Peach’s remarks and wiped tears from his eyes.

The court heard Philpott was heading for the M62 after making a delivery in Sutton Fields, was switching lanes to turn left onto Ferensway when he collided with Mr Peach, an experienced cyclist who was wearing high visibility clothes and equipment, and had lights on his bike and helmet.

Miss Baines said a witness ‘heard a strange banging noise and saw that there appeared to be some debris in the road, and he realised that was a cycle and an individual in what he described as a crumpled mess’.

Another witness said they saw the lorry ‘suddenly changing lanes’, did not see it indicate, and after observing the aftermath of the crash heard Philpott repeatedly saying: ‘I didn’t see him’. 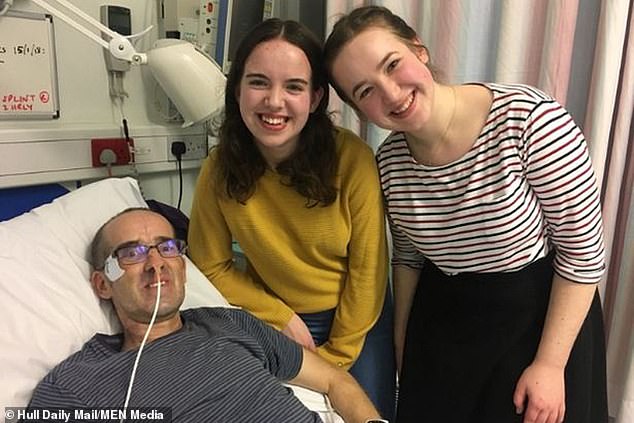 Chris Peach, 51, left, sustained catastrophic injuries in the collision, including a collapsed lung, and was in a coma for six weeks. He has since made a ‘remarkable recovery’ and said he held no ill will against the driver. Mr Peach is pictured in hospital with daughters Naomi, centre, and Mary, right 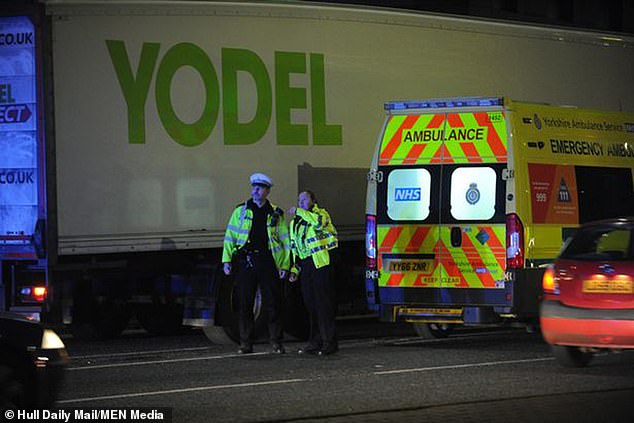 The collision occurred when Philpott changed lanes in his Mercedes HGV and ‘didn’t see’ Mr Peach despite the cyclist wearing hi-vis gear. Pictured is the scene after the crash

Mr Peach, a town planner who had been cycling to and from work for 25 years, said he could remember nothing after going to get on his bicycle at 4pm.

His injuries included fractures to his face, spine, jaw, sternum, ribs, arm, shoulder, elbow and toes, as well as a collapsed lung and kidney failure.

Asked by the judge how it was to be cycling on the same route home again, Mr Peach said: ‘I’m a bit slower than I used to be but it’s fine.

‘A little bit nerve-wracking. I realise accidents happen and you have to be careful, and most of the time when you’re careful you’re OK.’

The judge replied: ‘Nobody’s saying you were not careful on the day in question.’

The judge said: ‘I don’t know whether to regard you as lucky or unlucky.’ 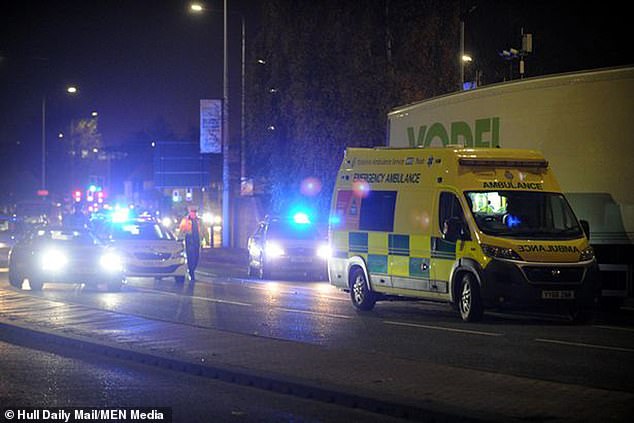 Mr Peach added: ‘I consider myself lucky. There’s plenty of life left even though it might not quite be as I planned it. It’s still left to enjoy.’

Philpott also became emotional when told he would not be losing his licence. He was fined £500 and had six points put on his licence.

The judge told the defendant: ‘Where you are culpable is when you were stationary you failed to appreciate Mr Peach cycling up behind you.