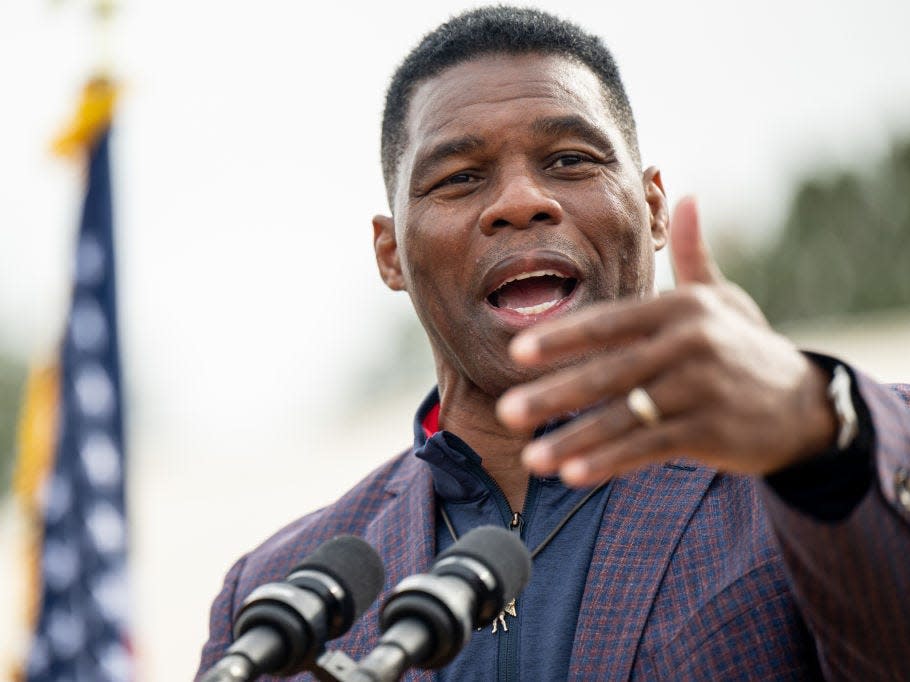 Georgia Senate candidate Herschel Walker had a slip-up on national TV on Tuesday when he appeared to mispronounce the word "election."

"This election is about more than Herschel Walker. This erection is about the people," Walker said during a Tuesday appearance on Fox News. He was being interviewed alongside Sen. Ted Cruz and Sen. Lindsey Graham.

Walker presumably meant to say "election," but messed up his pronunciation of the word while the two senators nodded and looked on.

Walker: This erection is about the people pic.twitter.com/rx9Ju595q3

The snafu resulted in a slew of jokes being cracked at the candidate's expense on Twitter.

Walker, who was endorsed by Trump, is currently in a close race against Democratic Sen. Raphael Warnock. Both candidates are headed to a runoff election for the Senate in December.

This is not the first occasion where Walker has made confusing public statements. This month, he went off-topic during a campaign speech and ranted about werewolves and vampires.

"I don't know if you know, but vampires are some cool people, are they not?" Walker said. "But let me tell you something that I found out: A werewolf can kill a vampire. Did you know that? I never knew that."

A representative for Walker did not immediately respond to Insider's request for comment.