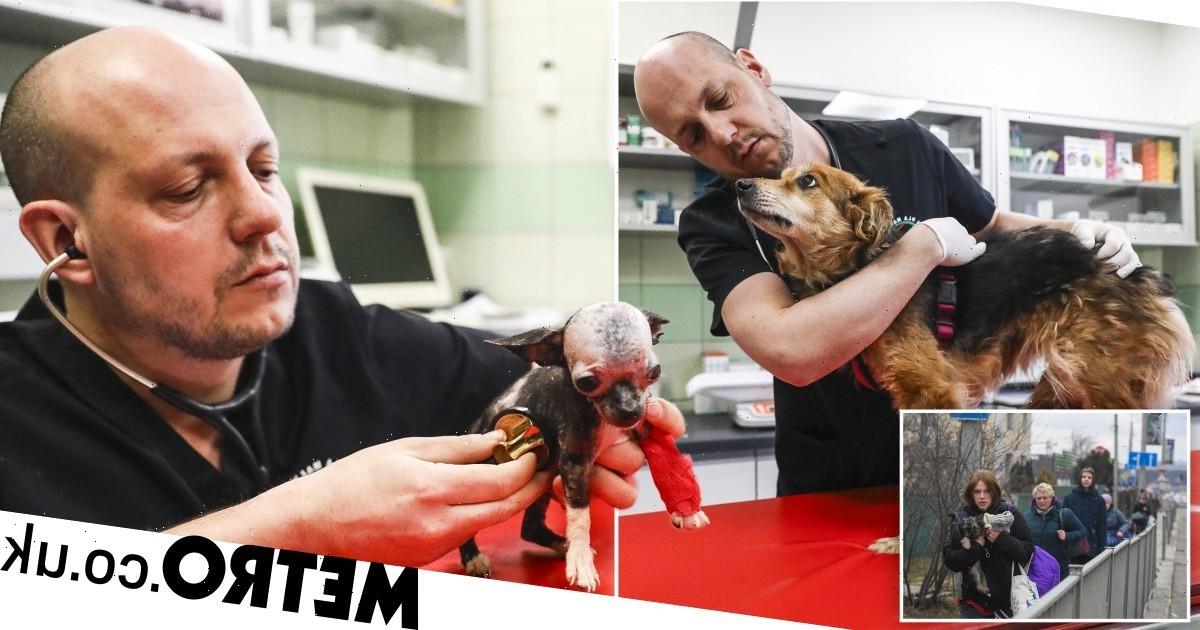 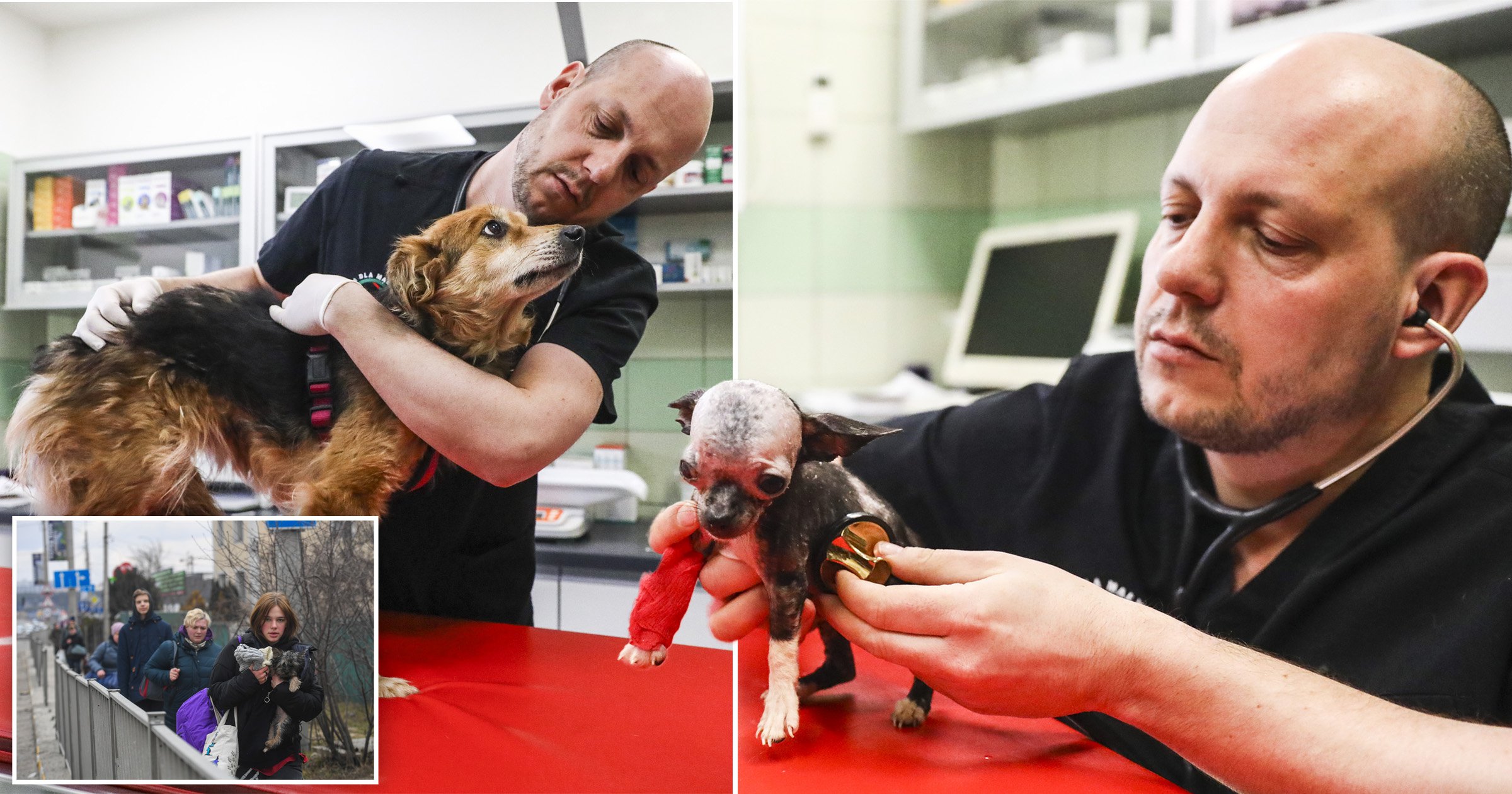 Polish vets are risking their lives to rescue sick and hungry animals ‘with broken limbs’ in Ukraine.

One of them is Konrad Kuzminski who has saved dozens of cats, dogs, hamsters, rabbits and even a chameleon amid constant Russian shelling.

His animal charity, Dioz, has been inundated with calls about injured pets ever since Russia invaded nearly two weeks ago.

Driving a converted ambulance, he crosses the border every day to help those stranded in the country.

‘There has been a lot of fake news and uncorroborated stories that Ukrainians are killing abandoned animals, that is just not correct,’ the charity CEO told the Daily Mail.

‘We have been involved in many rescue missions in over there, rescuing animals that we have been told about or who have been taken to shelters.

‘A lot of them are in a bad way, they are sick, hungry or suffering from broken limbs we collect every animal we find and bring them back to our shelter to be looked after.’

Last week, he received a call from a man in Ukraine, who was heading towards the frontline to fight but did not want to abandon his dog.

Mr Kusminsky said: ‘We arranged to meet just over the border, and he was in tears as he handed his dog over to me but I said we would look after him and he could collect him when all this was over.’

Dr Radoslaw Fedaczynski, a vet and owner of the Ada Foundation, is also working round the clock to save the pets.

Heartbreaking photos from his clinic show him bandaging the front two legs of a white baby goat that lost its home.

Another shows the 42-year-old vet trying to save a malnourished dog called Miron who was rushed over the border.

Dr Fedaczynski said: ‘I don’t think we will be able to save him and sadly he may have to be put down.

‘It’s very distressing for all of us working with the animals. We want to help them but, in this case, we have no choice.

‘Some of the dogs and animals we get are so weak and undernourished there is nothing we can do for them, it’s very distressing.’

Animals that are successfully treated are put up for adoption but some owners have asked for their pets to be kept safe until the war is over.