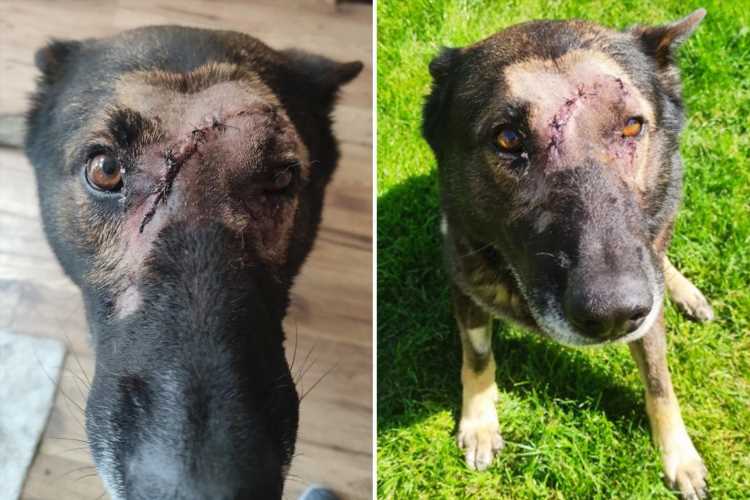 A POLICE dog was stabbed FIVE times in the head as he chased and tackled a knifeman who broke a cop's wrist.

Hero Alsation Kaiser is "lucky to be alive" after being repeatedly knifed by the intruder who was spotted hiding in the garden of a south London home. 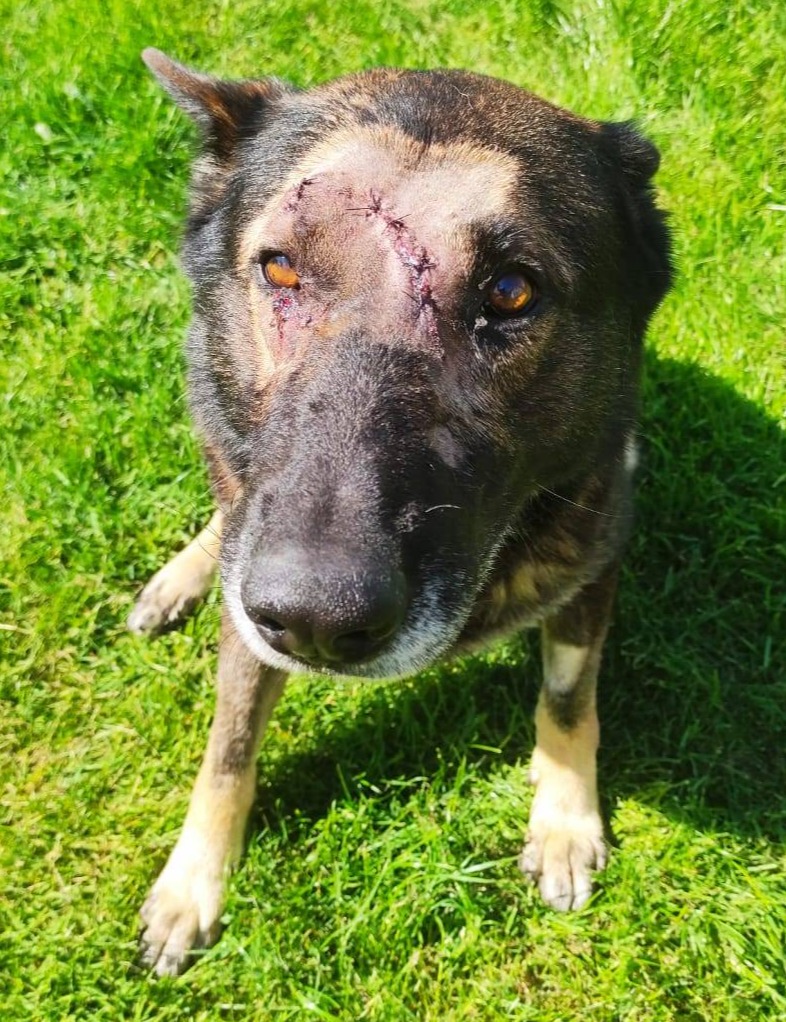 Kaiser – along with his handler PC Mark Woolcott – hunted down the 43-year-old man at around 11pm on Bank Holiday Sunday.

As the hero pup tried to pin down the intruder, he was brutally stabbed five times on the top of his head with a knife knife, and once below his eye.

He managed to hold his attacker down long enough for cops to arrest the man – caught with a large kitchen knife and golf club – that he had used to smash a car window.

In the struggle another officer was also left with a broken wrist and could be off work for a month. 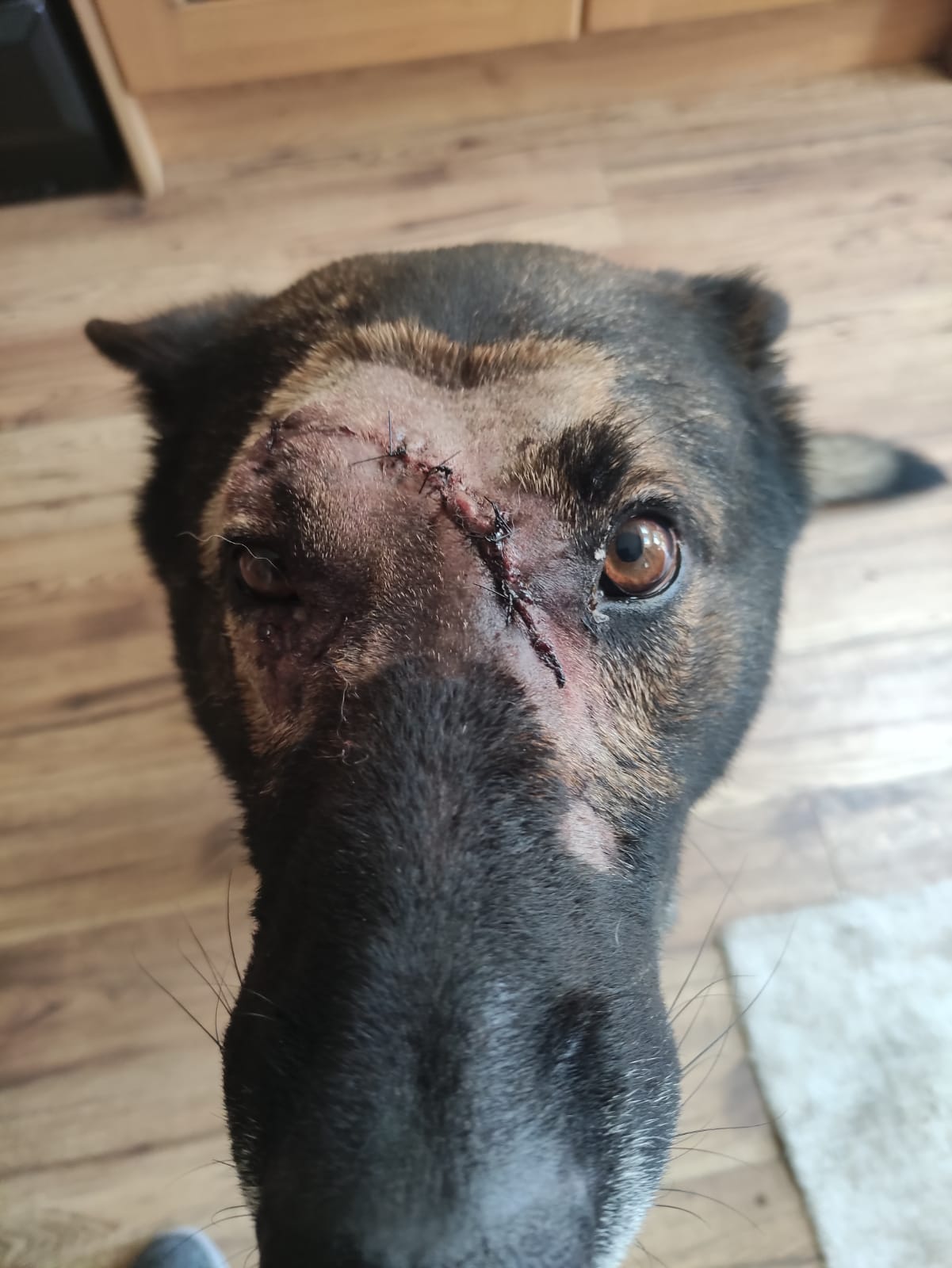 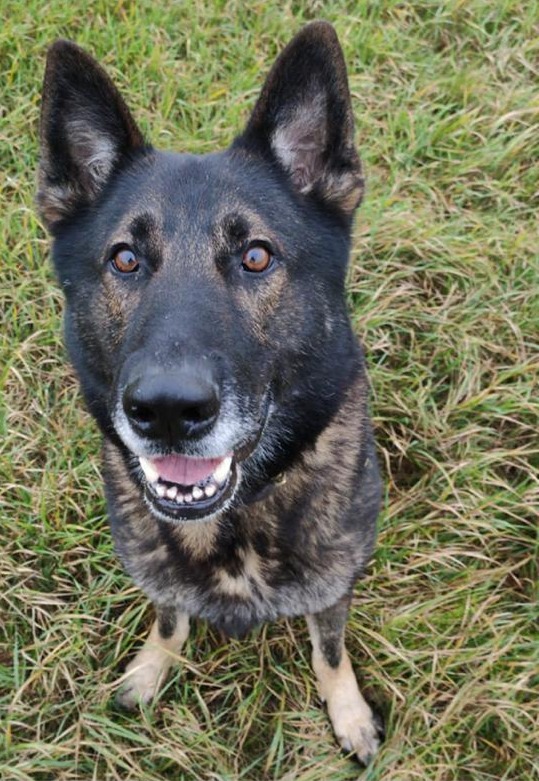 Fortunately Kaiser’s attacker only struck bone on the top of the dog’s head, and after being rushed to the hospital the hero Alsation was left with no lasting injuries.

The man responsible for the attack suffers from severe mental health issues, and is now receiving treatment, cops say.

Supt Emma Richards, said: “I want to pay tribute to Kaiser and PC Woolcott for the immense bravery they showed in tackling this armed man. Kaiser was stabbed multiple times in the head and is lucky to be alive.

“My thoughts are also with the officer who sustained a broken wrist. I wish him a speedy recovery and hope to see him back on duty as soon as he is able.

“We should recognise that the man responsible for this attack was suffering from a mental health crisis. He is getting the care he needs now and a decision will be taken in due course as to whether it would be appropriate for any criminal charges to follow.

“The events of Sunday night are a reminder of the risks that our men, women and animals face on the frontline.

“We ask them to go towards danger and uncertainty on a daily basis in order to keep the public safe and I am proud that they do so with such commitment and bravery each and every time."