A HERO supermarket worker took on a vicious pitbull barefoot as it mauled a six-year-old boy.

Brave Artan Mahmood, 29, rushed to save little Arjun Grewal as the beast savaged his face, head, back, and stomach. 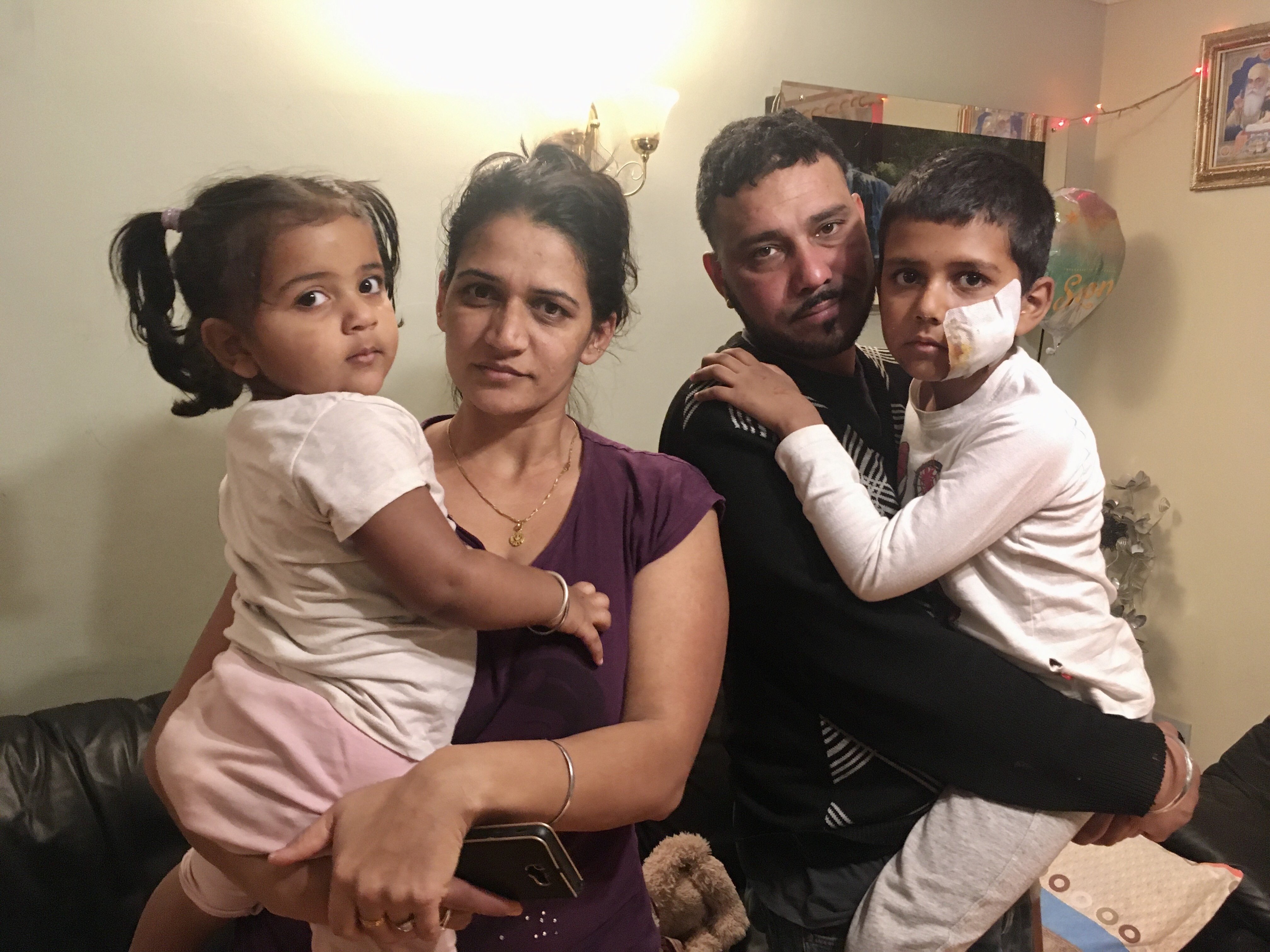 Arjun was walking home from school with mum Sandeep and his little sister when the dog pounced on Ilchester Road in Dagenham.

Supermarket worker Artan was alerted to the drama when his wife Manthura started banging on the front window.

The dad-of-four said: "I just ran out. I was in my Tesco uniform and didn’t even have my shoes on. I managed to scoop the boy up and ran towards my door but the dog kept coming.

"It was fixated on that boy and wanted to kill him. There was so much blood, I thought for a minute he was going to die."

SAVAGED IN THE STREET

The dog then chased the pair down before clamping its jaws on his cheek.

Another neighbour tosseed Artan a shovel, which he used to fend the dog off before the pair shut themselves in a house.

Paying tribute to his son's rescuer, Arjun's dad Harpal said: "He is only alive because our hero stepped in.

"We cannot thank our hero enough. Our son would probably be dead if this man had not risked his own life to save him.

"Arjun has been scarred for life and it will take him a long time to recover… But we know it could have been much, much worse."

Scotland Yard today confirmed it had been examined and declared “a pitbull-type dog”, a breed banned under the Dangerous Dogs Act, and will be destroyed.

Artan added: "Anyone would have done what I did. I couldn’t accept gifts, it’s enough to know I helped that family."