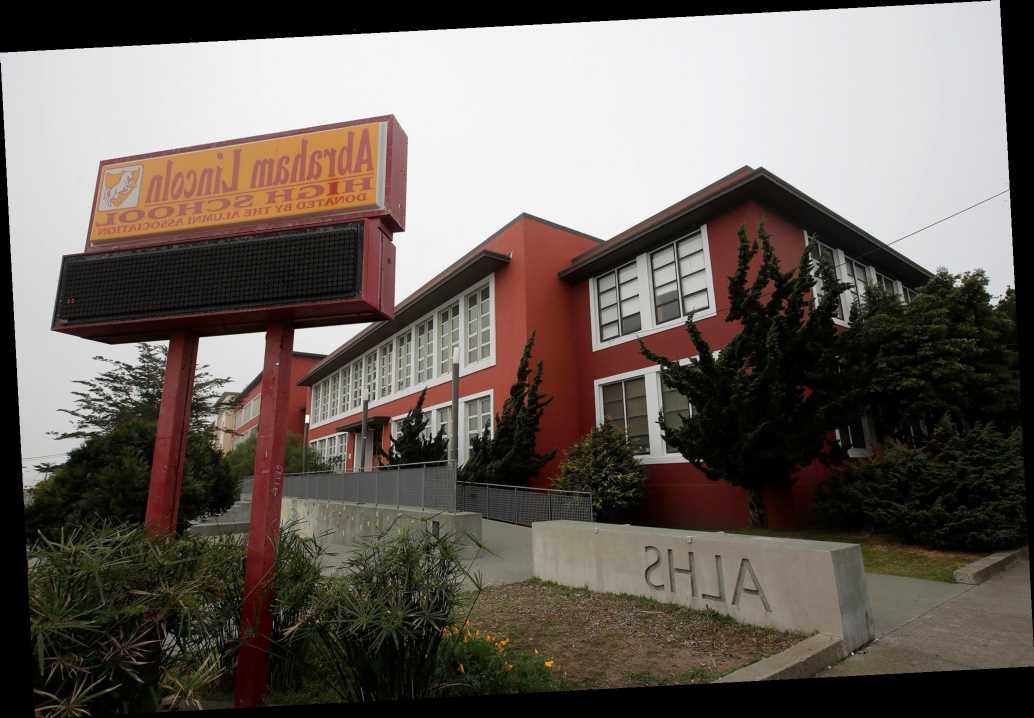 A reckoning for teachers unions and other commentary

Biden signals unilateralism and other commentary

How the media earn distrust and other commentary

How media monetized polarization and other commentary

Conservative: Hero-less City by the Bay

“The intellectual wasteland that is public administration in San Francisco will begin a mass erasure of historical figures,” sighs The Wall Street Journal’s James Freeman. The purge hits 44 schools named for presidents, authors and even a US senator, Dianne Feinstein, following what critics call a “slapdash” process in which reviewers didn’t even know whether Roosevelt Middle School was named for Theodore or Franklin. Parents slammed the focus on symbolism, rather than on students struggling during the pandemic, especially those of color. Yet one board member took the effort even further, urging that schools not be named after any people at all, to avoid making “heroes out of mortal folks.” Which suggests, snarks Freeman, “a new marketing slogan for the city by the bay: San Francisco — the city without heroes.”

African American voters paved President Biden’s path to the Oval ­Office, notes Joel Kotkin at The American Mind, but will this “translate to a better life for most minorities?” Don’t bet on it. The new commander in chief’s “commitment to healing the ‘sting of systemic racism’ and repudiating ‘white supremacy’ will certainly benefit the elite ­minorities — actors, lawyers, professors, media figures, corporate apparatchiks, non-profit functionaries — whose careers will be super-charged by demands that people be appointed to high office by race.” Yet “corporate mea culpas” won’t improve working-class blacks’ and Hispanics’ material conditions, compared with the Trump years, which saw these groups’ wages and employment rates soar to historic highs — not to mention the fact that they do better in “deep red states and ­regions than in the more ‘enlightened’ blue regions.”

Originally called to secure the Capitol from attackers, observes The Federalist’s Christopher Bedford, “thousands” of National Guardsmen could now remain in DC “indefinitely.” And if this seems “theatrical and excessive, it’s because it is.” Fact is, “it’s about politics”: The same politicians who claimed Antifa violence was a “myth” now insist they need a full division of troops to defend against “a rebel army” that doesn’t ­exist. The Jan. 6 “riots were an ugly, deadly and tragic but ultimately isolated incident, spurred on by liberal toleration of political violence, Trump’s refusal to accept the loss and corporate media’s open scorn of half the country and their legitimate election concerns.” Democrats ­intentionally ordered the militarization of Washington to spread fear to make their point. Call it an “undertaking in panic porn.”

In a newly republished speech from decades ago, the Rev. Martin Luther King Jr. decries anti-Semitism and the persecution of Jews behind the Iron Curtain, reports Jake Wallis Simmons at Spectator USA. Yet today’s Black Lives activists “lump Jews together with the forces of oppression,” ­often mounting overtly anti-Jewish attacks. What explains the shift in the intervening half century? “The answer may lie in the figure of Malcolm X.” The black radical, rediscovered by BLM hard-liners, assailed “what he called ‘Zionist-Dollarism,’ deplored Israel and cast Jews as a race of white oppressors.” Malcolm deserves to be celebrated for “enhancing black pride,” but “history has told us that if you want to know a person’s truest ­nature, examine his attitude ­toward Jews.” By that measure, he comes up far short.

With Alexei Navalny’s arrest and mass protests in support of the Russian dissident, President Biden has a chance to rally “the free world to ­finally stand up” to dictator Vladmir Putin, argues Garry Kasparov at USA Today. Biden’s team has “distinguished itself from the Trump administration with strong language to Russia,” but “Putin is an aggressive cancer ­requiring decisive intervention.” Biden needs to order sanctions against those recently named by Navalny’s team, “if the West is finally going to get serious about stopping Putin before his next invasion, his next cyberattack and his next assassination attempt.” Democrats spent “four years bashing Trump’s strange devotion to Putin. Now it’s time to put Putin’s money where their mouths are.”