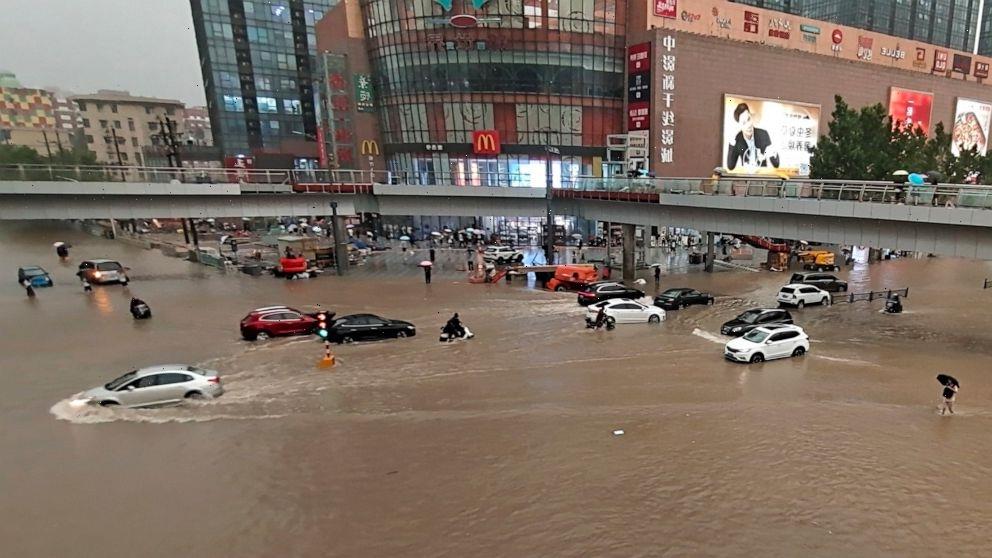 Just to the north, the famed Shaolin Temple known for its Buddhist monks’ mastery of martial arts was badly hit.

There was no immediate word on possible deaths or injuries Tuesday, but videos posted online showed entire neighborhoods covered in water at least a meter (yard) deep and vehicles floating in the muddy mire.

More than 10,000 residents of Henan province were moved to shelters, the official Xinhua News Agency reported. The province, home to the Shaolin Temple and many other cultural sites, is one of China’s most populous and a major base for both industry and agriculture.

China experiences regular flooding during the summer months, but the growth of cities and conversion of farmland into subdivisions has raised the costs of such events.