HMS Queen Elizabeth, the jewel of Britain's naval war fleet, arrived in Portsmouth today after a four-month deployment in America. 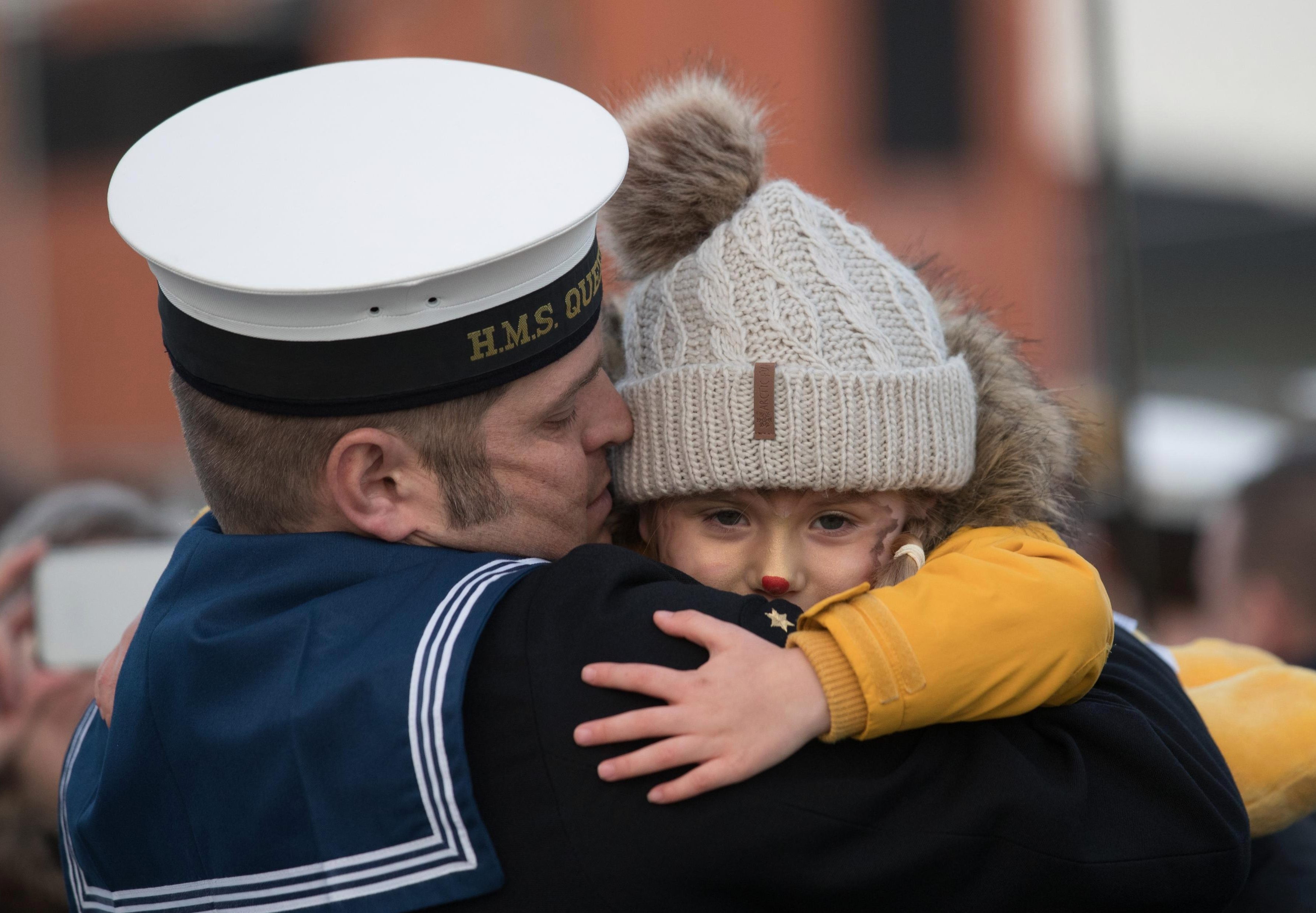 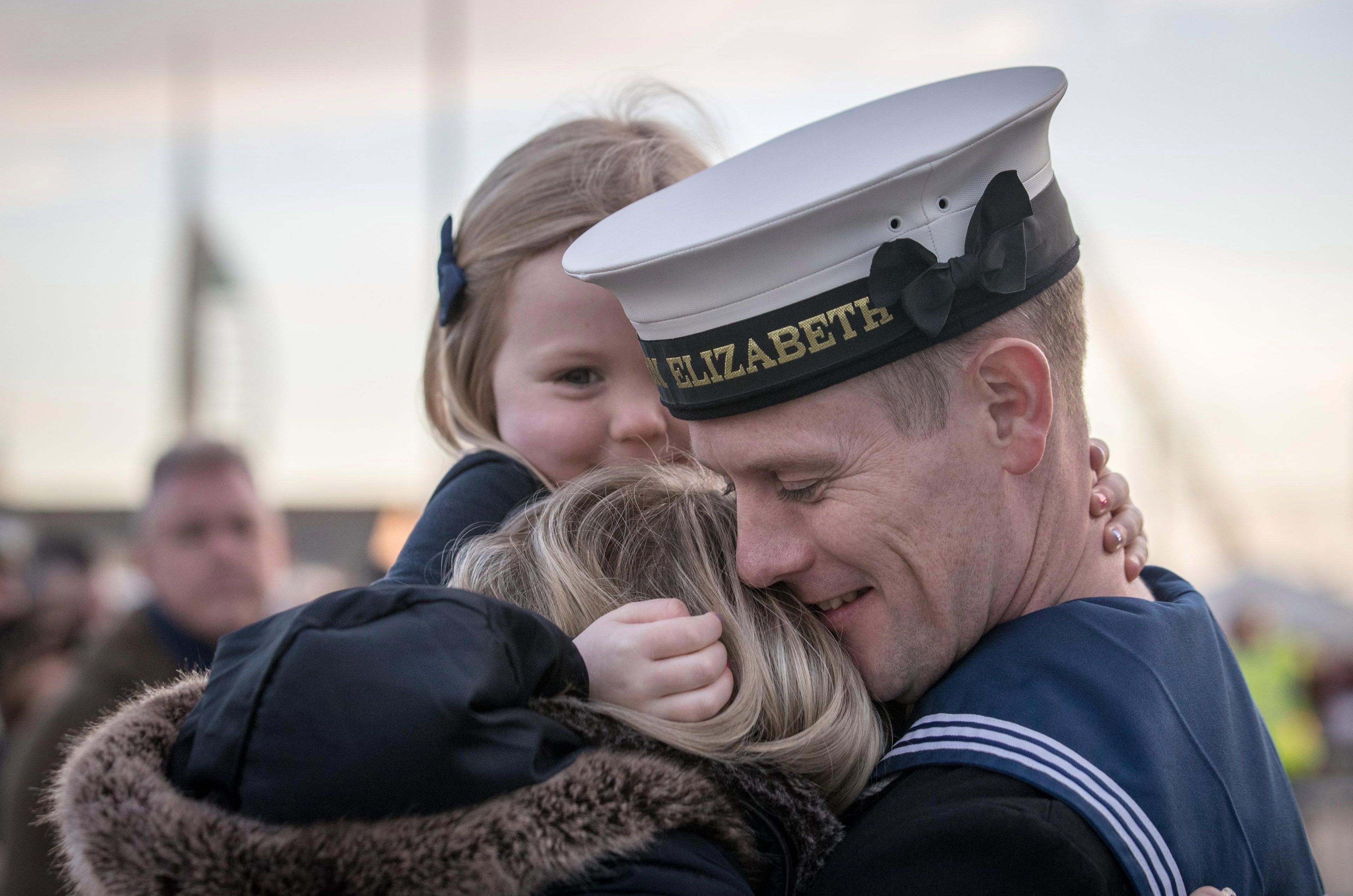 Families waving British flags watched in excitement as the 65,000 tonne vessel carrying  1,500 crew made up of men and women from the Navy, Royal Marines and Royal Air Force.

Within moments of the men touching dry land, children and partners who had been without their loved ones for months on end rushed to see their heroes. 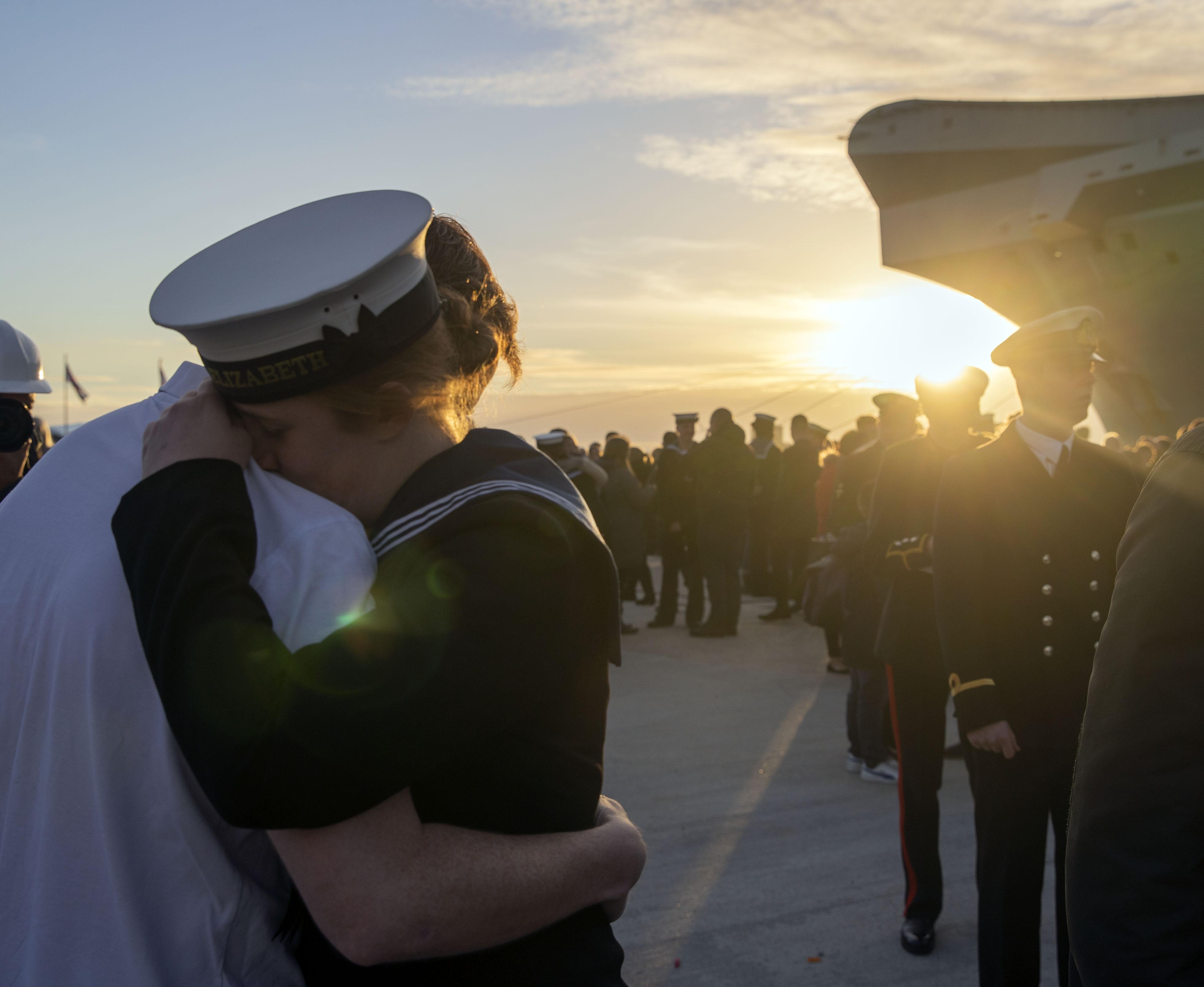 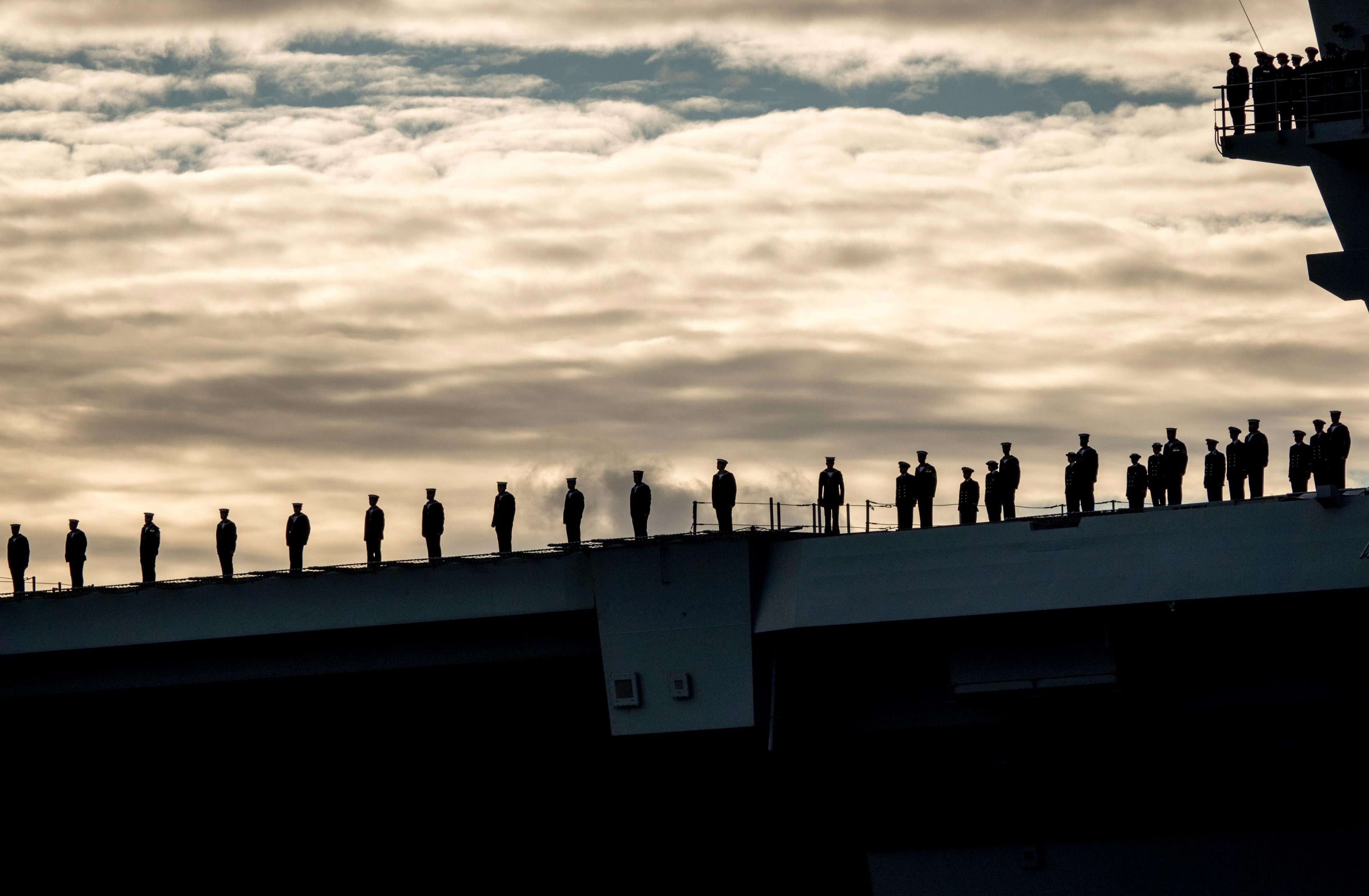 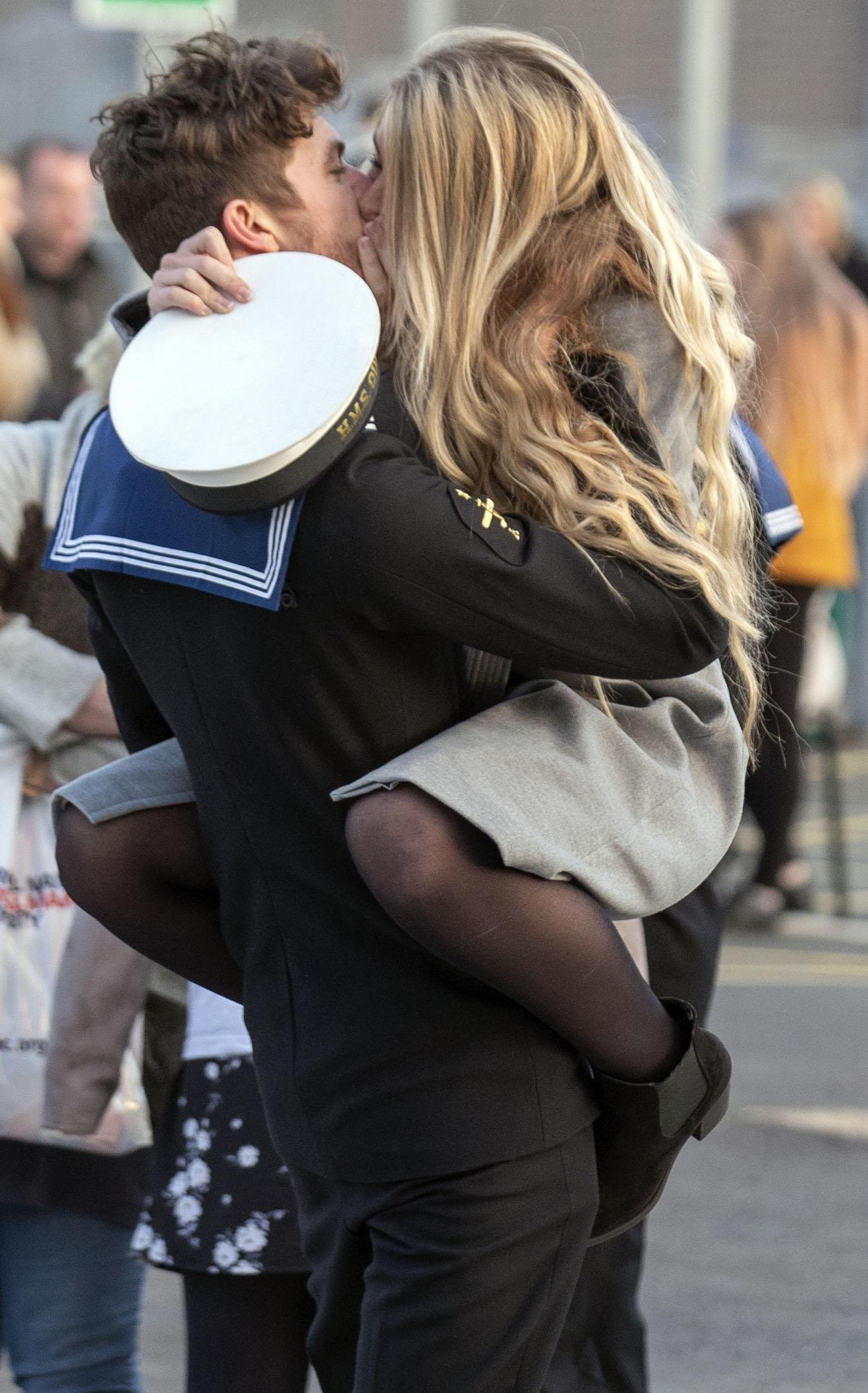 Holding banners with "welcome home Daddy" and balloons, families waiting in the Solent were soon reunited in an emotional and loving scene.

Nicknamed "Big Lizzie" due to her staggering size, HMS Queen Elizabeth is the size of three football pitches and cost £3billion to build. 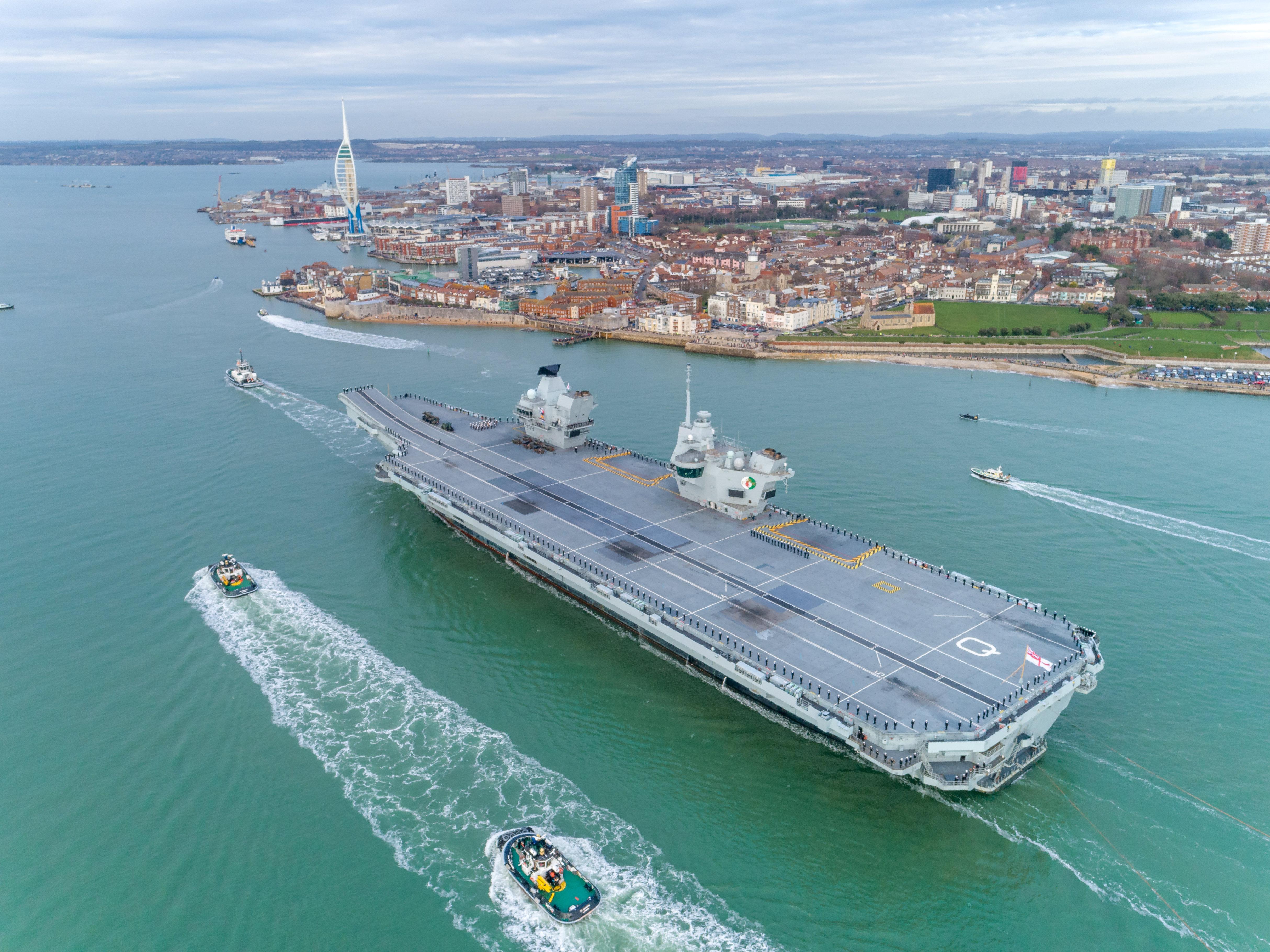 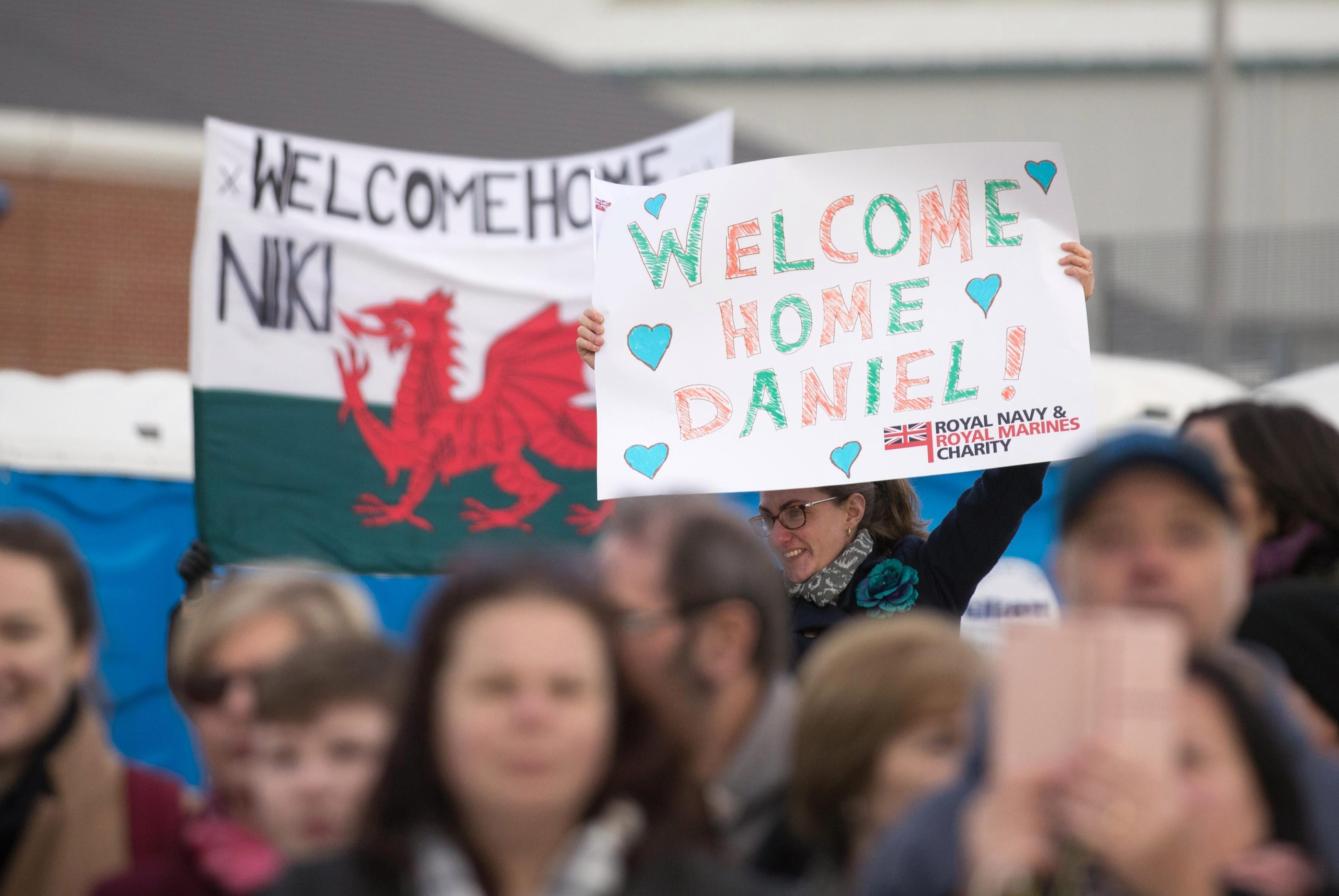 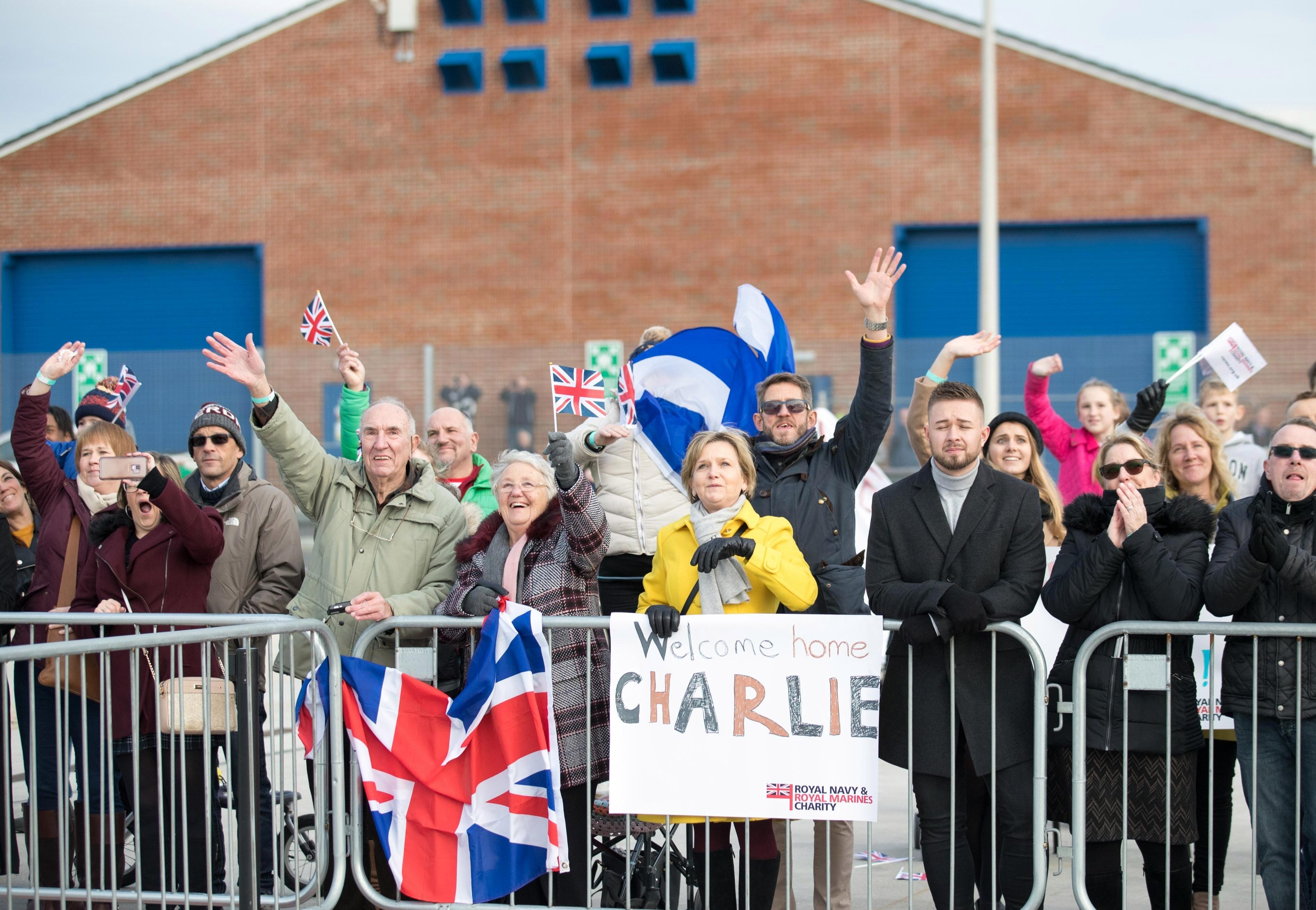 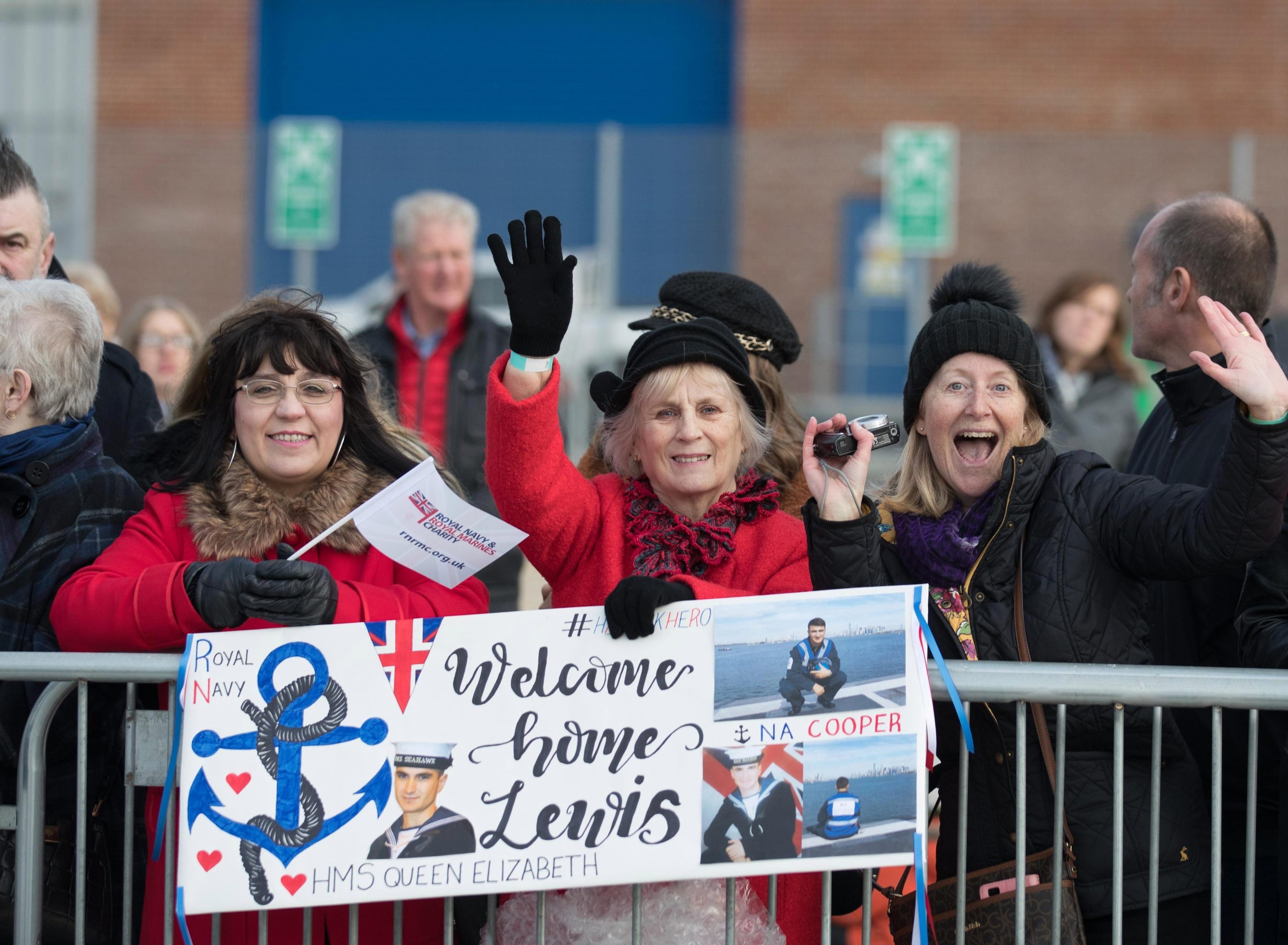 Before she made her way on her four-month voyage in August to begin flight trials in the US, Defence Secretary Gavin Williamson said: "The largest warship in British history is joining forces with the most advanced fighter jets on the planet."

During the maiden voyage of the ship, US fighter jets landed on board for the very first time.

They are believed to have carried out 500 landings and take-offs during the carrier's time at sea.

It took a well-deserved stopover in New York before heading back to Blighty, docking at around 1.30pm. 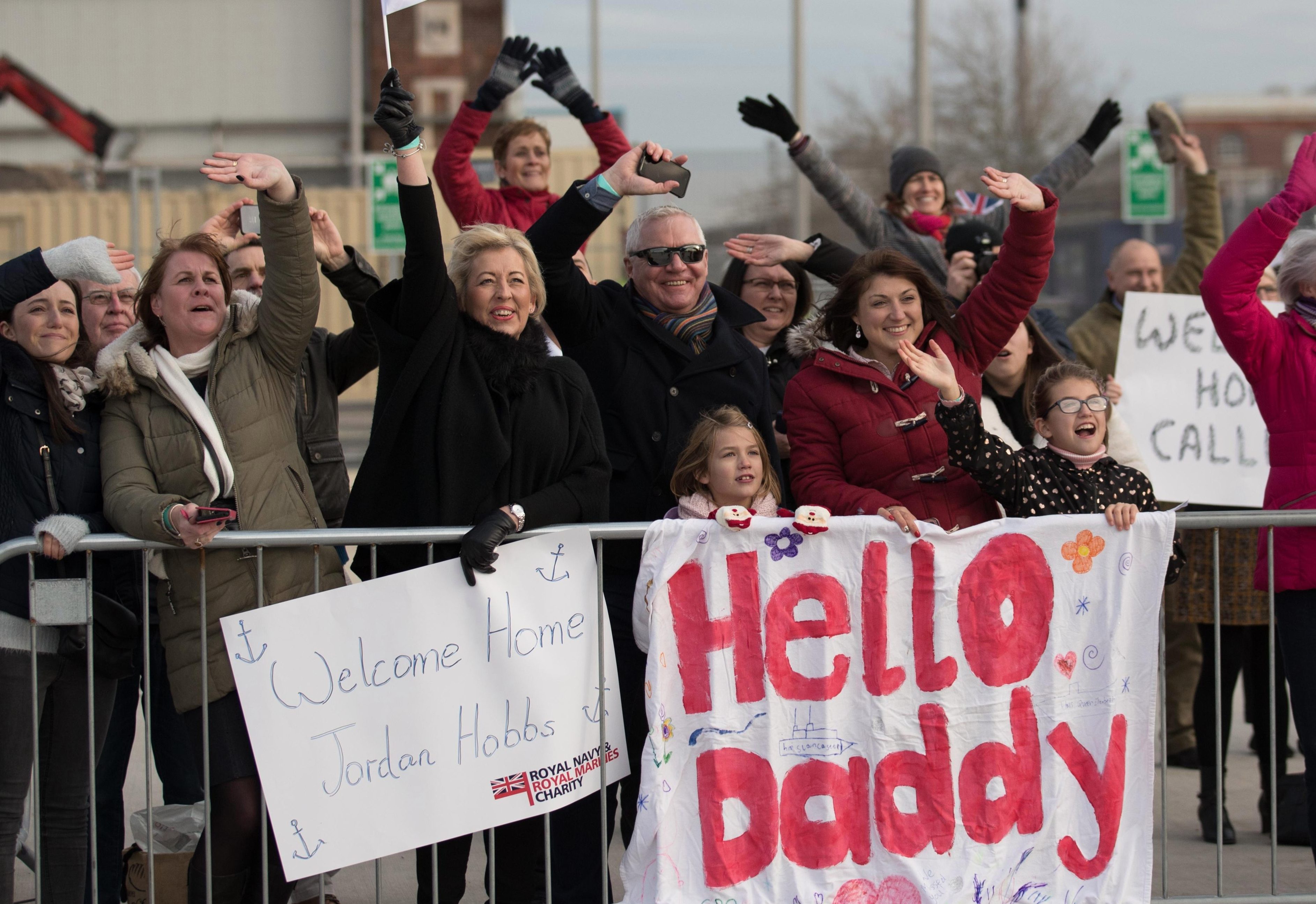 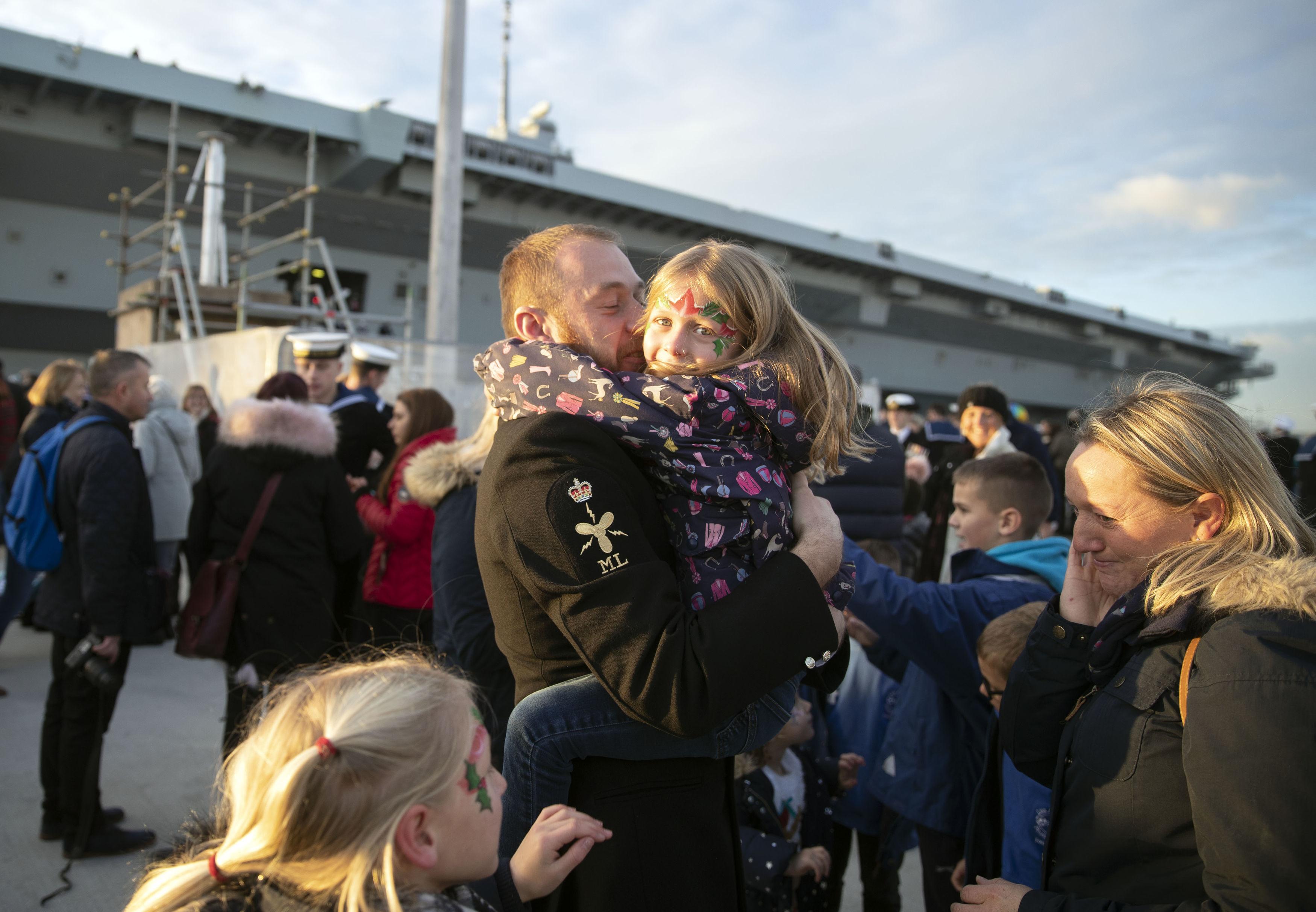 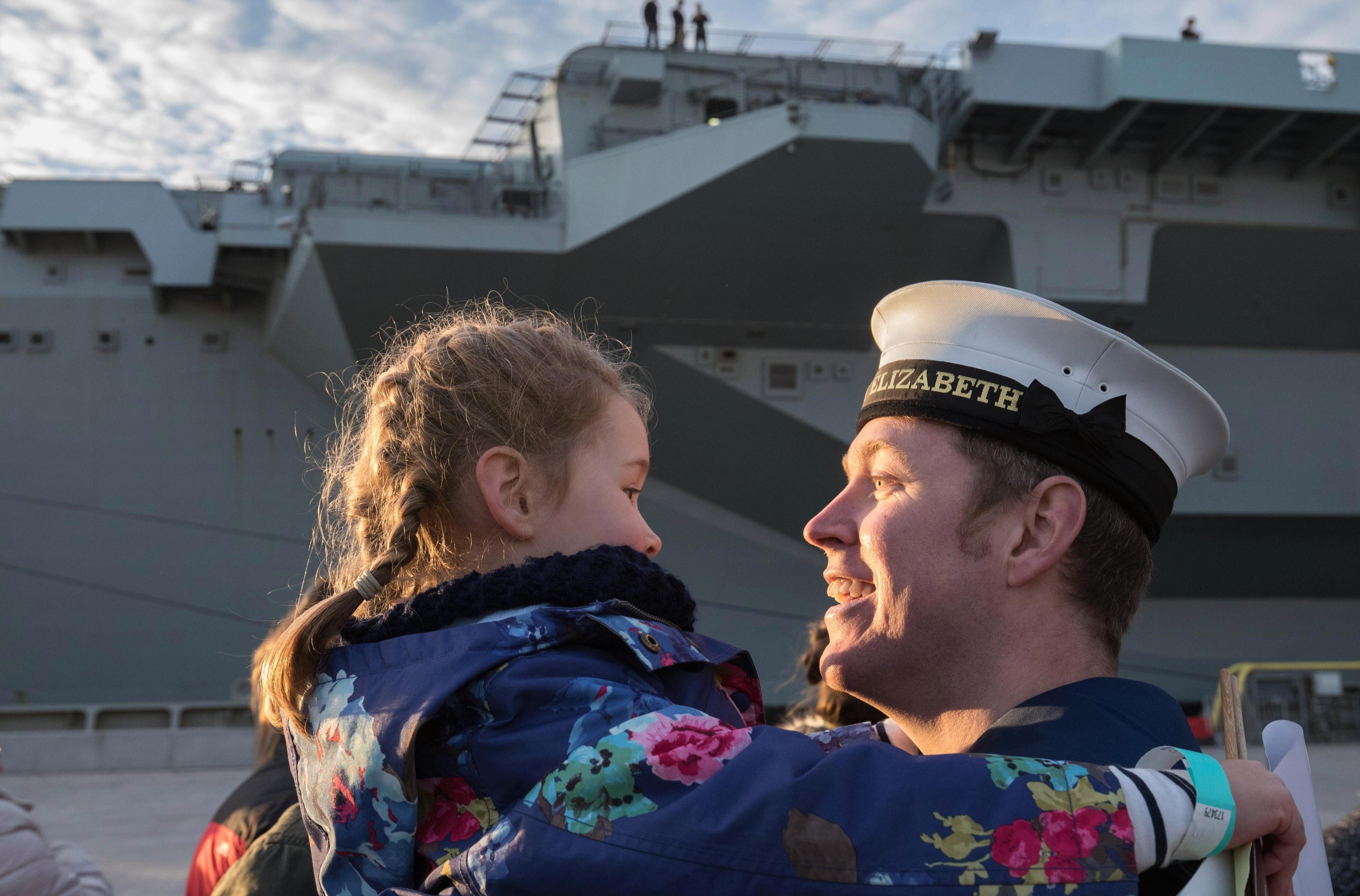 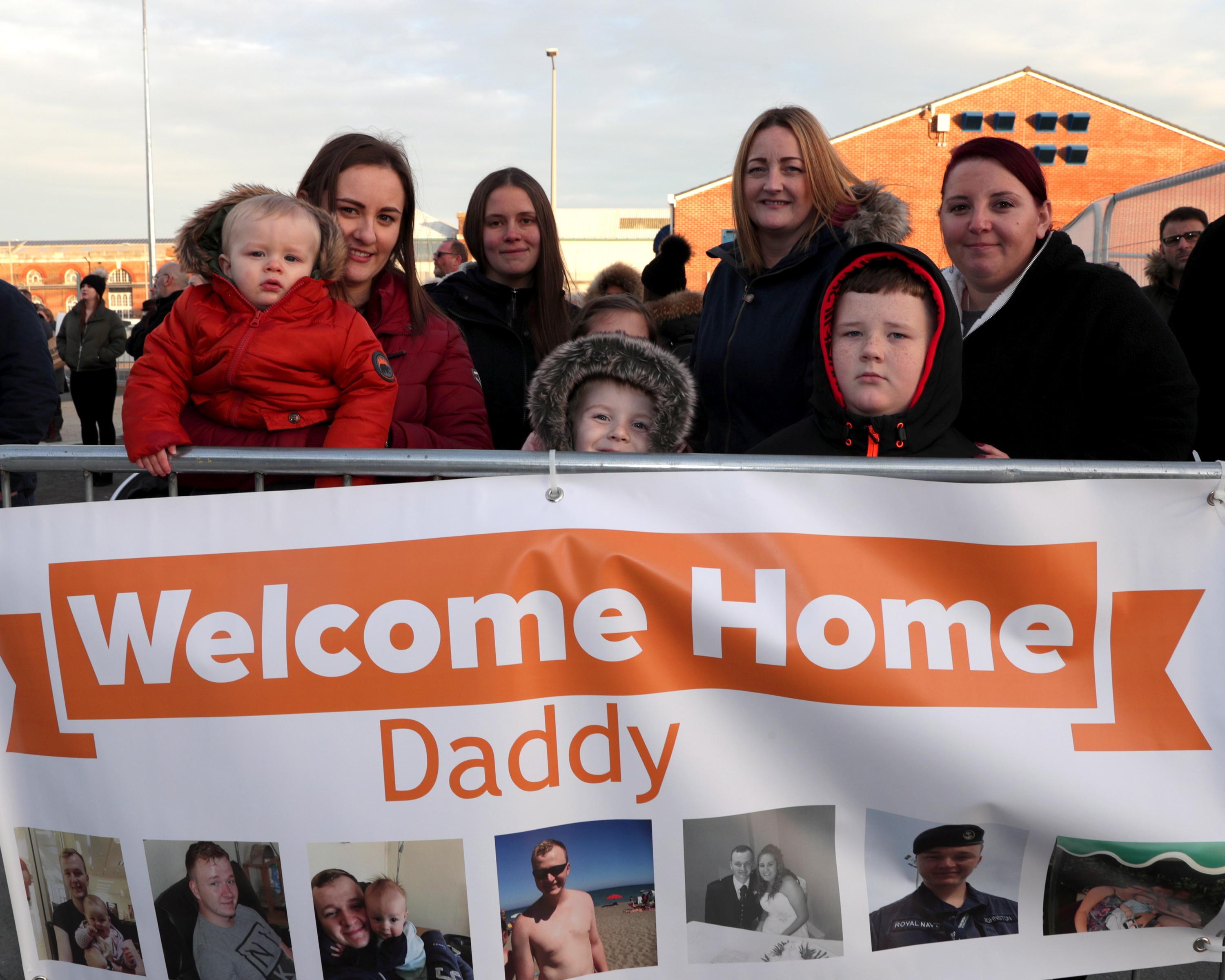 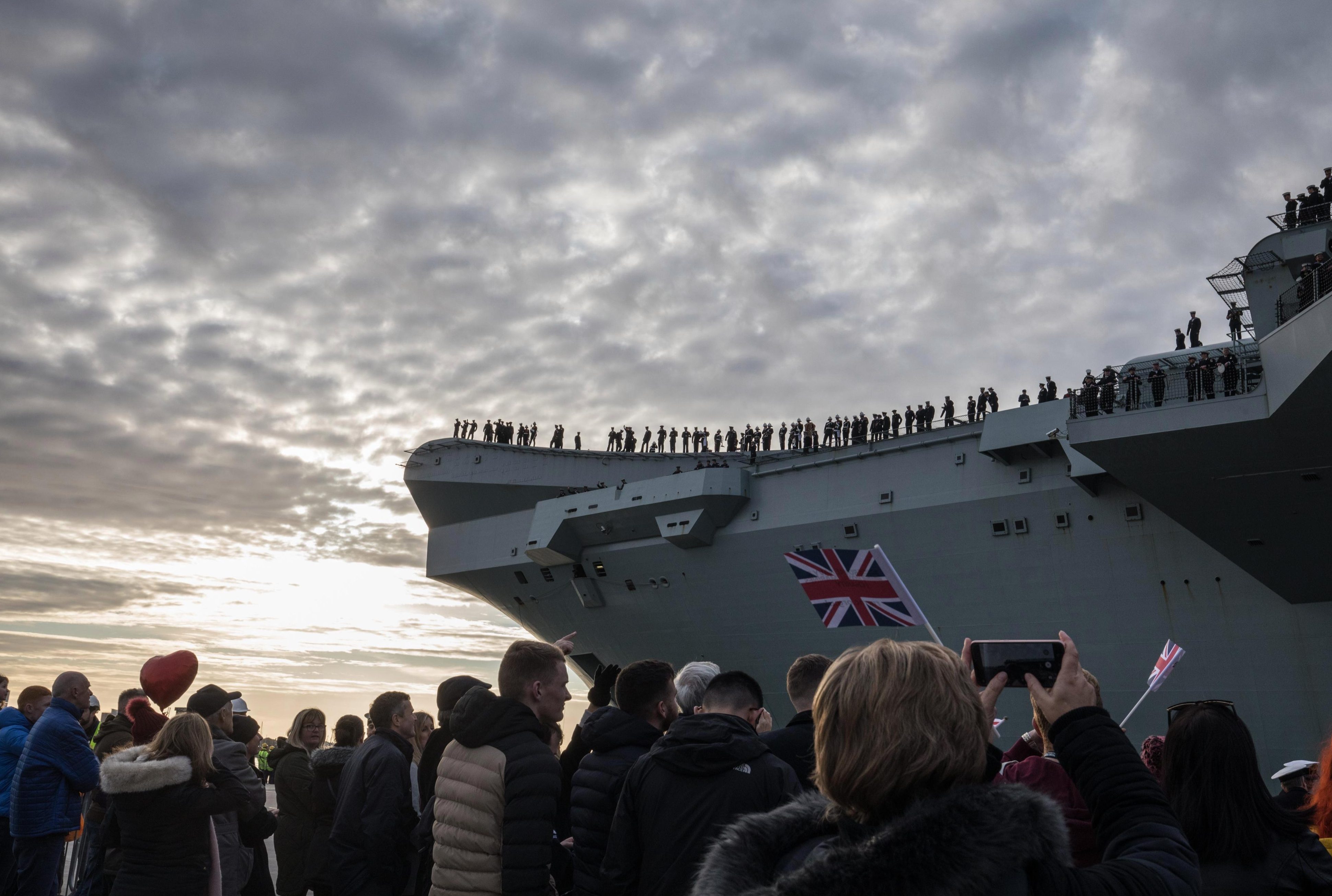 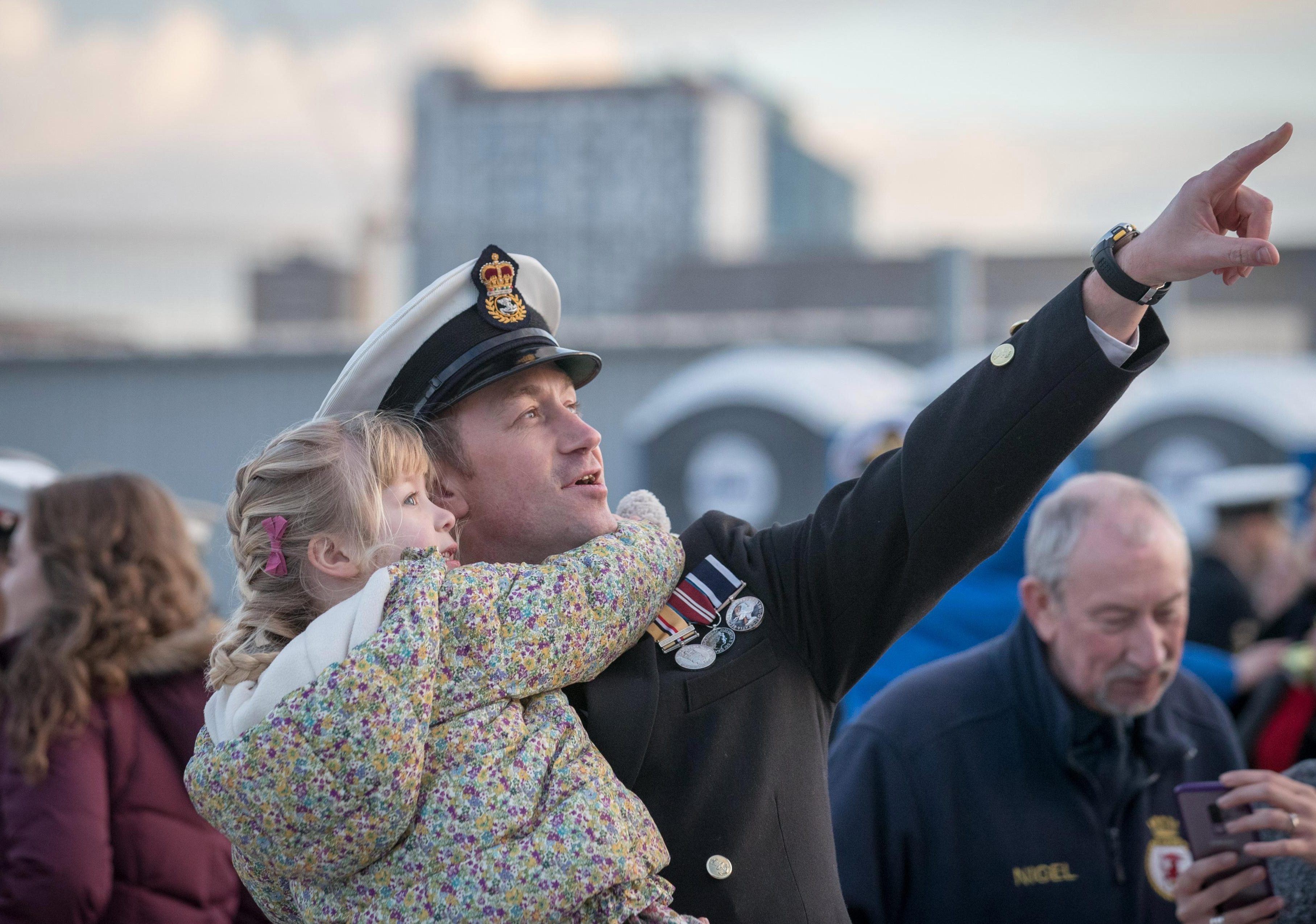 The squadron’s Commanding Officer, Cdr Chris Knowles, said: “It’s been truly remarkable to be part of this historic first deployment for HMS Queen Elizabeth as the Carriers dedicated Squadron we have been there from the very first landing off Scotland right up to the highlights we will all take home from this deployment.

"Seeing the flight deck full of Merlins, F-35 jets and US visitors including V-22s has shown just what a potent capability we have.

"It’s fantastic to be getting home but we are already looking forward to next year taking our capability further again and delivering even more for HMS Queen Elizabeth.”