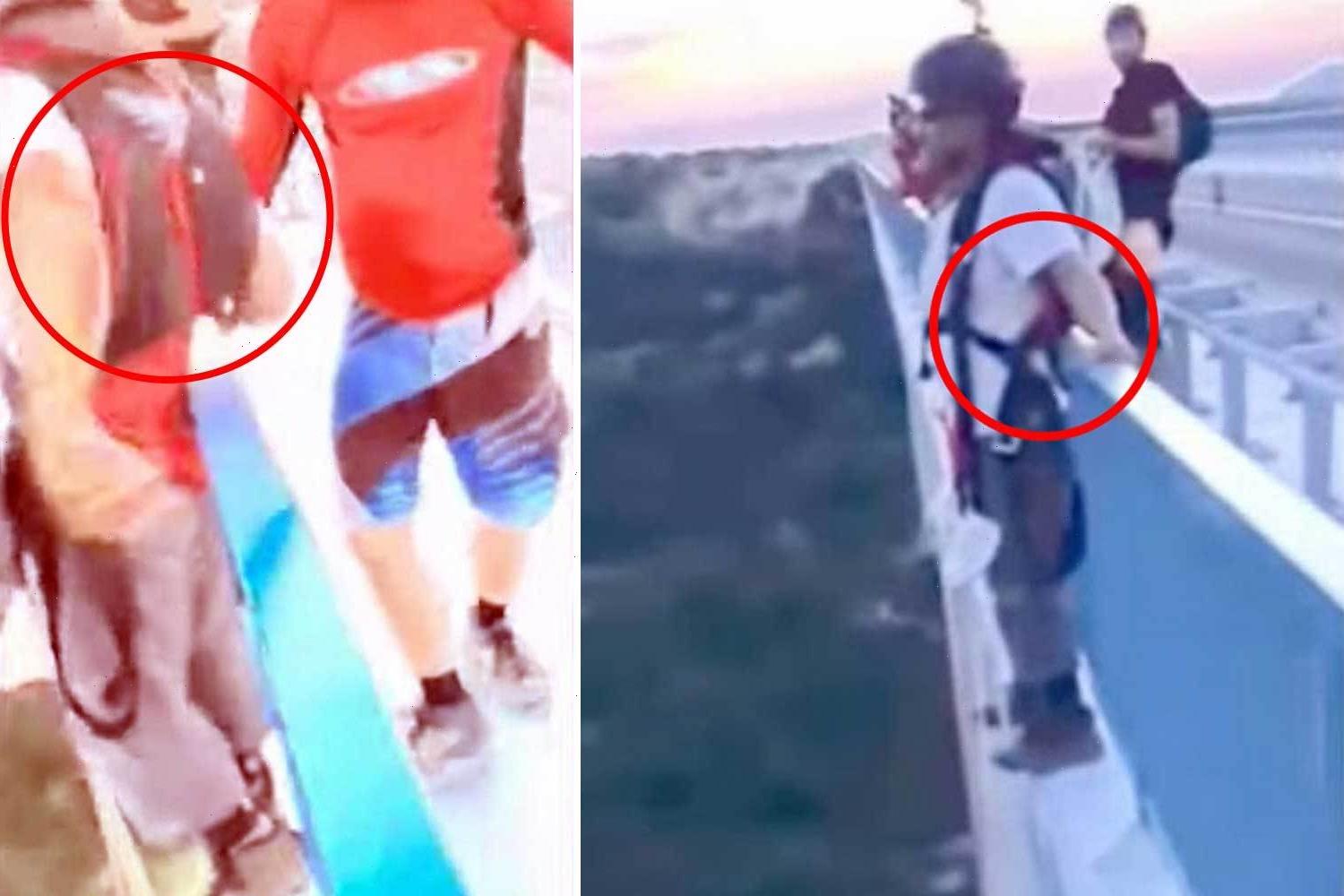 THIS is the heart-stopping moment a man saves a base jumper's life, after spotting he wasn’t attached to his parachute before he took the plunge.

The thrill-seeker would have fallen to his death from a 110 metre high bridge, after he failed to put his parachute and protective gear on correctly. 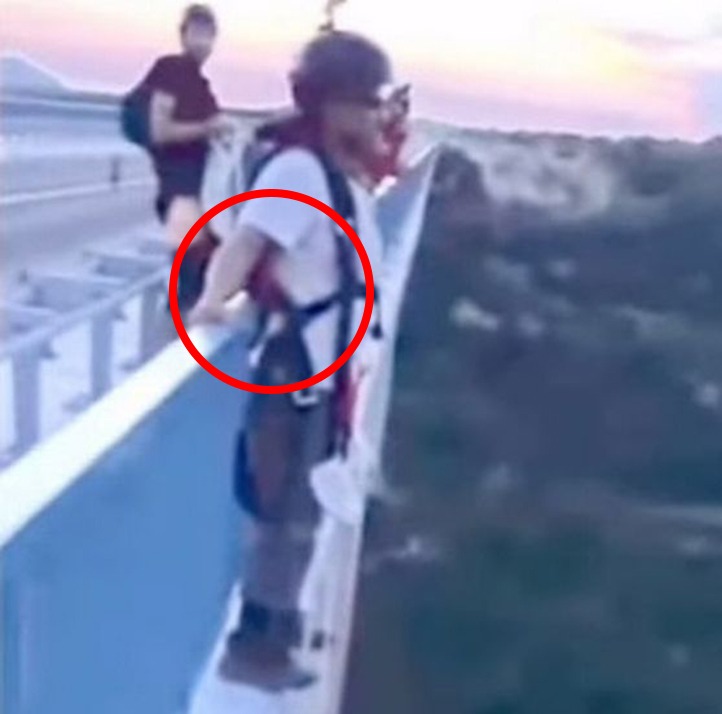 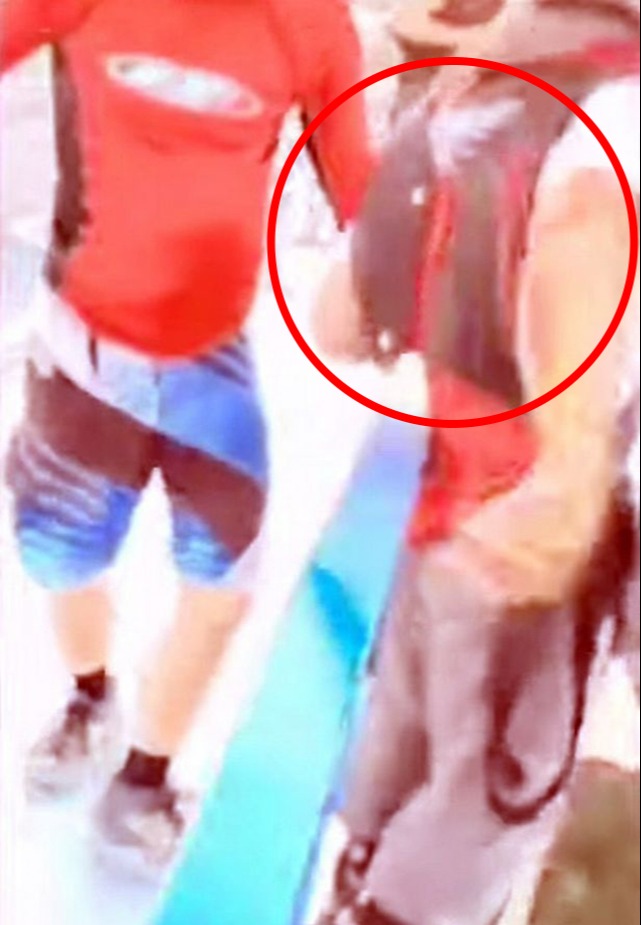 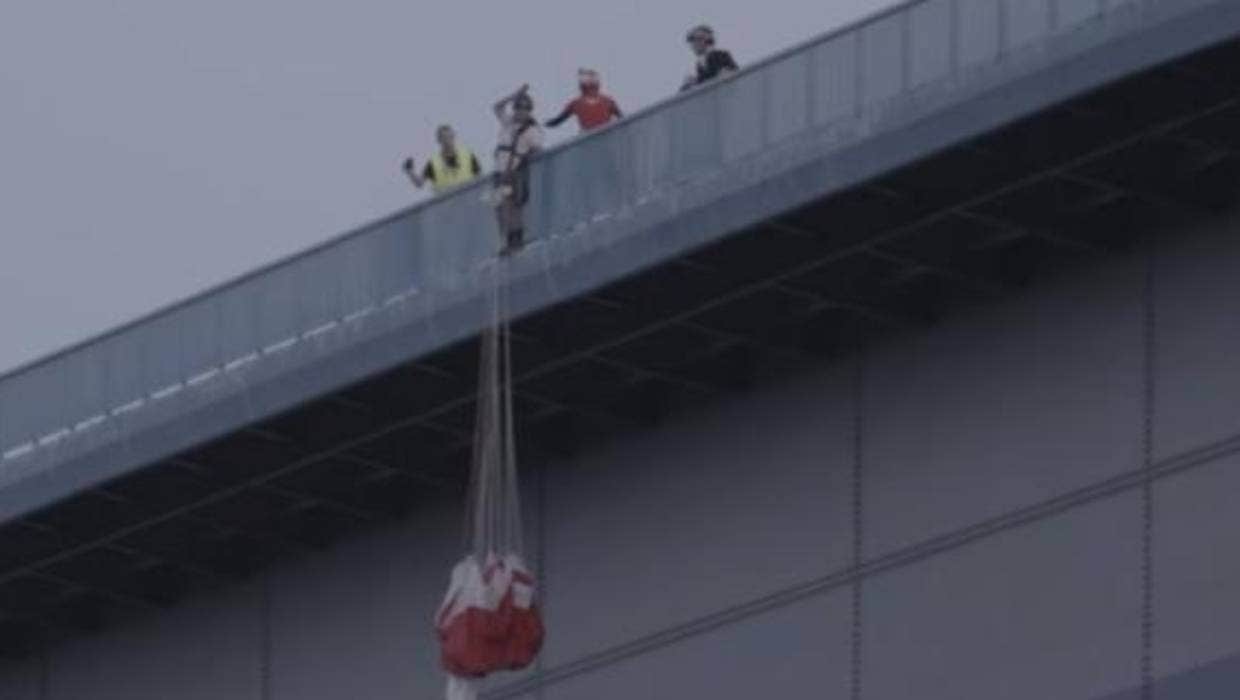 The base-jumper did not have his legs through the lower straps of his harness, and appeared to be unaware of his mistakes, as he was getting ready to throw himself off the bridge.

In the footage, which was filmed in Croatia back in 2016 and has recently resurfaced, the instructing base-jumper appears to notice the mishap, and rushes to stop the man from jumping,

As he made his way towards the jumper, exclaiming "stop, stop, stop" on his way, the man appeared to ask him whether he didn't have his Go-Pro on correctly.

"GoPro?" he asked the instructor.

“Get the f*** back over the bridge, you've got no f***ing leg straps on, you f***ing idiot," the instructor says in response, speaking in a thick Australian accent.

"Jesus Christ. Go home, get off this f***ing bridge tonight."

When the jumper is back to safety, the man says: "Don't jump tonight, you owe me a beer."

According to Stuff reports, the hero parachutist was Chris McDougall, who was instructing that day and noticed the amateur's potentially fatal mistake.

Speaking to the news outlet, he said: "I caught him within about one-and-a-half seconds of him jumping straight to his death.

"If he'd have jumped off that object he was going to die."

The footage has recently been shared on TikTok, by Skydiving Is Lit, who added: "For those wondering, since his legs aren't through the harness nothing is preventing him from falling out the bottom."

Many users have commented that the would-be jumper owes the other man his life.

"A beer? Nah, he naming his first born after him,” another said.

A third added: "I saw it as soon as the video started. Thank God for these guys, I'm just baffled how he got that far without him nor anyone noticing."