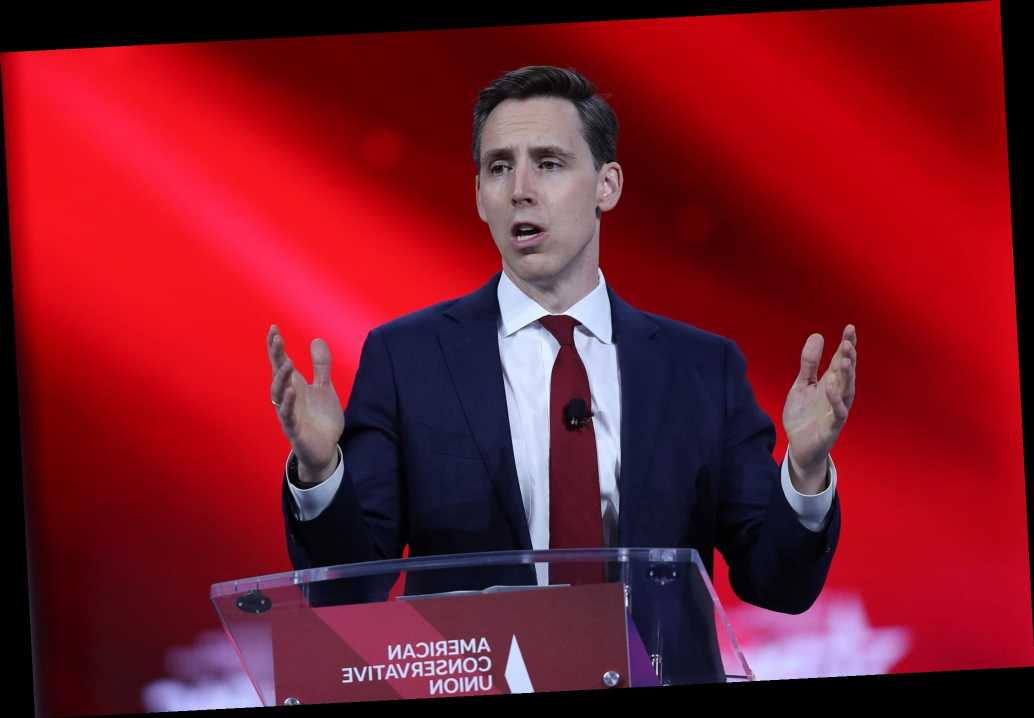 Scott Walker at CPAC says ‘America is under siege’

Tom Cotton responds to NYT controversy: I will never apologize for defending America

Sen. Josh Hawley of Missouri on Friday urged fellow Republicans to support the break-up of Big Tech “oligarchs” that censor political viewpoints as well as large companies that “sold us out to China.”

Hawley called for a “new nationalism” that reclaims the trust-busting mantra of the Teddy Roosevelt-era GOP to fight large companies and Democrats, who he said jointly push a false message that the U.S. is “systemically racist” and “founded on lies and evil.”

“We will not be told what to do by these modern-day oligarchs. What we need is a new nationalism, a new agenda to make the rule of the people real in this country,” Hawley said in a speech to the Conservative Political Action Conference in Orlando, Fla.

“I would start by breaking up the Big Tech corporations. Just break them up. Break them up in the name of the rule of the people, for the good of the American people and our liberty. We need to break those corporations up and cut them down to size.”

“People like Google, Facebook, you heard of them? Twitter, these companies have more power than any companies in American history and they’re aligned with the radical left to try to impose their agenda on this country,” he said.

“They want to run this country. And if we don’t do something, they are going to. And we’ve got a word for that. It’s called oligarchy. And that’s what we’re facing in America right now.”

Hawley said the Republican Party, though long viewed as the party of business, also has a history in trust-busting — recalling the Roosevelt-led charge against large companies that helped splinter the party in 1912 between factions led by Roosevelt and his successor as president, William Howard Taft.

“The Republican Party, once upon a time we were the party of trustbusters, you know. I mean, we invented the concept, basically. It’s time to reclaim that legacy,” Hawley said.

Hawley said that he was unfairly attacked for objecting to certifying President Biden’s electors from Pennsylvania in a bid to force a national review of voter fraud allegations.

“If we can’t have free and open debate in this country, we’re not going to have a country left,” Hawley said.

“If we can’t have free and open debate, according to the laws in the United States Senate, what good is the United States Senate? Why do you send anybody to Washington at all? I thought it was an important stand to take. And for that the left has come after me. They’ve tried to silence me. They canceled a book — a book I was writing called, ‘The Tyranny of Big Tech’. These people have no sense of irony, it’s still gonna get published by the way, it’ll be out soon.”

Hawley is a leader among post-Trump conservative populists in Washington. In December he partnered with socialist Sen. Bernie Sanders of Vermont to push for $2,000 stimulus checks that were resisted by GOP Senate leaders, and on Friday he called for adoption of a $15 hourly minimum wage for companies with revenue over $1 billion.