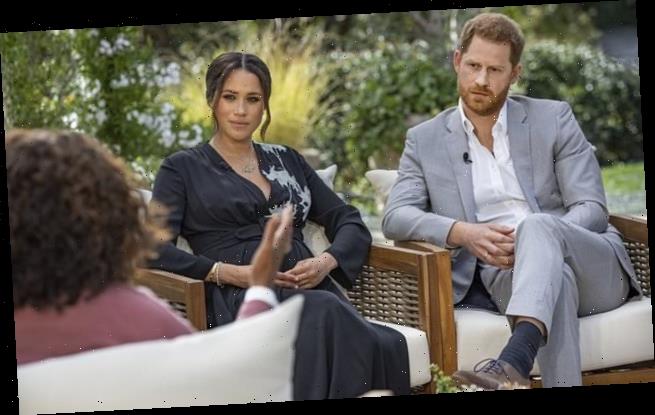 BREAKING NEWS: Harry told Oprah behind the scenes that it was NOT The Queen or Prince Philip who had concerns over Archie’s skin tone but would not reveal who did

Oprah revealed on Monday morning that behind the scenes, Prince Harry told her it was neither The Queen nor Prince Philip who had concerns over Archie’s skin color before he was born, but he would not reveal the identity of who it did.

Harry and Meghan revealed on Sunday night in their bombshell interview with Oprah that there was a ‘conversation’, before Archie’s birth, about his skin and how ‘dark’ it would be.

It was a stunning claim that prompted Oprah and the millions watching to ask who it was who had said it.

Harry refused to reveal that person’s identity on Sunday night as did Meghan. They said they wanted to protect whoever it was.

On Monday morning, Oprah said on CBS This Morning that when the cameras were down, Harry made it clear to her it was neither of ‘his grandparents.’

‘He did not share the identity with me but he wanted to make sure that I knew and if I had an opportunity to share it, that it was not his grandmother nor his grandfather that were a part of those conversations.

Other bombshell claims on Monday included; 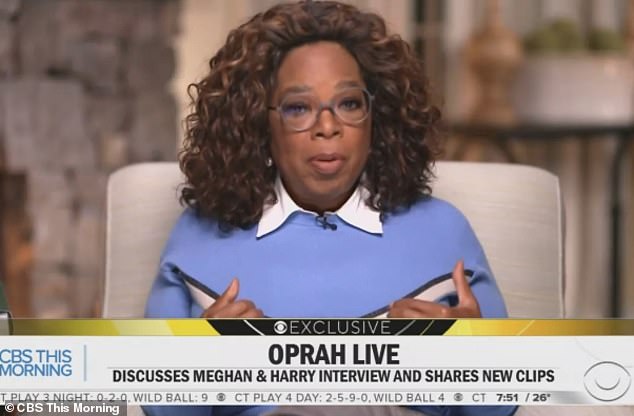 On Monday morning, Oprah said on CBS This Morning that when the cameras were down, Harry made it clear to her it was neither of ‘his grandparents.’ 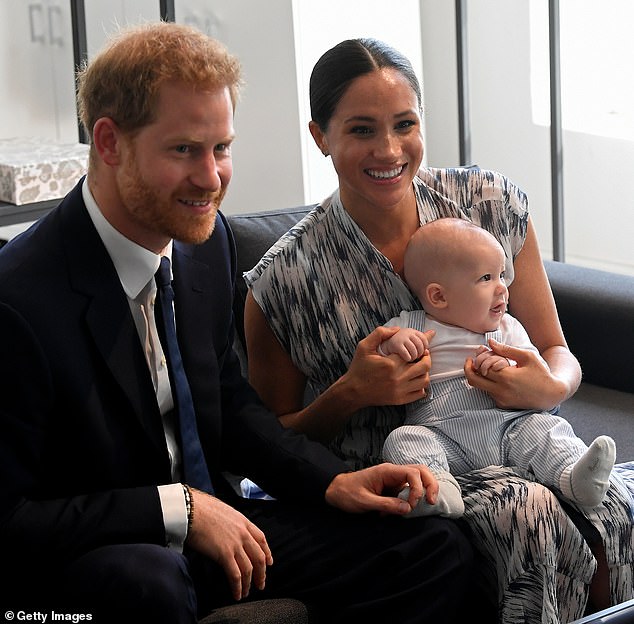 On Sunday night, Meghan revealed there was ‘a conversation’ about ‘how dark’ Archie’s skin would be before he was born 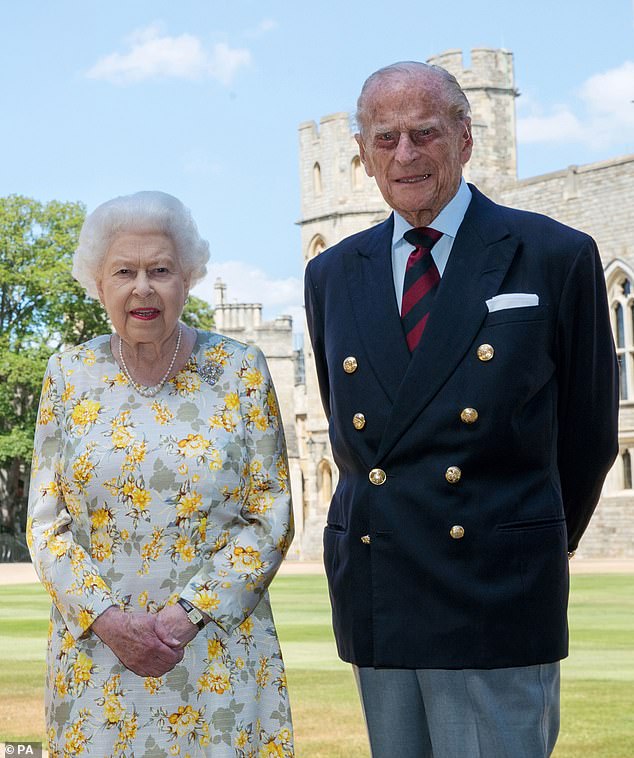 Meghan first revealed the ‘concerns’ in her one-on-one with Oprah, saying there were ‘concerns and conversations about how dark his skin might be when he was born.’

‘In those months when I was pregnant, all around this same time, so we have in tandem the conversation of, “you won’t be given security, not gonna be given a title” and also concerns and conversations about how dark his skin might be when he’s born.’

She packaged it into her discussing how the Royal Family allegedly stripped Archie of his Prince title before he was born, and said she felt from the start of her pregnancy that the rules were being unfairly and inexplicably changed for him.

Oprah was stunned and asked her if the unidentified person was concerned he would be ‘too brown’.

Meghan replied: ‘If that is the assumption you are making, that is a pretty safe one.’

Other segments of their three-hour interview that did not air on Sunday night were also shown, including Meghan’s comments about her father, Thomas Markle.

She said that she called him after learning he had spoken to the media before their wedding and asked him if he had cooperated.

She claims he told her he hadn’t and that she offered to have their communications team intervene but warned if they helped him, they ‘wouldn’t be able to’ in the future for their own children. 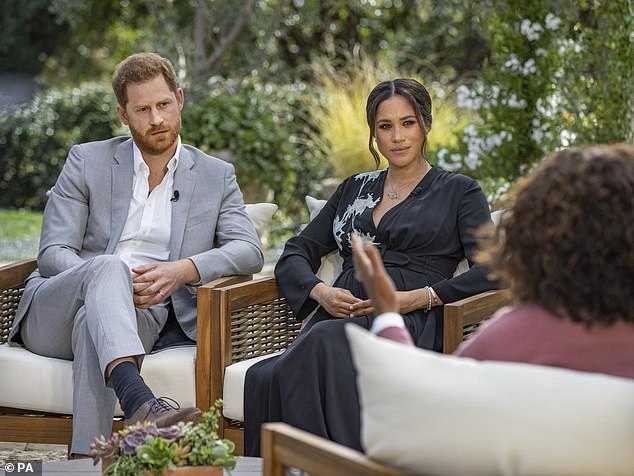 Harry and Meghan revealed on Sunday night in their bombshell interview with Oprah that there was a ‘conversation’, before Archie’s birth, about his skin and how ‘dark’ it would be.

‘I am just trying to decide if I’m comfortable even talking about that. If we’re going to use the word betrayal it’s because when I asked him, when we were told by the comms team this was going to be coming out, the tabloids had known for a month and decided to hold until the Sunday before our wedding…they wanted to create drama – they don’t report the news they create the news.

‘We called my dad and we asked him and he said “no absolutely not.”

‘I said, “the institution has never intervened for anything for us. [We] can go in and try to kill this story but if we do this, we wont be able to protect our own kids one day.

‘So I just need you to tell me if you tell em the truth we can help – he wasn’t able to do that and that for me has resonated especially now for me as a mother.

‘Me saying just full stop if we use this to protect you we wont be able to protector own children one day, I’m talking about your own grandchildren, I look at Archie and I cant imagine anything to intentionally cause pain to my child. It’s hard for me to reconcile that,’ she said.

Pushed by Oprah to accept that her father had played a role in choosing to speak to the media independently, Meghan said: ‘Everyone has accountability.

‘They’ve hunted my mom down and you’ve never heard her say a word.

‘She’s remained in silent dignity for four years watching me go through this.’

Of her half-sister, Samantha Markle, Meghan said the pair do not know each other well enough for Samantha to make public comments about her.

‘It would be very hard to tell all when you don’t know me.

‘This is a very different situation than my dad. Betrayal comes from someone you have a relationship with.

‘I grew up as an only child, everyone who grew up around me knows that. I wished I had siblings, I would have loved to have had siblings.

‘It’s really interesting… the last time i saw her mus have been 18 or 19 years ago, before that, 10 years before that.

‘She changed her last name back to Markle only when I started dating Harry. That says enough.’