NEWELY released bodycam footage shows the moments a SWAT team stormed a mobile home where a 32-year-old man was barricading himself while keeping his mother hostage.

Joshua Squires, 32, from Las Vegas, Nevada, was shot dead in front of his mother by a SWAT team after brandishing what appeared to be a 9mm handgun, prompting officers to fire 11 rounds at him. 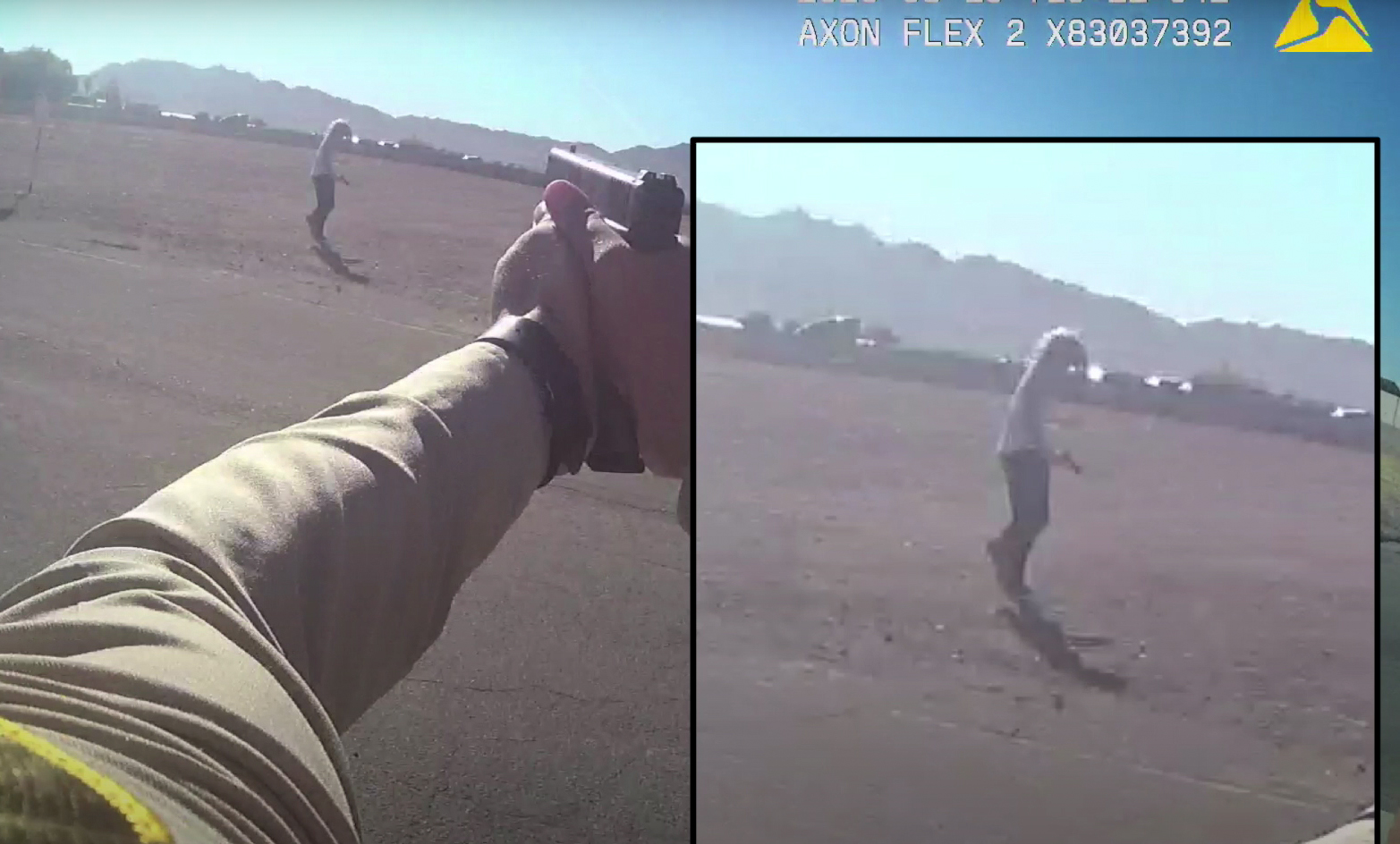 On Monday morning, officers from the Las Vegas Metropolitan Police Department approached Squires about two vehicle fires that happened the night before.

What started out as an arson investigation quickly escalated after Squires took off running and pointed a weapon at officers.

Body camera footage shows Squires running while brandishing the handgun at officers, that’s when an officer lets off one round at the 32-year-old, but misses.

Squires then jumps over a wall and barricades himself inside his mother’s mobile home with several family members inside. 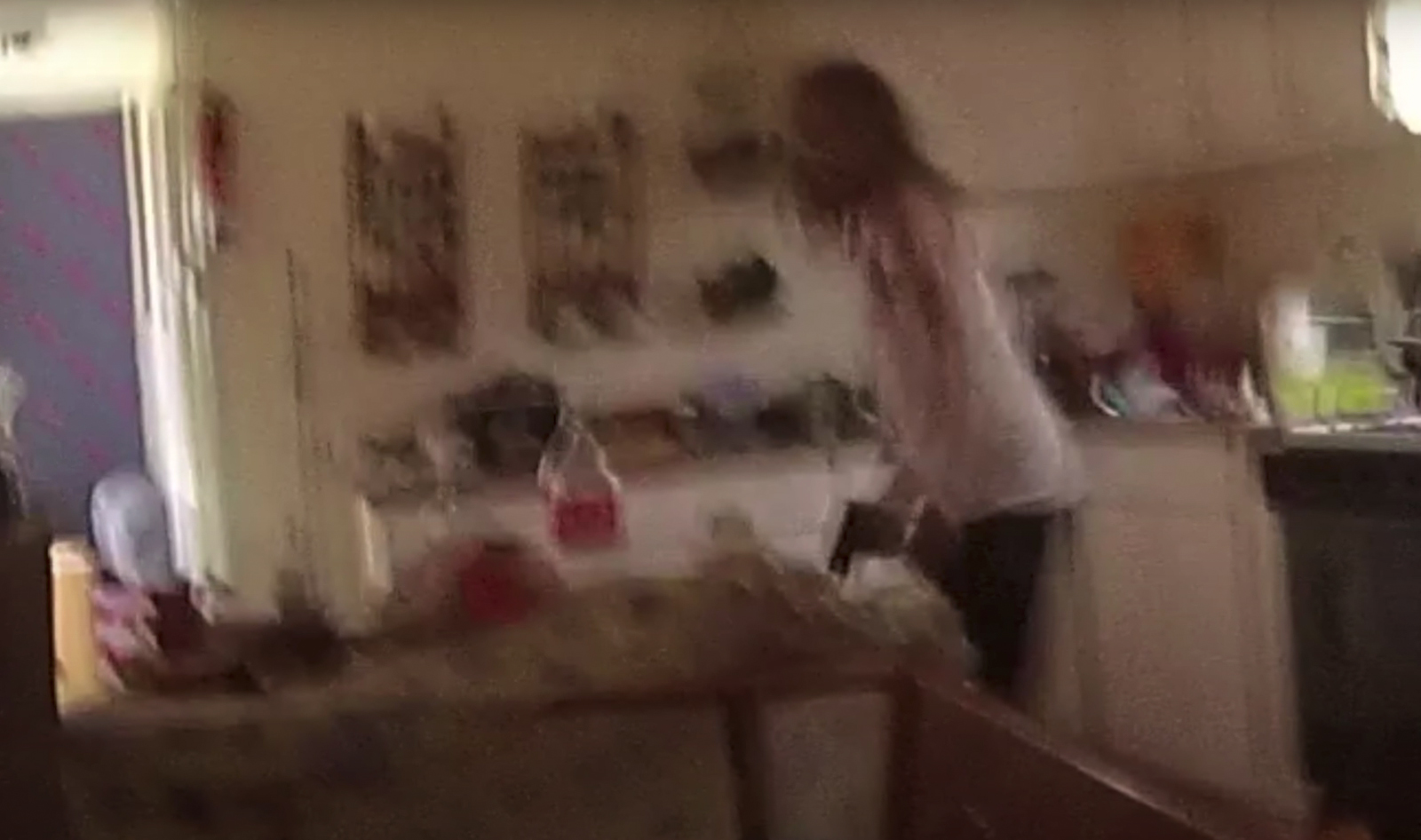 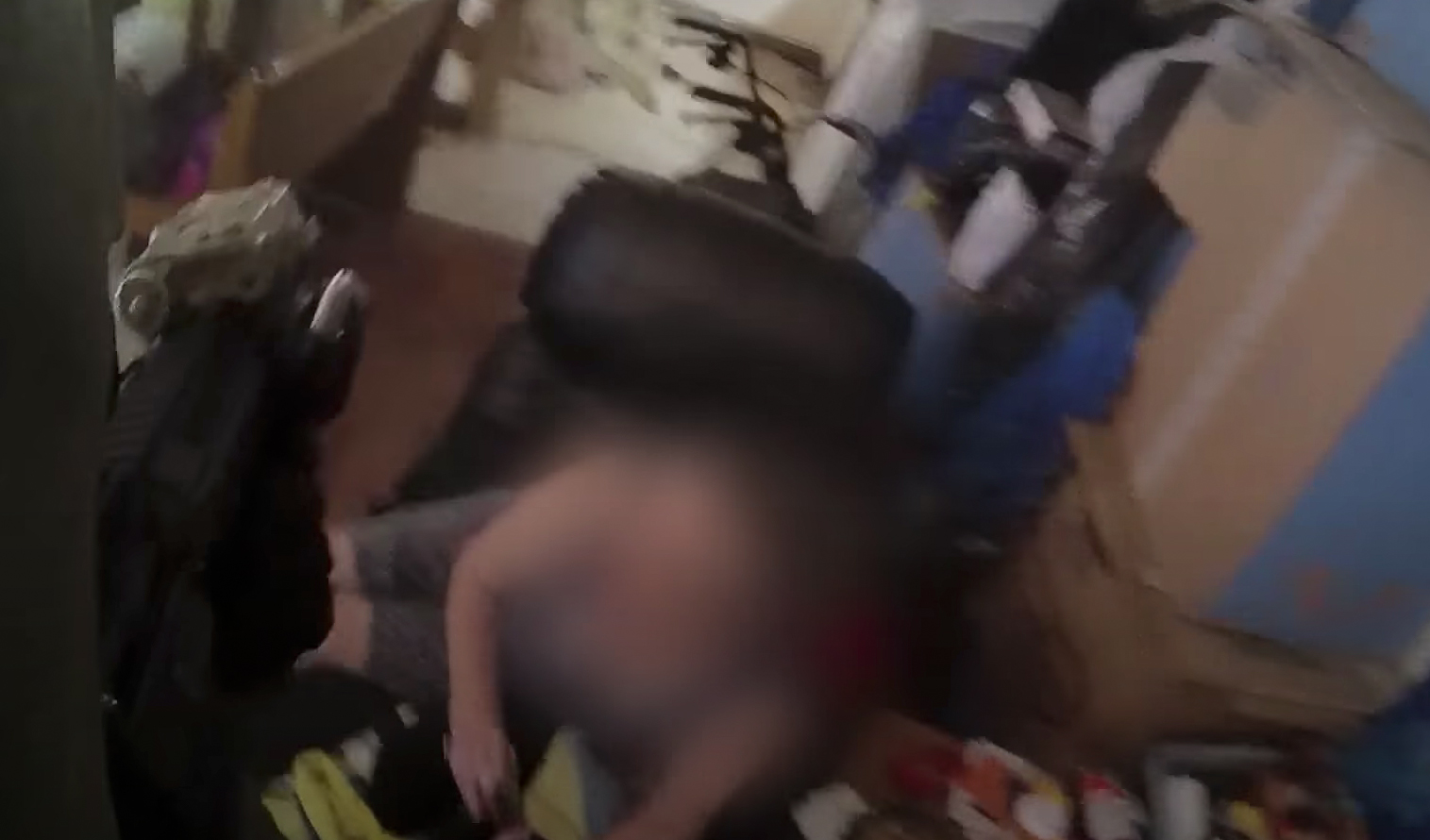 Police said Squires let several other adult family members come out, but held his mom hostage and was threatening to start a fire inside. After failed negotiations, SWAT went in.

Once officers stormed inside they found Squires still holding what looked like a handgun, which promoted officers to fire 11 rounds at the suspect, resulting in his death.

It wasn’t until after the shooting that LVMPD learned Squires was actually carrying a airsoft gun, saying the orange tip appeared to have been filed off.

“It’s a challenge for officers because there you are in a life or death situation with the facts as you know them at the time, and I can tell you looking at those on a split second, I don’t know that you’d be able to tell the difference,” said LVMPD Assistant Sheriff Christopher Darcy.

“That’s not something any officer wants to bet his life one.” 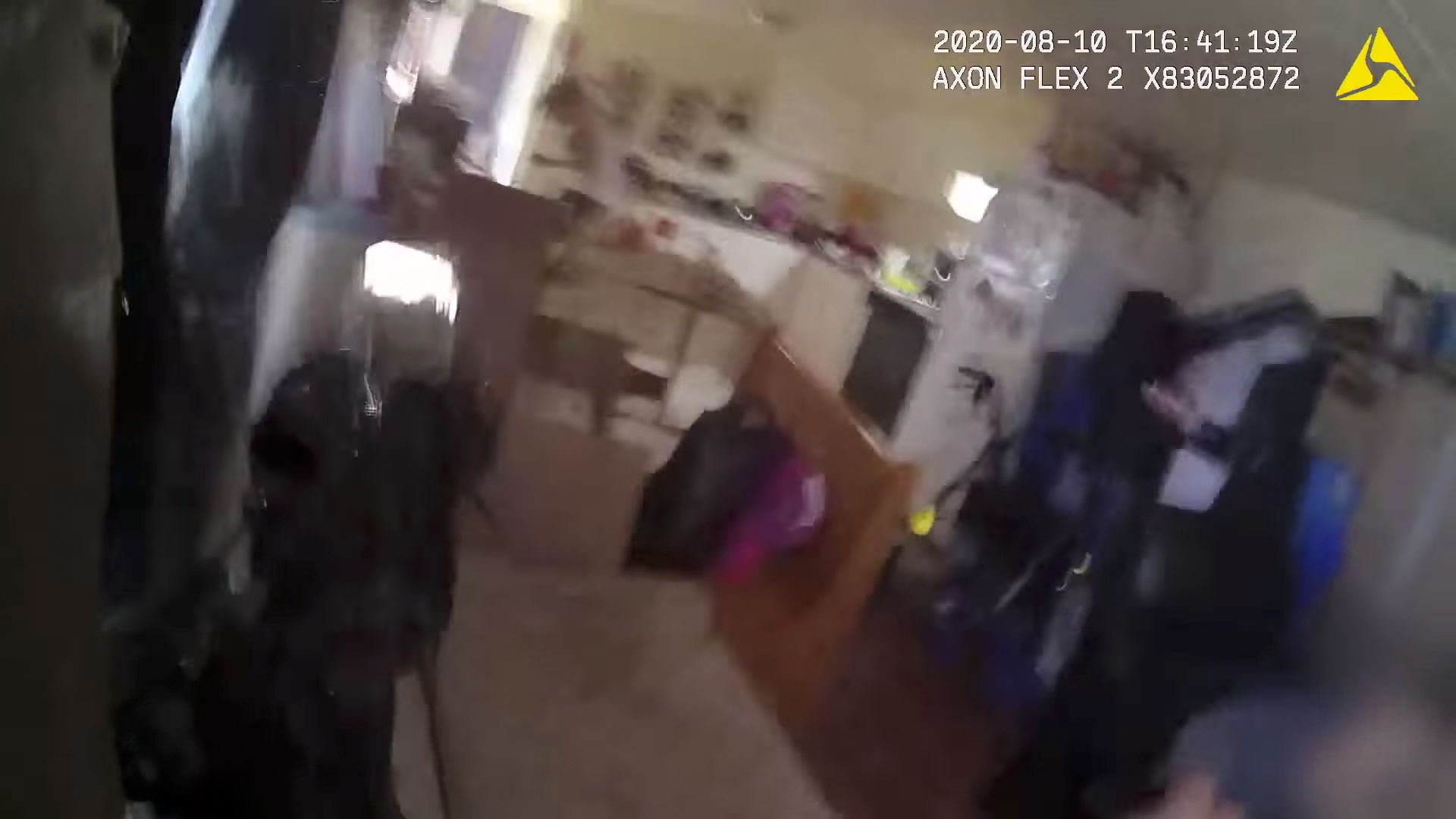 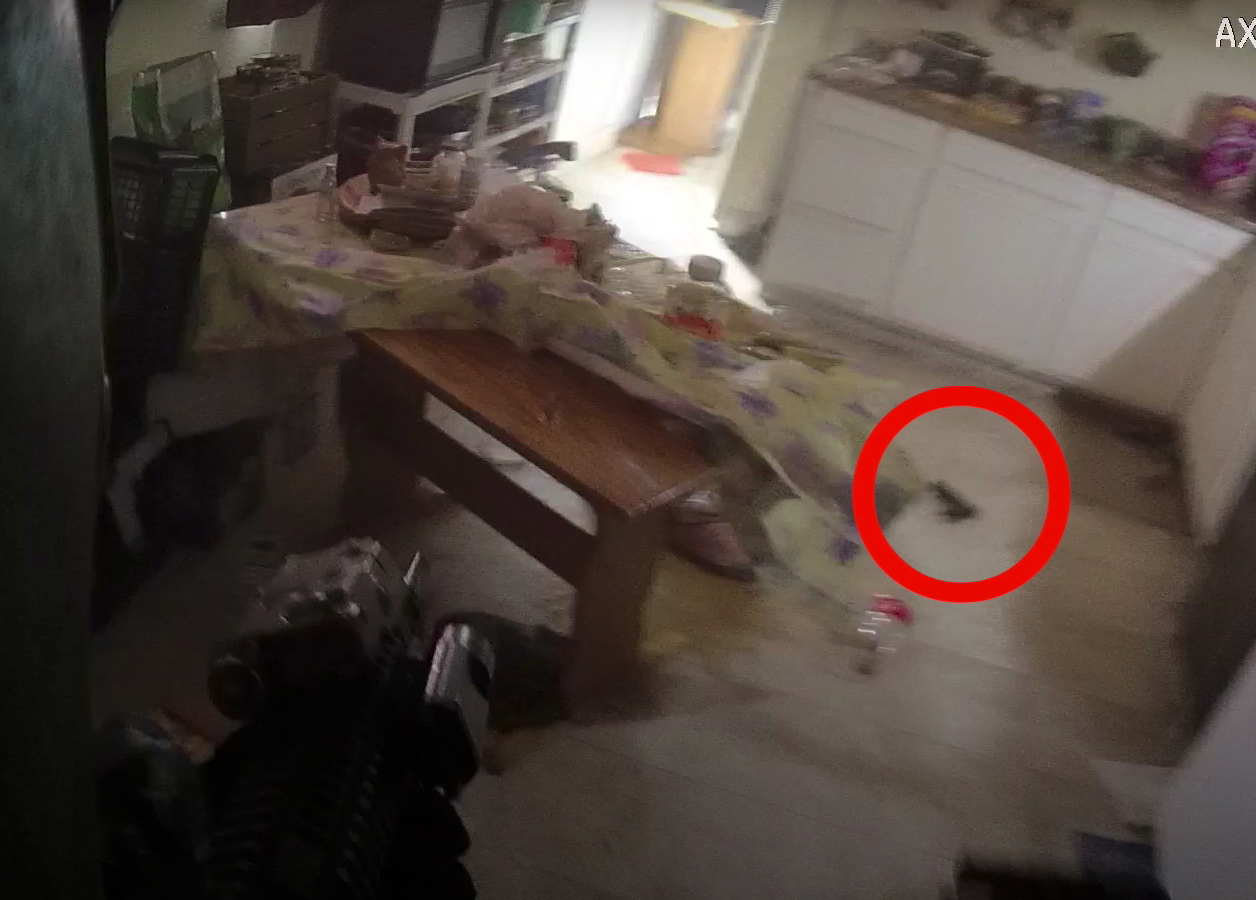 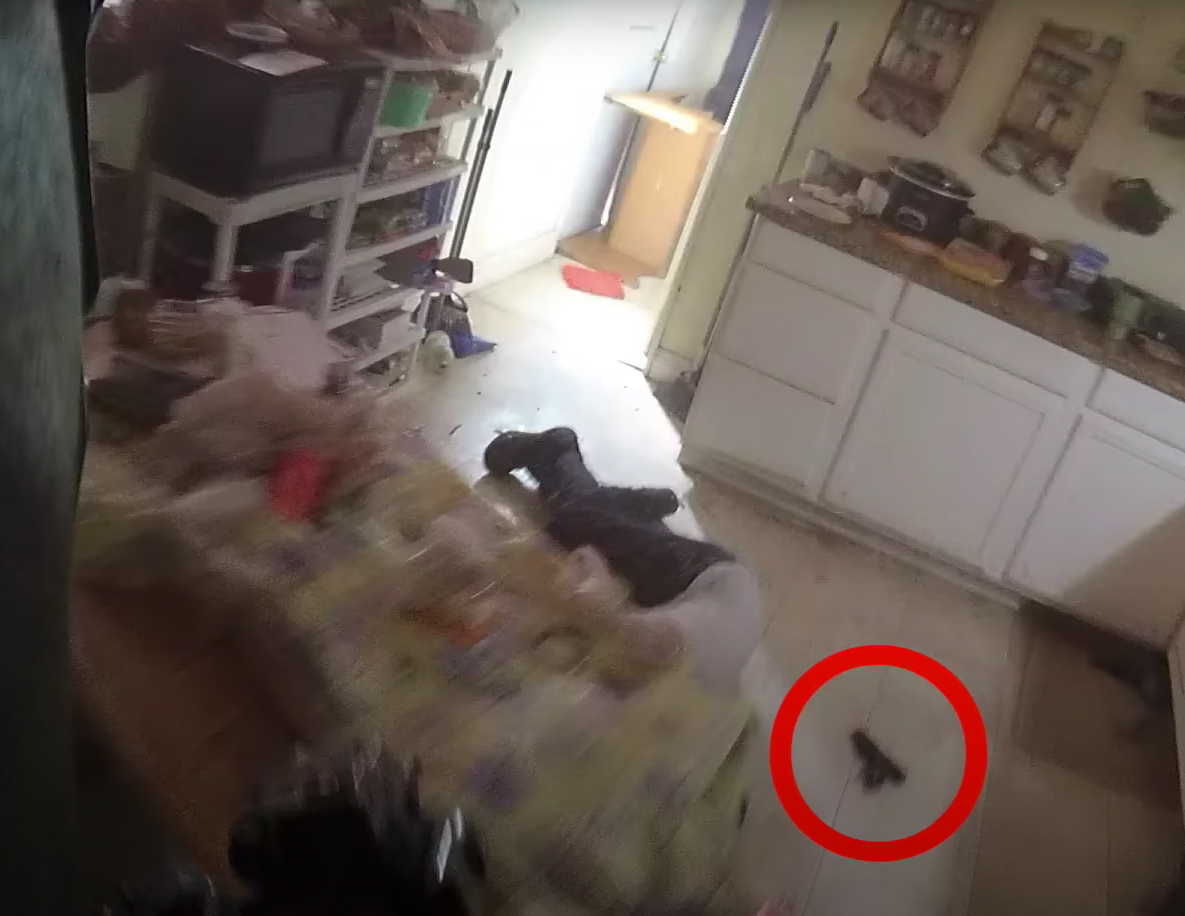 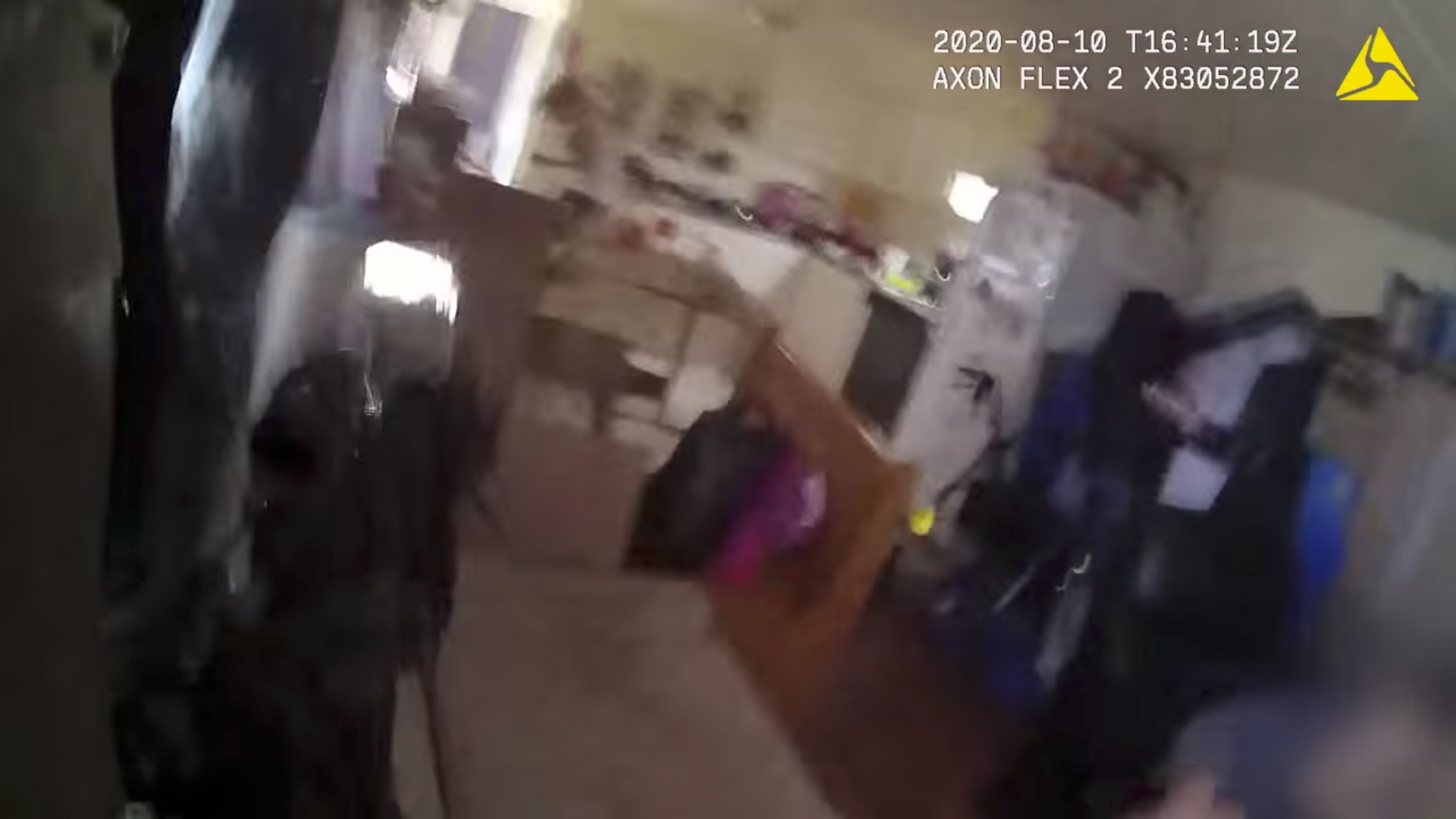 Family members of Squires spoke to the Las Vegas Review-Journal, saying the 32-year-old was a paranoid schizophrenic who struggled with substance abuse for years.

“He battled mental illness and addiction. He wasn’t a bad guy. He just got lost,” Samantha Squires, sister of Joshua, told the outlet.

The family said for years they tried helping the 32-year-old to get him mental health assistance, but he refused, “We tried and tried and tried to help him. He just didn’t want it,” said Joshua’s mother, Toni Squires.

The mother said her son was diagnosed as a schizophrenic in his 20’s, saying there were periods of time when he took medication and helped.

“He functioned. You could have a good conversation with him,” she told the outlet.

But when he was off his medication “he was not the same person” and that he would “talk to people in his head,” the mother said.