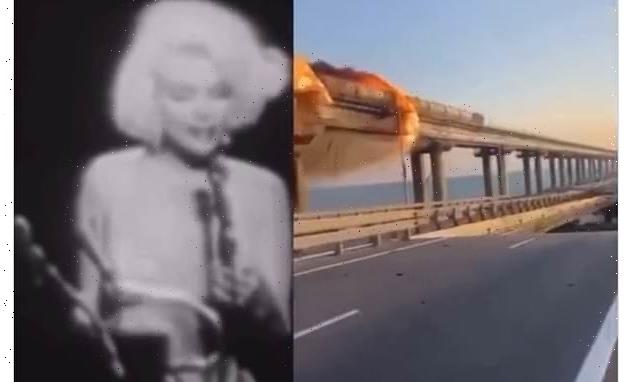 Ukrainian officials have mocked Vladimir Putin with a video of Marilyn Monroe singing ‘Happy Birthday Mr President’ after the crucially important bridge between Russia and Crimea was blown up early this morning.

A huge explosion in a truck collapsed a section of the road bridge into the sea and set fire to seven oil tankers on a train on the parallel railway bridge – just hours after Putin’s 70th birthday yesterday.

Oleksiy Danilov, Secretary of the National Security and Defence Council of Ukraine, rubbed the Russian dictator’s nose in the latest blow to his campaign in Ukraine by sharing the video of Monroe performing the song next to the footage of the devastated bridge. 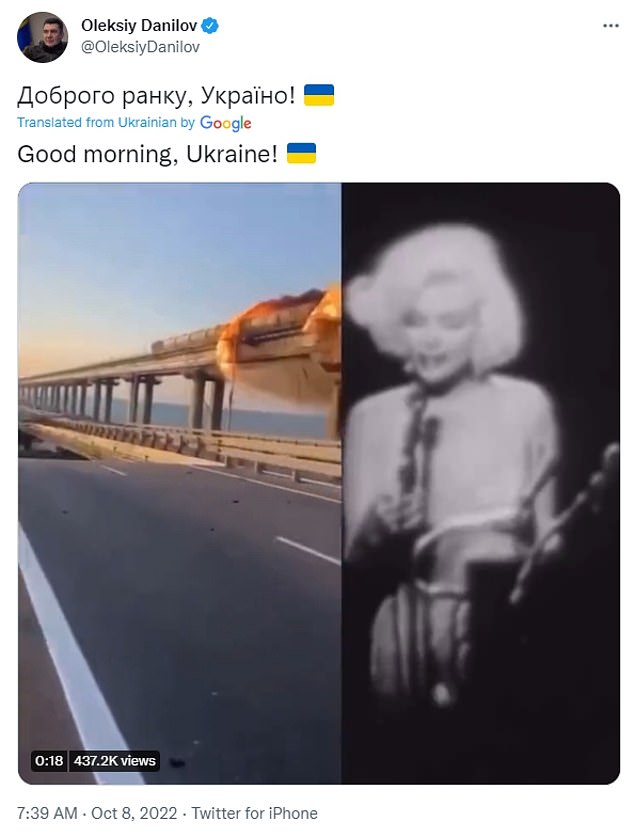 Mr Danilov shared the post on Twitter with the caption ‘Good morning, Ukraine!’ with the video racking up over 430,000 views.

Meanwhile, a senior Ukrainian military official jokingly told the New York Times: ‘Putin should be happy. Not everyone gets such an expensive present on their birthday.’

Many others mocked Putin on social media the day after his birthday as Ukraine continues to regain more territory from Russia in the south and east of the country. 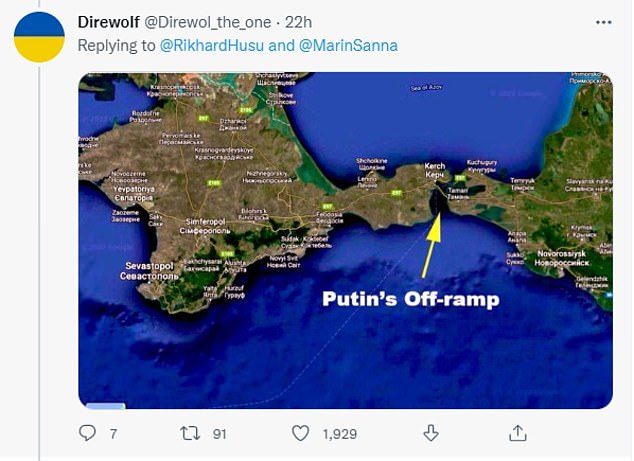 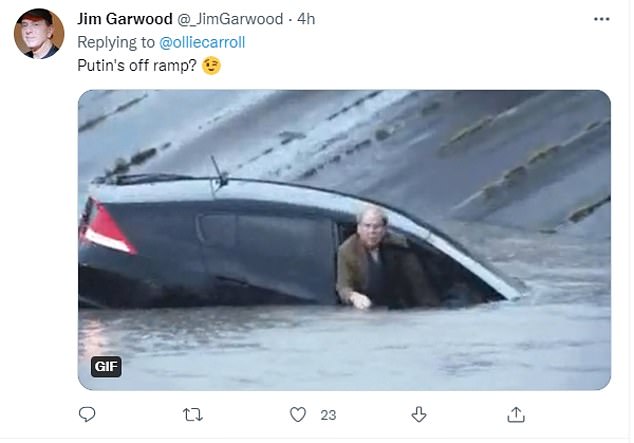 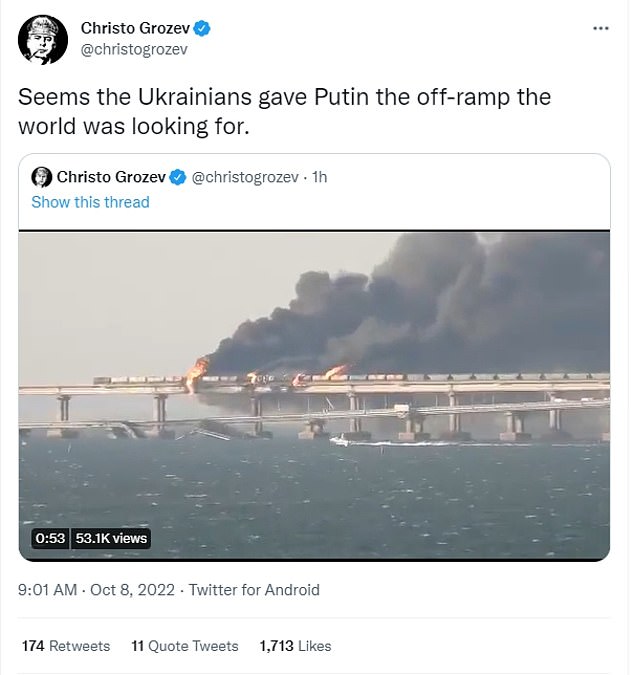 Ukrainians joked about the destroyed bridge, part of which has collapsed into the water below, being Putin’s ‘off-ramp’

It is in reference to US President Biden’s comment: ‘We are trying to figure out, what is Putin’s off ramp? Where does he find a way out?’

Biden was speaking in relation to Putin trying to find a way out of the war after he annexed four regions in eastern Ukraine, despite not having full control of them.