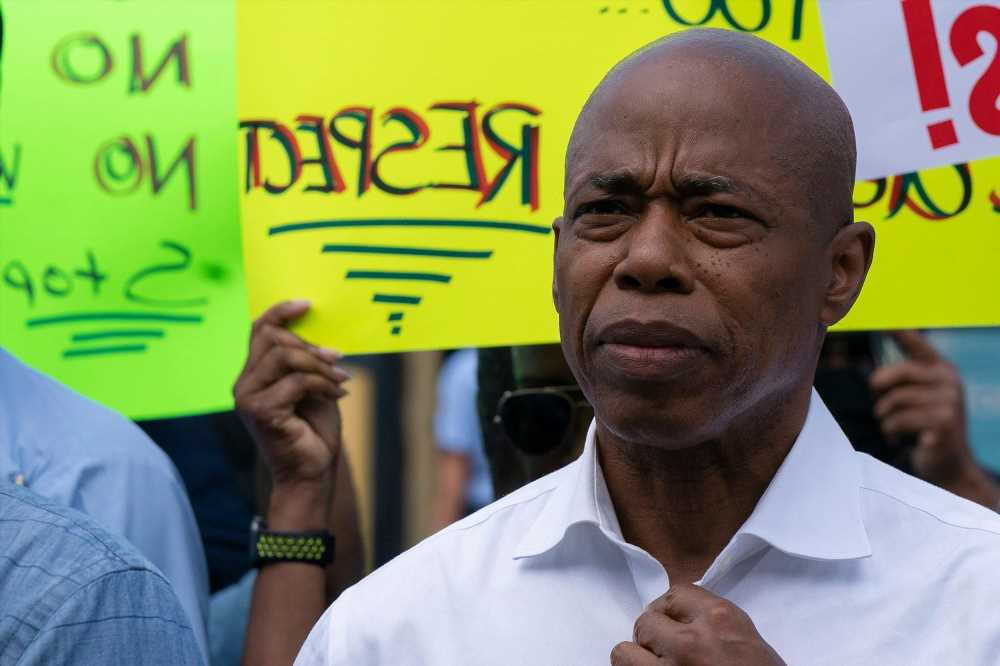 An armed feud between two men on an MTA bus spilled into the street outside of Eric Adams’ Brooklyn campaign office on Sunday — where the gunman tossed his firearm before fleeing, police and witnesses said.

The afternoon fracas aboard the B44 bus on Nostrand Avenue near Sterling Street in Crown Heights was witnessed by the mayoral hopeful’s campaign staff, who guarded the gun until police arrived, according to Adams’ campaign spokesman Evan Thies.

“Look, any time anybody sees a gun on the street in broad daylight after a fight, it’s jarring,” Thies said. “It’s just the kind of thing New Yorkers are living with these days.”

Police confirmed they recovered a black and tan colored gun from the street at about 1:45 p.m.

The gun ended up there after one of two men fighting on the bus pulled it out, then dropped it and fled, police said.

The other man involved in the feud picked up the gun and then tried to hand it off to the 32-year-old bus driver, according to police.

One witness, local store owner Abdul, said the bus driver then tossed the gun onto the street.

But police said the bus driver refused to take possession of the firearm, so the other man tossed it outside the driver’s window.

The suspect who pulled out the gun was last seen running west on Sterling Street, police said. He was still being sought late Sunday.

“THIS is the real public safety threat Eric keeps talking about. We must get serious about these guns,” Adams’ chief of staff, Ryan Lynch, who was inside the office at the time of the incident, wrote on Twitter.

Another local store owner, who only identified himself as Mike, decried what he said described a recent uptick in guns in the neighborhood.

“It’s crazy. There’s a lot of guns out here,” he said while stocking shelves.