Not fur you! Grumpy koala called ‘Sheriff’ glares at another marsupial enjoying his breakfast as he waits to be fed at an animal hospital

If looks could kill this poor koala would be in seriously trouble.

Hungrily eating his breakfast, Soni the koala has no idea that another marsupial is watching him with intense jealously.

Sheriff, who is four, was mauled by a dog and brought into Port Stephens Koalas, a hospital for injured koalas, north of Newcastle, New South Wales.

Hilarious footage shared by carers at the centre showed Sheriff watching as Soni enjoyed his breakfast on Thursday.

‘He’s not impressed,’ the carer was heard saying in the clip. 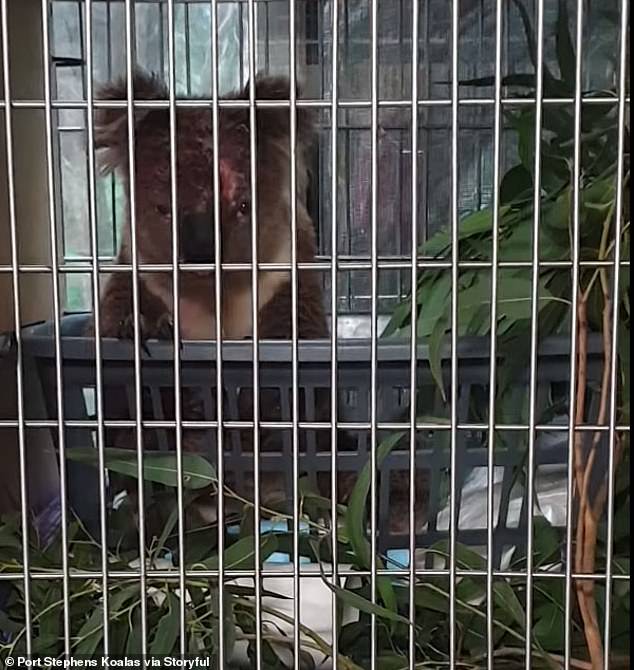 ‘He just got out of his basket and he’s gotten back in and he’s just waiting patiently for his breakfast.’

However once she caught sight of the marsupial again she quickly changed her mind about the manner in which he was waiting.

‘Maybe not so patiently,’ she joked.

Sheriff was glaring down the camera with his forehead furrowed in anger as he watched Soni munch on his breakfast.

He began to rest his head on his paws before licking his lips as he eagerly awaited his turn.

Sheriff was badly injured and ‘very traumatised’ after he was mauled by a dog.

He had fur torn from around his eyes and puncture wounds to his head, arm and back. 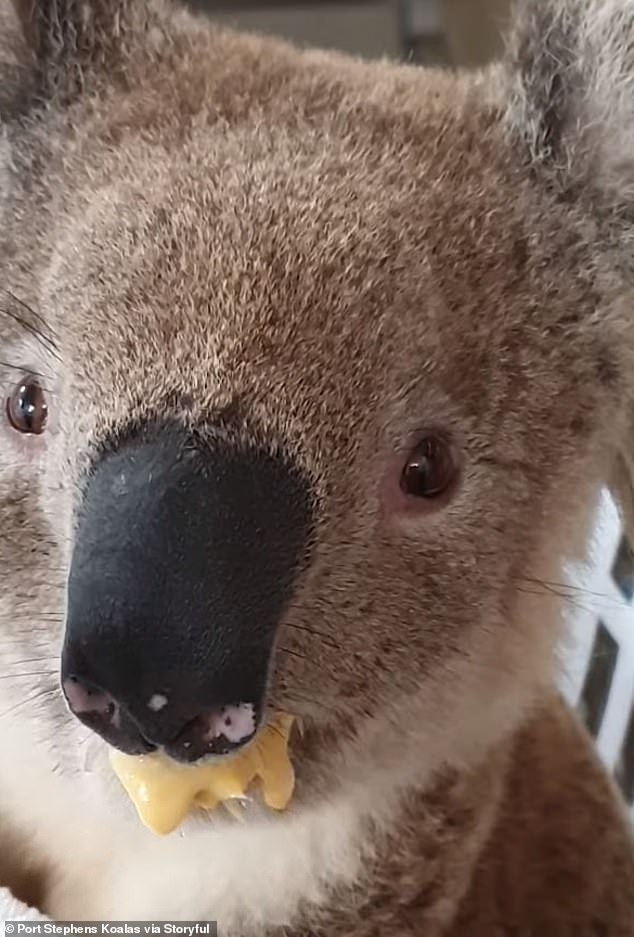 Soni was being treated for exhaustion following a heatwave.

Port Stephens is one of several animal rescue hospitals who have been inundated with koalas since the bushfires began in September 2019.

Thousands of koalas are believed to have died in the blazes, particularly those on Kangaroo Island.

Koala numbers have plummeted by a third in the 20 years between 1990 and 2010 due to habitat destruction, deforestation, fragmentation, cars and dogs. 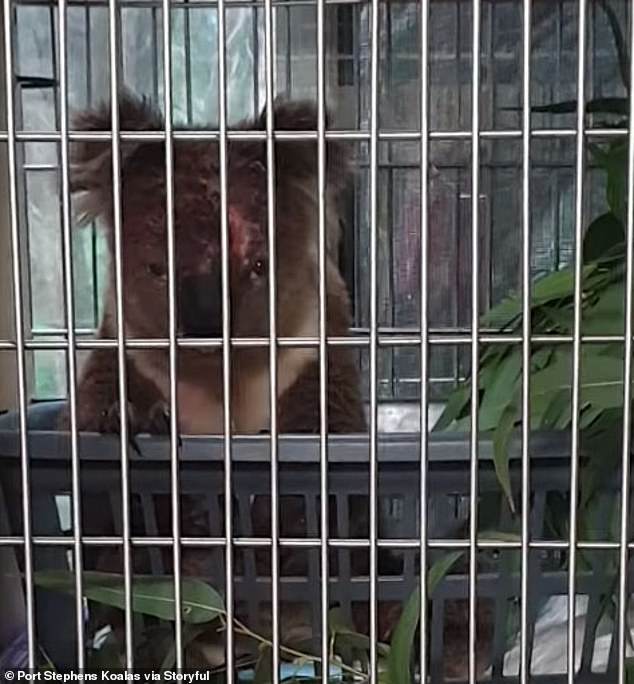 Due to the destruction of their native habitat, koalas are on track to become completely extinct by 2050.

Experts fear this process will be accelerated after huge swathes of the koala population were wiped out by bushfires.

‘And so the population in Australia isn’t great. That’s just due to the habitat destruction, so we just need to make sure that we’re not cutting down their trees and we’re planting new ones.

‘They say they will genetically extinct by 2050, because the populations still there are just becoming smaller and smaller. It’s very sad.’

Experts at the WWF Australia now estimate around one billion animals have perished in the fires.