Hundreds of Greek villagers have been taking to the streets in anger over the asylum-seekers they claim want to ‘Islamize the western world’.

The coastal area of Makrygialos is one of many areas in mainland Greece where the government is locked in a tug of war with local communities over the housing of migrants.

Just months after the new conservative administration took over promising to get tough on migration, deadlock is rapidly emerging over where to accommodate tens of thousands of asylum-seekers currently languishing in overcrowded, unsanitary camps on five islands facing Turkey. 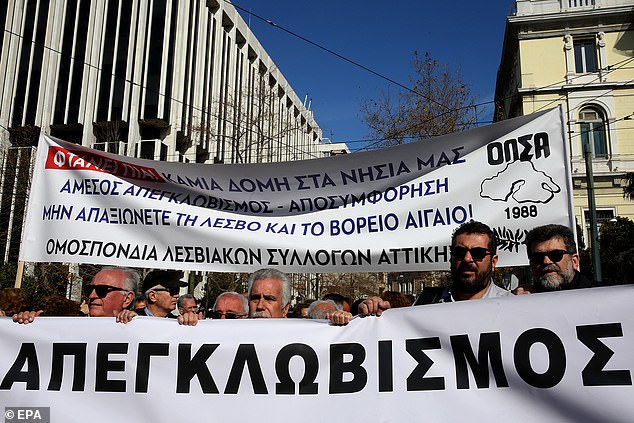 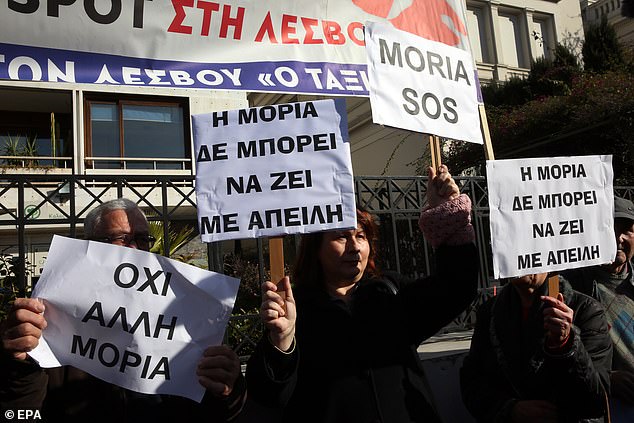 Protests against the 38,000 people in the camps on Lesbos, Samos, Chios, Leros and Kos despite an official capacity of 6,200 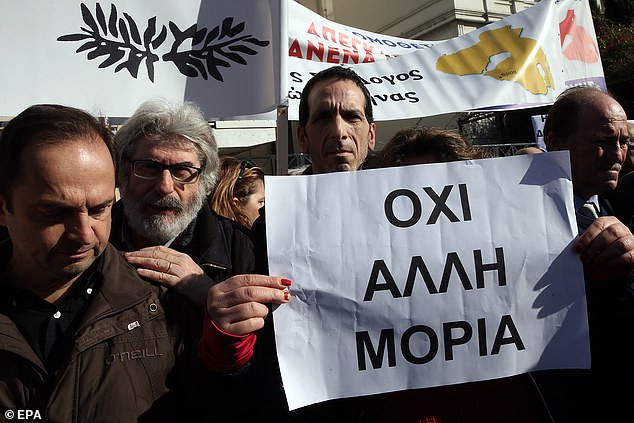 There are more than 38,000 people in the camps on Lesbos, Samos, Chios, Leros and Kos despite an official capacity of 6,200.

Island officials and residents have told the government that after five years on the front lines of the European migration crisis, they are no longer prepared to accept thousands of asylum-seekers in their midst.

But while the administration of Prime Minister Kyriakos Mitsotakis tries to alleviate the problem by relocating thousands of migrants to other parts of Greece, many communities on the mainland are also stonewalling the move.

‘We are determined to defend our homeland. We will do anything to keep them out,’ says Tasos Yiakoumis, a lawyer taking part in an anti-migrant protest in Makrygialos, a coastal village 280 miles north of Athens.

Some 300 people have gathered to protest against plans to house 200 asylum-seekers in a disused former home for the mentally ill.

‘We know their plan, they want to Islamicise the entire western world. This shall not pass,’ Yiakoumis shouts at the crowd through a microphone. 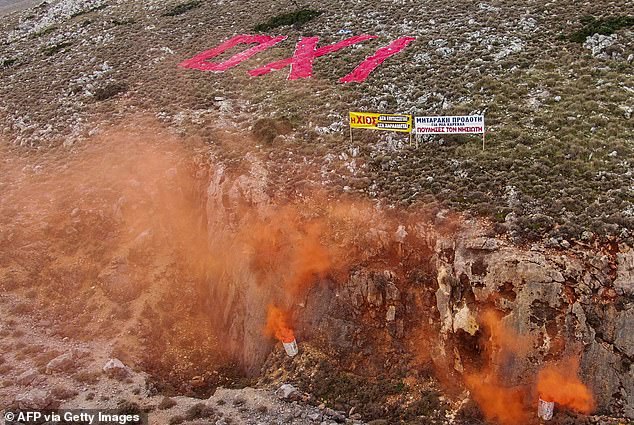 Residents have raised banners made of cloth reading ‘No’ on a mountain slope on the provincial road of Chios, Volissos 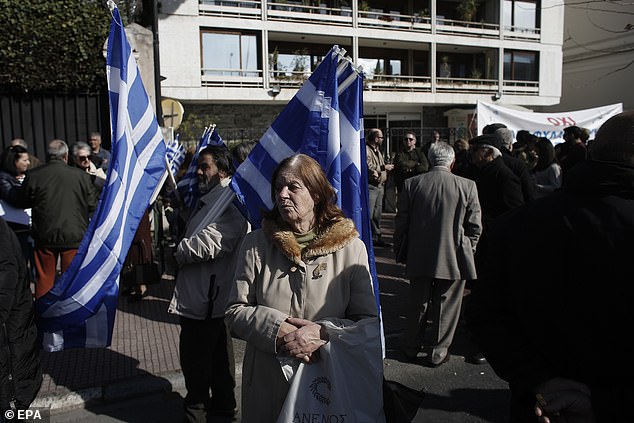 Another speaker claims that ‘refugees steal children’ and that ‘most people coming to Greece have criminal records and are hunted in their home countries.’

‘This is a tourist area. Which tourist would want to vacation next to a (migrant shelter)?,’ asks local mayor Anastasios Manolas, a former career army officer.

Similar protests have taken place in other parts of northern Greece in recent months, with locals banding together to keep out buses bearing asylum-seekers from the islands.

Last week, parents in a kindergarten in the village of Vrasna refused to share the building with a small number of refugee children, who were forced to seek schooling elsewhere.

Meanwhile, critics note that the conservatives only have themselves to blame by repeatedly describing asylum-seekers in negative terms. In November, Prime Minister Kyriakos Mitsotakis said refugees and economic migrants are ‘besieging’ Europe. 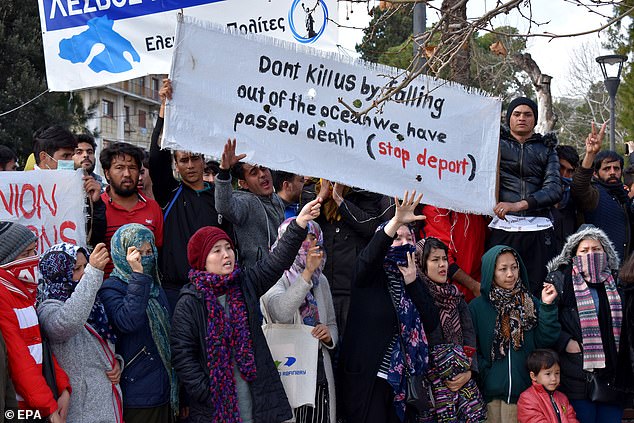 Asylum seekers who live in Moria camp, hold placards and shout slogans during a protest over better living conditions and faster asylum procedures 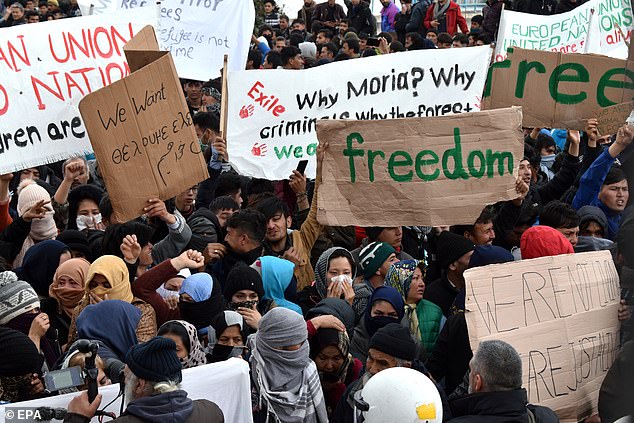 The refugees in the town of Mytilini, Lesvos, Greecem protest the conditions they are living in 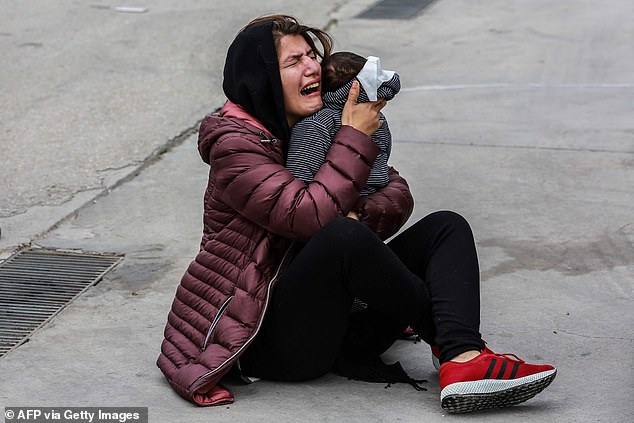 A migrant holds a child during clashes with riot police as refugees and migrants demonstrate outside the Kara Tepe camp, on the island of Lesbos

The new conservative government which came to power in July has announced that the island camps on Lesbos, Samos and Chios are to shut down this year.

They are to be replaced with new, smaller facilities that are to be operational by mid-2020.

But the islanders say they will only accept small facilities where asylum-seekers are to be screened, and then either moved to the mainland, or sent back to Turkey outright.

The ongoing deadlock, five years after the height of the migration crisis, has caused exasperation among both island residents and asylum-seekers in the camps, where violence is rife.

After extended talks with officials on the islands led nowhere, the government last week caused further anger by announcing that land could be requisitioned for a three-year period to build the new facilities.

The islanders responded by taking their protest to Athens on Friday. On Monday, Mitarachi said the government would give island officials a week to suggest alternative locations for the new camps. 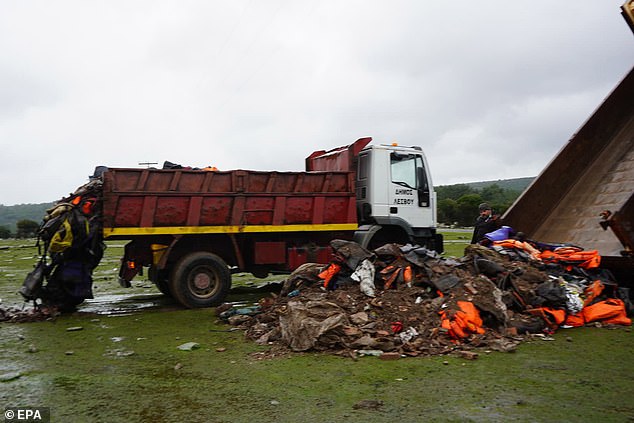