This is the comical moment a Great Dane was kept at bay by the sounds of his owner’s snores.

The canine named Oliver was filmed staring at his tired owner as he tried to sleep at his home in Bristow, Oklahoma.

Just moments later, the dog’s owner decided to release a series of snoring sounds, leaving Oliver scared by the noise and eventually retreating. 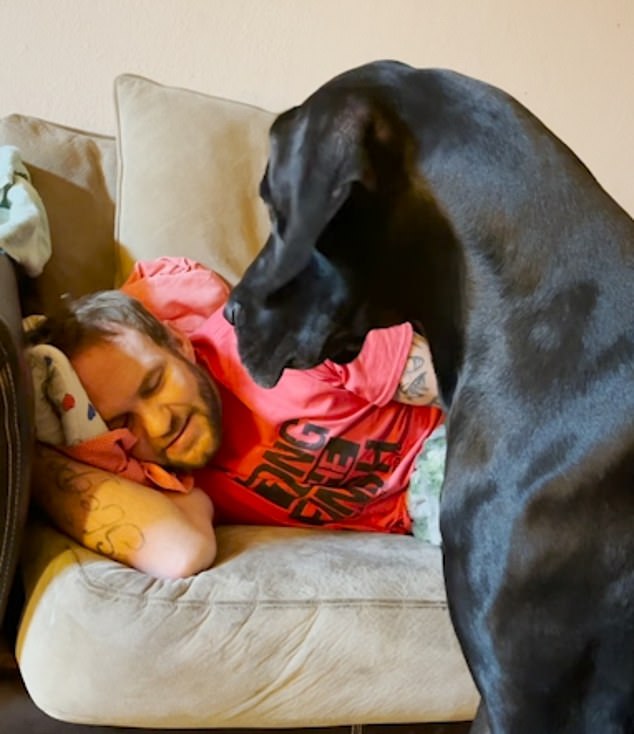 The Great Dane named Oliver stares at his owner as he tries to sleep at his home in Bristow, Oklahoma

In the footage, which was filmed on August 26, Oliver’s owner attempts to sleep on his couch as his dog stares at him and refuses to leave his side.

As the dog draws closer, the owner releases a series of loud snores and watches with amusement as Oliver fearfully jolts back every time.

The dog tries to creeps closer once again but the sound makes him jump backwards once more.

Oliver then takes another step towards his owner but one final snore sends him to the ground.

The owner then begins to laugh as he watches his startled dog quickly run away.

Oliver’s owner told Viral Hog: ‘This is a video of me and my dog Oliver. I was trying to sleep but he wouldn’t let me.’ 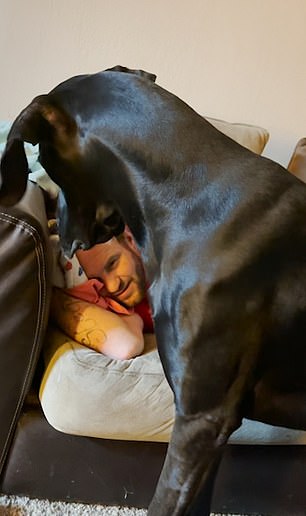 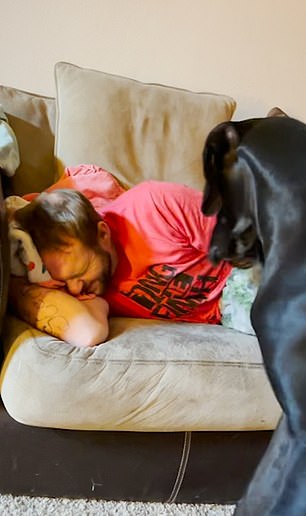 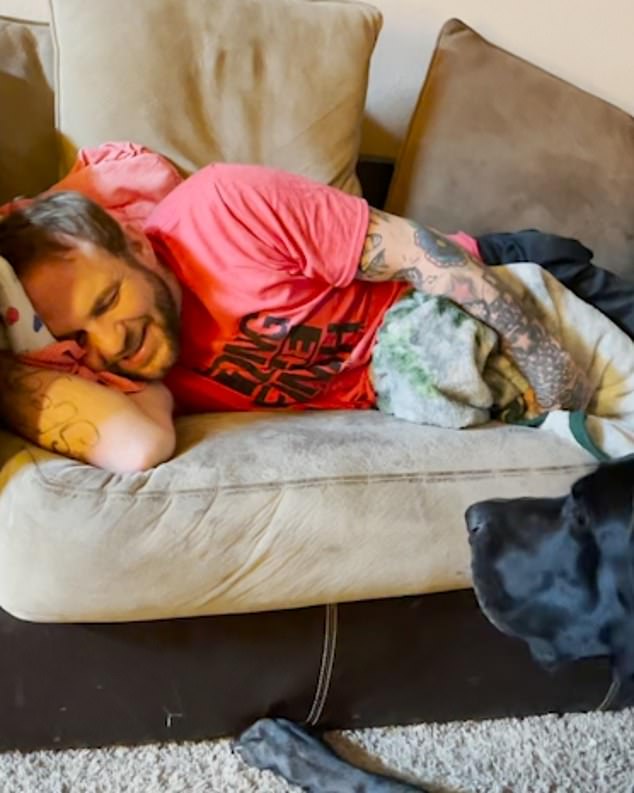 Despite their size, Great Dane’s, also known as the German mastiff or Deutsche dog, are notoriously afraid of many things just like the famously fragile Scooby Doo.

In April, Chris Fulton and wife Wylie, from Ontario in Canada, who bought a huge Great Dane-cross hoping he would grow up to be a guard dog revealed he was ‘terrified of everything’ even socks.

The couple adopted 4ft Brewski when he was seven weeks old and hoped he’d grow to be big enough to act as a guard dog.

But despite his huge size, the dog was filmed running away from smaller animals, vegetables, pieces of plastic and even loud sounds.

”I’m proud to collaborate with partners who have their ear to the ground and know when it’s time to hit...