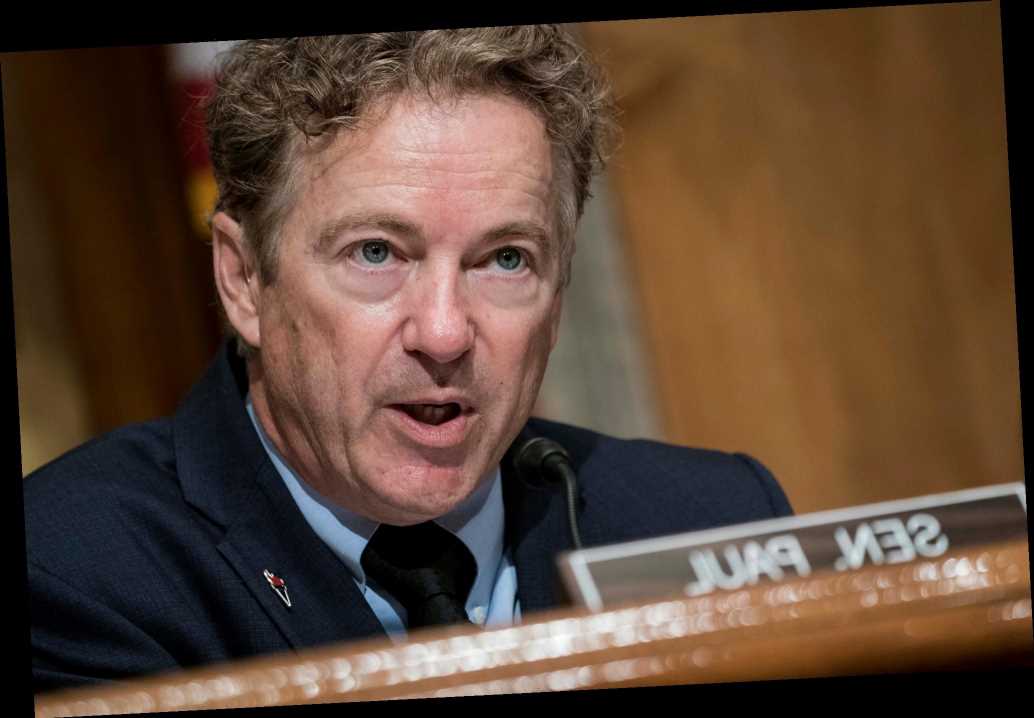 Oklahoma trying to get rid of $2M worth of hydroxychloroquine

Republican senators are blasting Democrats for moving ahead with an impeachment trial against former President Donald Trump after 45 GOP senators voted that it was unconstitutional, with Sen. Rand Paul calling the trial “dead on arrival.”

Paul of Kentucky spoke Tuesday afternoon on the Senate floor against the trial, noting that it would be unconstitutional to impeach a former president.

In a Twitter post, he said “45 Senators agreed that this sham of a ‘trial’ is unconstitutional. That is more than will be needed to acquit and to eventually end this partisan impeachment process. This ‘trial’ is dead on arrival in the Senate.”

Paul, in an interview later Tuesday on Fox News, pointed out that Democrats, including Rep. Maxine Waters, urged her supporters to harass Trump administration members over the former president’s immigration policies.

Paul was referring to June, 2018, remarks by Rep Waters where she told a crowd, “Let’s make sure we show up wherever we have to show up. And if you see anybody from that Cabinet in a restaurant, in a department store, at a gasoline station, you get out and you create a crowd. And you push back on them. And you tell them they’re not welcome anymore, anywhere.”

“That sounds like an incitement to violence but nobody’s talking about impeaching Maxine Waters,” Paul said.

“So it’s a significant hypocrisy and double standard that they’re putting forward and they should be called out on it. Nobody should be shy about calling them out on their hypocrisy,” he continued.

Five Republicans — Sens. Susan Collins of Maine, Lisa Murkowski of Alaska, Ben Sasse of Nebraska, Pat Toomey of Pennsylvania and Mitt Romney of Utah — voted against their party to say the trial is constitutional and should continue.

The five voted along with 50 Democratic senators.

A two-thirds majority is needed in the chamber to find Trump guilty of the impeachment charge of “incitement of an insurrection” because of his speech before the Jan. 6 riot at the Capitol, carried out by supporters of the former president.

Sen. Lindsey Graham (R-SC) questioned why Democrats continue to pursue an impeachment trial when they know the votes aren’t there to convict.

“Why are they doing this? They’re afraid. I think Democratic senators are afraid of the left wing of their party, that if they don’t give some credibility to this trial that started in the House, they are in trouble,” he told Fox News’ Sean Hannity.

He suggested President Biden, who has vowed to unite the country, could put an end to the trial.

“And Joe Biden has been a huge disappointment thus far, not only on policy but on the idea that ‘I’m going to bring the country together.’ How easy would it be, Sean, for Joe Biden to say, ‘It is bad to impeach a president after they leave office, enough already with Donald Trump, let’s look forward’?” he said.

“So tells you a lot about Joe Biden’s ability and desire to bring us together by the fact that he’s sitting on the sidelines and his only comment has been, ‘I don’t think they have the votes,’” Graham said.